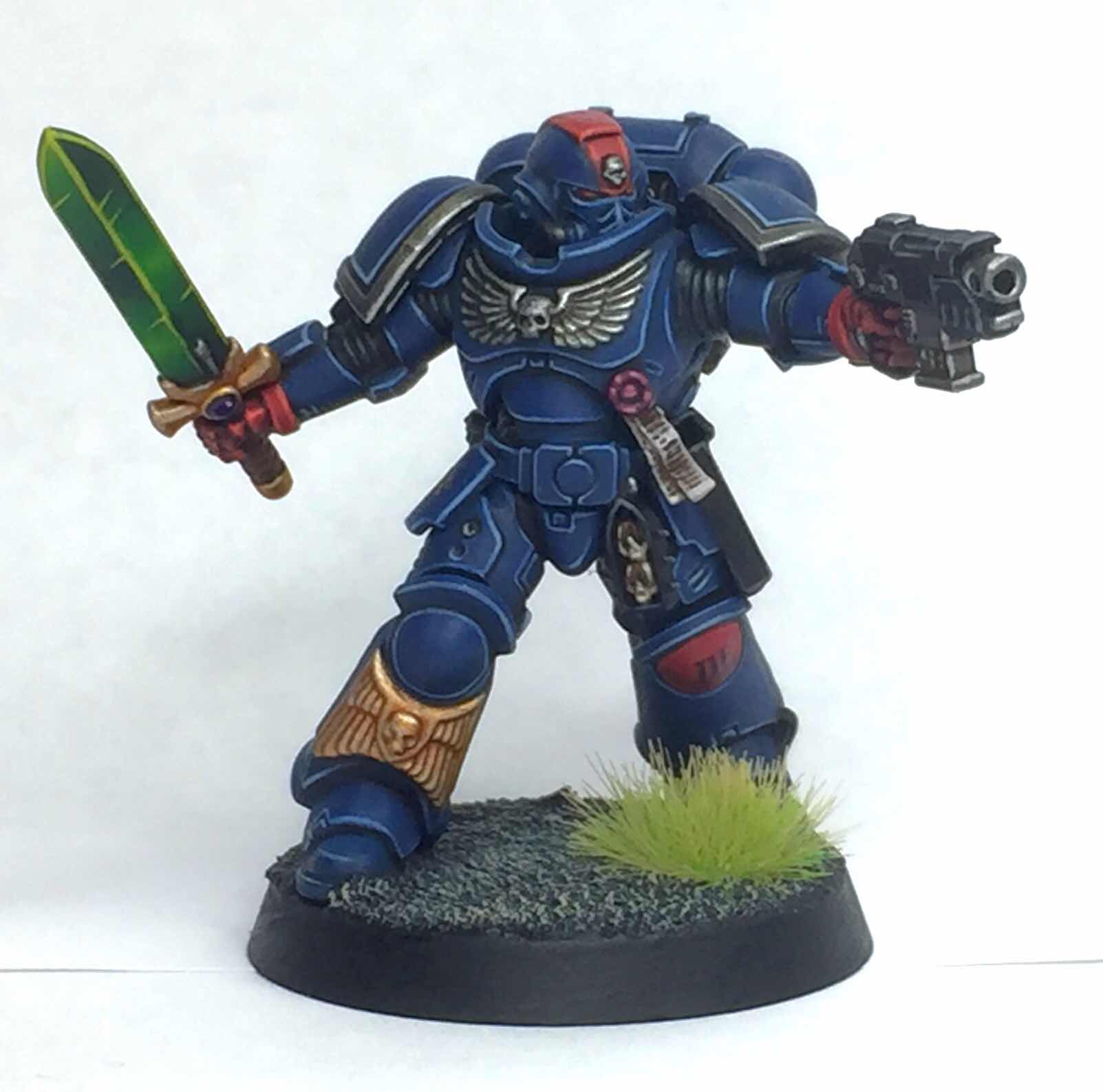 Lieutenants are pretty useful in the new edition of the game as they are both potent characters in their own right but also allow nearby units of marines to re-roll failed ‘to wound’ rolls of 1. When this skill is coupled with a Captain’s ability to re-roll ‘to hit’ rolls of 1 this greatly drives up the amount of damage Adeptus Astartes units can dish out to the foe each turn. 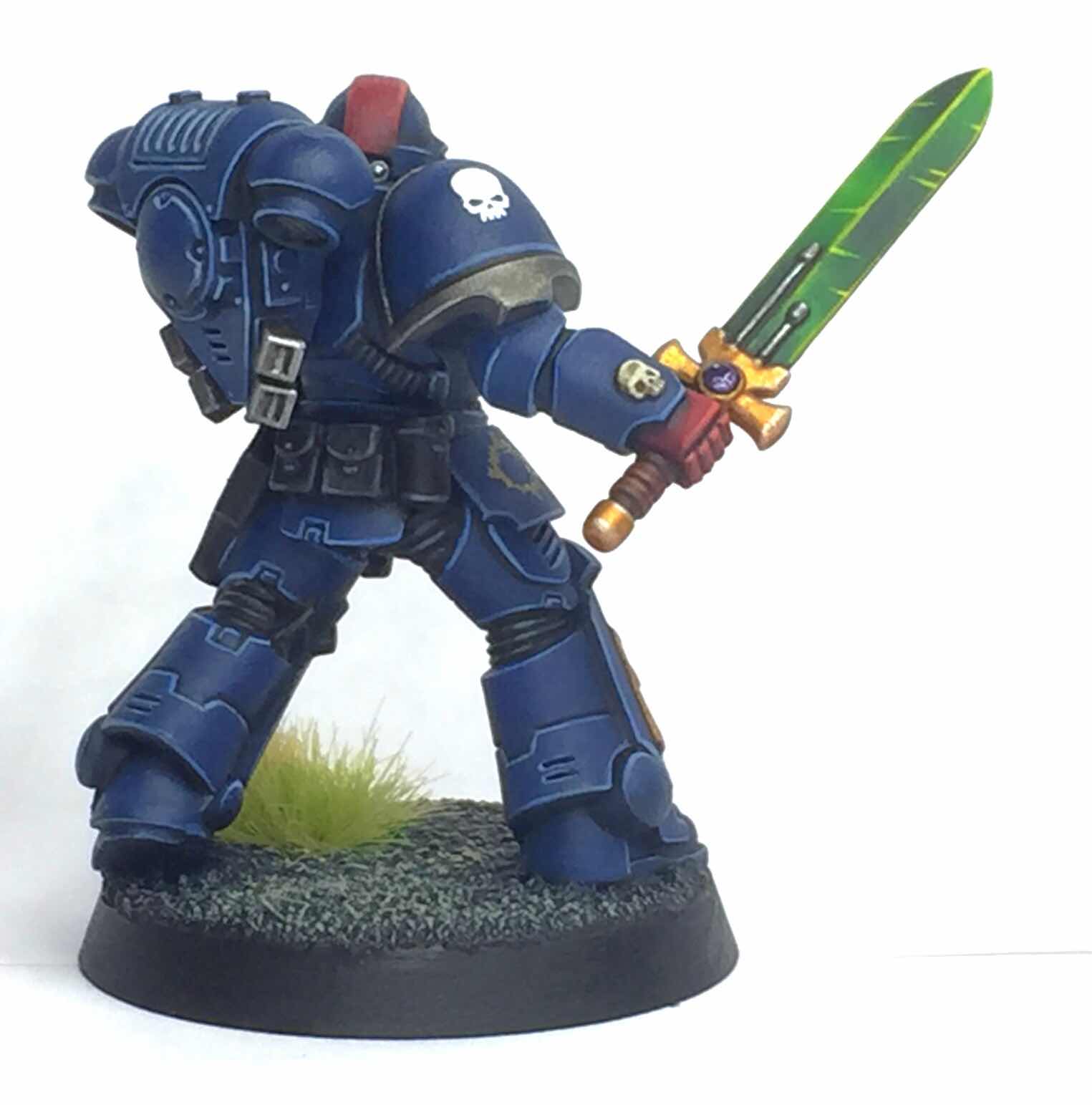 I used the same painting methodology and colours that I used on my earlier Captain and once again I’m really pleased with the results.

I repeated the green power sword effect as I really like the look of this type of blade and I want a consistent feel to my whole force. Again the blending was quite time intensive but I definitely think it was well worth it in the end! 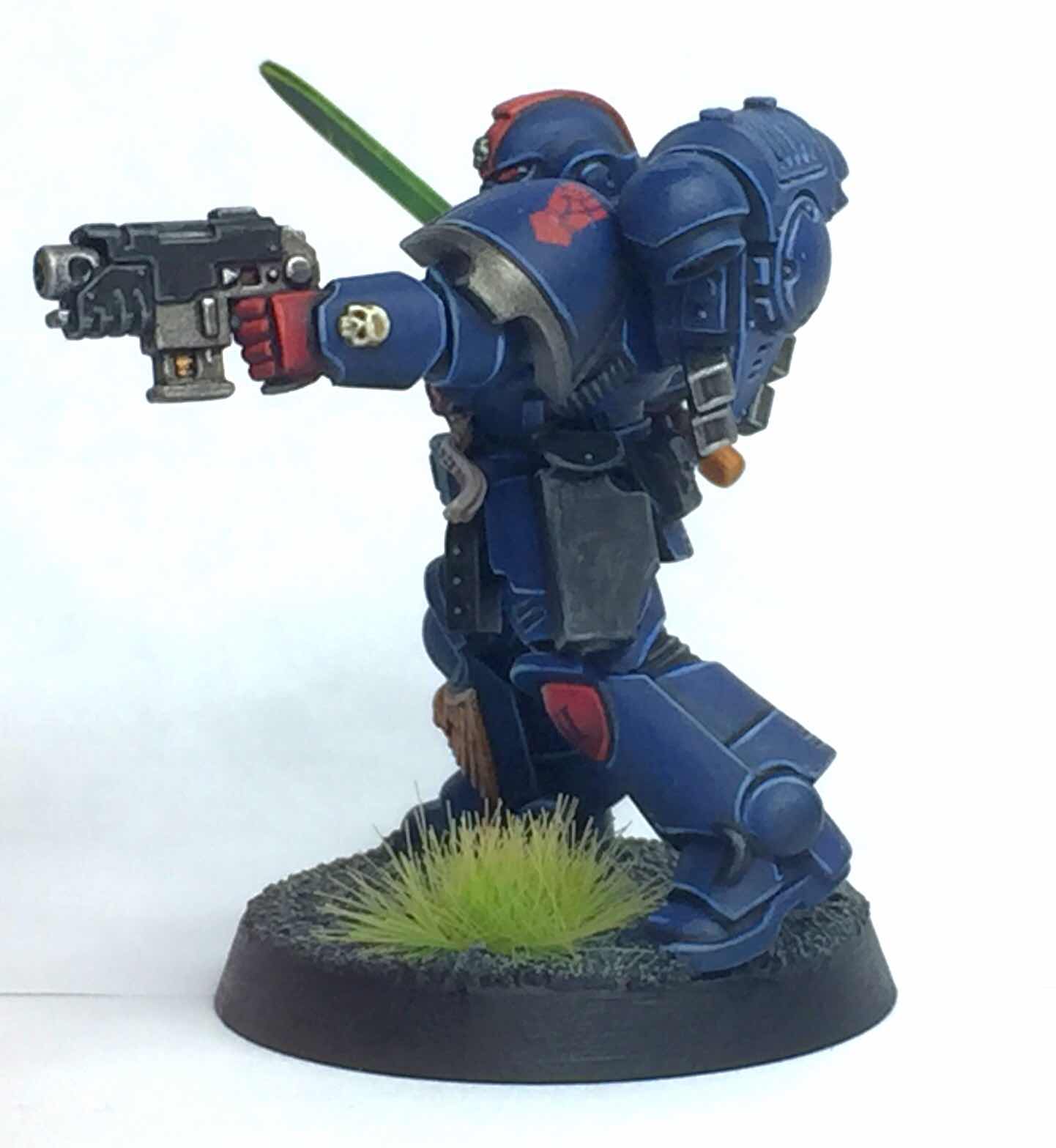 I finally have a game of 40k scheduled tomorrow which will be the first proper fielding of my new Primaris models... so hopefully these guys will live up to their reputation on the battlefield!

I’ll make sure that I let you know how it goes with a battle report next week!

Posted by LegioCustodes at 17:29