Now I openly admit that I am a dedicated skirmish gamer at heart...for me the sheer enjoyment of a small scale encounter focused around the heroic actions of a few brave individuals is the greatest on offer; and I love writing and playing out complex narratives for Warband style games! 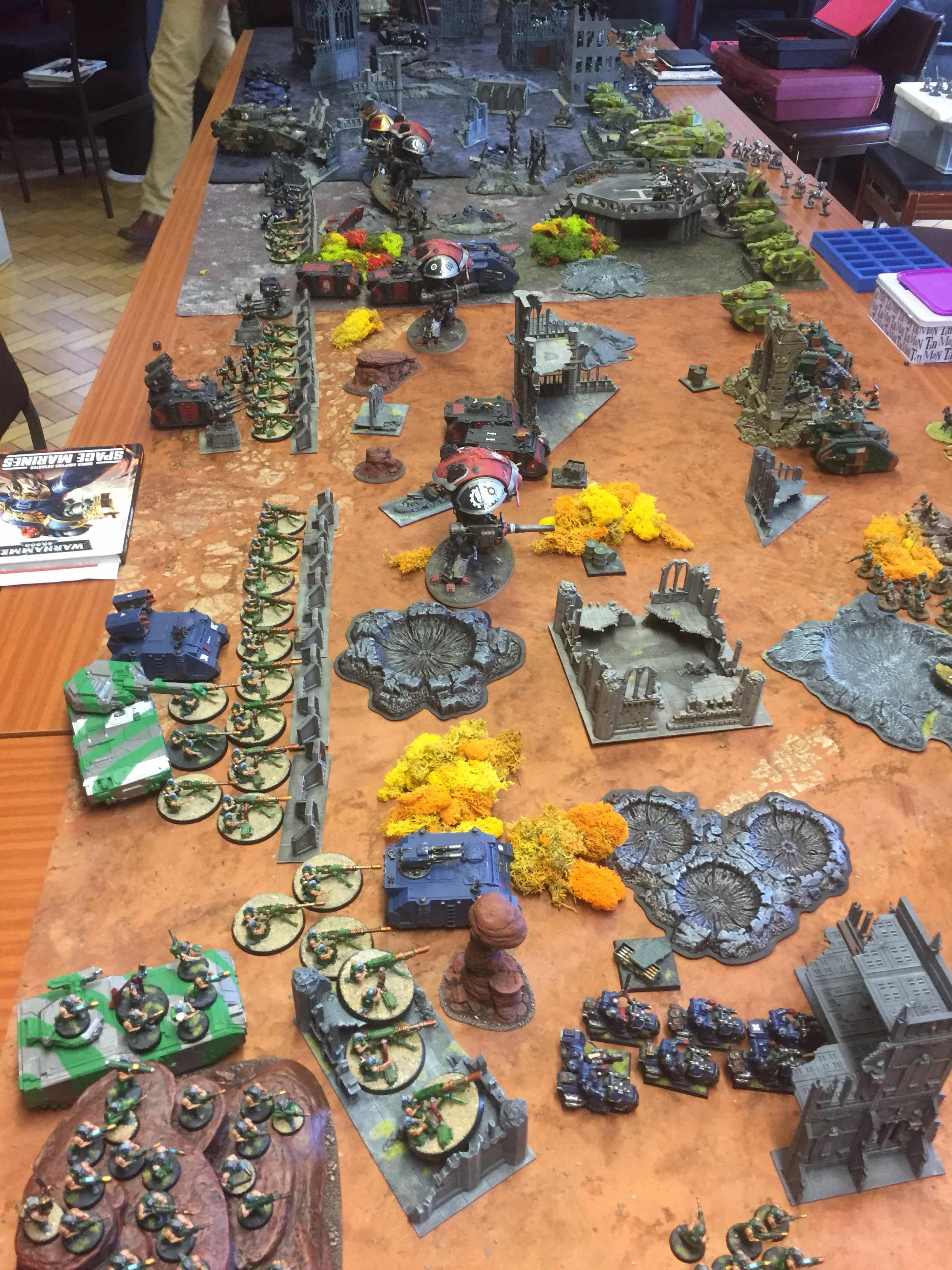 However that being said I fully accept that there are occasions when I also like to just have a massive battle with my mates.

There is something remarkably satisfying about getting as many models as you can on the table and the unleashing all hell on your foe. 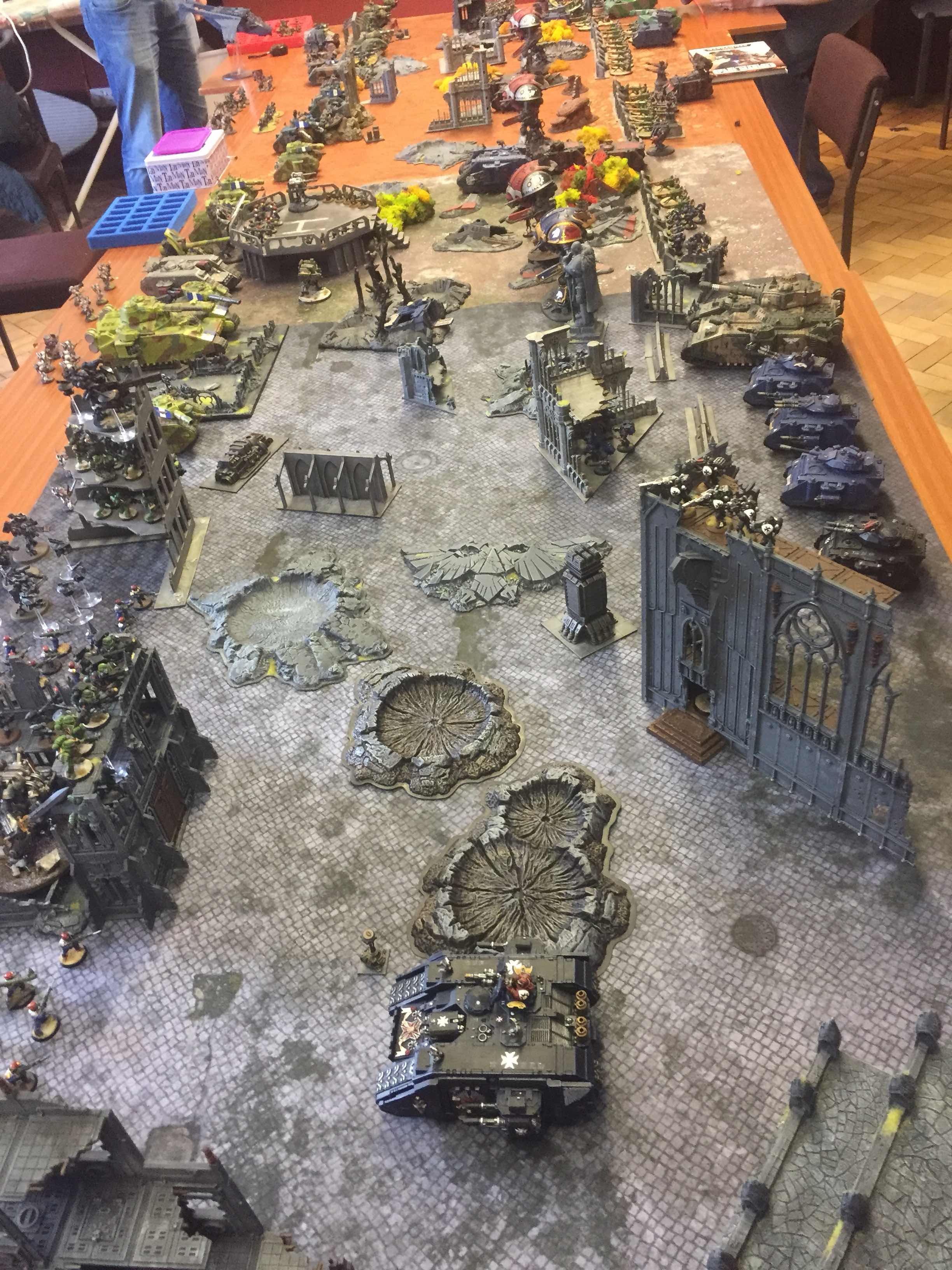 I’m lucky enough to have afairly extensive gaming group who all have decent sized armies and so we have the capability to facilitate these larger games when we meet up. 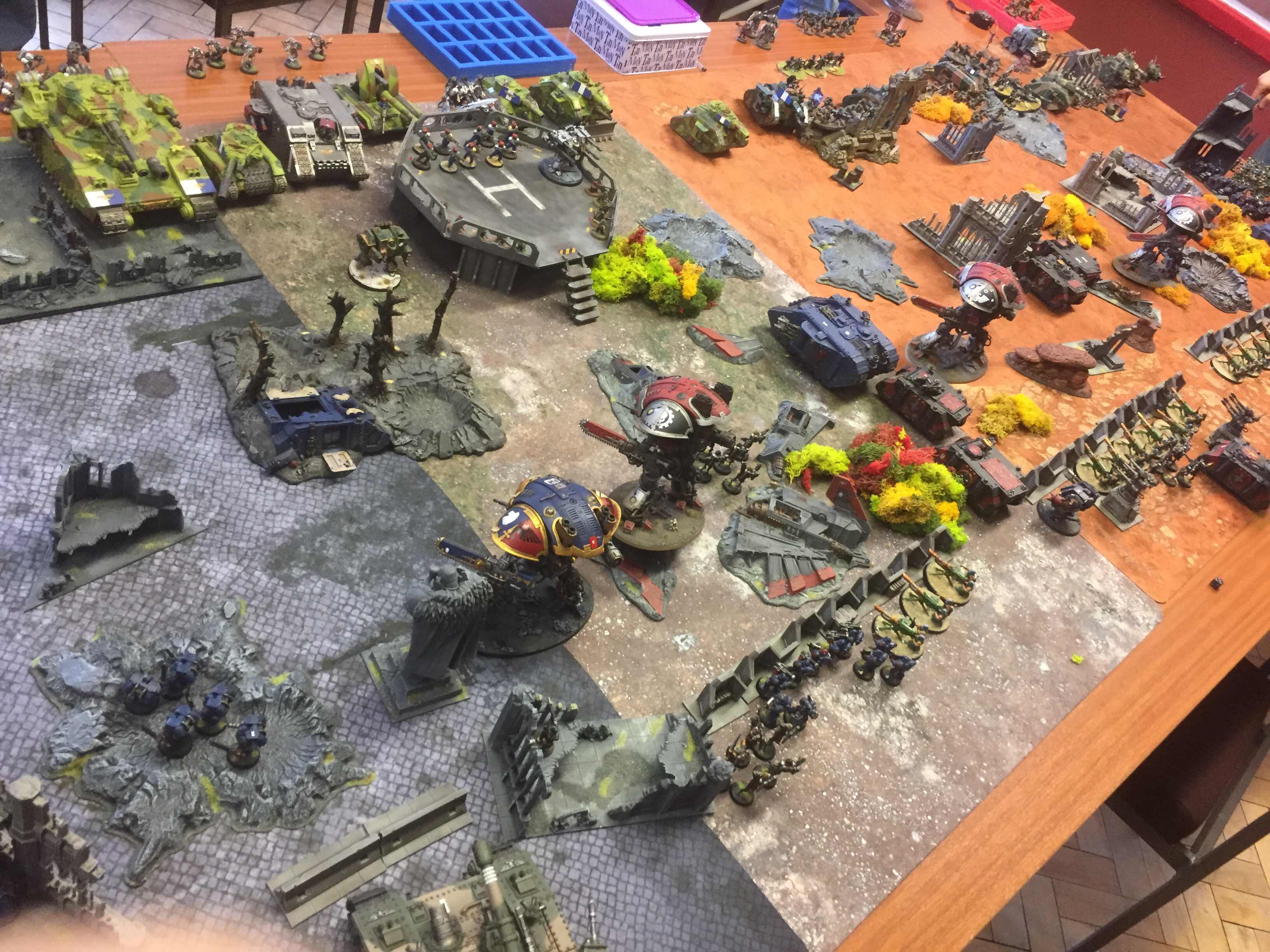 Our most recent game was absolutely huge and involved the deployment of a full battle company of Crimson Fists; a large contingent of Black Templars; a company of Imperial Guard and a detachment of Sororitas backed up by 4 Imperial Knights fighting against a force of Grey Knights and Salamanders supported a huge force of Imperial Guard including multiple super-heavy tanks. 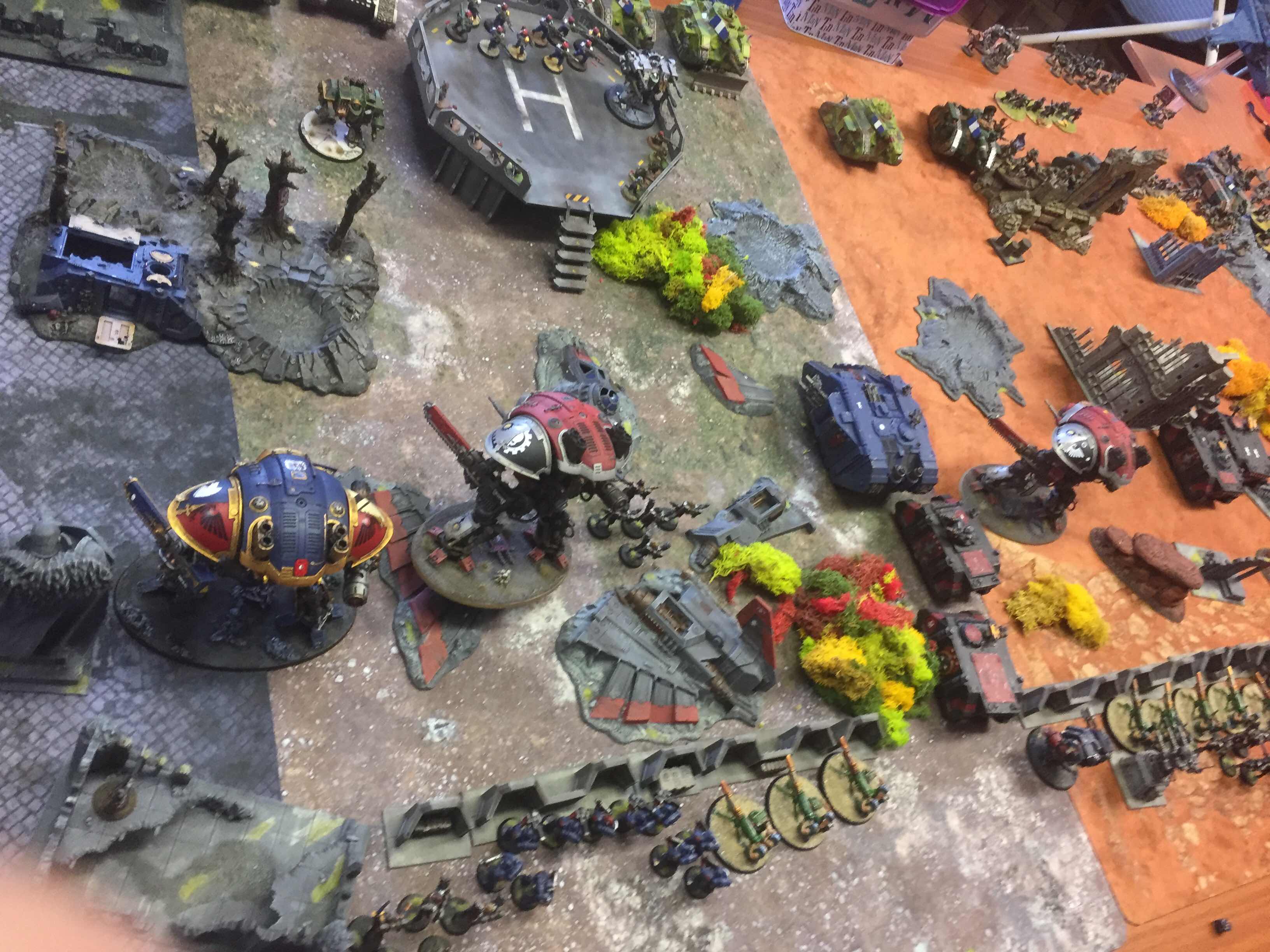 I’d like to say there were loads of cunning tactics in play and that each force had a well developed plan as out apocalyptic forces took the field... 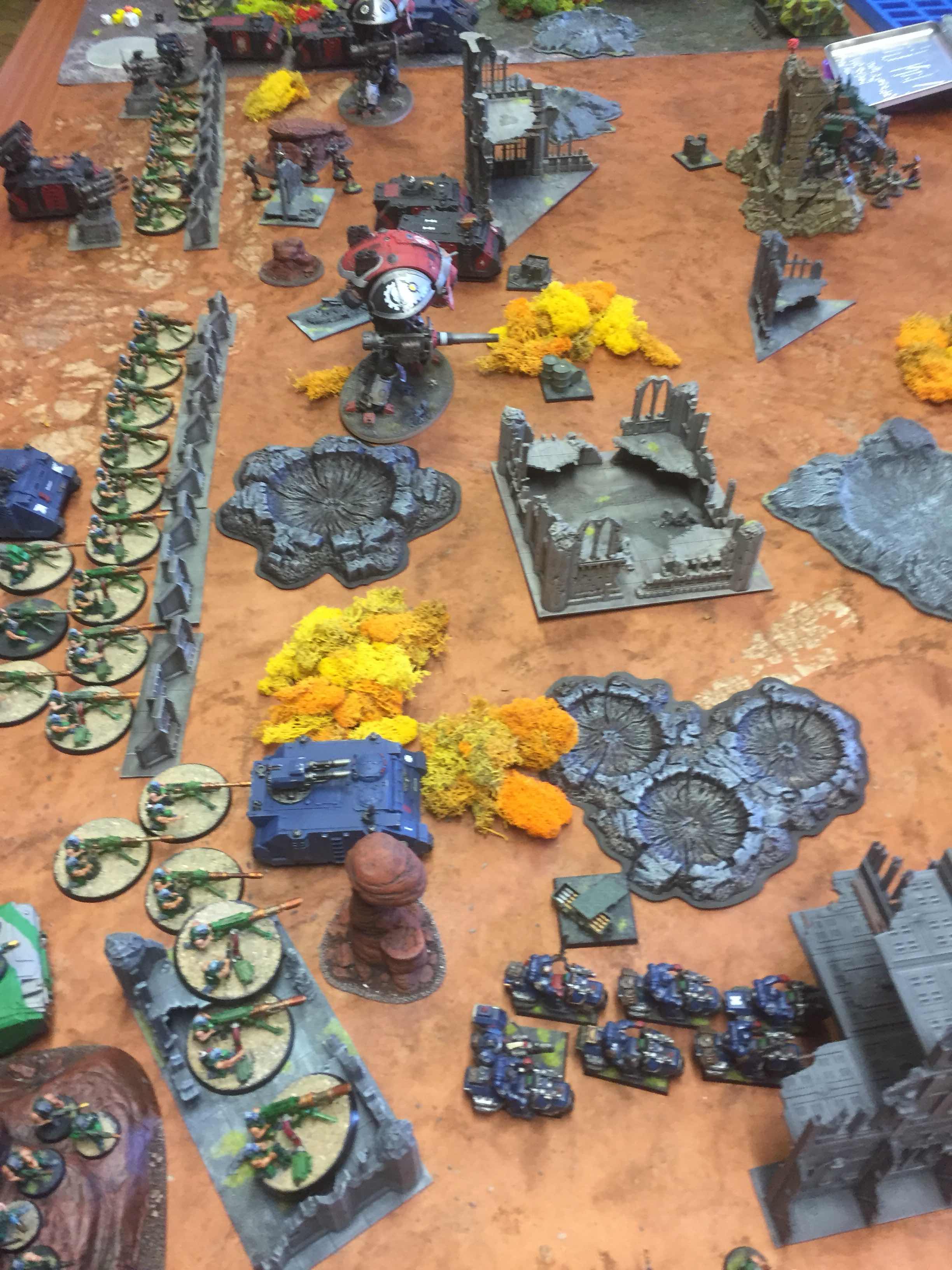 ... but that would be a lie! In games of this size there are so many soldiers involved that tactics essentially become moot and the focus is mainly on doing as much damage as possible! 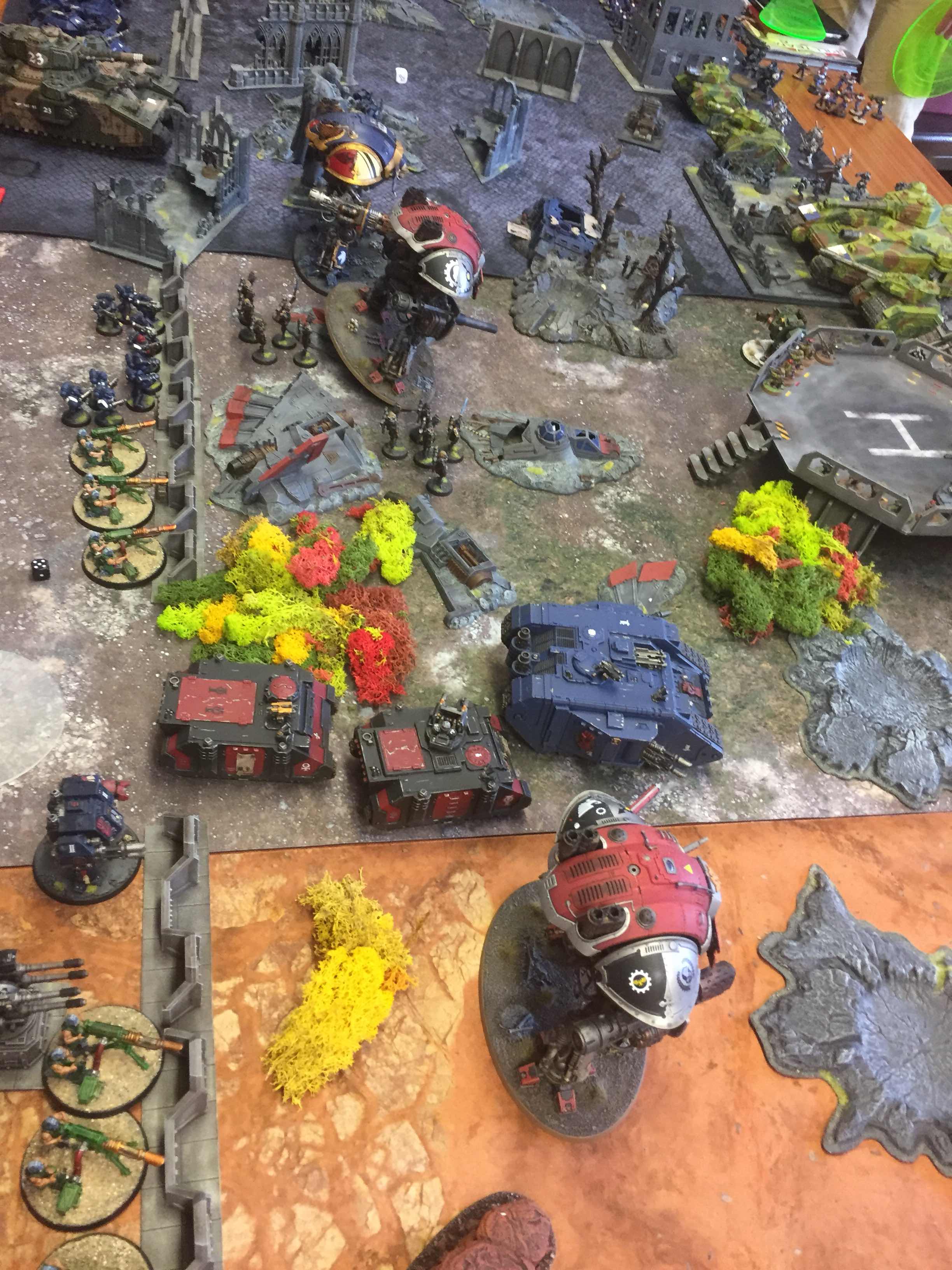 Nonetheless the whole thing was still great fun and it is an impressive spectacle to witness massed Tank divisions screeching across the tabletop as fifty foot tall walkers stomp around blowing shit up. 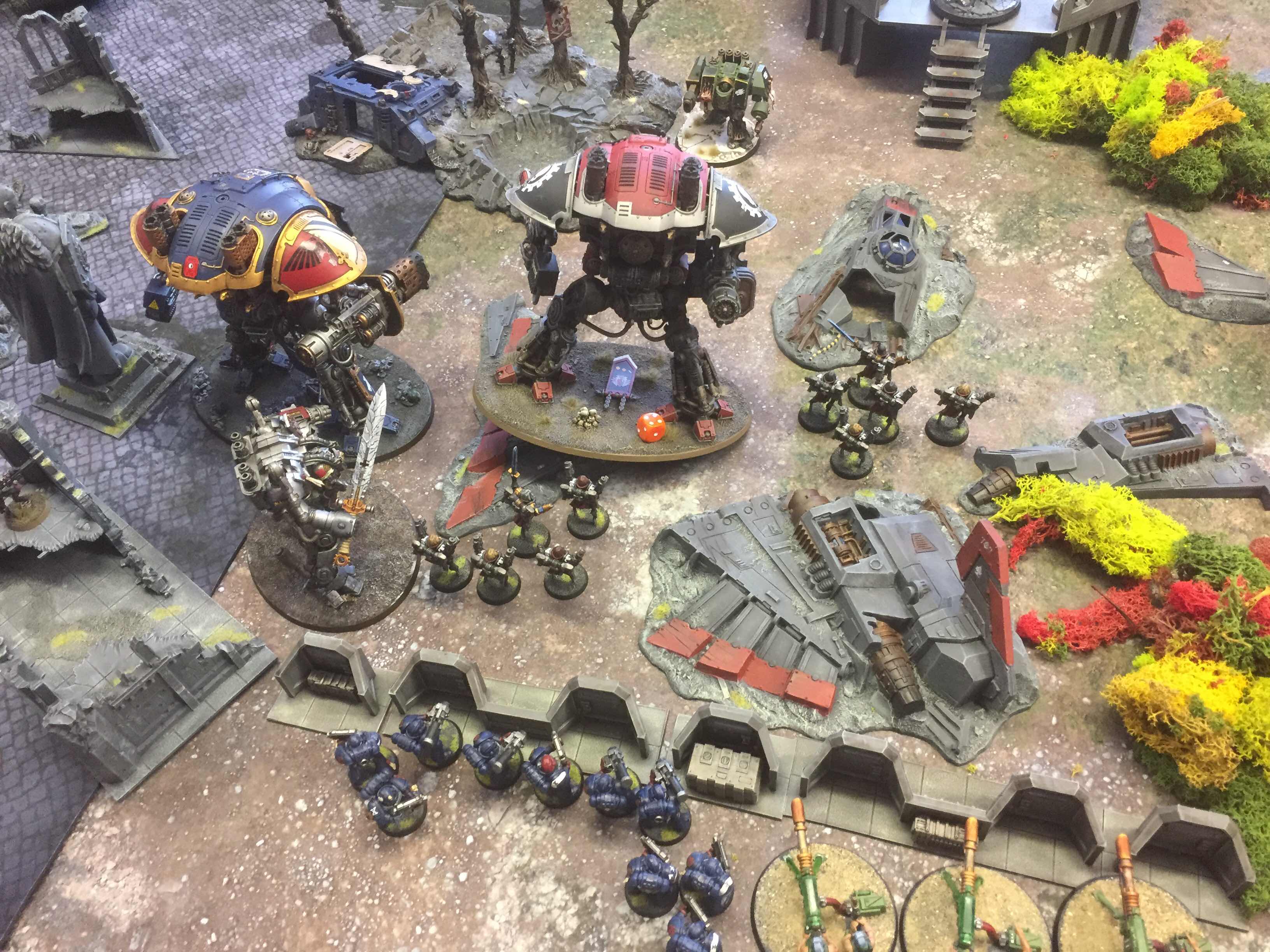 The destruction wrought on each side was epic; and at one point we were nearly sweeping models of the table with a broom! 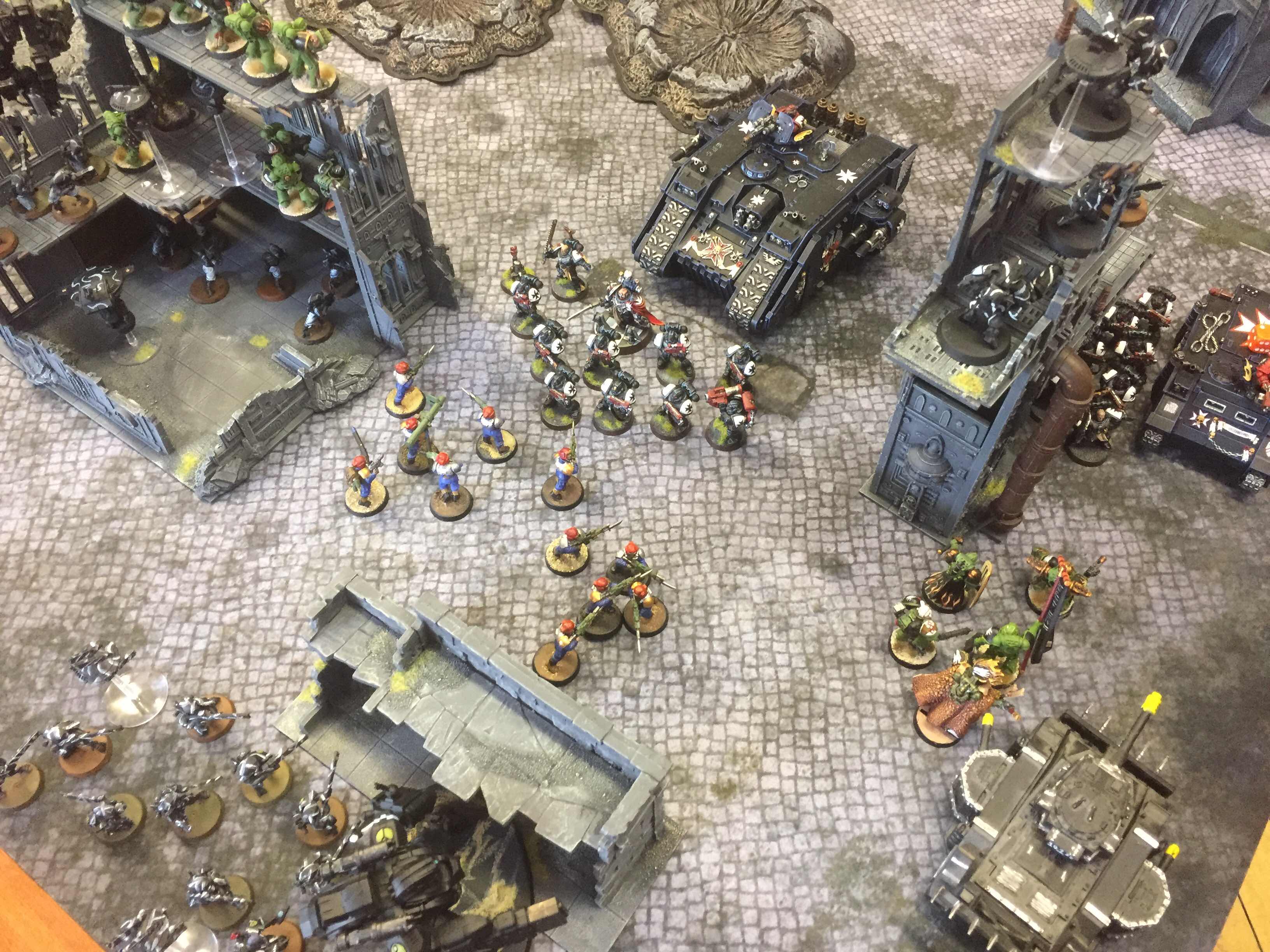 We all had an absolutely great time and a particular highlight for me was when two of my Imperial Knights ganged up on Kaldor Draigo (Chapter Master of the Grey Knights) in order to teach him a lesson in humility! 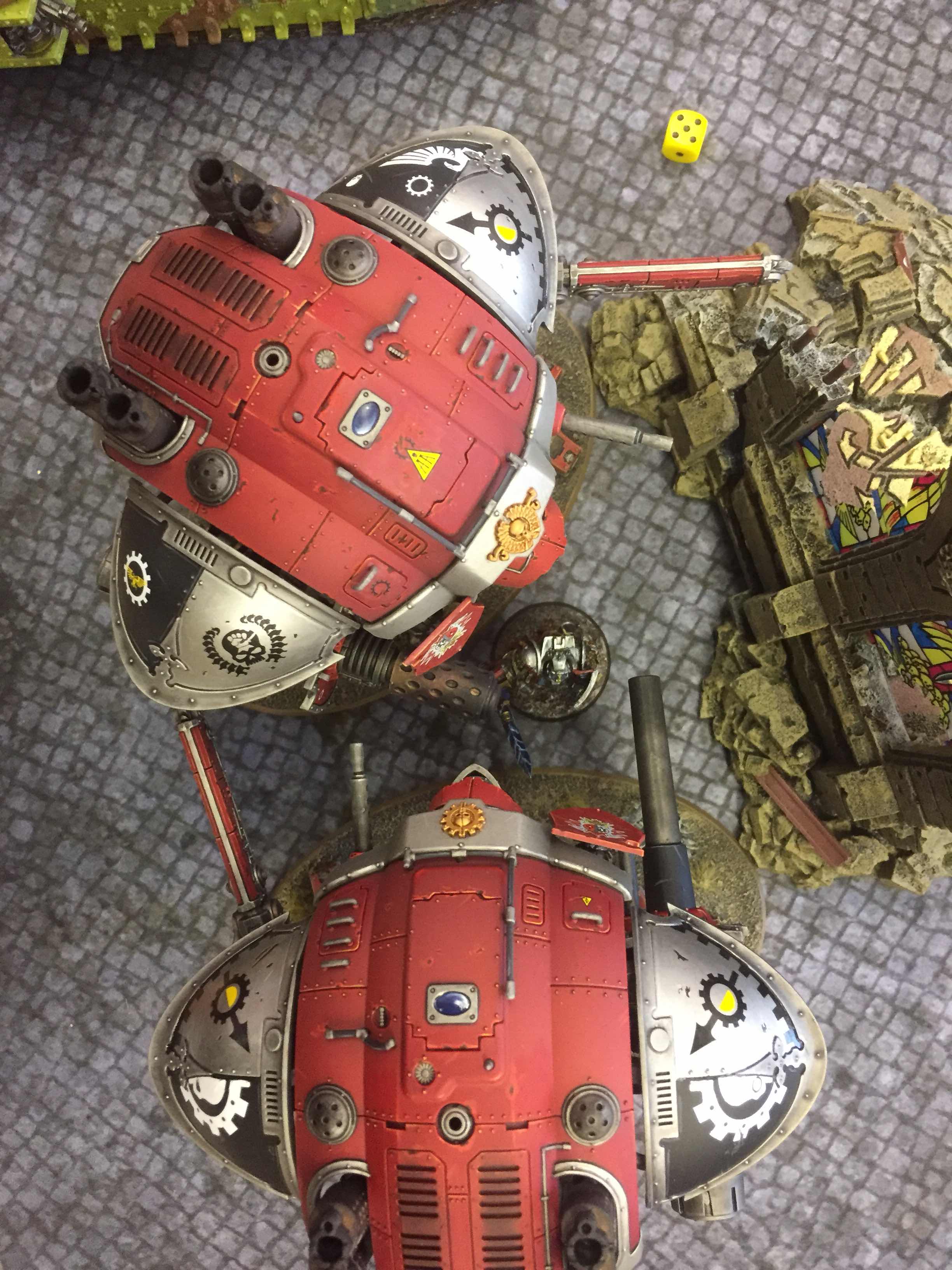 So despite being a skirmish gamer at heart I now openly admit that there is definitely a time and place for some big battle goodness! It’s a great experience and completely different to normal Wargames! 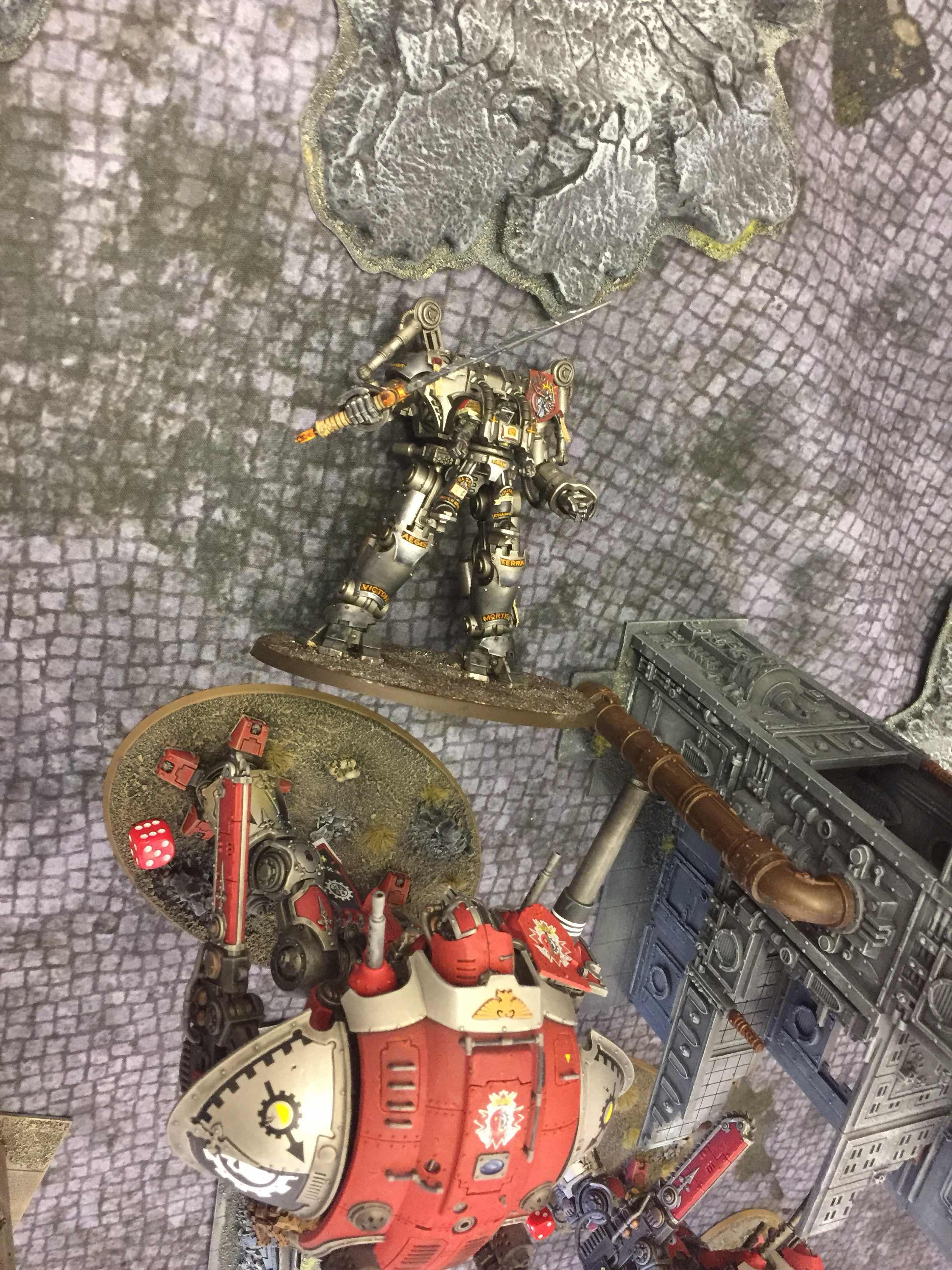 So if you haven’t had the chance to take part in a big battle before then I strongly encourage you to try and do so!! You won’t be disappointed and chances are you will have a brilliant time!
Posted by LegioCustodes at 15:09