Well after last week's tremendously fun epic battle I was suitably motivated to get off my arse and expand my 6mm Dark Angels army by finishing off a sizable quantity of models that have been sitting on my desk for a while. This task consisted of completing over twenty tiny Rhinos and my renovated Thunderhawk Gunship.

Also the interest my post generated last week meant that I wanted to get this article up on the blog for all those people who mentioned that they were thinking of getting back into Epic. In particular I wanted to get this posted for one of my readers/blog followers (24 Cigarettes) as he had requested to see more of my force in order to motivate the progress of his own Dark Angels Epic Force. 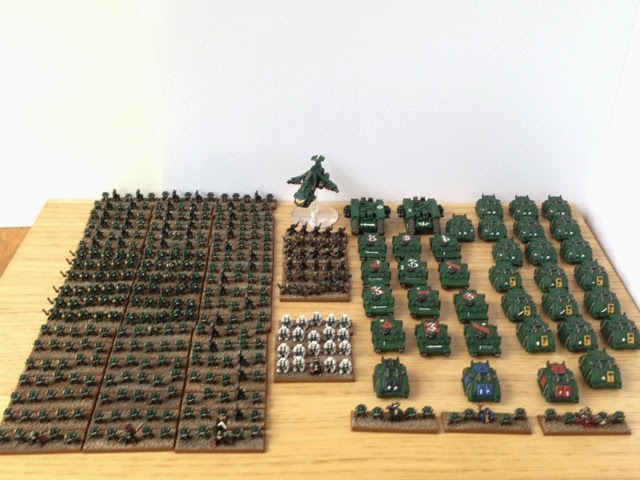 This is my Dark Angels in all their glory (I also have another strike force of Flesh Tearers that is gradually expanding). Currently this force of Unforgiven Astartes consists of two battle companies, a devastator company; a scout detachment; a detachment of Deathwing Terminators and a Thunderhawk. Additionally the line troops are supported by the presence of a Chaplain; a Techmarine and a Librarian. 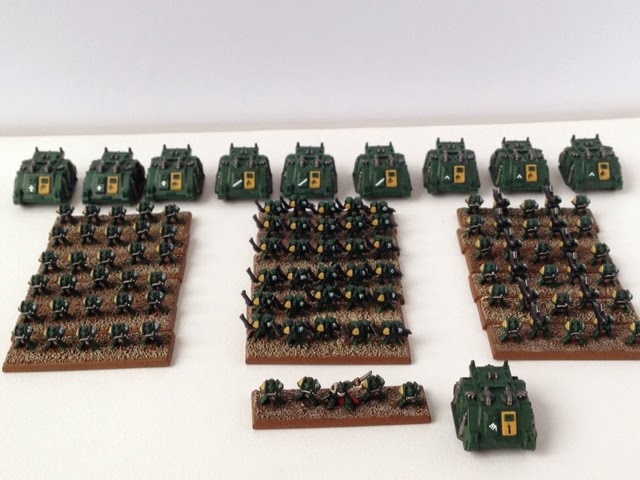 The above image shows my newest battle company which consists of the standard units: namely six each of assault, tactical and devastators stands led by a company HQ stand, all of which are transported in the accompanying ten Rhinos. I have chosen yellow for the company colour as it goes well with green but will also stand out nicely in the fog of war. 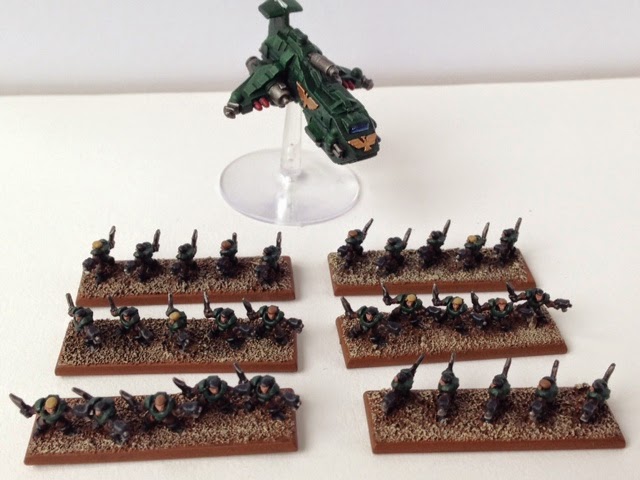 My scout detachment are up next; in second edition these boys had the same basic stats as tactical stands but were noticeably cheaper as they had no inclusive Rhinos... Perfect troops for sticking in my shiny new Thunderhawk.
Whilst I was preparing these neophytes I decided to take a bit of extra effort and paint each scout's hair colour individually...laborious; but strangely satisfying. 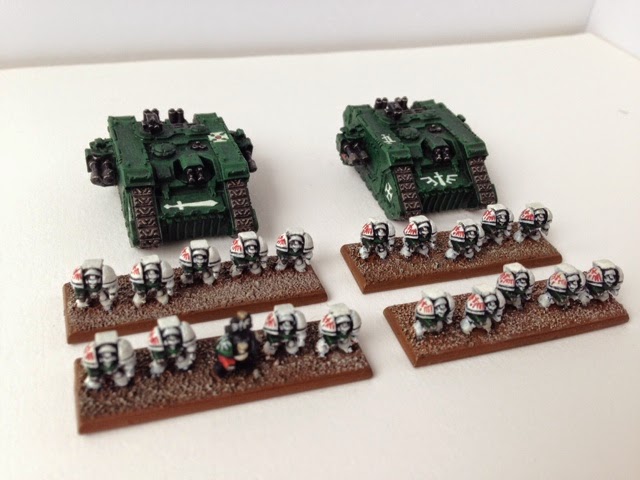 When you need some serious stopping power then in the universe of 40k there's only one set of troops to call and that's Space Marines packing Tactical Dreadnought Armour. Everyone loves Terminators; and when the aforementioned armour is painted the bone white of the Deathwing and is backed up by two gigantic Land Raiders you know these boys are more than capable of turning the tide of any battle. 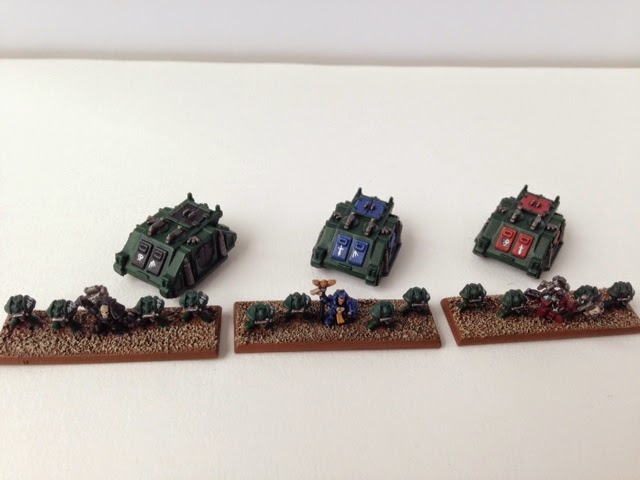 For every full company fielded in second edition epic a player is allowed to field an additional Special Card. As I now have three full companies I decided to take advantage of this by recruiting a Chaplain, Librarian and Techmarine to support my warriors. Their differing special abilities aren't battle winners, but if used wisely they will act as force multipliers for nearby units. I have given them each suitably coloured transports with the appropriate iconography (note the dual coloured mechanicus skull on the Techmarine's Rhino).

I'm really enjoying prepping my Epic forces and so am going straight onto another set of 6mm models.

I know 24 Cigarettes asked for a tutorial last week and thus I aim to please ! I'll try and do a more in depth one in the future but for now here's my current method:

If you're as obsessed with detail as me then you can paint on the individual Chapter symbols with Skull White/White Scar on the marines shoulder pads... That's right; check the photos... I've painted on over 300 tiny winged swords...the Deathwing even have the tiny breaks on their sword emblems....How sad am I!!!!!!

I hope that is some help mate, and I hope the rest of you enjoyed the post!!!