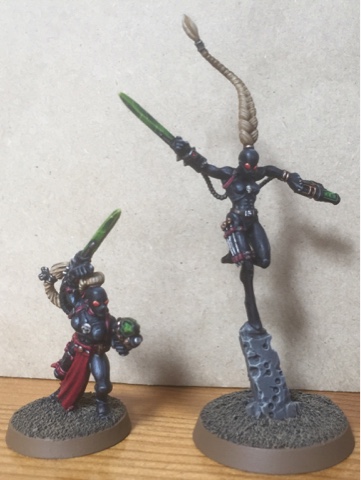 The Callidus model on the left is one of the original 1995 metal sculpts whilst the rather more dynamic fighter on the right is the 2016 sculpt from the Execution Force boxed game.

I have to say I do think that they both look great but I still prefer the original model; we all know that there's something much more satisfying about the feel and look of a metal model! 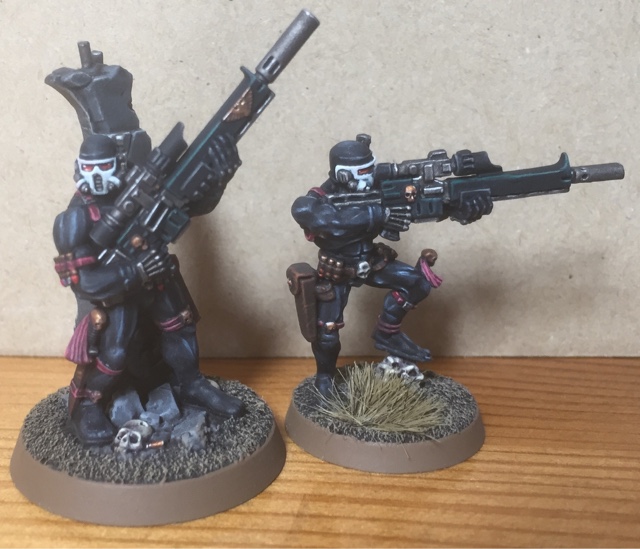 As a quick aside... for those of you who requested a comparison shot of my Vindicare's from the last post...here they are side-by-side!

As you can see they are very similar in their overall aesthetic but there is a definite element of scale creep apparent with the newer model, which has definitely spent a bit more time down the gym than its older predecessor. 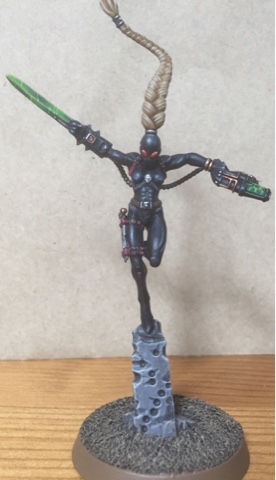 The newer Callidus Assassin is undoubtedly a very sleek model which looks exceptionally menacing... however there is a real lack of sculpted features particularly with regards to the muscles which aren't very well defined and so I was forced to paint on the shading, lines and reflections in order to simulate the natural curvature of the female physique. 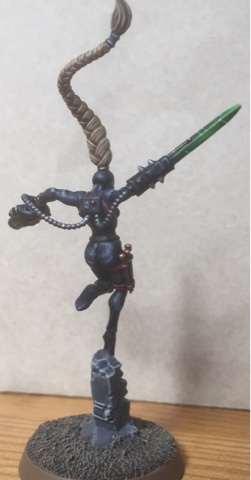 I've gone for a non-metallic metal approach to the green power blades (these photos haven't captured it particularly well), and this really helps pop the whole model nicely. It is a very time-consuming technique (so, so many layers) but it is worth the effort when done properly. 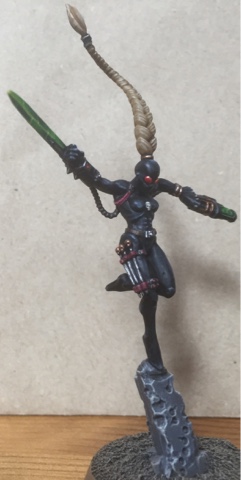 When it came to her flowing locks I went for the option of giving the model blonde hair as I felt that this contrasted nicely with the generally dark colours that I'd used on the rest of the model. I do like the red hair that features on the current 'Eavy Metal model but I think blonde provides a far greater contrast. 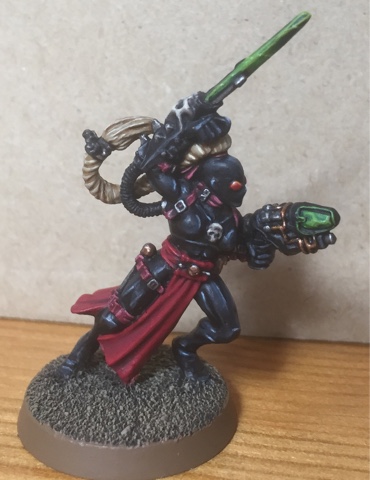 I used very similar colours and techniques on the older model as I did for the 2016 one, however I found that the metal model was generally much better sculpted and as such had far more defined features which I could really bring out with my paint job. In particular the muscles were much heavier in their definition whilst the phase pistol has a much meatier quality to it. 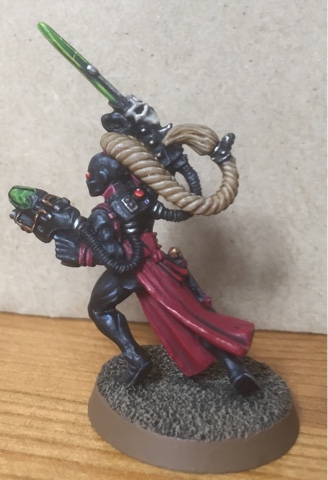 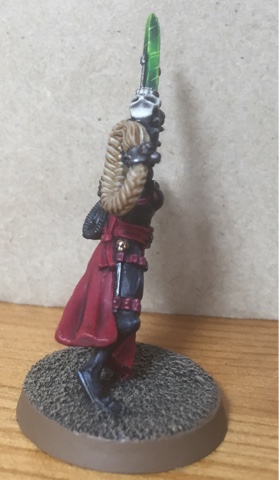 Once again I used the same NMM technique on the blade of this model's C'Tan Phase Blade and it really helped pop the whole thing whilst simultaneously complementing the dark red of the robes nicely.

As per the Vindicare's I once again really had great fun painting up these two models and I think that they eloquently highlight the difference between the old metal models of Citadel's glorious past and the newer CAD designed plastics of the current era!

Next up I'll be aiming to work on some Eversors!