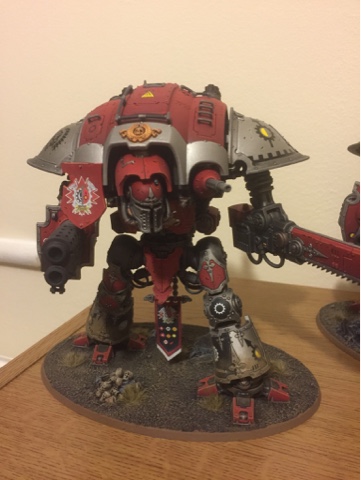 I am pleased to say that I have finally finished my cohort of three Imperial Knights for Warhammer 40k (that's right these are 28mm scale models as opposed to the 6mm stuff I've been doing for Epic). 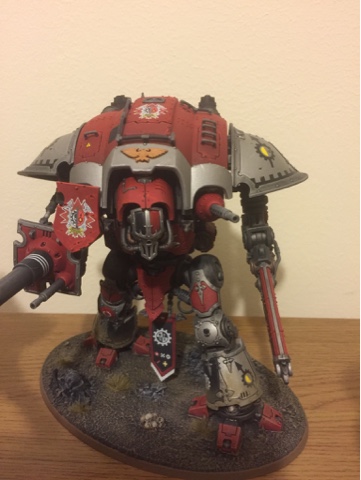 I actually started these three models way back in February 2015 (over two years ago) in retaliation to my best mate buying one Imperial Knight to bolster his Black Templar army (a force that has been featured in a few of my WH40K second edition battle reports on this very blog!) 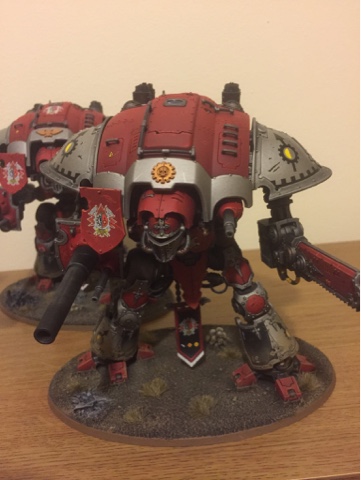 At the time I started the project with great gusto, and I was determined to build a force that could cripple his new pride and joy and leave it to rust in the wake of my own over-powered walkers.

However this was not to be and I only managed to get the metal exo-skeletons of the Knights painted silver before I lost interest in the project and the giant models were shelved for me to return to at a later date. 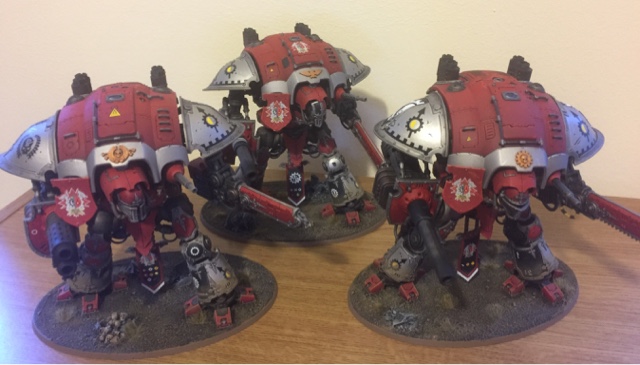 Let's be clear as to the reason for this... These models are an absolute bitch to put together and paint. One Imperial Knight on its own is a considerable undertaking but trying to do three simultaneously was madness of the highest order. 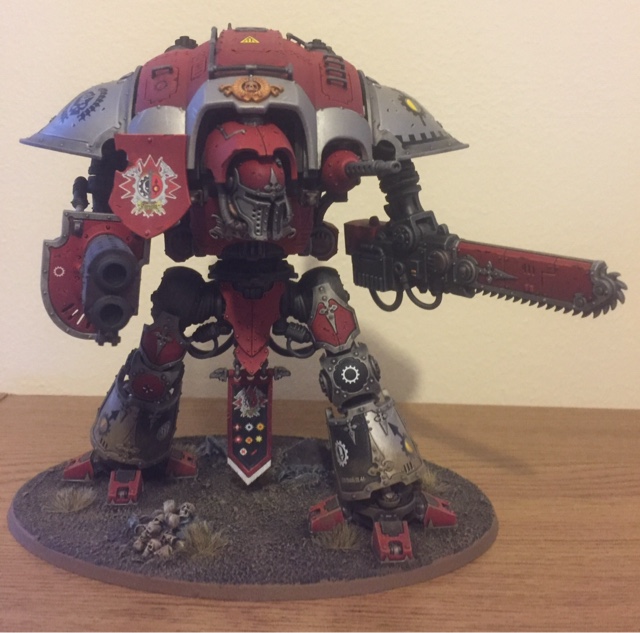 To be honest it was likely that these models were going to languish indefinitely in a box somewhere while I pushed on with other projects... However a catalyst recently occurred that spurred me to return to finish this outstanding task! 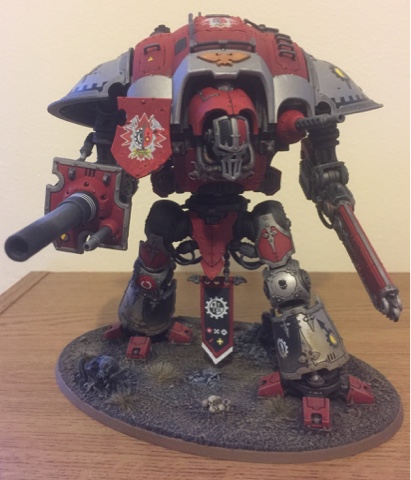 I have recently set up a gaming group that consists of personnel from the various branches of the Armed Forces (Regular and Reserve) who meet up infrequently to play 40k. This is great fun and we initially started with small games of one squad a side and have been slowly increasing battle sizes as both our confidence and forces expand. 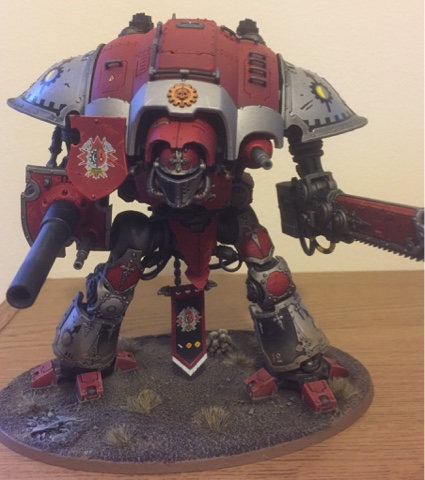 A certain member of the gaming group is one of my oldest (and dearest) friends and is a serving officer in the Navy; this engenders a degree of rivalry between us as I am an Army man through-and-through. In one of our recent games he turned up with a big smile on his face the reason for which wasn't apparent until he reached into his model box and took out two Dread-Knights for use with his new Grey Knights army. He nicknamed these monstrosities 'the Twins' and took great relish as they rampaged through my Crimsom Fists army annihilating everything that they touched... They were literally unstoppable!

After I had finally wiped away the stinging tears of defeat from my cheeks I decided that the only viable course of action to counter The Twins was to swiftly re-activate the shelved Knight project...and so The Triplets were born. It took a real drive and effort to get these models done and I have devoted every spare minute for the past two months to getting these models ready for the table!

I bought both the Imperial Knight Companion and Codex Imperial Knights and read through them thoroughly before finally settling on House Taranis as my knightly order of choice. This decision was also influenced by the fact that there is a fairly comprehensive painting guide for this faction on Warhammer TV where Duncan Rhodes provides step-by-step guidance. I stuck to this video guide fairly closely, but it was a little basic for my tastes and so I added a few extra phases and layers in order to improve the finish of my models.

Overall I am very pleased with how these guys have turned out and I think that they are suitably impressive, imposing figures with which to dominate the battlefields of the forty-first millennium!

I can't wait to get these giant walkers on the table and see how they perform!
Posted by LegioCustodes at 14:56