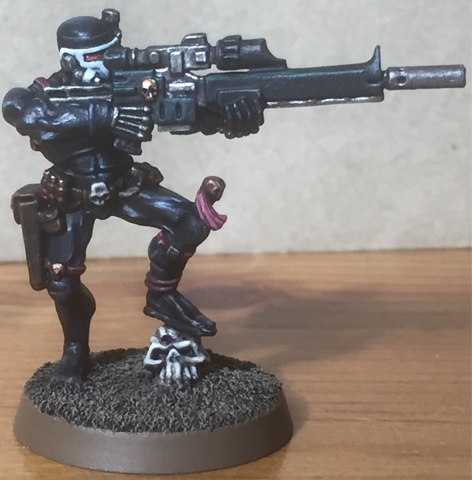 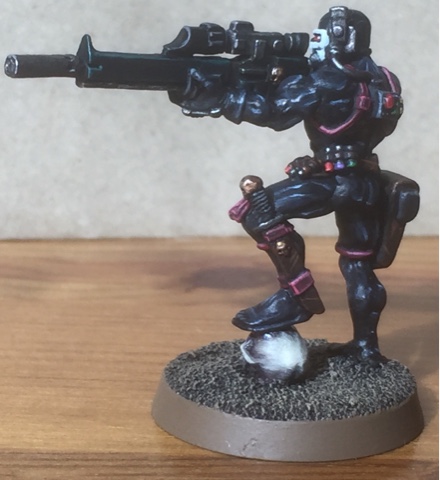 That's right, 2016 saw these venerable old models retired and replaced with some new plastic equivalents as part of the GW boxed game EXECUTION FORCE. So now I will paint the old and the new models alongside each other in order to see who is really king of the assassins. 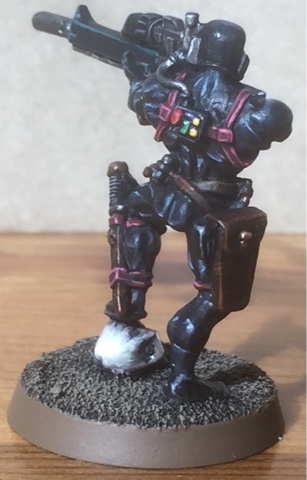 First up we have the deadly snipers of the Vindicare Temple; ruthless killers who prefer slaying their opponents from a distance.

I really love snipers and I have adored this metal model ever since it was released (I actually painted one back in the day...put it is was an abomination best left forgotten).

The metal model is a wonderful miniature with great lines and a lot of character to it. 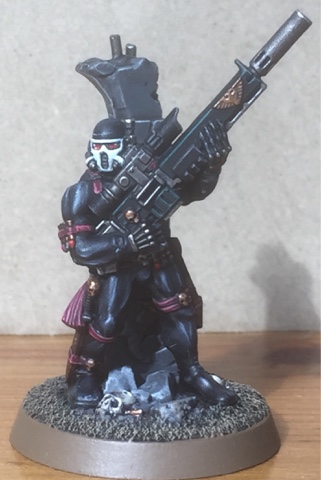 However... I have to admit that the new replacement is equally lovely and it is clear that the sculptor has lovingly followed the original model's general design and it is more of a homage than a replacement. 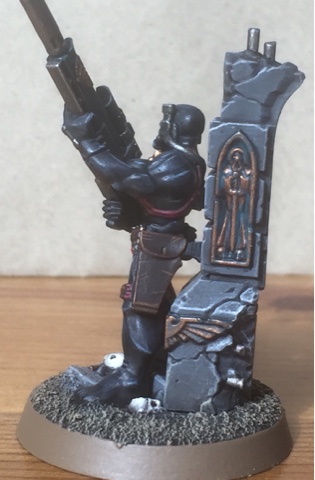 These two models do still go well when put together, and I do like the sculpted ruins that form part of the modern assassin's base.

However when they are placed side-by-side the scale creep of the last two decades becomes obvious, the newer model is considerably larger (compare the rifles in the photos) and as such it needs to be mounted on the newer 32mm bases. 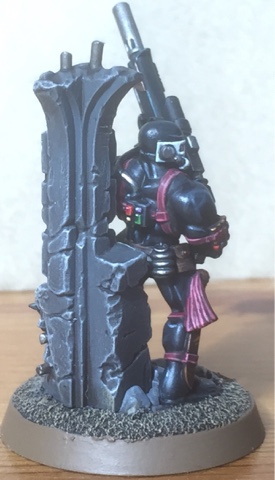 Painting-wise these were both a joy to paint and I am really pleased with the final effect I have achieved. Unfortunately this has been dulled down slightly since applying varnish but they are gaming pieces so I need to protect them. I am particularly pleased with my home-made verdigris on the brass elements of the ruined masonry.

Next up I'll be doing the Callidus Assassins.... watch this space!

Posted by LegioCustodes at 04:59