So I decided to take a break from the Assassin Project for a bit as painting predominantly black models can get a bit tedious and I do like shake things up every so often in order to keep my interest up. Thus I rummaged through my (fairly large) abandoned projects box and found a 1988 'Rogue Trader' dreadnought that I had assembled and basecoated green in 2013 and a far more modern 'Assault on Black Reach' dreadnought that I had basecoated blue in 2009 just after that specific version of 40k (5th Edition) was released. 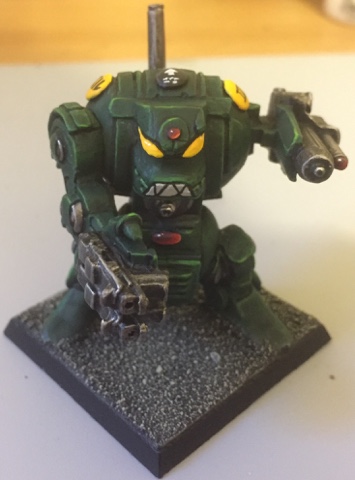 These two models are victims of my fairly common hobbyist disorder of 'serial project abandonment' and they had been left to linger for years as new shiny things grabbed my attention. However now seemed like an opportune time to finally get these models finished and ready to play with. This also allowed me to do something similar to my assassin project by painting an old school model alongside its modern contemporary! 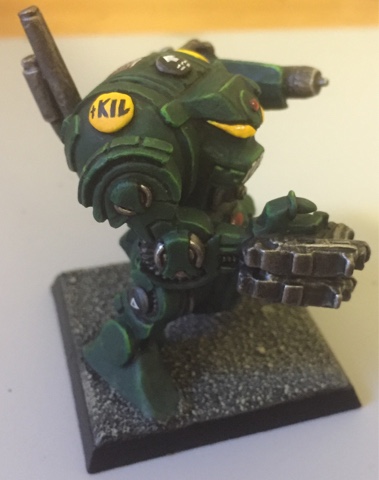 The old 1988 model was painted to fit in with my Rogue Trader Salamanders army and I tried to follow a painting style and process consistent with models from that era. I generally like my older models to have a clean, neat paint job and this is something that I apply consistently across the force. 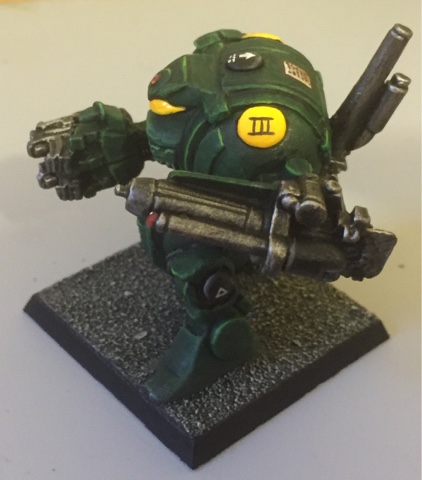 I embellished this old model with some classic Rogue Trader fetishes such as the painted on scrollwork and the inclusion of the ubiquitous 'KIL' marking on the right shoulder. My favourite such piece of this artwork are the 'teeth' on the vox-grill... So 1980s!! 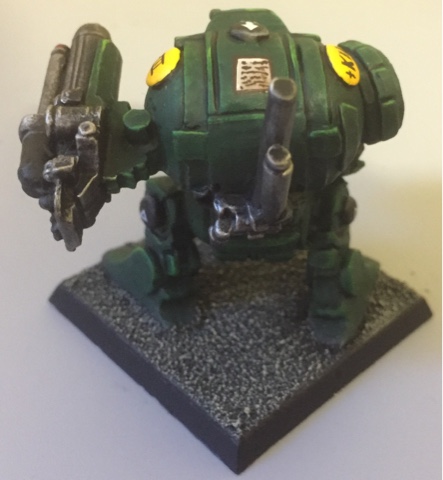 If I'm being perfectly honest then the model is as crudely sculpted as all the Rogue Trader models from this specific period were and as such certain modern techniques would look out of place on it or are just not feasible! That being said it is a beautiful miniature that is still full of character and is great fun to paint. I used the advert photos from 1988's 'Book of the Astronomican' as reference throughout, and I think I captured this look nicely.

God knows what the ranged weapon is supposed to be...but I will be using this model as a dreadnought equipped with multimelta and power fist/stormbolter combo. 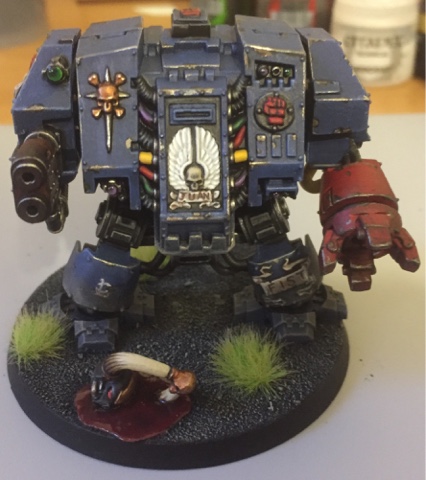 The modern dreadnought on the other hand was painted to fit in with my large Crimson Fists force which I have been building for the last 15 years. It shocked me that I had originally built this model eight years ago and so I was glad to be finally giving it the love and attention that it deserved. 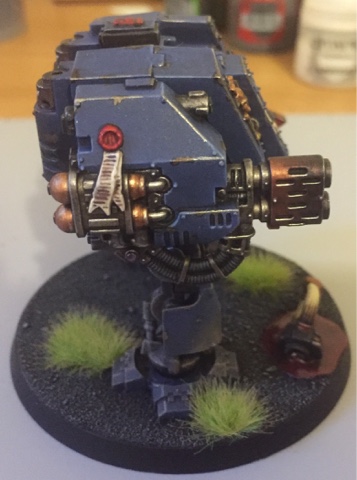 Unlike my 1980's models I like my modern Space Marine vehicles to appear a bit more weathered and worn as if they are fighting on an extended campaign. Therefore I ensured that this venerable war machine was covered in dust; chips and scratches in order to show its strong battle heritage. 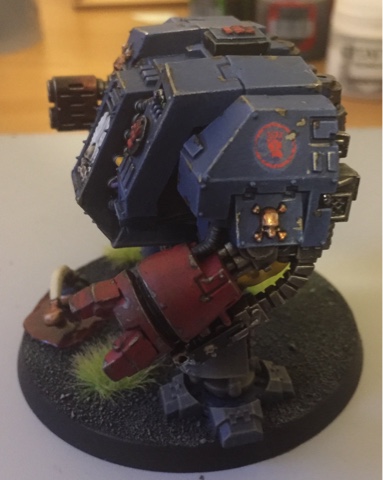 I focused the majority of this wear and tear on the areas of the model that would naturally be prone to such damage, for instance the sharp edges of the chassis and the power fist. 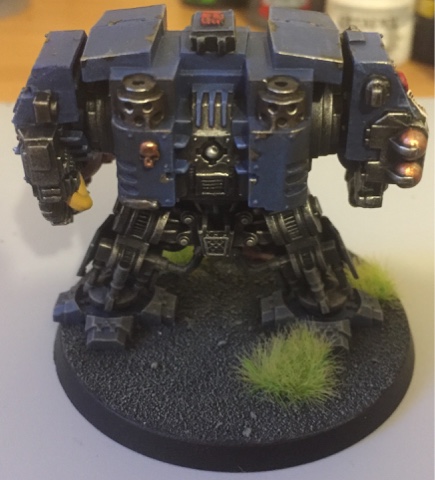 On this model I had originally put a dead chaos space marine's helmet in a pool of 'green stuff' blood as a piece of scatter terrain on the base when I assembled it nearly a decade ago. Initially I considered removing it this, but I decided to keep it and I'm glad that I did as it spruces up an otherwise fairly empty base. A few layers of gloss varnish ensured that this pool of blood was suitably glossy. 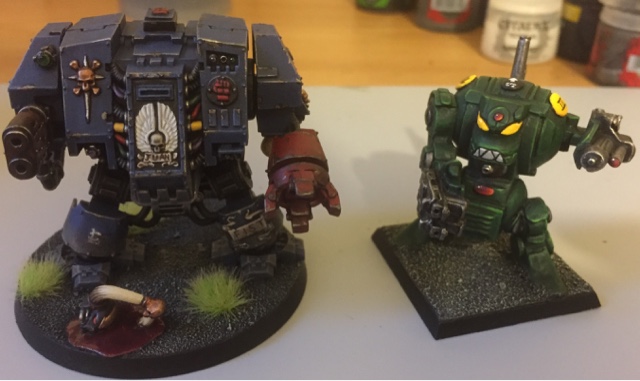 Overall I had great fun painting these two models and it only took me a couple of hours each night for a week to go from a basic basecoat to the finished article.

As you can see from the side-by-side shot there has been a considerable degree of scale creep between the 1988 model and its successor. Nonetheless they are both great miniatures and I'm sure that they will be facing off against each other at some point in the near future!