Well as discussed last week my better half; the beautiful inquisitor Athena will be accompanying me for some 6mm action at next weekends BOYL.

In light of this I have given her command of my Flesh Tearers Epic Space Marines for the weekend, where she will assist my Dark Angels Astartes in crushing all before xenos and traitors who stand before us!

In order to increase her chances of gaining victory and glory in the Emperor's name I have bolstered the sons of Sanguinius with a few more armoured detachments over the last week... 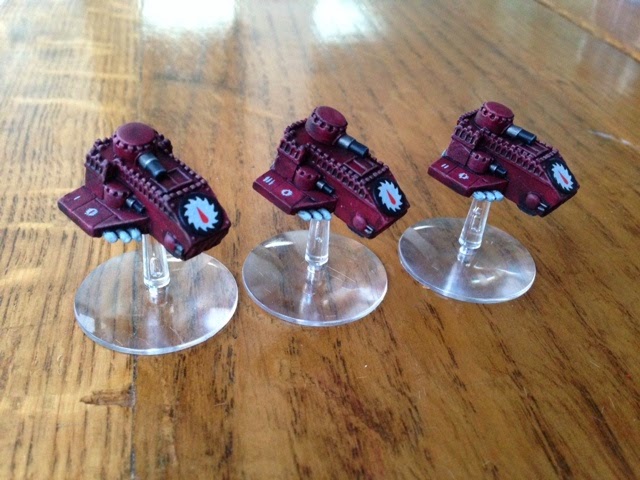 First up we have three rather lovely and very; very old Thunderhawk's from the early nineties. I love these models... They're just flying castles...brilliant!!! 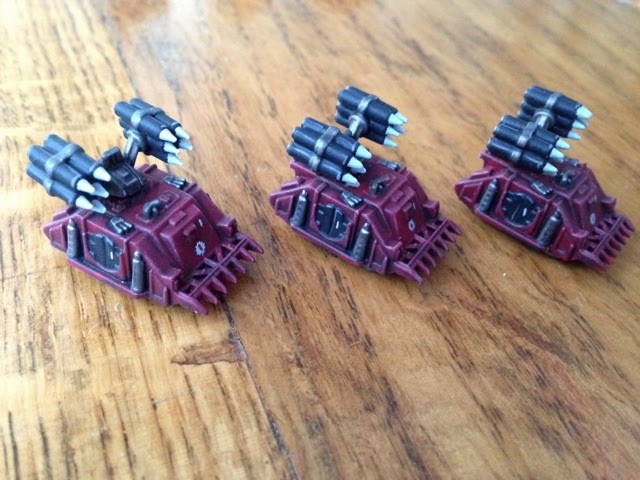 Next we have a squadron of mid nineties whirlwinds, these beasts are good for dishing out barrage points especially to horde armies (that's your Orks Chico)... 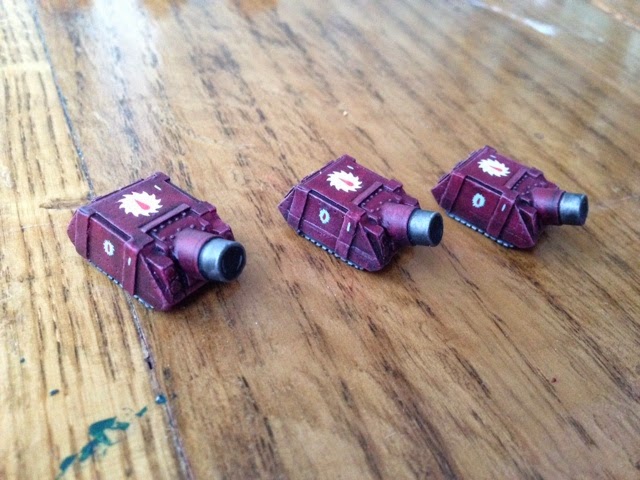 For some close up devastation I have knocked up three vindicators from the late eighties. I was never a big fan of these models as I think they're pretty basic sculpts...however I think that this paint scheme does bring out the best in them, and as such they are growing on me!! Let's see how they do on the battlefield!! 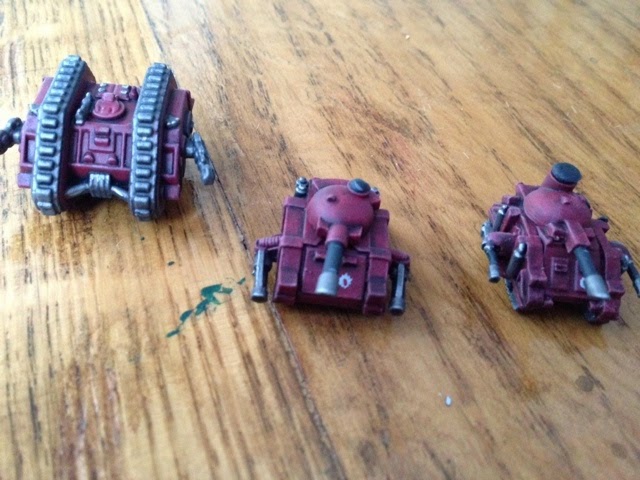 Finally I have done one land raider and a couple of predators to bolster some detachments that were a little short of war machines (when switching between Epic versions/rule sets it's quite annoying that the amount of vehicles required in detachments continuously changes... Hence my decision to now only stick with second edition Space Marine).

All in all this has been quite a productive week for my epic output and has turned the Blood Angels Successors into a far more substantial force... I hope they meet with the Inquisors approval!

Posted by LegioCustodes at 13:02