Rise of the Titans!!!

Given that BOYL 2014 is now looming on the horizon I decided to pull my finger out and finish off my ongoing Production of six Epic Titans for the vast showdown between Chico, Thantsants, myself and assorted others that we have planned!

In light of this I have literally destroyed myself in my limited spare time in order to try and get these beasts done...and finally they are finished.

I have given each of the Warlords (there's three of them) a hand painted banner...as you can see I was going for the early 90s colourful comic book style: 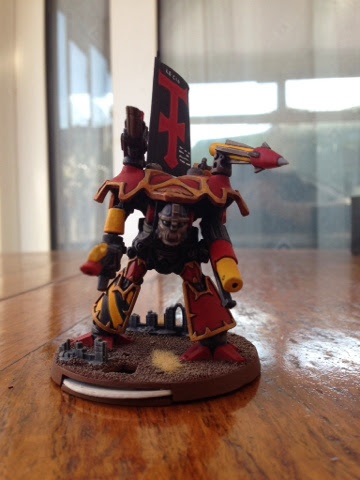 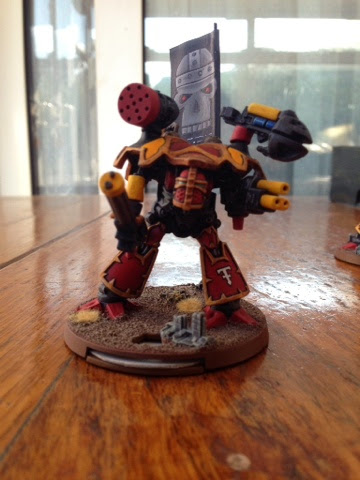 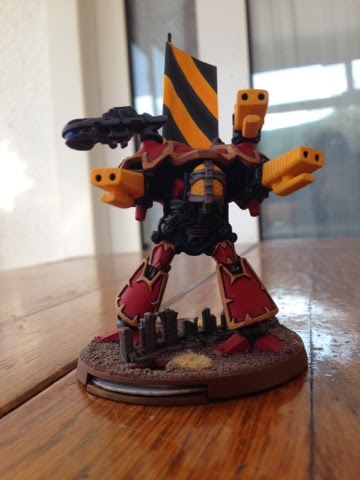 One banner bears the stylised 'T' symbol of the Legio Titanicus; another has the cybernetic skull of the Legio Metalica whilst the final one has some of my favourite yellow and black chevrons.

I gave the models a spray of purity seal to protect them...and was horrified to see a layer of semen like residue form on their beautiful carapaces!!!!! After much swearing I found a glaze of GW Bloodletter (red) reduced this problem somewhat. It is an issue I have had with varnish before and is a risk you run when spraying in hot or moist weather! 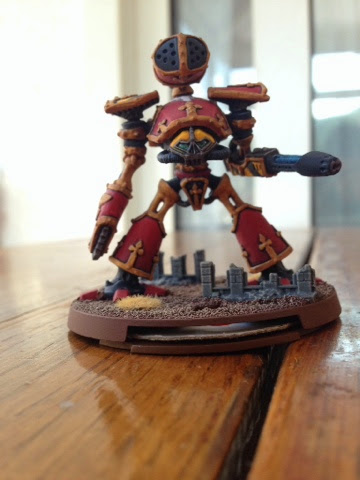 I have also finally finished off the bases with a sprinkle of static grass and the addition of the original card, rotary void shield counters.

Phew... Thank God these boys are done, I'm looking forward to seeing them in action... 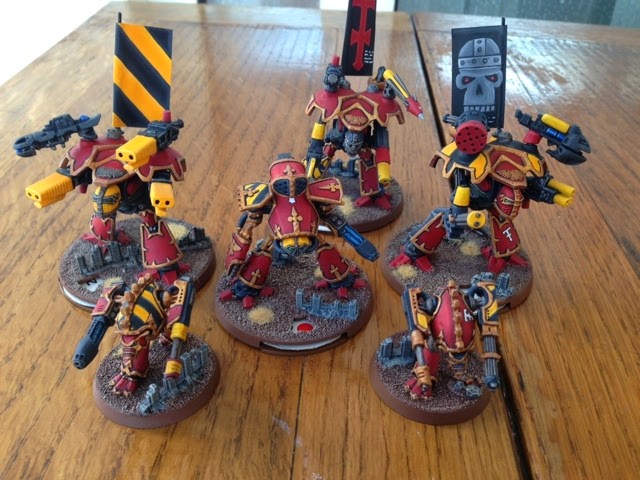 Posted by LegioCustodes at 10:51