It's been a week since BOYL 14 came and went and after having spent so long focused on mass producing 6mm Space Marines for that event's gargantuan EPIC battle I feel that I need something new and entirely different to focus my hobby attention on.

I've always been a Sci-Fi man at heart, but after seeing so many beautiful fantasy models at Oldhammer day (especially in the siege game) I was nearly persuaded to start a fantasy force...nearly...but not quite. 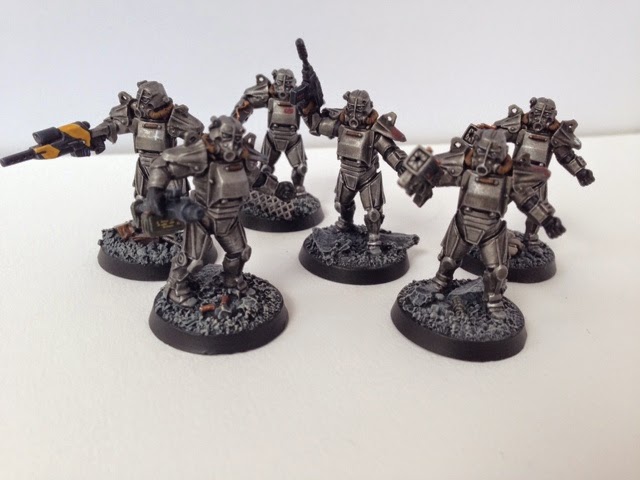 Instead I decided to focus on another Sci-Fi universe that is beloved to me...the post-apocalyptic wasteland of Fallout. Not the usual fayre for a wargamer, but an area I believe to be a rich backdrop for skirmish style settings.

For those of you who are unaware of what I speak let me give you some context...Fallout is a series of rpg computer games set in a post-apocalyptic world that is slowly recovering following a nuclear war. The franchise began when Interplay released the titular Fallout in 1997, followed a year later by Fallout 2. There were a couple of spin offs, but essentially the series went into hiatus until Bethesda acquired the rights and released Fallout 3 in 2008 and a bunch of additional downloadable content. Again this was quickly consolidated by a sequel in the form of Fallout: New Vegas. As an aside Fallout itself was a spiritual sequel to 1984's Wasteland.

In all of the games in the series a reoccurring faction that feature heavily in the story are the Brotherhood of Steel, a quasi-religious order of soldiers clad in power armour and carrying hi-tech weaponry (hmmm does this concept sound familiar).

Anyway my best mate bought me some Russian models that are based on Brotherhood Paladins equipped with T45d Power Armor a few years back before I went to Afghanistan and I have finally decided to locate these from my Bitz Box and paint them up. 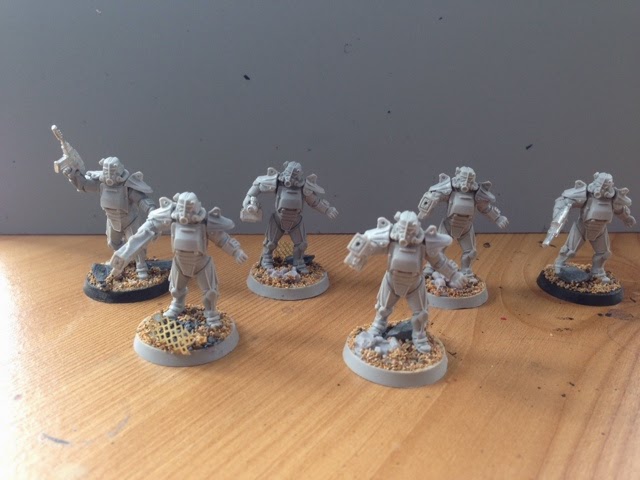 The sculpts are from Brother-Vinni and are highly detailed and very accurate. They come in light resin and as such the finer pieces can be a bit fragile so a degree of care is needed when handling. Unfortunately they are monopose and only come equipped with the standard Laser Rifle; but I got around this issue with a bit of gentle filing and the addition of some souped up firepower in the form of some alternative guns from Hassle Free miniatures. I then invested in some of Citadels Urban basing kit for the bases, utilising those pieces that were generic enough to not be directly linked to 40k. Once the glue was dry I sprayed them black before liberally applying a selection of metallic paints.... 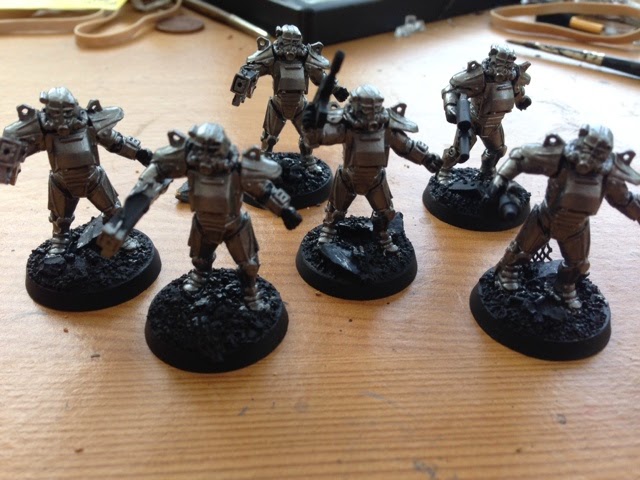 Throughout the painting process I referred continuously to screenshots and advertising material from the fallout games in order to ensure accuracy... 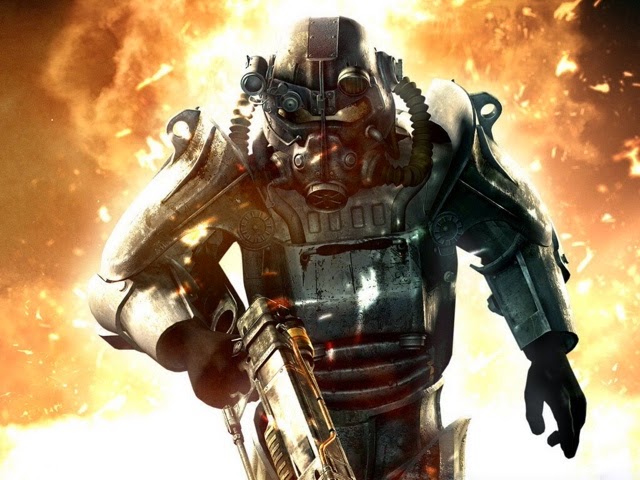 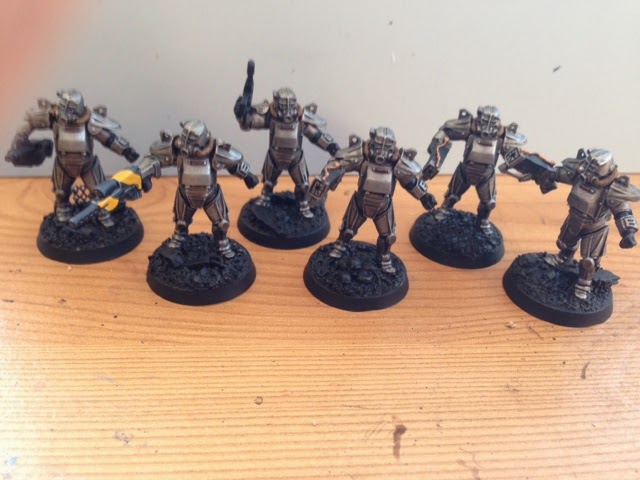 The turn around of the models was quite quick and I think they look great as a unit as well as individually. 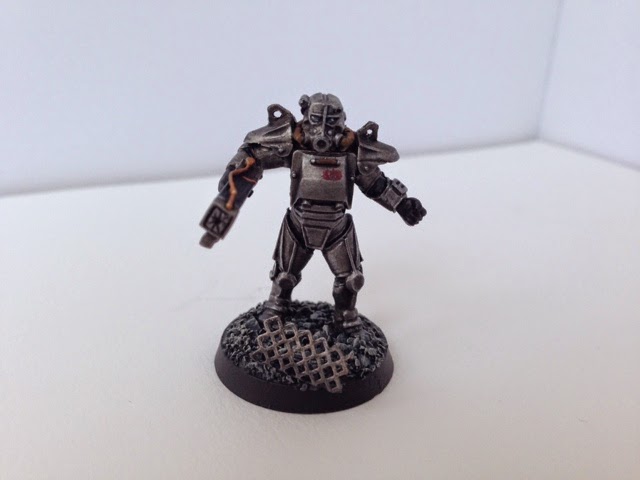 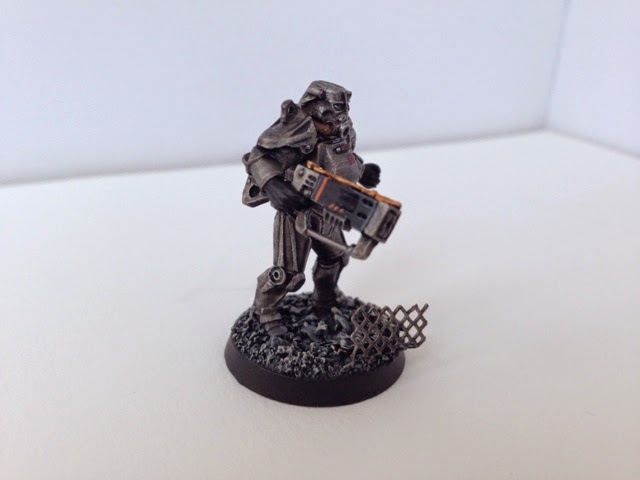 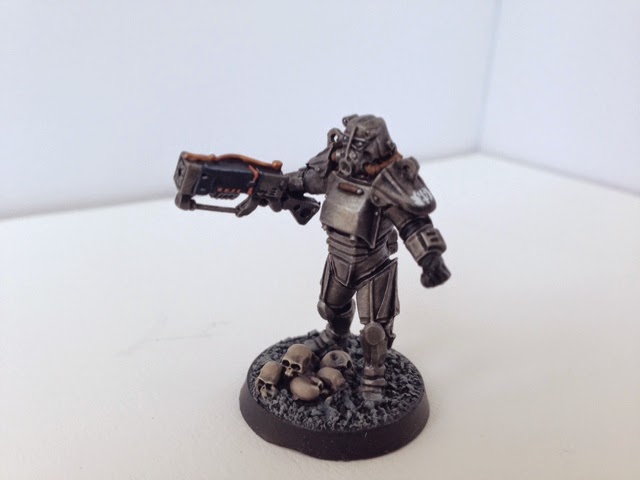 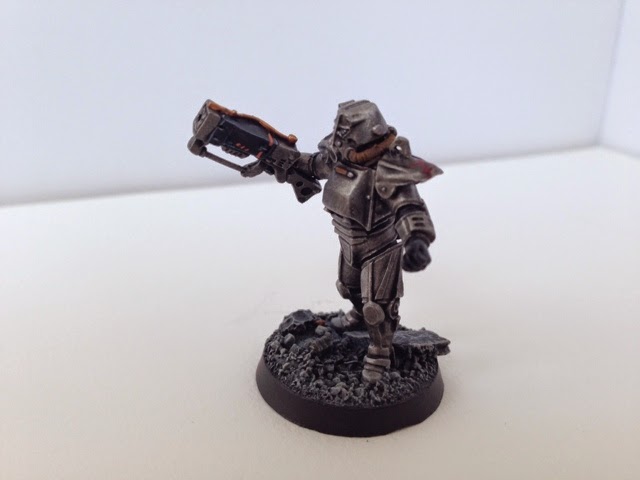 These three troops are carrying the standard issue Laser Rifle from Fallout 3 and I think my paint job stayed faithful to the original concept: 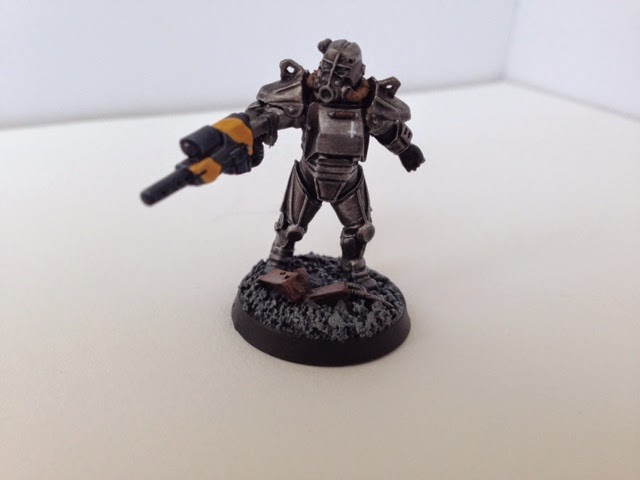 This next warrior is equipped with a sniper rifle from hassle free, and for it's paint scheme I adhered closely to that of the sniper rifle that appeared in 1997's Fallout. 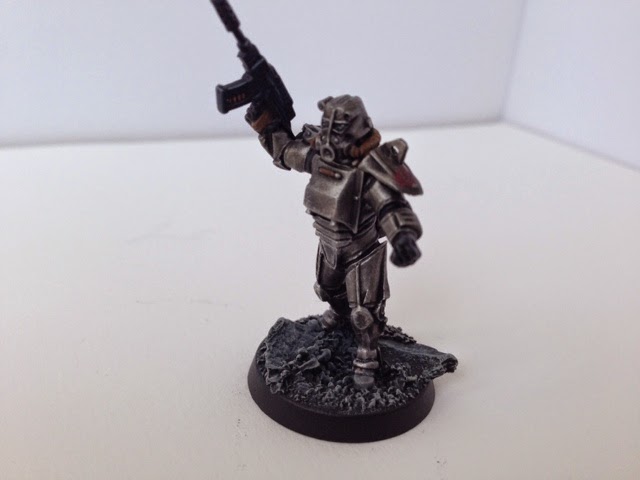 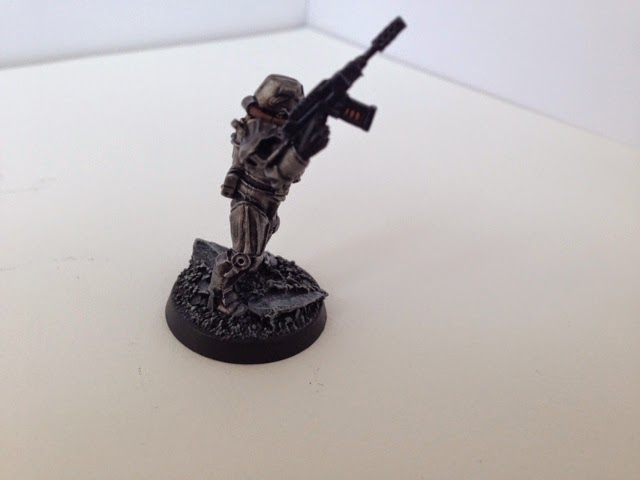 This Paladin has been given a rather Low-Tech assault rifle which luckily bears a similarity to the AK-112 from Fallout and Fallout 2. 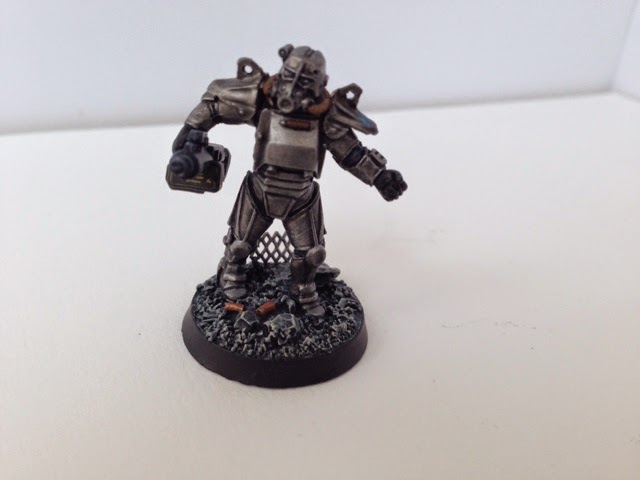 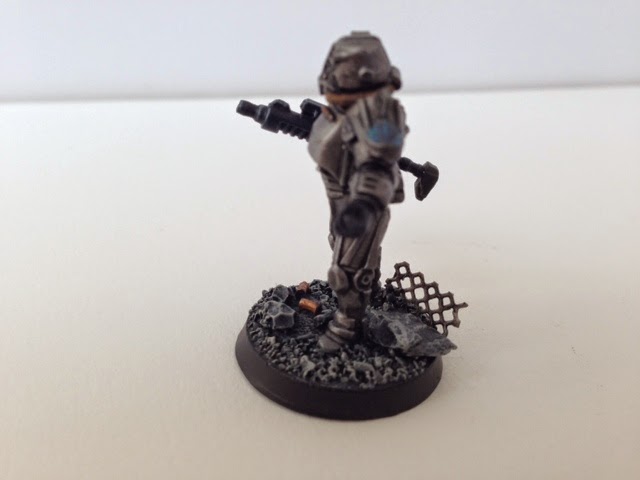 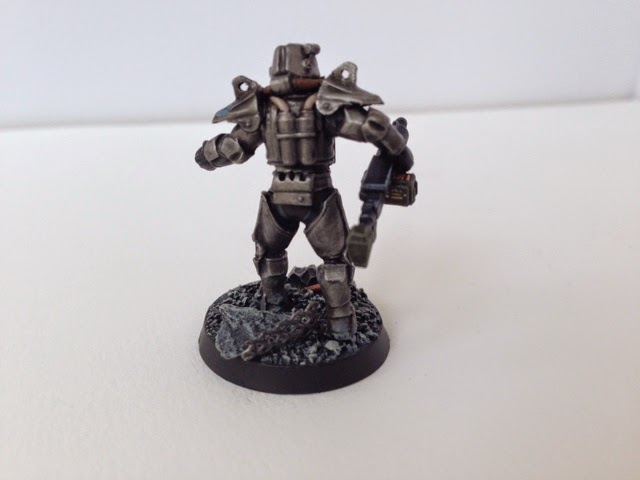 Meanwhile the final trooper is touting a heavy machine gun of some sort in order to provide the squad some extra fire support. With all the weapons I have steered clear of the bright finishes of 40k and gone for more realistic Matt Black paint jobs as a higher degree of realism is central to the Fallout universe.

Overall I'm happy with these guys and my goal is to field them in Fallout themed skirmish battles either using Rogue Trader or bastardised Necromunda rulesets. I have ordered a few more models from Brother Vinni and I'm aiming to use these to build up some other factions from the Wasteland. I shall let you know how I get on!