As an enthusiastic wargamer I am always keen to attend hobby shows and conventions throughout the year. I think it’s important that where possible hobbyists support these types of event as they are the lifeblood of our hobby and are vital for bringing in new blood/recruits to this wonderful past time. Also it provides an opportunity for people to support smaller companies and also to meet each other face to face.

I am very lucky that three or four of these events run near to me each year and I try to attend them all as far as possible. For me one of the best bits aside from the various traders and demo games is the ‘flea markets’ and ‘bring and buy’ areas where people can sell off their unwanted hobby items! As an Oldhammer fan this is always a good hunting ground for me.

Today I was lucky enough to attend one of these shows and I hit the jackpot with the ubiquitous bring and buy... so let’s see what I got in my haul... 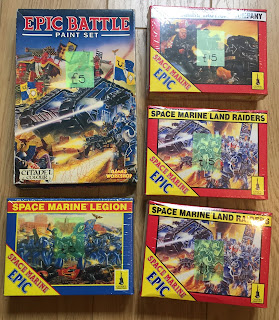 Regular readers of my blog will know that I absolutely love second edition Space Marine epic!! So imagine my joy when I found someone selling a host of 6mm goodness.

I was able to get my hands on the Epic paint set with original 1991 paints still usable for £5. Even more  impressively I found the above four boxes of models for £15 each... these were all factory sealed and brand new... not bad for a set of boxsets dated from 1991!!

These would be sold for a lot more by the scalpers on eBay!! I can’t wait to get them assembled and painted! 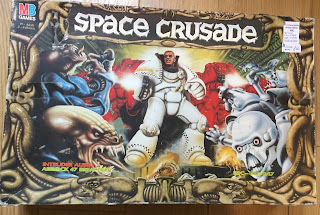 Next up I got myself an incomplete box of Space Crusade from 1990 for a tenner. There is plenty in here that can be used for spares for my pre-existing copy of the game. To be honest I only bought this on impulse because the cover art reminded me of my childhood... I remember wanting to be the Space Marine in White Armour from the picture when I was a kid! I bloody love this game! 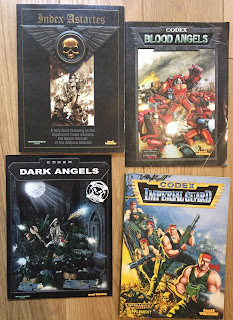 I then found some awesome old books for £2-3 each. These were the 1994 second edition Imperial Guard Codex, the 1998 Dark Angels and Blood Angels codexes from third edition and the awesome Index Astartes from 2001 which has some fantastic background for the original Space Marine Legions. 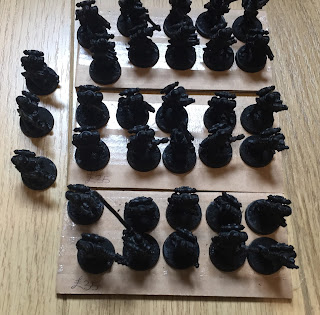 I then found 33 Battle Sisters that had already been based and sprayed. To be fair they weren’t tidied up as much as I would have liked (I am a stickler for cleaning up models and removing mould lines)... but as they were pretty much good to go for a basecoat and I am in need of some more sisters for my Battle at Sanctuary 101 Game they were ideal... and cheap too!! 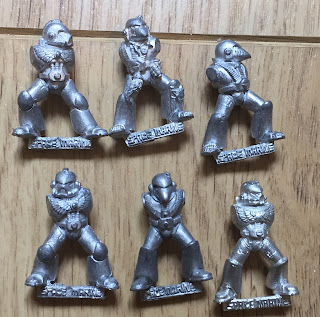 Finally I managed to get five 1991 original metal marines and one 1999 marine all for a fiver!! Perfect for my second edition space marine army!

Overall this was a great day out and I got some awesome bargains that should keep me occupied for the next few months.

I also bought a load of new stuff and hobby supplies from the traders who were there!! I’m chuffed to bits!! Oh yeah... and a couple of people asked me to sign their copies of my rulebook (Outremer: Faith and Blood) published by Osprey... which was very nice!!

Posted by LegioCustodes at 15:35