So in a bid to branch out with my assorted hobby interests I’ve decided to start a whole new army for Warhammer 40,000. I quickly decided that I wanted to try my hand at something that I’d never attmepted before and so I took the decision to steer away from my normal love of power armour and went for a Xenos faction instead. 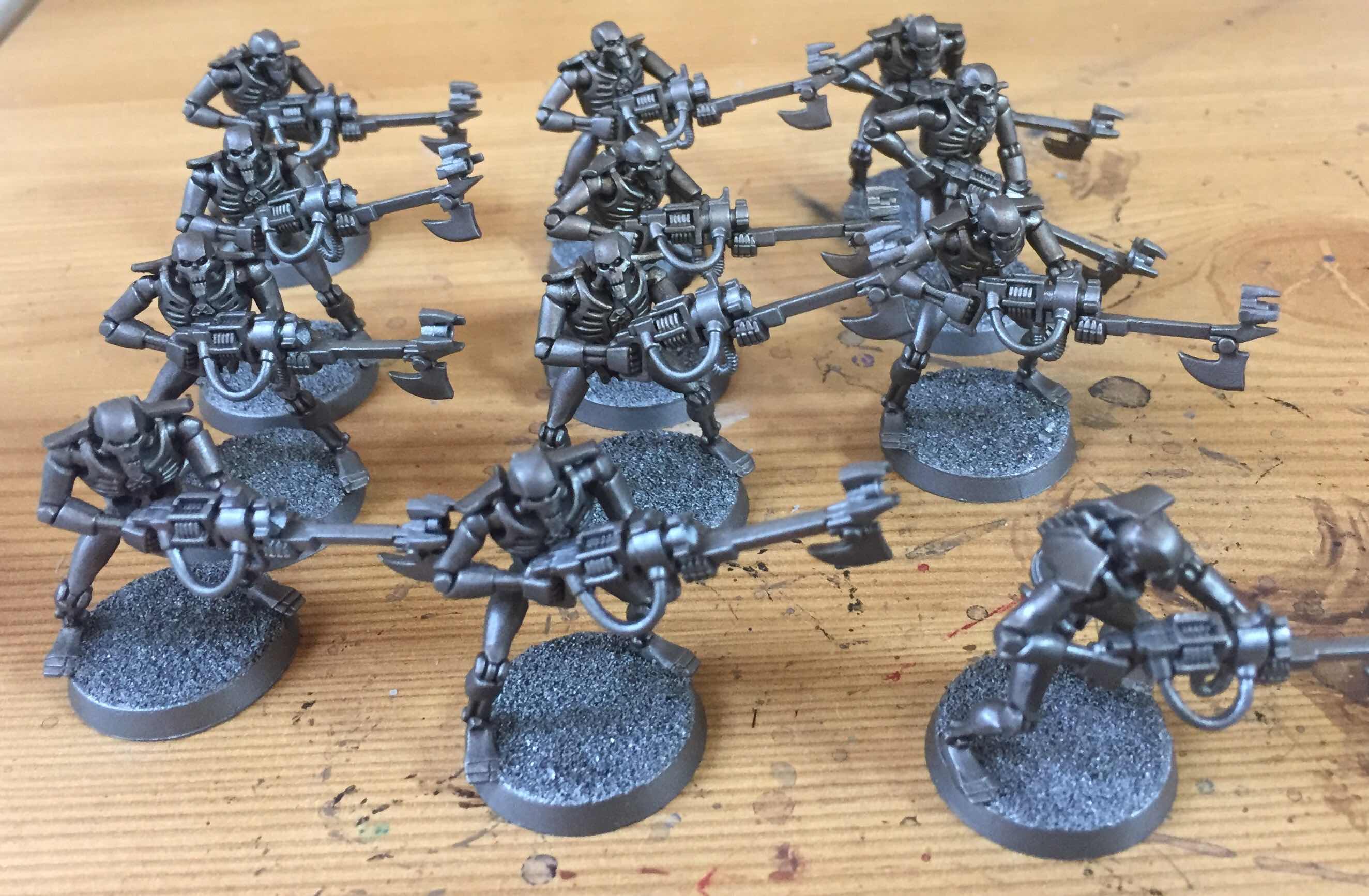 When considering what force to start I suddenly remembered that I had a batch of Necron Warriors made up and undercoated somewhere in my bitz box that I had purchased assembled all the way back in 2011.

So I thought I might as well crack on and finish these guys as they had been waiting a long time for some loving attention.

Besides all the Necron models look pretty sinister and I can use them as generic ‘evil robots’ in my games of Rogue Trader as well; which is an added bonus. 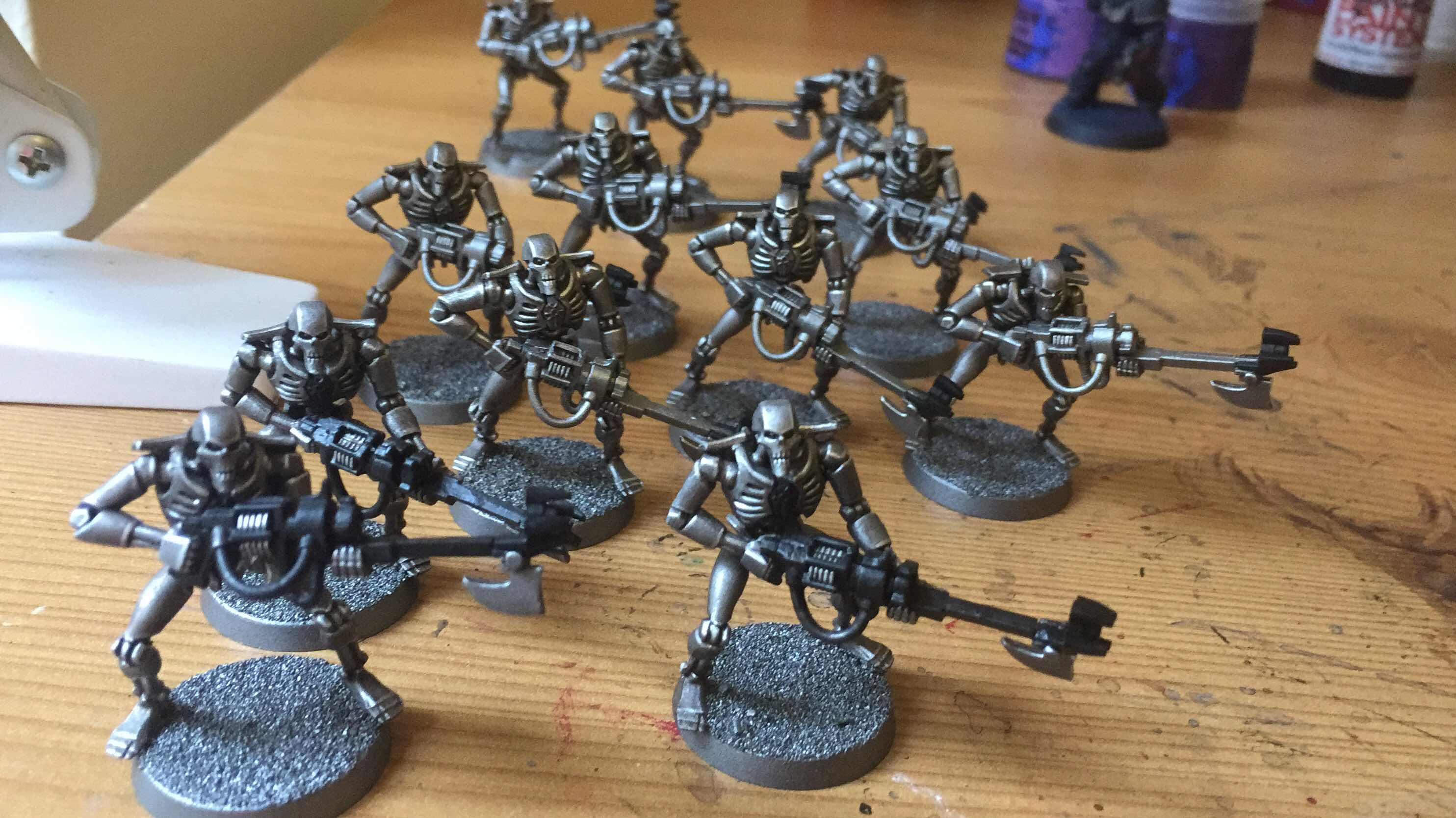 Whilst these guys were relatively simple to paint they were also quite enjoyable as they have pretty clean lines but without the thousands of sharp edges present on power armour. Sometimes it’s nice not to have to spend three hours edge highlighting every single model in a squad.

All I can say is...  ‘Thank God for Leadbelcher spray paint and Necron Compound Drybrushing paint.’ These two magical paints are super useful for banging out Necrons and other metallic toy soldiers at speed! 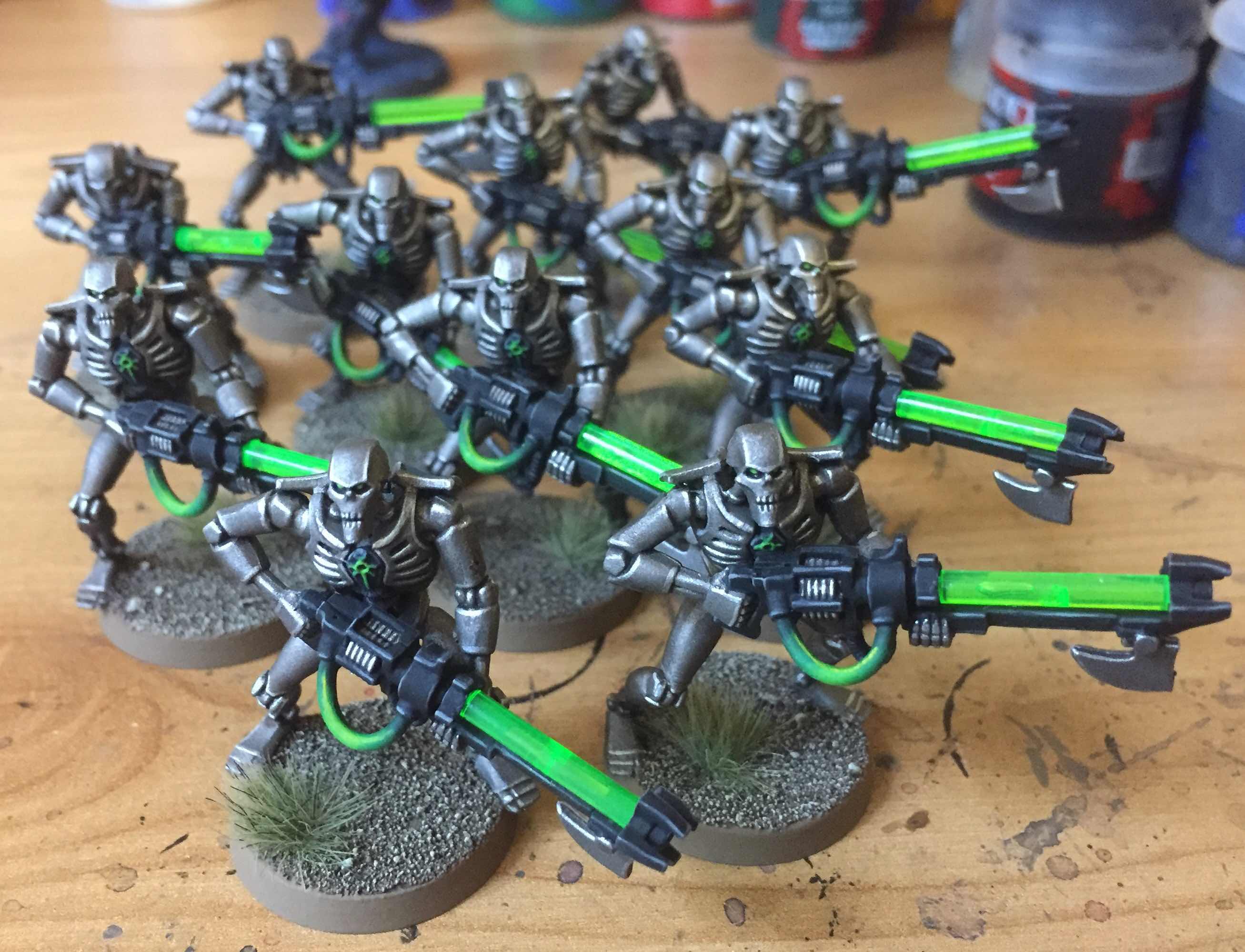 Overall I managed to churn out this batch of twelve Necron warriors in just under a week. I’m really pleased with how they look and I am definitely going to do a few more of these squads.

In fact this is probably going to be the start of a whole new 40k force which I think will be an interesting challenge. It’s really nice to paint something different and having just read the current Necron Codex I reckon they will play somewhat differently to my other armies!

I’ll let you know how this project progresses....