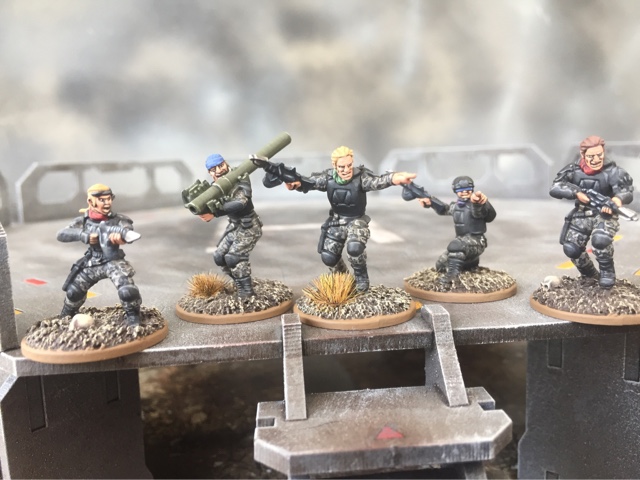 So first up we have five resistance fighters; four of which are armed with plasma rifles whilst the remaining one carries a Stinger-esque missile launcher.

When working up the colour scheme for these futuristic soldiers I decided to stick closely to the uniforms from the latest movie and so the fatigues were painted in a light grey, modern digi-cam. This took ages to achieve but I feel the end result was worth it and I believe I have created a realistic effect when coupled with the black armour. 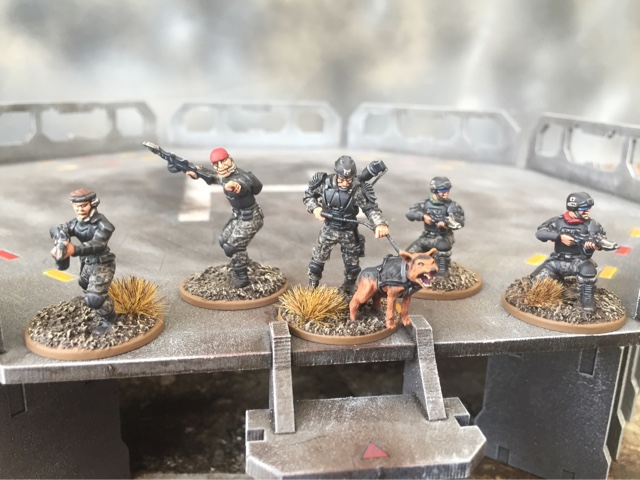 Next up we have a further set of five resistance fighters also armed with plasma rifles, additionally one of these has been upgraded to have a pet doggy (these are apparently very good at spotting Terminators). The K-9 operator didn't actually come with the box set and is an additional resin expansion model that I bought from the Warlord Website. As I haven't painted a contemporary dog before I spent a fair bit of time researching German Shepard colourings and patterns before I started on this model in order to make sure the finished article looked vaguely true-to-life.

Overall these aren't the easiest models to paint, and with the plastic resistance fighters there are only four different torsos which means that with larger forces there will inevitably be a high degree of repetition. This is something which I have tried to offset early through the use of different hair and scarf colours.

That being said I am actually really happy with how these guys turned out and I think that they will look good both in my games of Fallout and Terminator.
Posted by LegioCustodes at 12:44