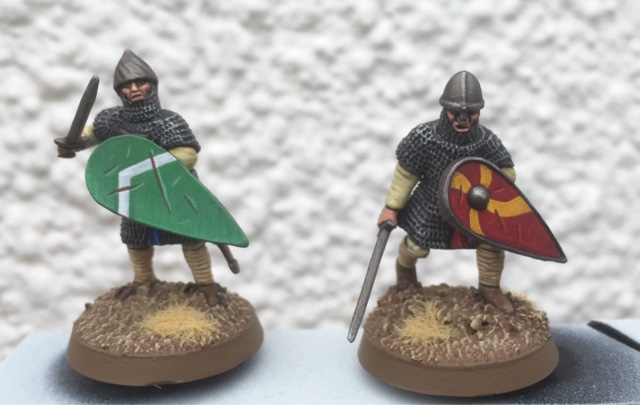 First up we have a couple of Knights both equipped with swords and the contemporary shields that were a hallmark of the period. Their knightly status is implied by the fact that they are actually able to afford the relatively expensive maille haubergons that provide a significant degree of protection against the battlefield's many dangers. 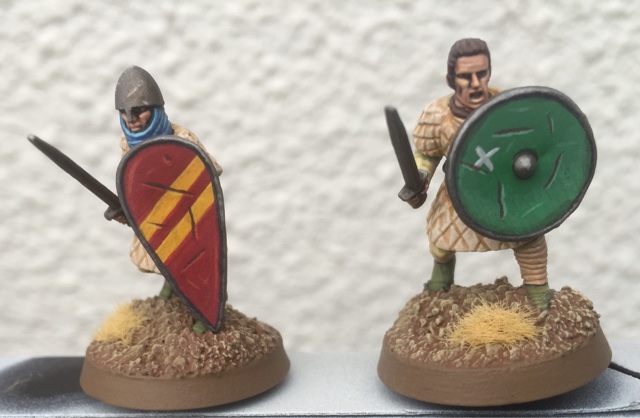 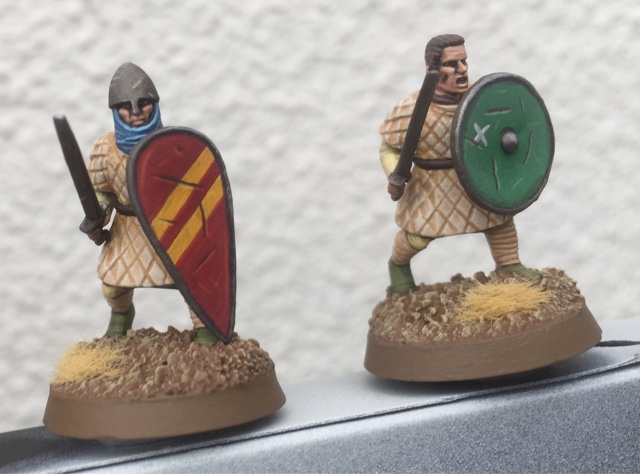 Next I decided that my Knights would be supported by a couple of sergeants/men-at-arms. Given their poorer status these professional soldiers could only afford a padded gambeson as opposed to the full maille worn by their betters, nonetheless less they are still formidable fighters. Whilst not strictly necessary I decided to tie each of the sergeants to their patron by utilising the same colours on their shields, this allows them to maintain a degree of coherency without straying into the field of official heraldry which wouldn't arise for some time.

These are my first historic models for years so I am pretty pleased with the finished result. I am even more pleased with the sergeants as they are the first models in twenty-five years of painting that I have actually painted up from a white undercoat!

Next up I will try and do some archers or unarmoured spearmen to reinforce their lieges retinue of warriors.

Posted by LegioCustodes at 09:17