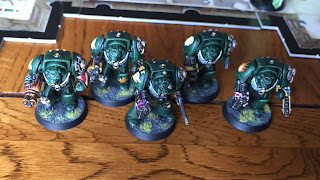 So what is there to do to pass the time on a rainy Sunday afternoon in October... not much really!

Thus I decided to break out my copy of the original 1989 Space Hulk for a quick game with my girlfriend. Whilst I do like bigger battles it is nice to have a game like this that can be set up and played relatively quickly. 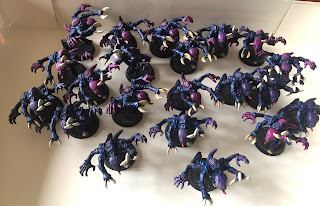 To keep things authentic (and retro) in nature I used my original 1989 Metal Terminators (painted as Salamanders) and the fully painted plastic Genestealers that came with the boxset. 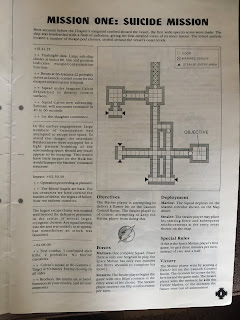 As it has been a while since I played Space Hulk we decided to go for the relatively simple first mission in the book... appropriately entitled ‘Suicide Mission’. 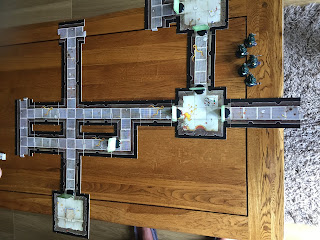 The mission itself is relatively simple... the Space Marines need to get the one Terminator equipped with a Heavy Flamer to the far control room so that they can torch it... 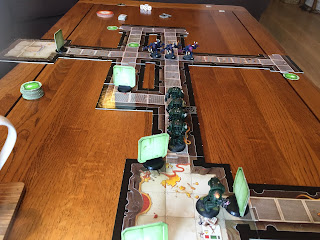 ... Conversely the Genestealers just need to eat all the Space Marines in order to prevent this happening! 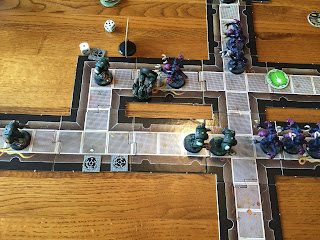 My girlfriend opted to play as the Genestealers and so I donned my Tactical Dreadnought Armour and led my  veteran Space Marines into the claustrophobic corridors of the abandoned space craft. 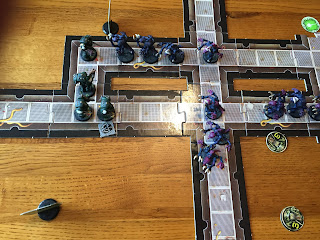 As the Marine player it’s easy to be overconfident and reliant on your impressive firepower to carry the day against the mindless aliens that invest the ship.... 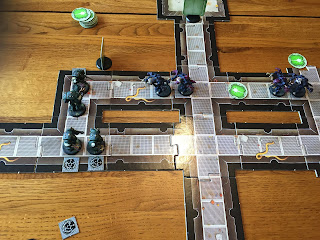 ... However I found that this arrogance quickly led to problems as the marines are really quite slow and cumbersome compared to the fast-moving xenos filth. 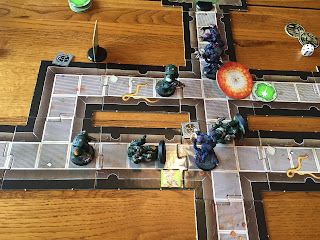 Also thanks to the blip system the Genestealer forces build up relatively quickly, which means the corridors fill up with terrifying numbers of aliens in the blink of an eye... scary! 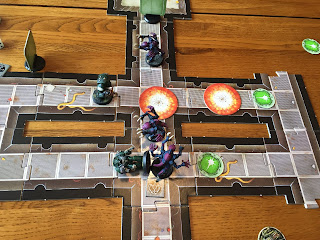 In fact some times the only way to deal with the vast swarms of blue vermin is to torch the corridors with the potent Heavy Flamer... however the Space Marine player needs to be careful not to waste all the precious Flamer fuel before the Terminator reaches the target room. 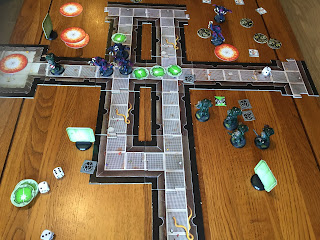 My girlfriend played a very aggressive but tactically astute game with the Genestealers and swiftly killed four out of my five Terminators... including the precious sergeant! 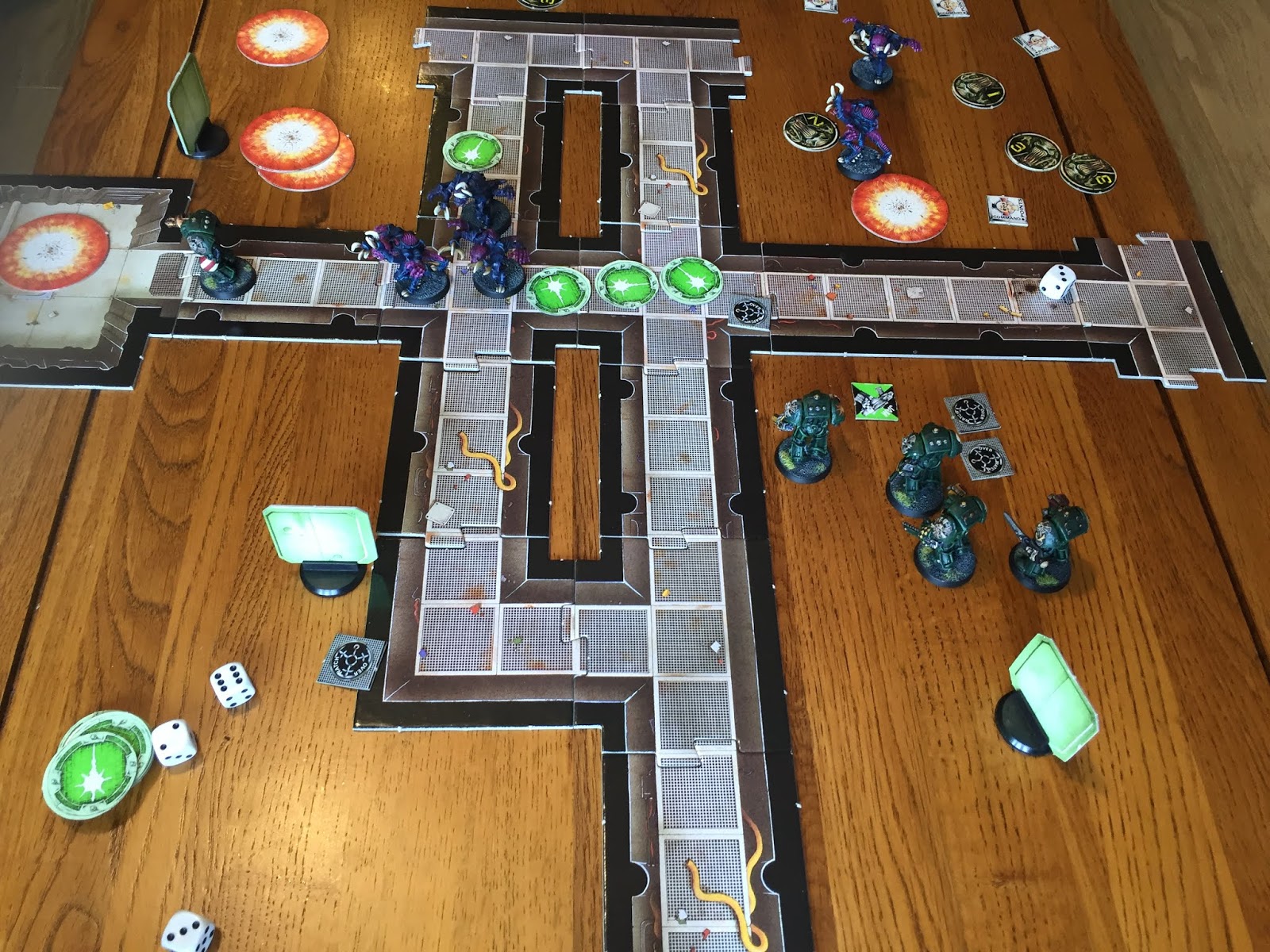 Luckily through some fortuitous dice rolls my flamer Marine managed to hold on for dear life and finally reach the room... However with a pack of Genestealers directly behind him it’s fair to say he definitely didn’t survive this mission!!

Overall this was a really fun little game and reminded me just how cool the original edition of Space Hulk was.

The rules are easy to learn and really accurately simulate the difficulties Terminators would face when trying to eliminate a much more agile foe in such a restrictive battle-space.

We’ll definitely playing Mission Two at some point in the near future. 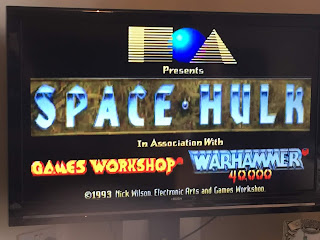 As an aside....In order to set the atmosphere I set up YouTube on the TV in the background and played the intro to the 1993 Space Hulk Computer game that was released for the Amiga!! This also included the original soundtrack by D-Rok!! 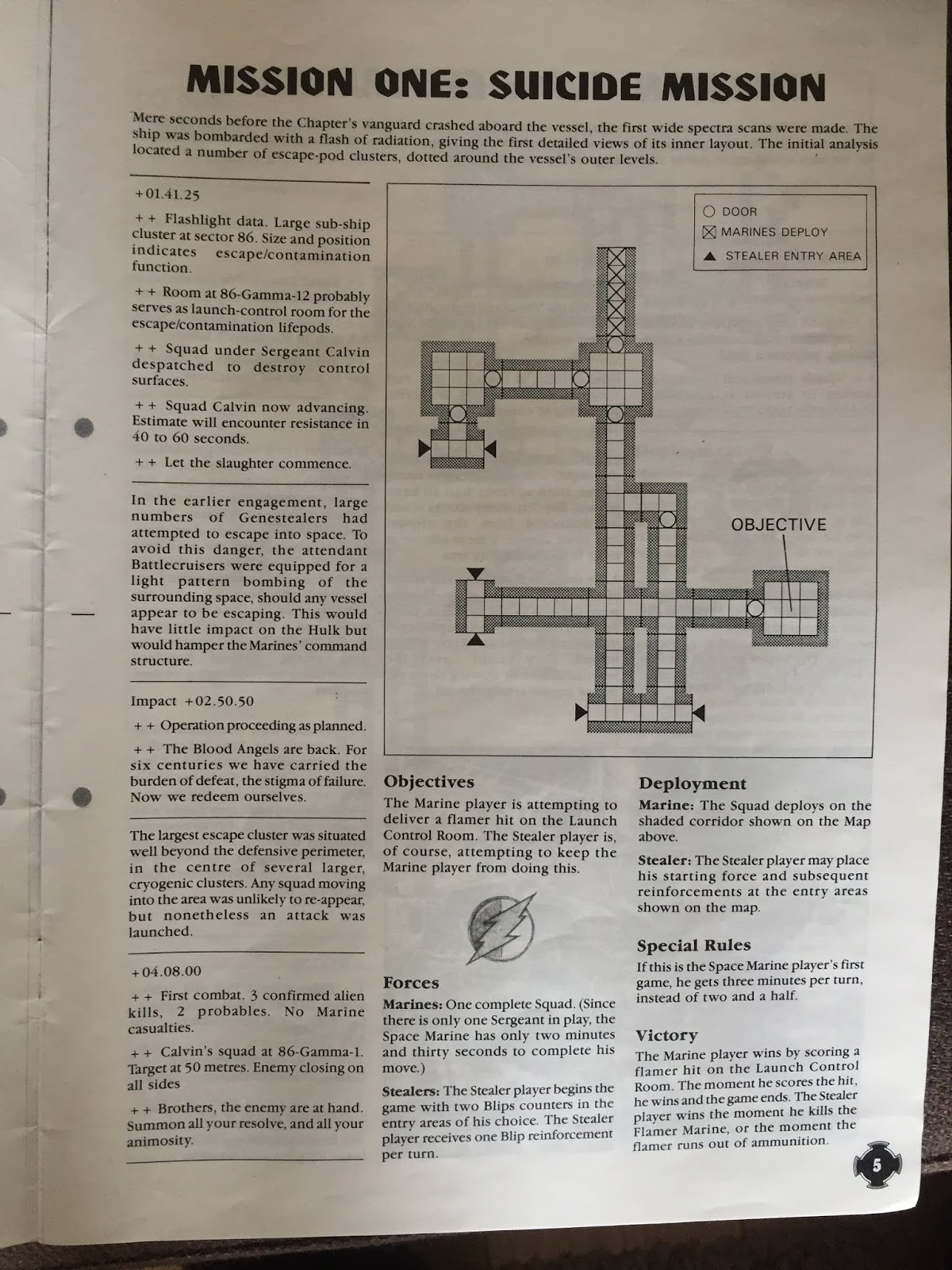 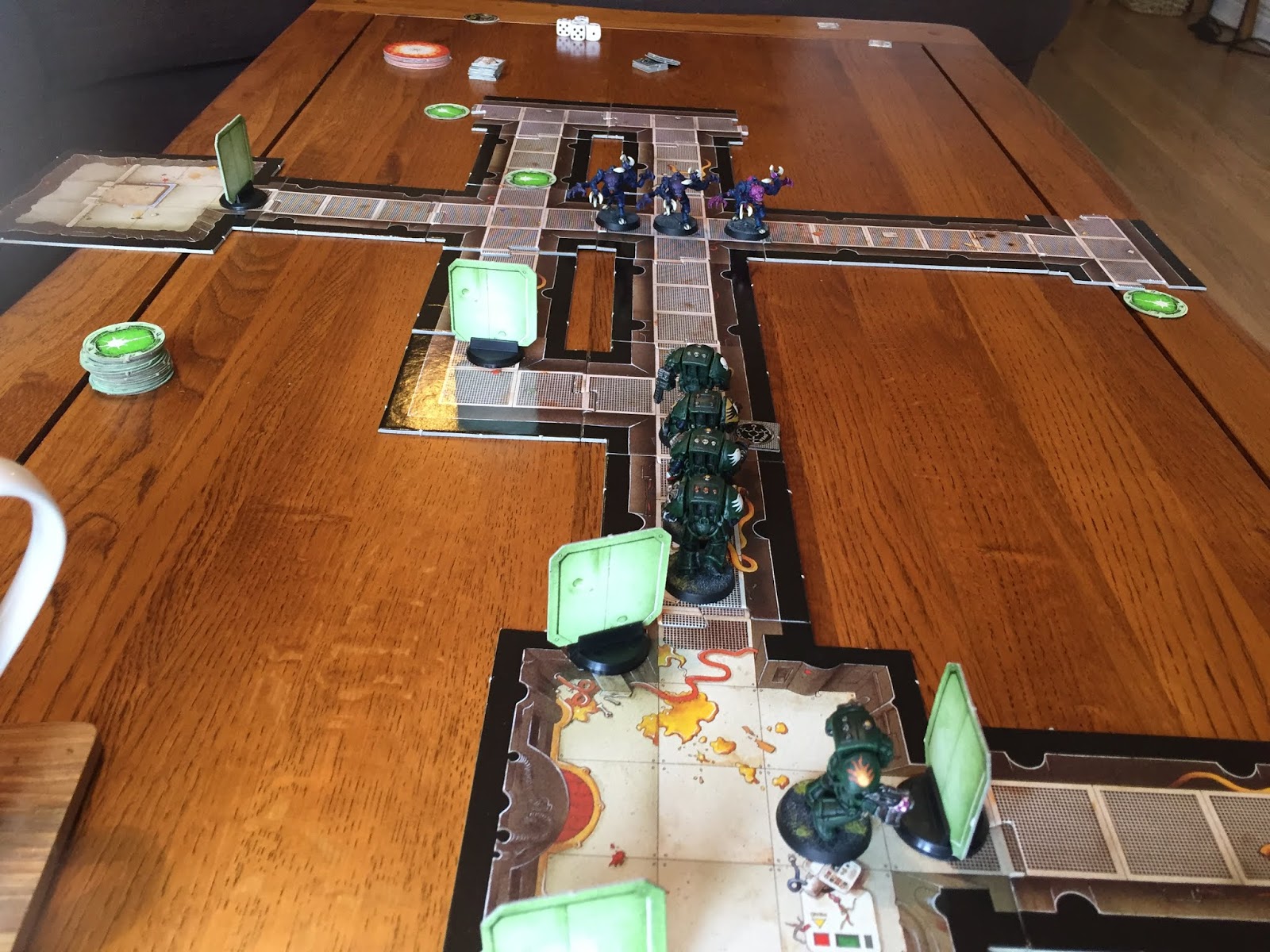 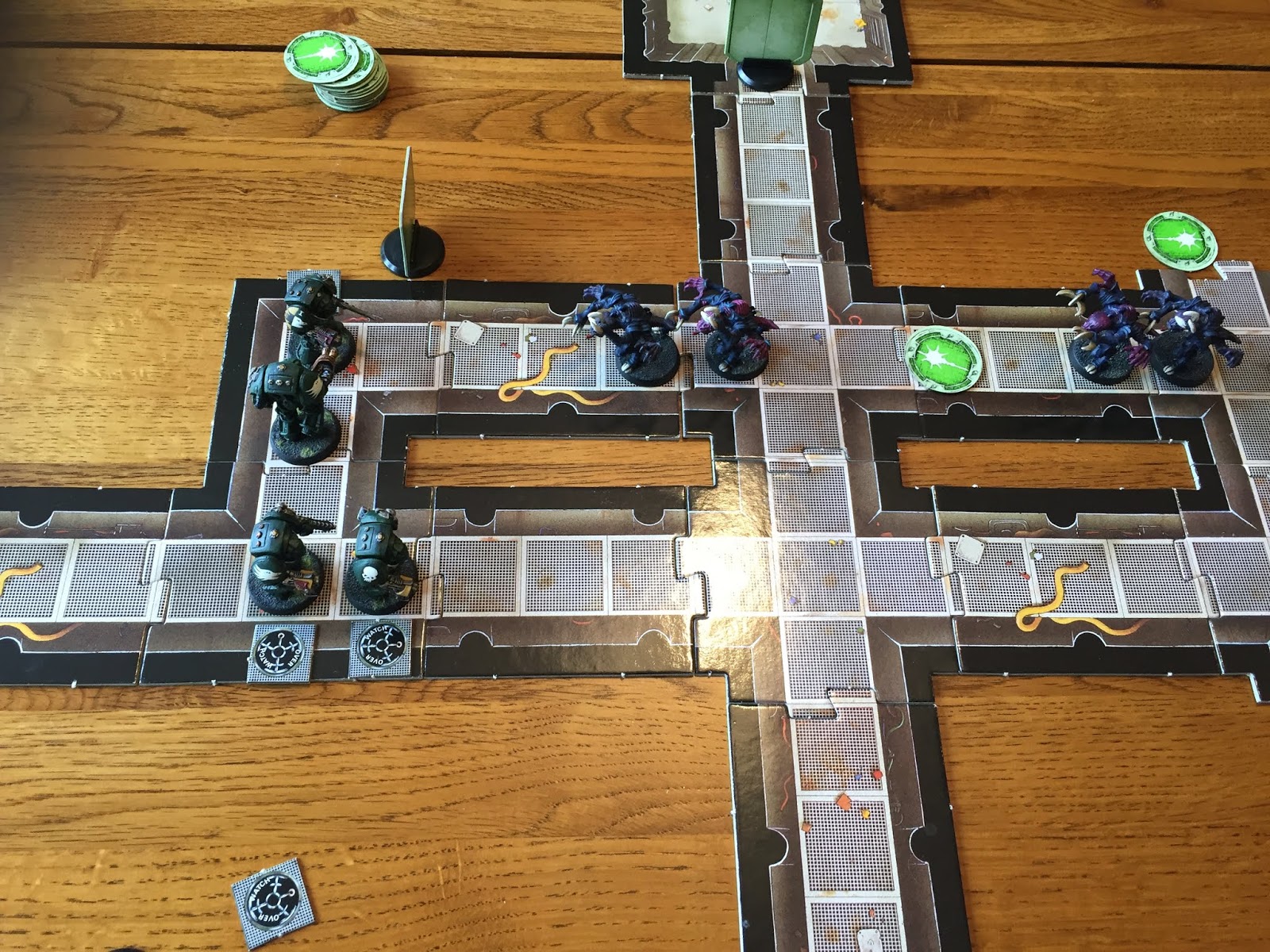 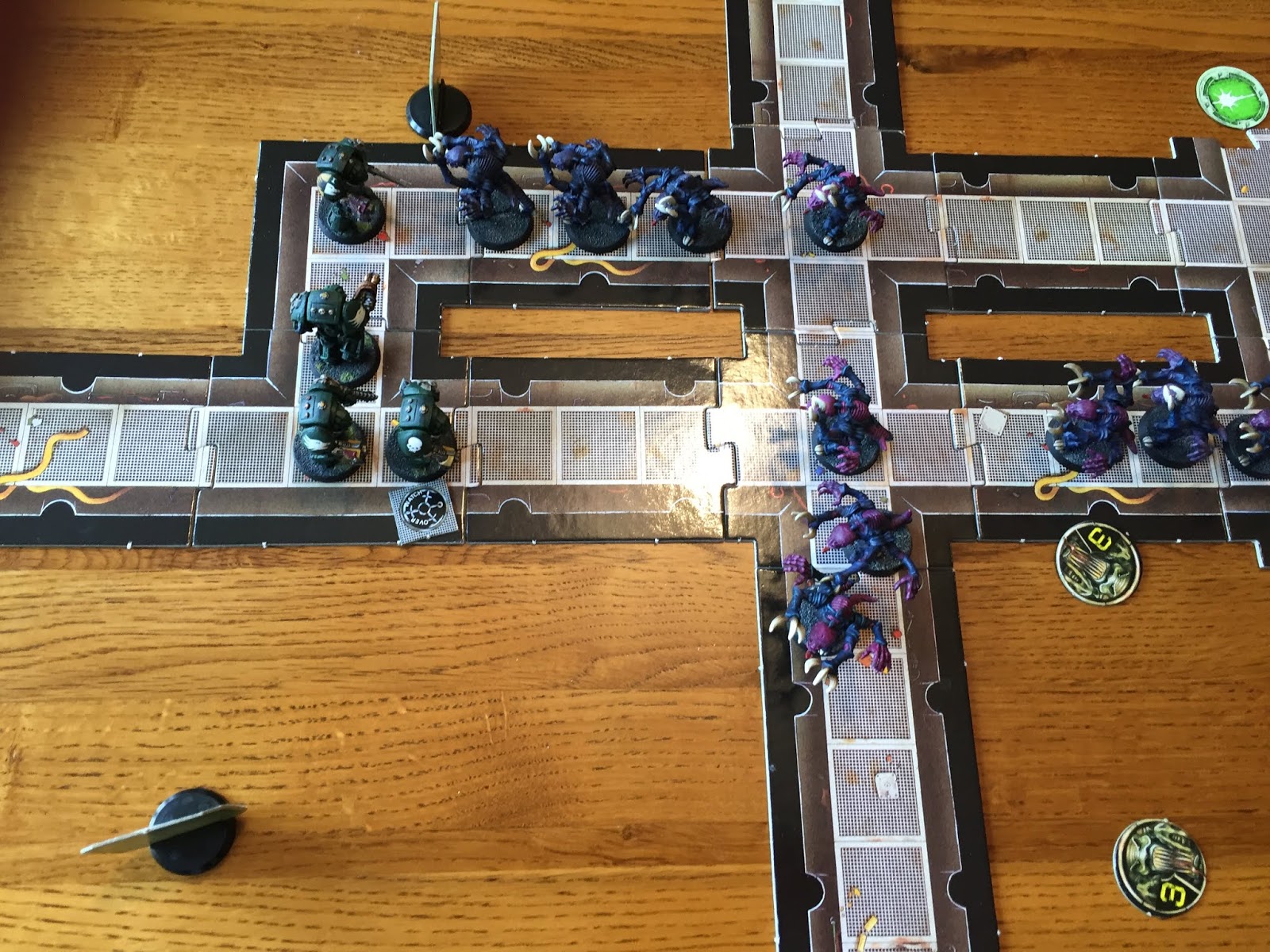 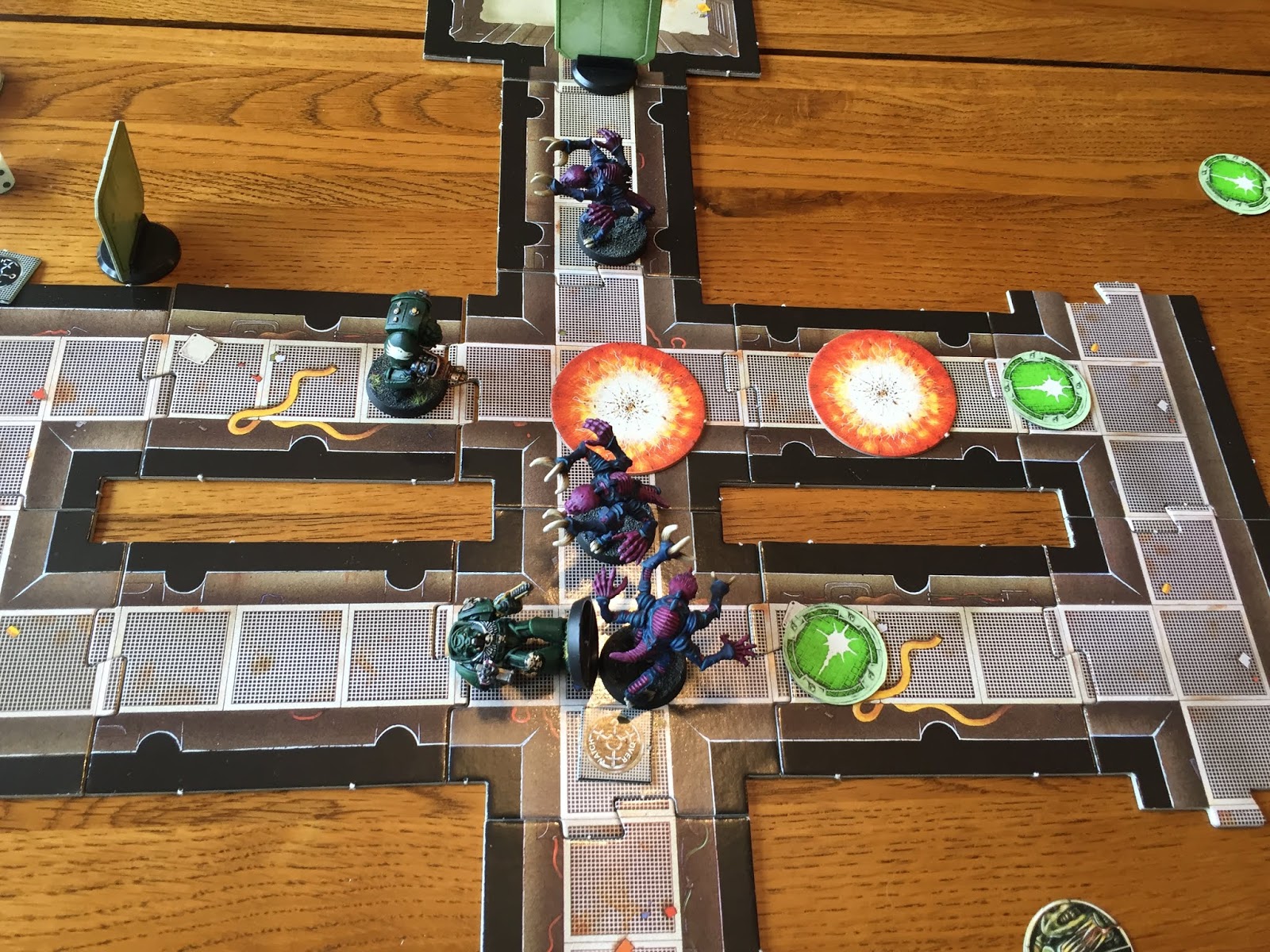 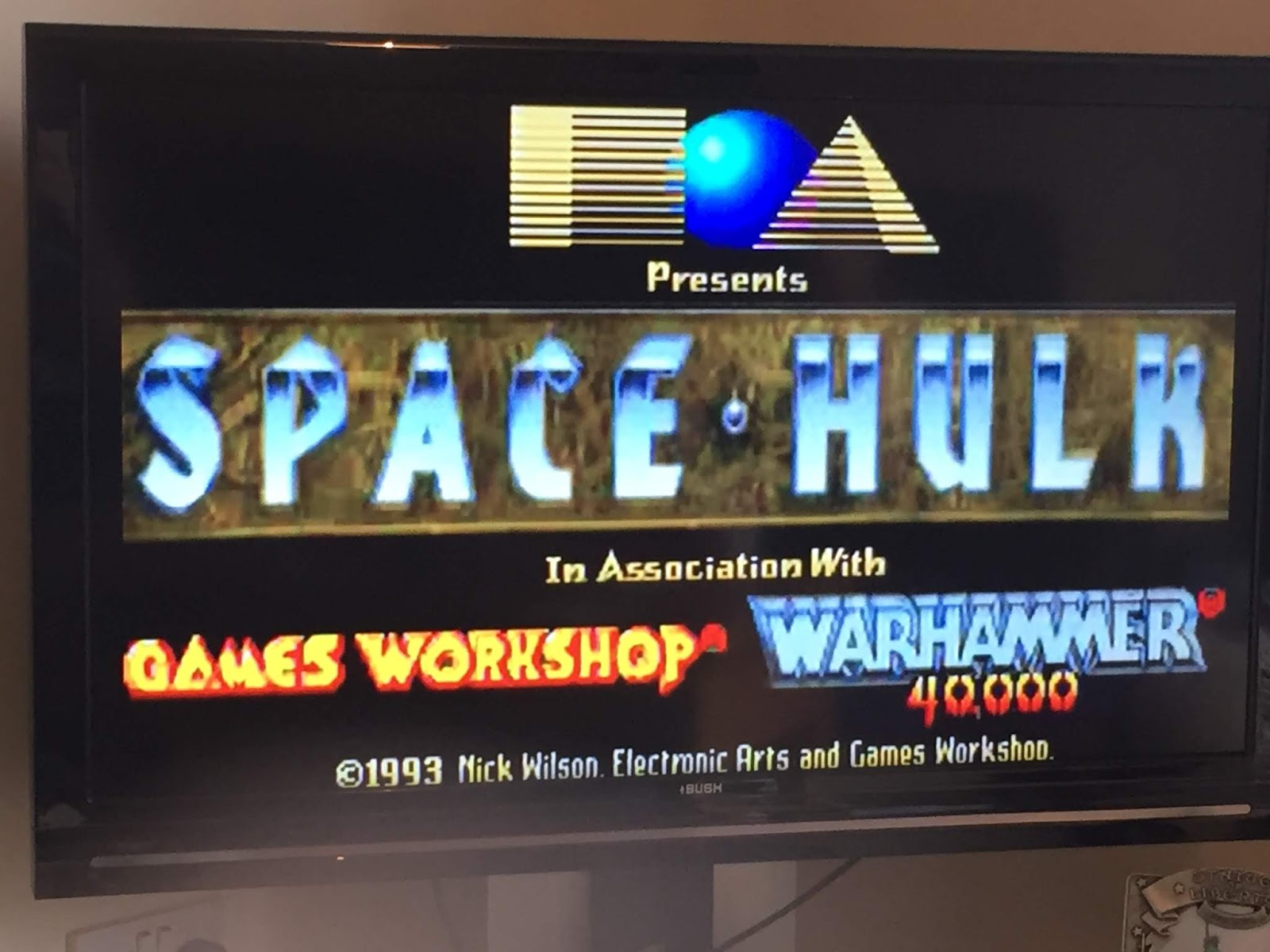 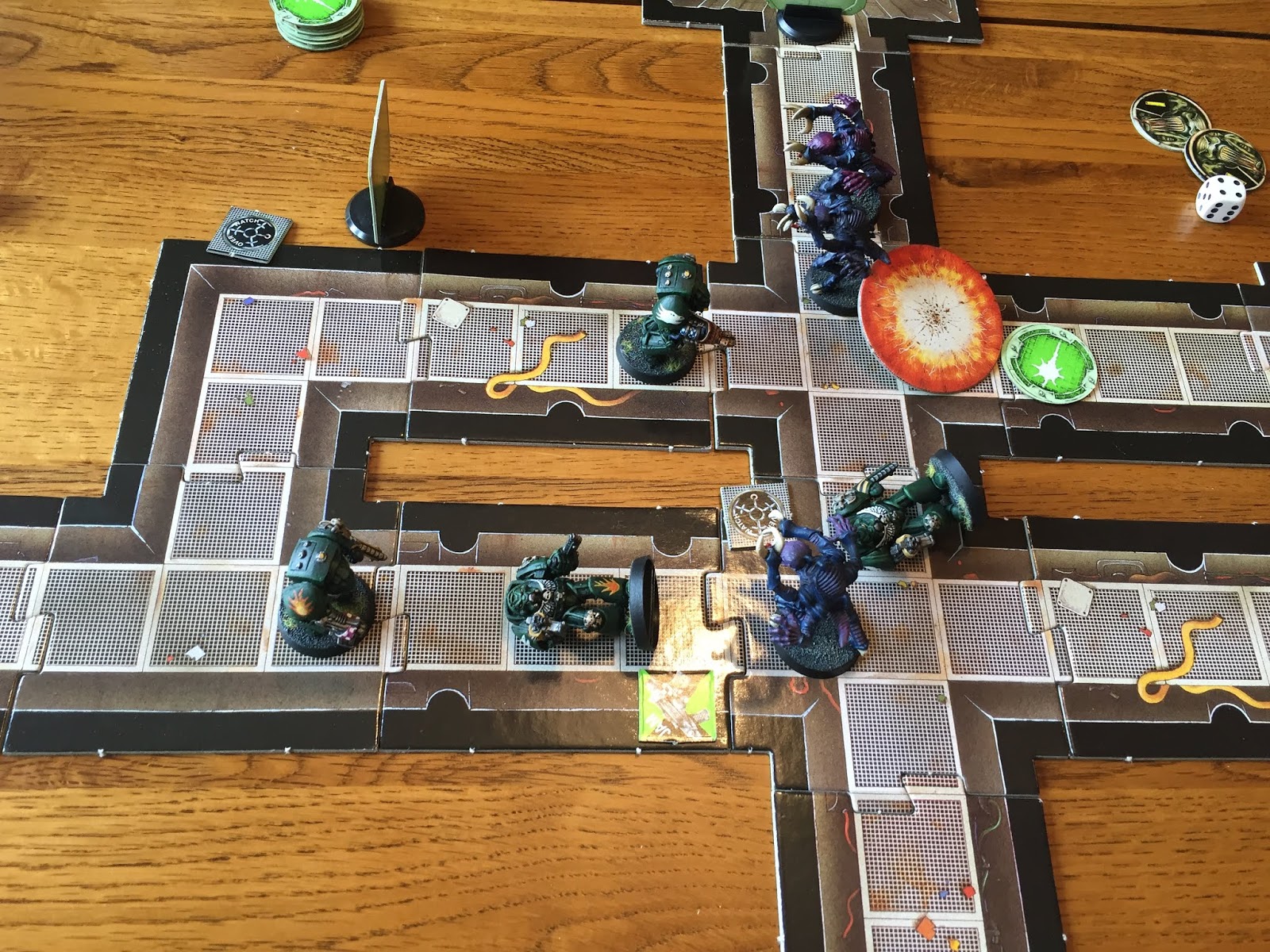 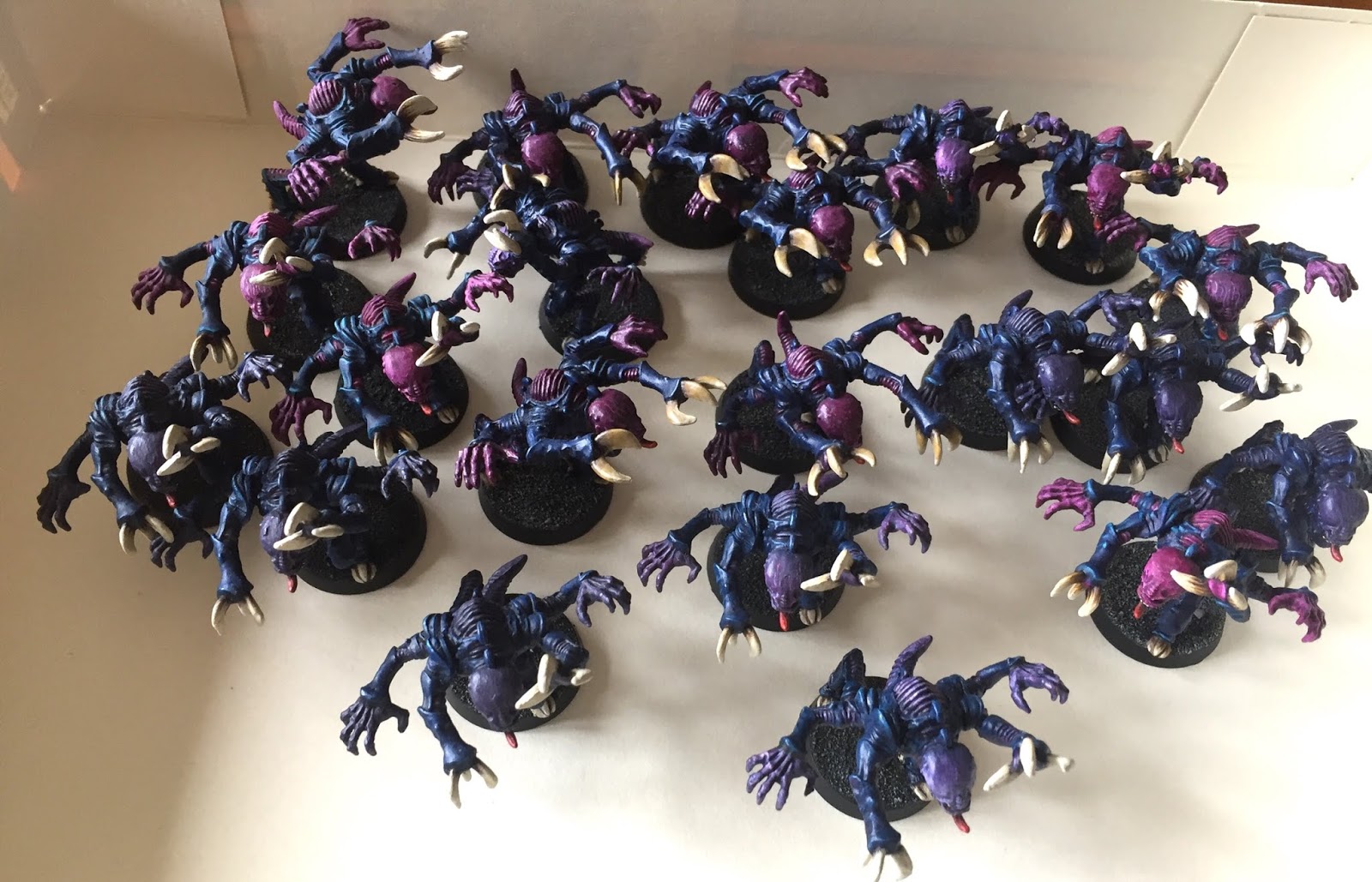 Posted by LegioCustodes at 14:09