Having generated some great results with my first few MK IV Flesh Tearers last week I decided to push for a larger squad this time around. 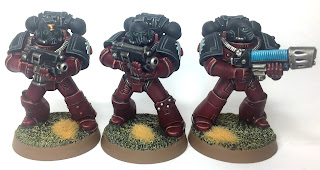 Four of these archaic marines were equipped with the ubiquitous boltgun whiskey the final brother Astartes was carrying a Heresy-era plasma gun. 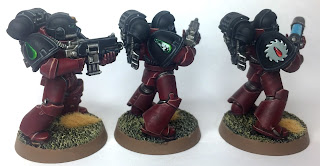 These guys are a real pleasure to both assemble and paint; aesthetically they seem to fit somewhere between normal marine models and their newer Primaris brethren. 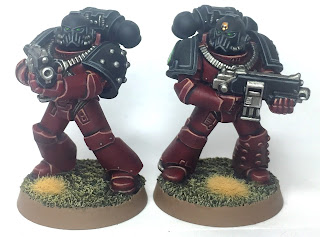 They are of a similar scale to ‘normal’ tactical marines (albeit slightly larger) but are devoid of the skulls, scrolls and other assorted ‘gubbins’ that hang off the more modern MK VII suits of Battle plate. 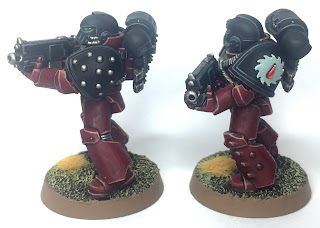 I replaced their shoulder pads with sculpted alternatives as the Flesh Tearer Symbol is remarkably hard to do freehand! 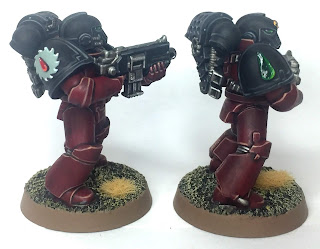 Once again I’m really happy with these guys; personally I think that the two colour armour heraldry looks great and the blue plasma coils really makes them pop!

I think I might work on a heavy weapon for the squad next!!