So after my post last week (and Suber’s subsequent encouragement) I have decided that I will definitely be expanding both my Necron and Adepta Sororitas force’s so that I can refight the classic ‘Battle at Sanctuary 101’. This was the first encounter between the Imperium and the Necrons, and it originally started out as a second edition 40k battle report way back in 1997. 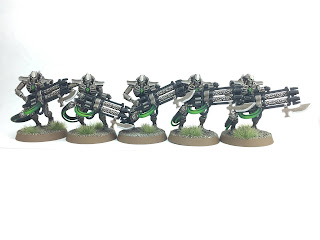 In order to build up sufficient forces to make this battle interesting I will try to work alternately on Necron and Battle Sisters unit’s each week. 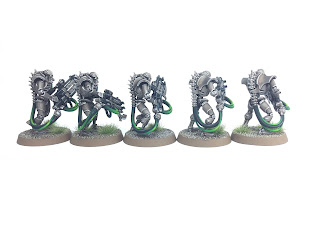 This week I have produced another five Necron Immortals. These guys can either work independently as a five man squad or combine with the five Immortals that I produced a few weeks back in order to make a full ten strong unit. 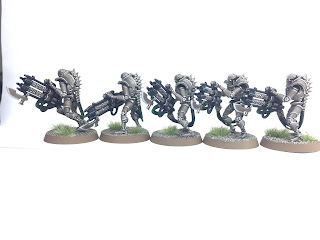 As I have completed a total of sixty Necron Warriors and ten Immortals I think I’ll look  at painting some sort of character to lead this force next...possibly a Cryptek or a Lord of some sort. 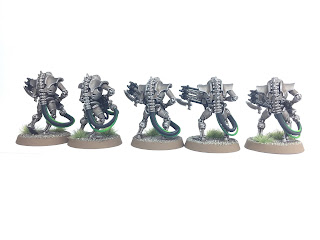 Now that I have something cool to aim for this has inspired me to maintain a strong tempo of hobby activity. It’s always great to have a goal and for me the refight of ‘Sanctuary 101’ is a great motivation!
Posted by LegioCustodes at 17:29