I have been working hard on another addition to my Flesh Tearers army this week. I decided that I wanted to add a bit of power to the command element of my army and so I knocked up a standard bearer (or Ancient) for the force. 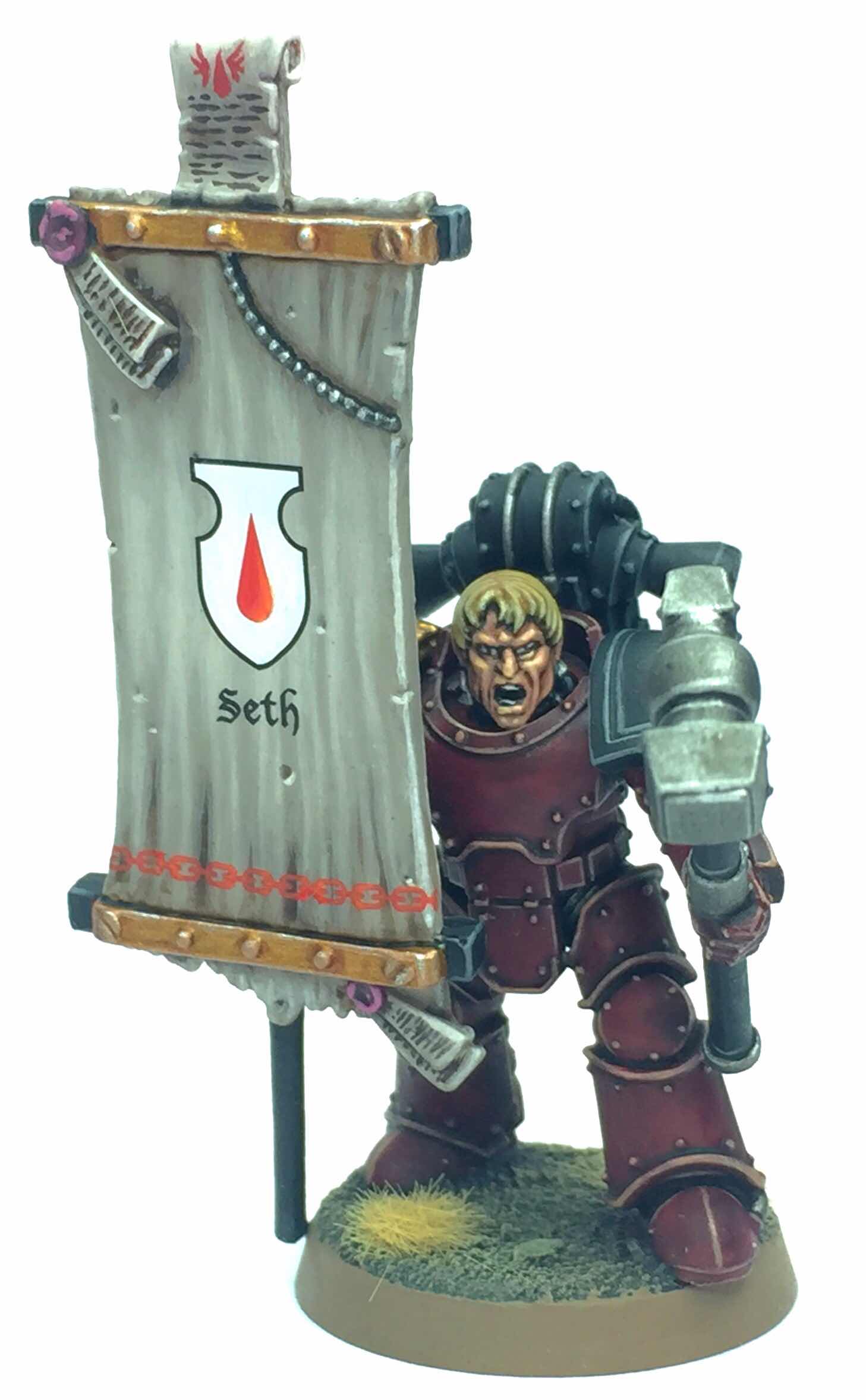 One of my favourite things about the Space Marines in general is the fact that they carry standards in to battle. This synergy of medieval tradition with bio-engineered, hi-tech super soldiers is just Uber-cool and really epitomises the extreme contrasts of the grimdark setting. 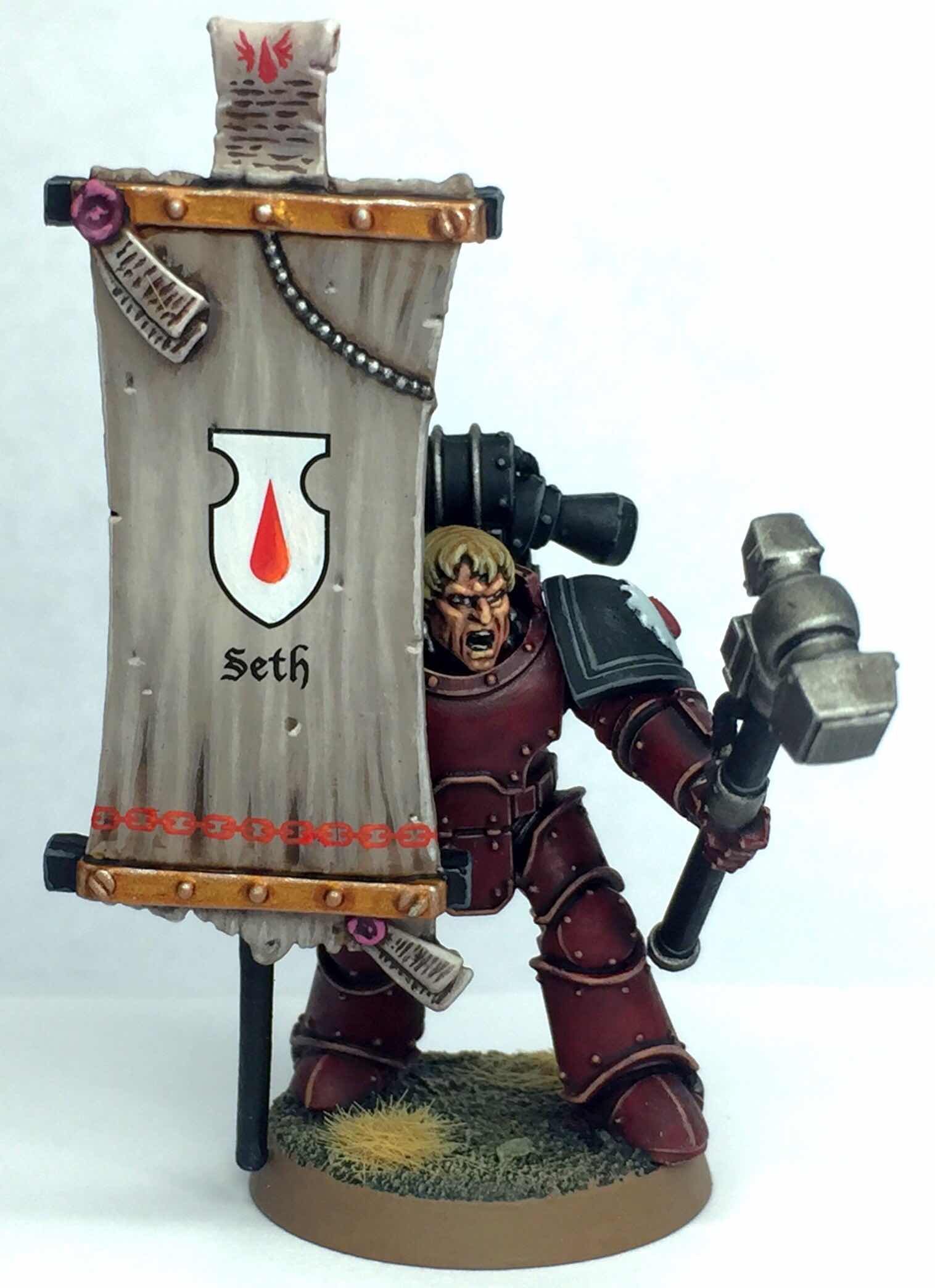 This chap is a conglomeration of pieces from all over the place and I spent a fair old while getting the right bits for the model. 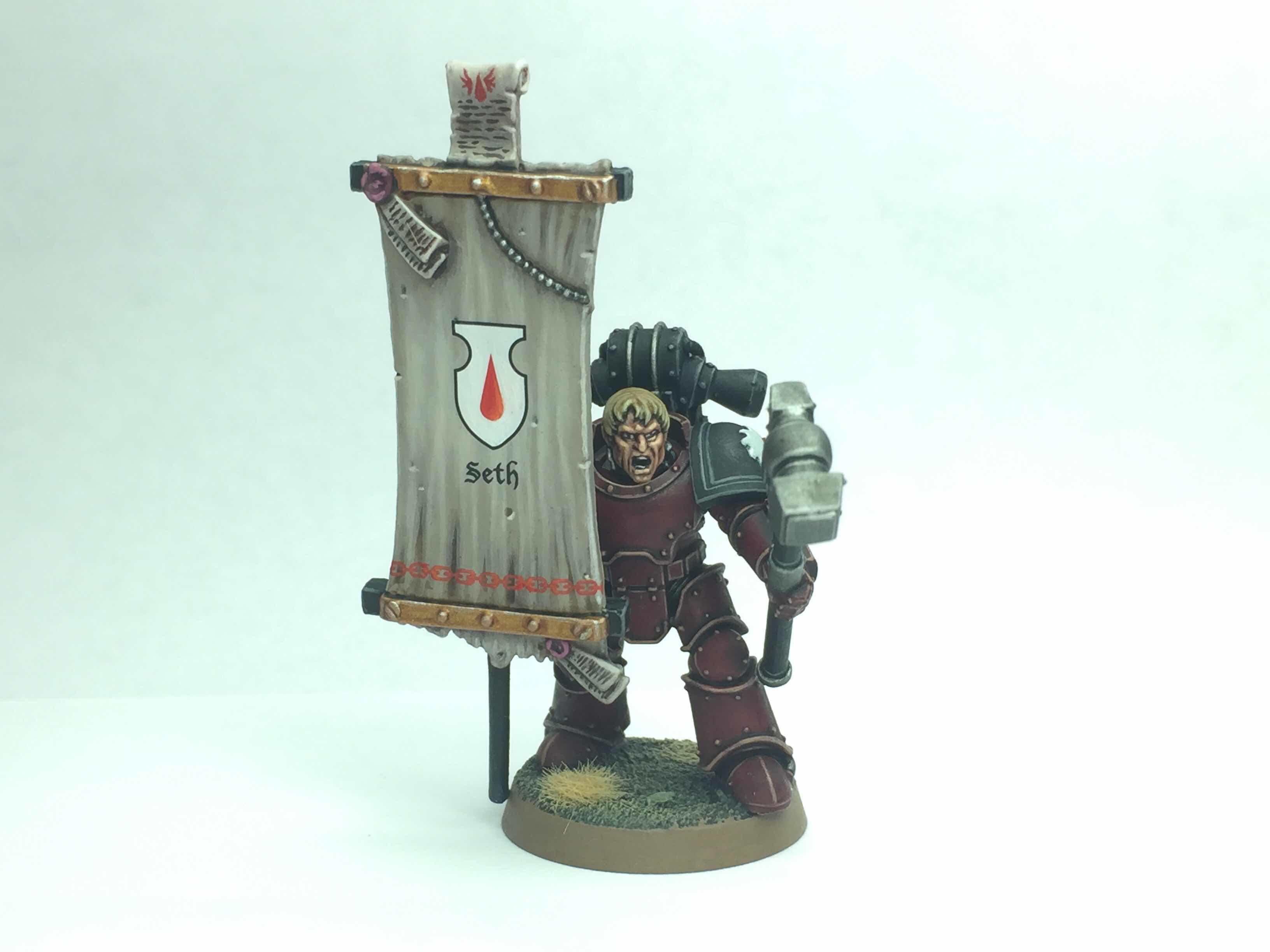 The standard itself is actually an old metal one from the 1998 Blood Angels Honour Guard boxed set. The torso and Thunder Hammer are from the Mk III Horus Heresy Marine Set; whilst the head and gold shoulder pad are from the Sanguinary Guard box. 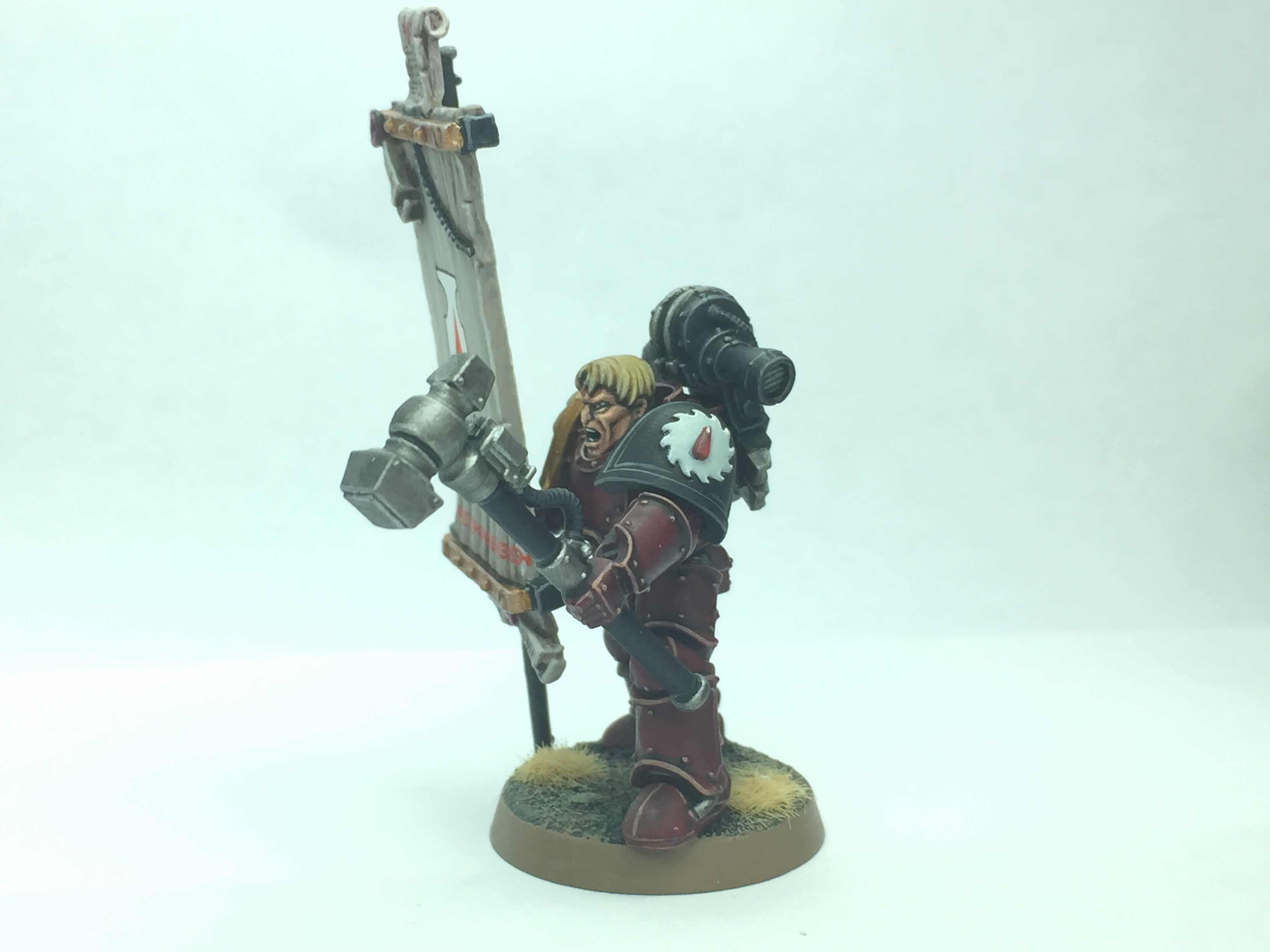 Given that style-wise the Flesh Tearers are almost the polar opposite of their primogenitors, the blood angels (raw, unadorned brutality vs renaissance-esque ostentation) I decided to keep the banner simple. Thus whilst I spend ages layering and blending the fabric I decided to keep it relatively spartan and clean overall. 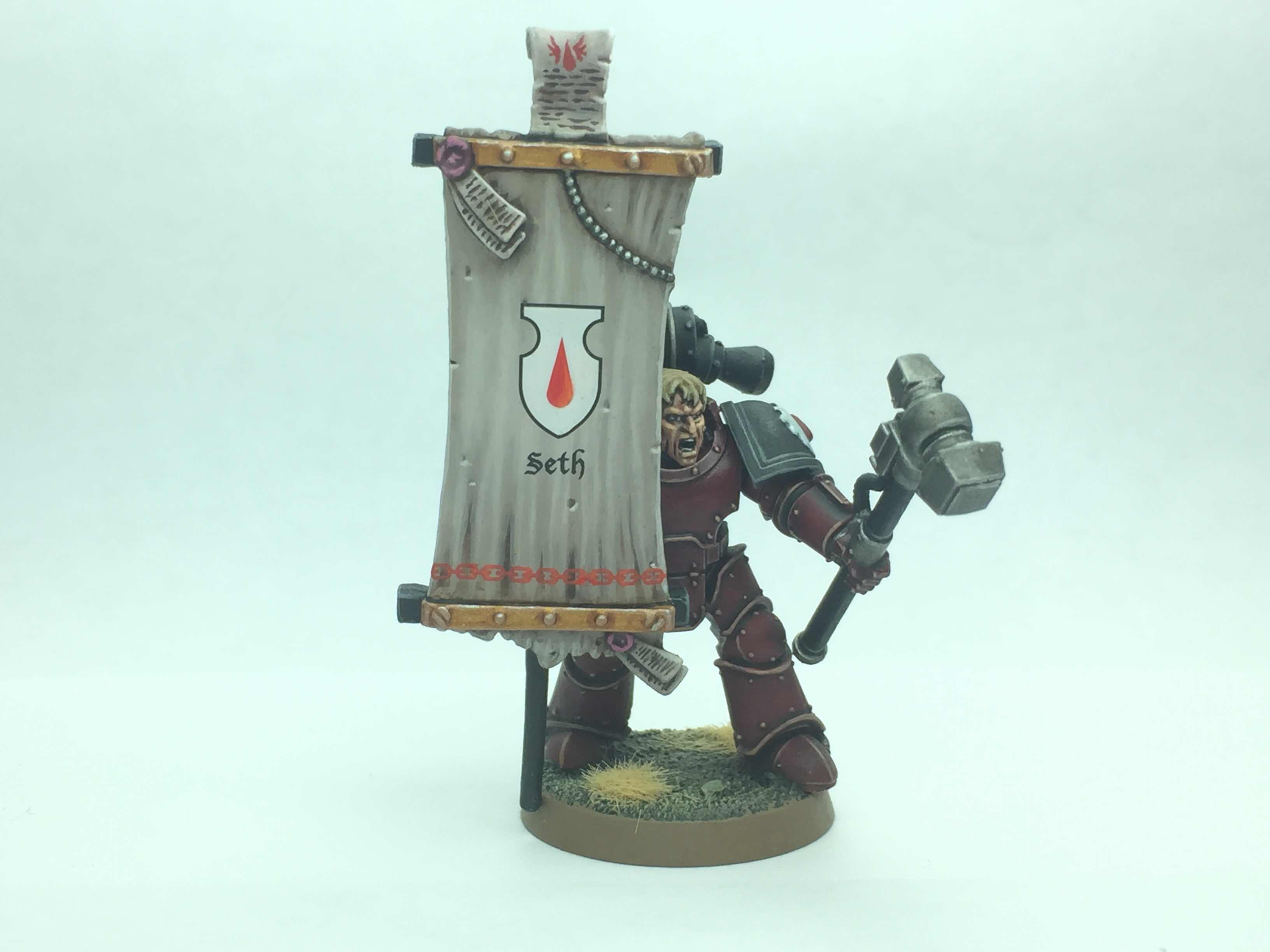 I chose to equip him with a Thunder Hammer as I have recently fallen in love with this brutal melee weapon for its sheer destructive potential...especially in the hands of a skilled Flesh Tearer veteran. 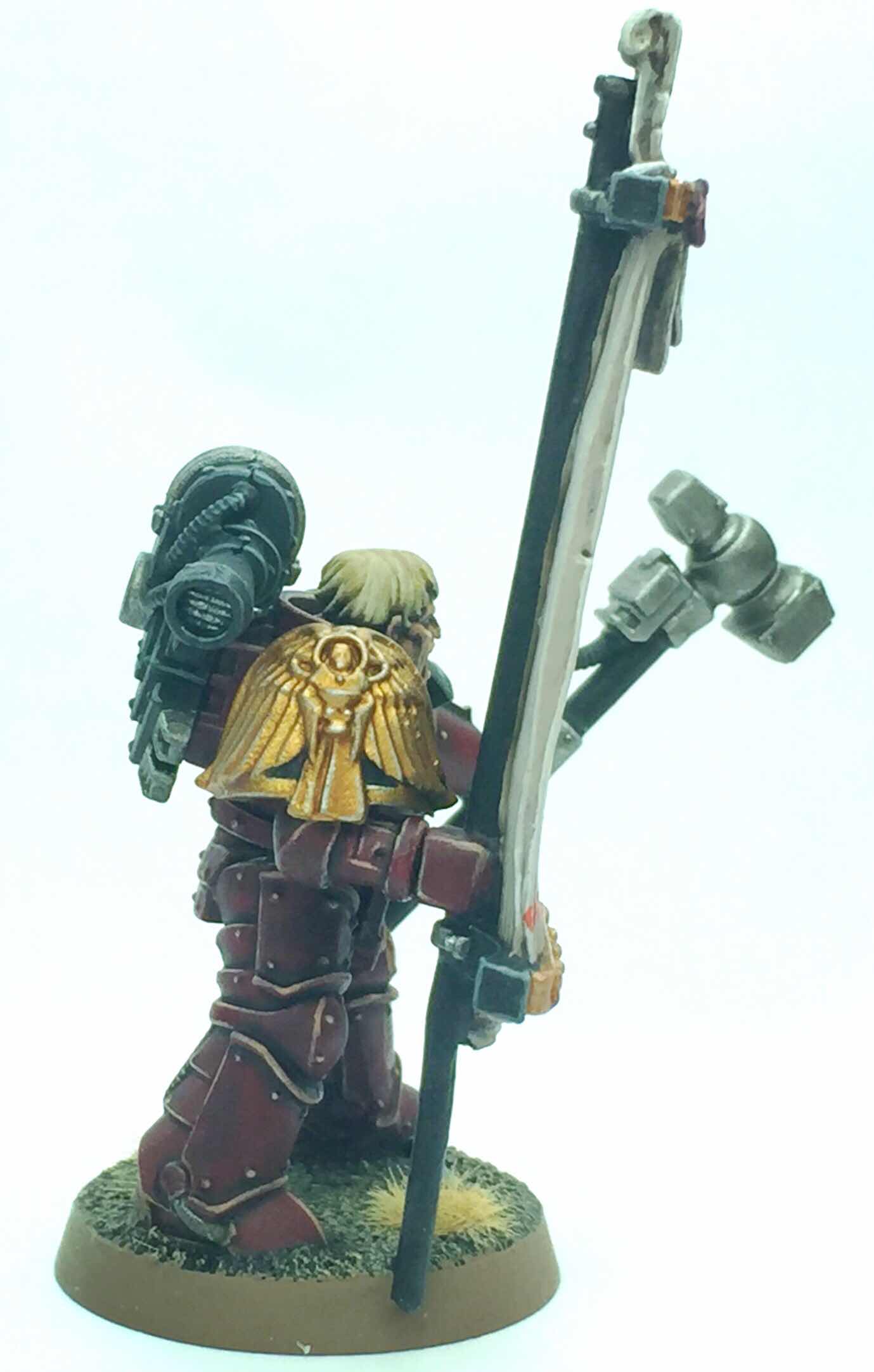 I’m very happy with how this guy has turned out and I’m really looking forward to seeing how he does on the battlefield... especially his ability to drive up the performance of nearby units. I’ll let you know how he does....
Posted by LegioCustodes at 13:15