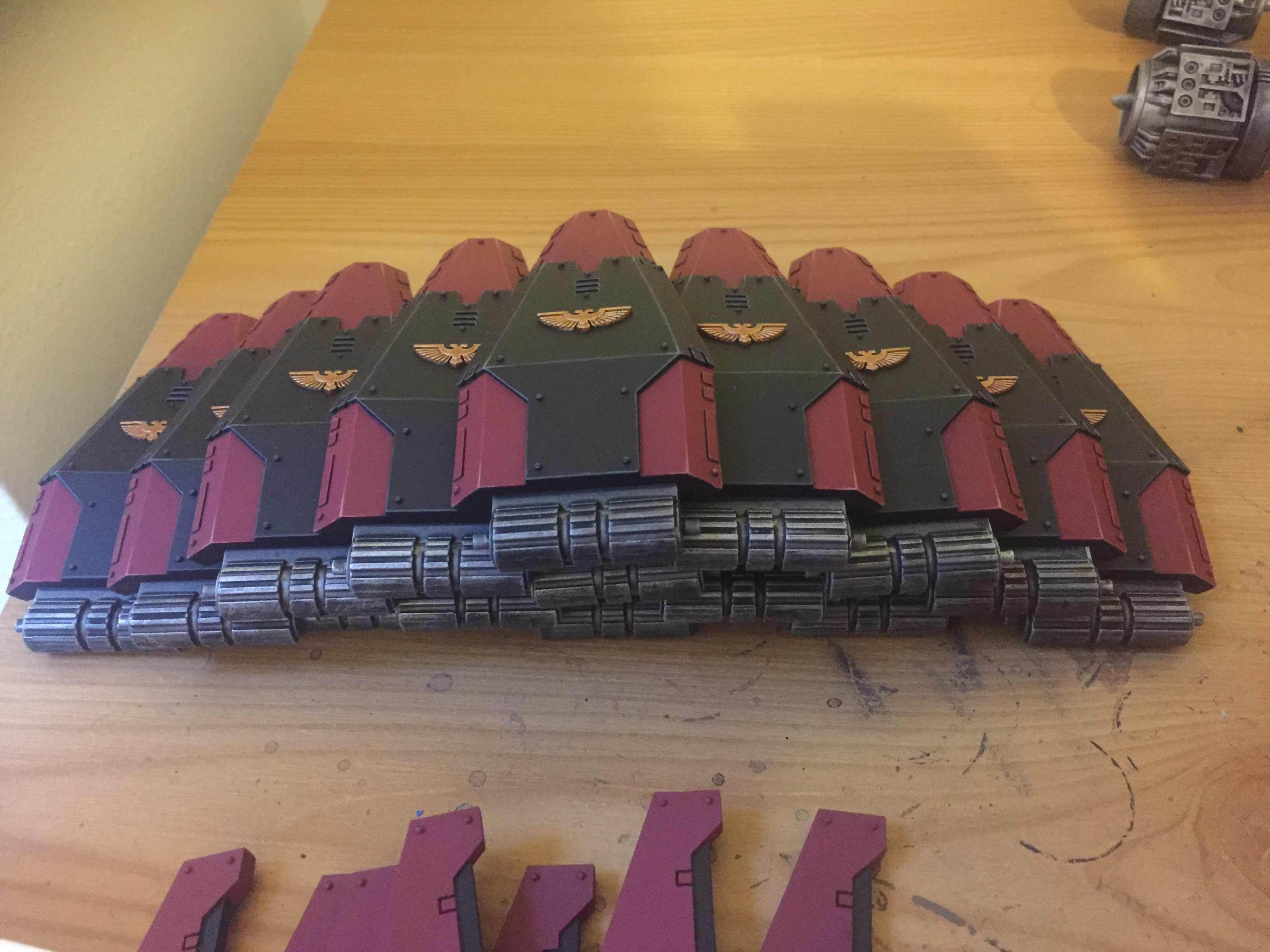 So my latest project has been inspired by my recent efforts to update and re-touch my Flesh Tearer infantry models.

After having gone to great effort to produce such nice looking close combat troops I knew that I had to give them some form of transport in order to swiftly get them into melee with the enemy. 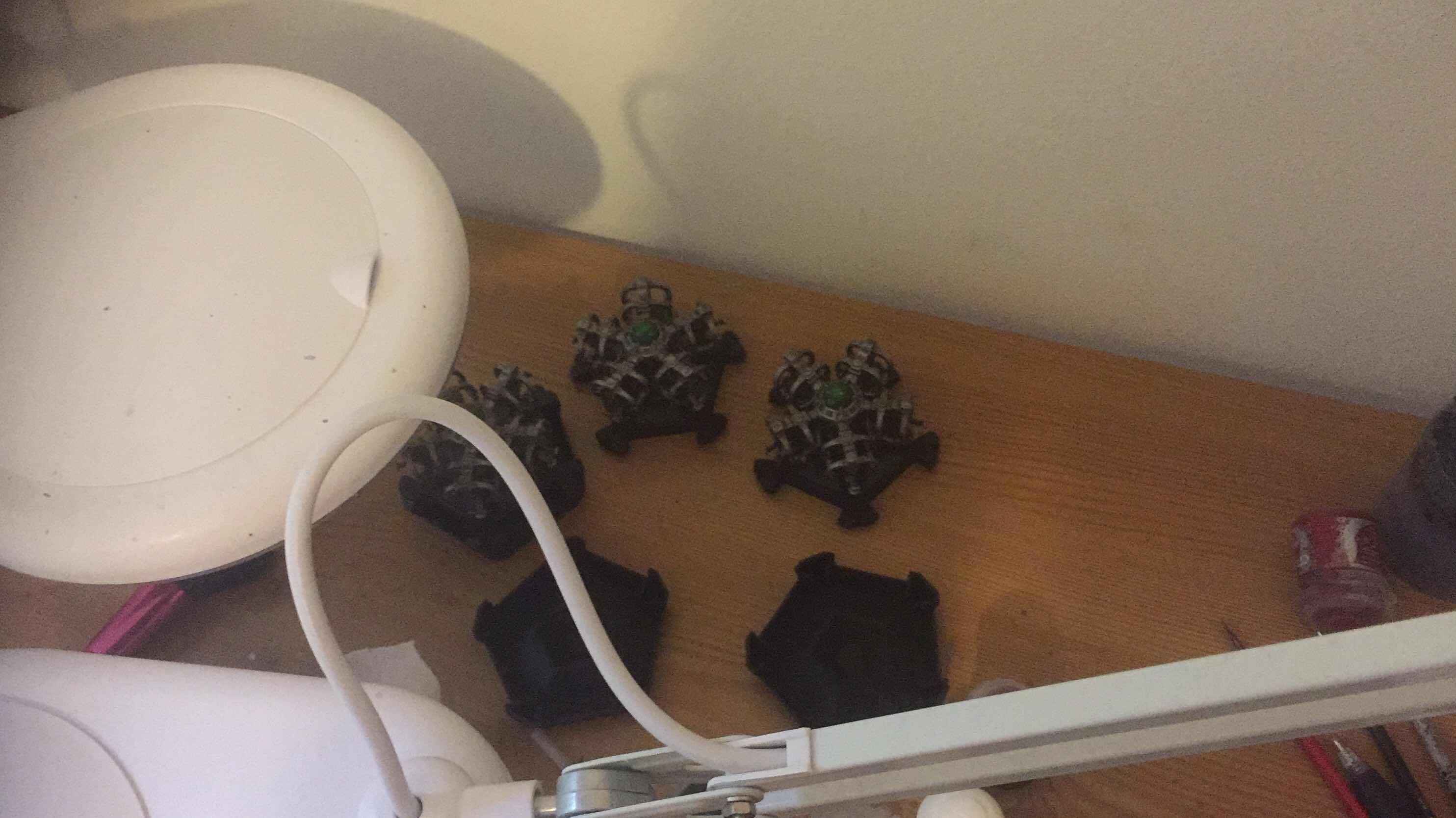 Given the close assault orientation of this force I decided that drop pods would be the ideal method of transportation for these warriors as they allow me to deliver a hammer blow right into the rear of my enemy’s lines. 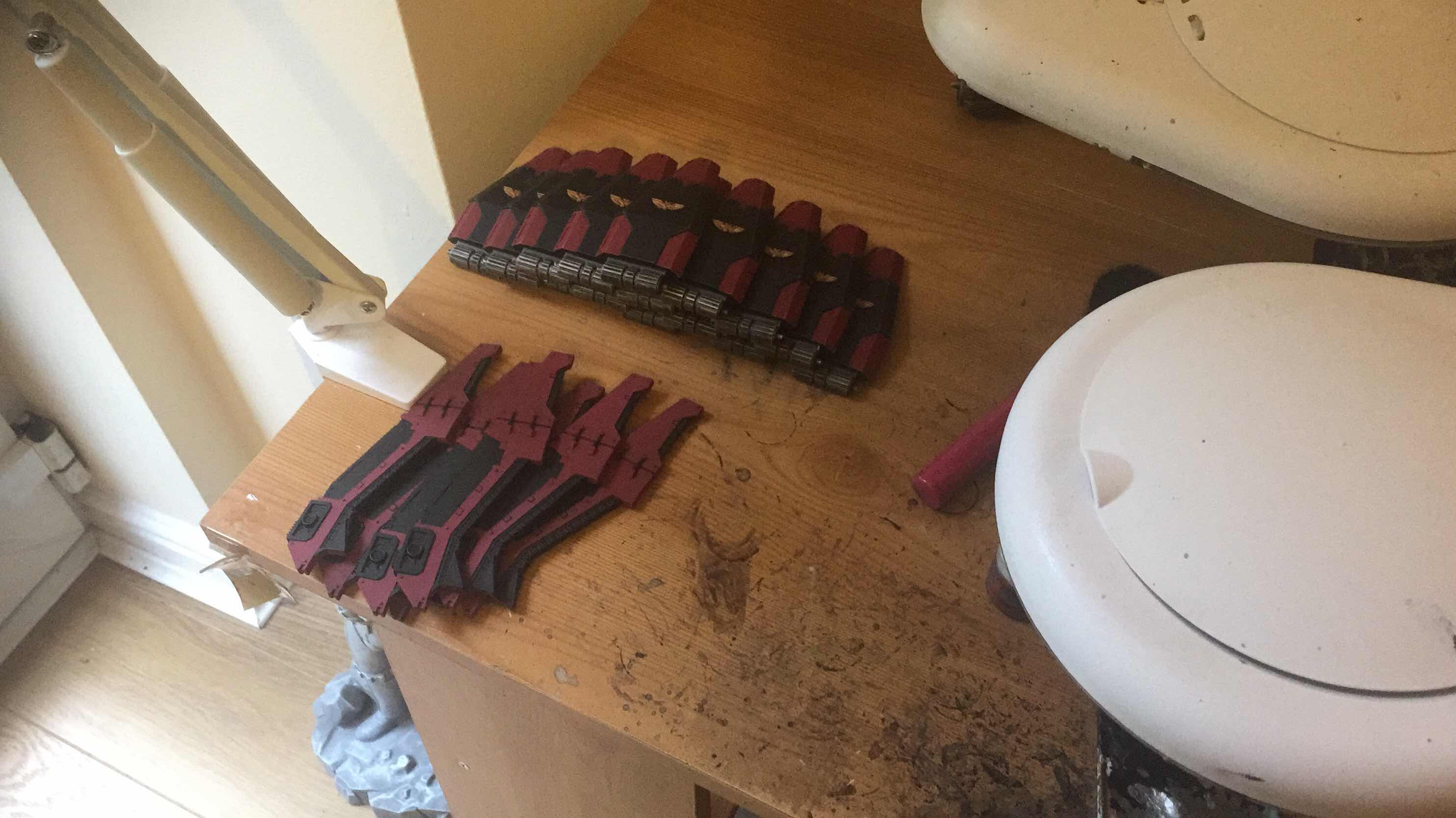 Luckily I already posseses three of these models in my extensive pile of brand new unpainted plastic.

In fact I have to confess that I have actually owned one of these models since the drop pod was initially released way back in 2004... I have just never got around to assembling and painting the damn thing. ...And this is where things went rapidly down hill. Normally I’m a fairly rapid painter and I am able to get my Miniatures painted and finished in a timely fashion.

However this has not been the case with the drop pods... Now I’m sure that every hobbyist feels this at some point for one of their projects; but I am really not enjoying the drop pods!

Initially I found them okay to assemble; but there are so many working parts and the models are so complicated that I had to break them down into sub-assemblies. This is not a problem in itself but it makes the task so bloody monotonous... I now have fifteen doors; fifteen stabiliser fins and three central command consoles to do... and Jesus they are boring.

So here we are five weeks after I started the damn project and they still aren’t finished. Nonetheless I absolutely refuse to quit... this I still force myself to sit down and do a little bit of work every night to get these bastards done. I feel like I am Captain Ahab and these drop pods have become my Moby Dick. 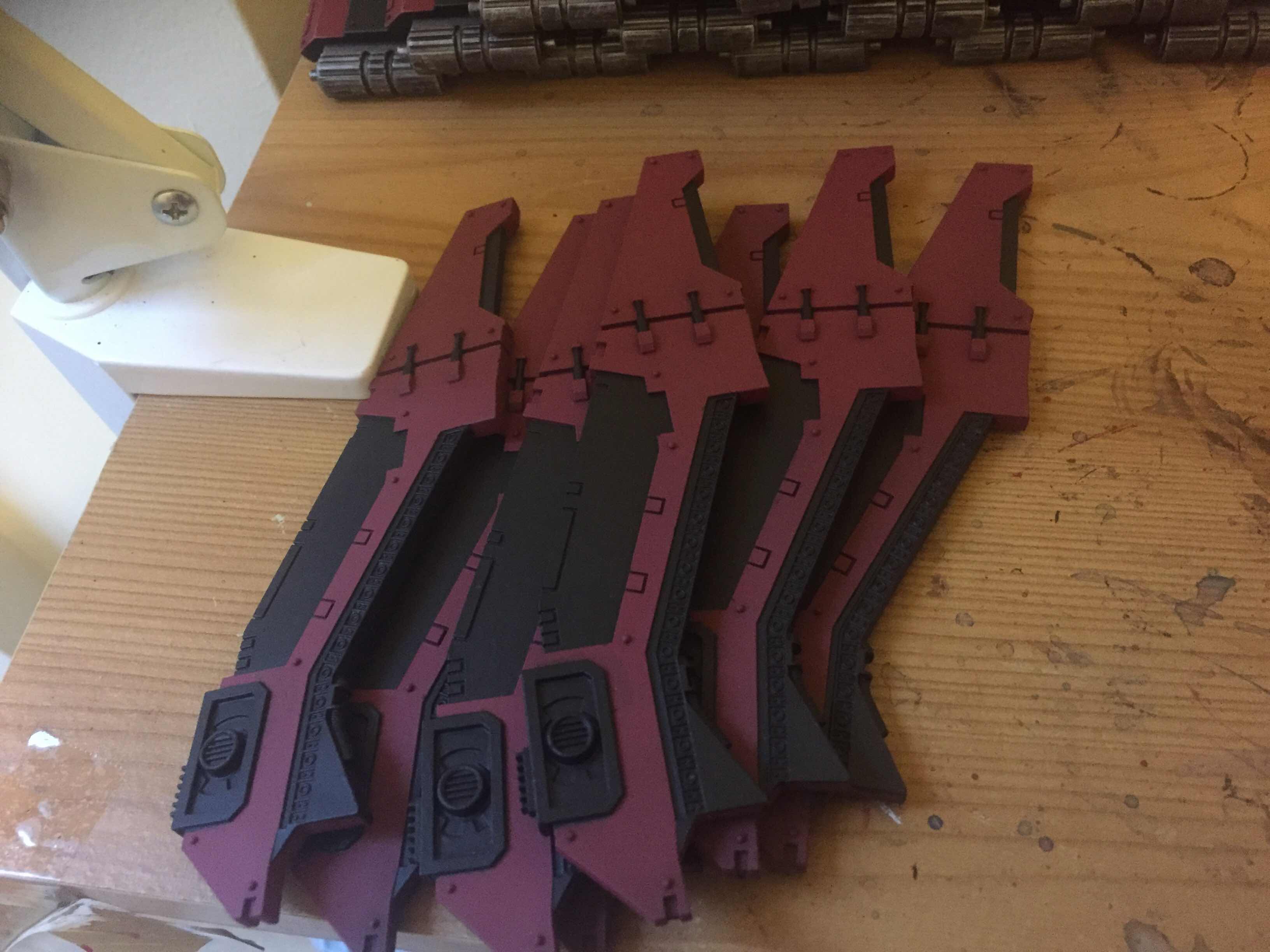 Oh well... at least I know when they are finally finished I will be able to take great pleasure watching my opponent’s face as they deliver thirty power armoured killers into the middle of his force!!
Posted by LegioCustodes at 14:51