I am still busy working through the gorgeous Primaris Marines from the Dark Imperium box that I got in June last year. Thus I have been gradually adding these new super marines to my ever-expanding force of Crimson Fists over the past few months. Having now done three squads of troops I decided to treat myself and work on a character to lead them into battle next.

Looking through the contents of the box I was immediately drawn to the huge Captain clad in advanced Gravis armour; so I snipped him off the sprue and set to work. 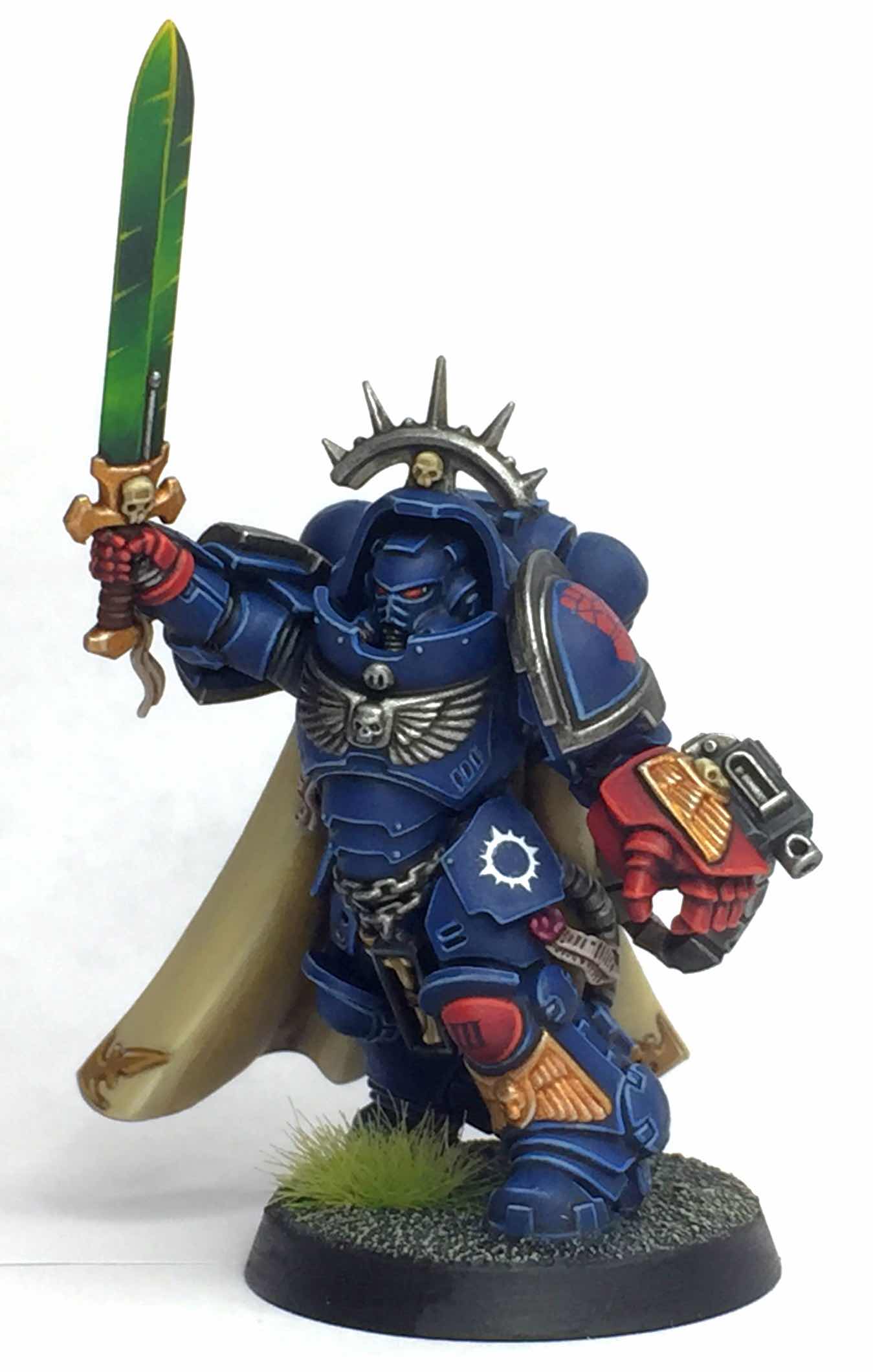 The model itself is awesome and like all these new sculpts he is a real pleasure to paint.

Game-wise he is a beast; and is exceptionally hard to kill thanks to having loads of wounds (Primaris); increased toughness (Gravis Armour) and an invulnerable save (Iron Halo). Additionally he allows all marines around him to re-roll ‘to hit’ scores of 1! 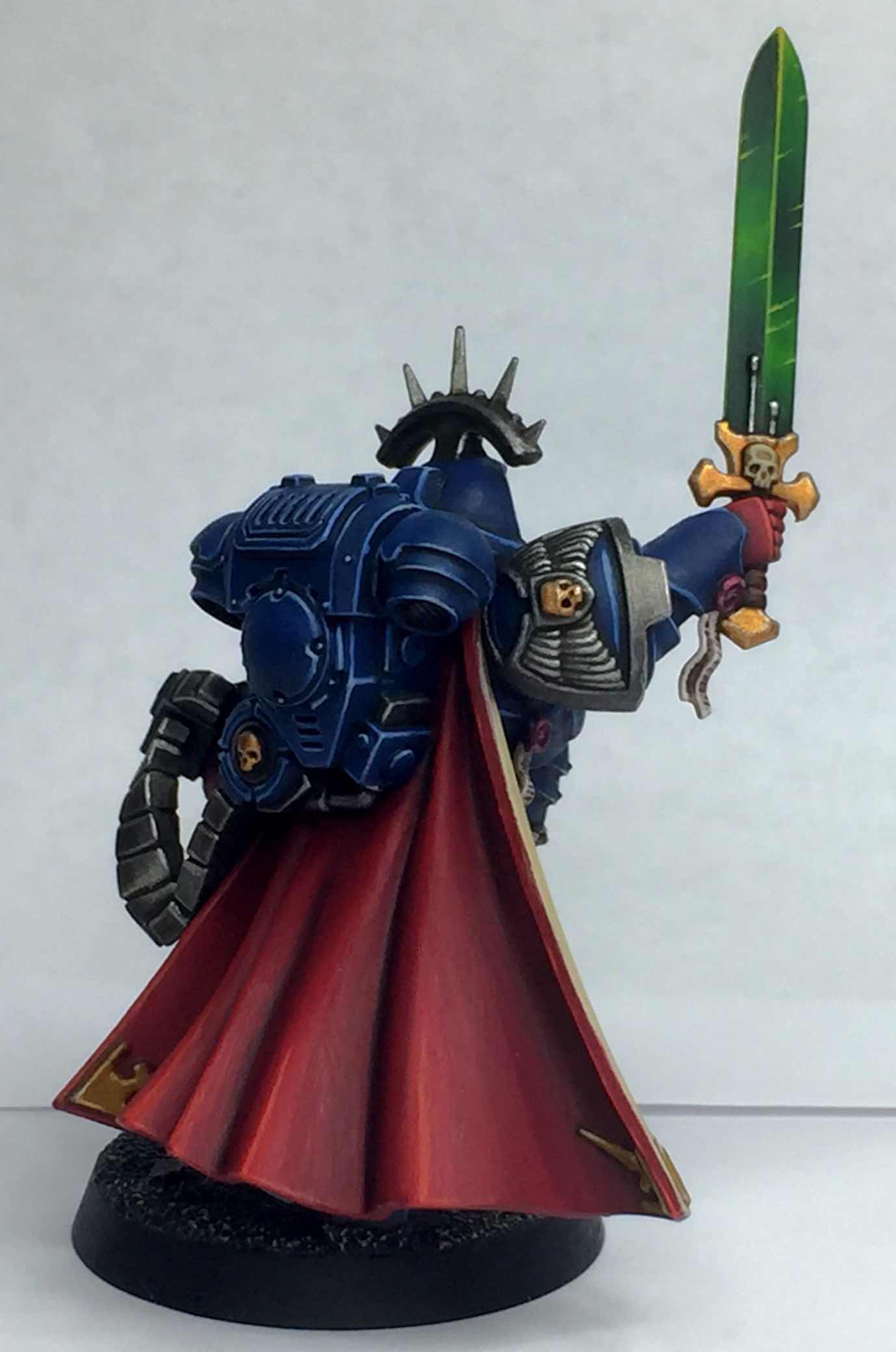 I was going to do a normal metal blade; but I really fancied something different for his power sword so I tried this green technique which I’m very happy with!

Overall this is a cool model... I suppose next I’ll have to give him a lieutenant to boss around!
Posted by LegioCustodes at 13:14