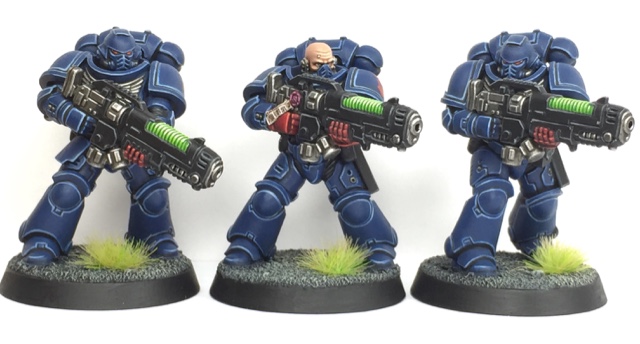 These guys are the mono-pose clip together models from the Dark Imperium box set. I'm always suspicious of these simplified miniatures as they can look a little awkward but these guys don't suffer from that at all, and I actually think their poses are spot on. 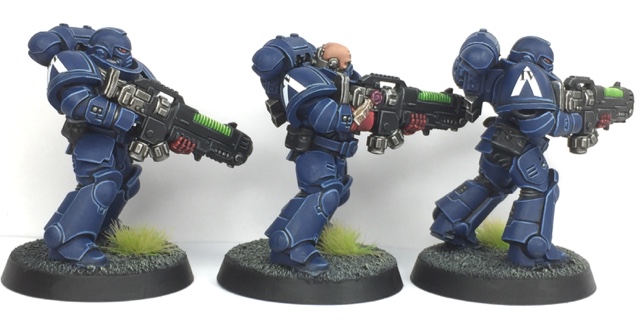 As I have recently finished off three Devastator squads I decided to stick with the Heavy Support theme and so I painted up a five man squad of Hellblasters equipped with the potent plasma incinerators. These guys should form a robust and terrifying firing-line to anchor my force with during games. 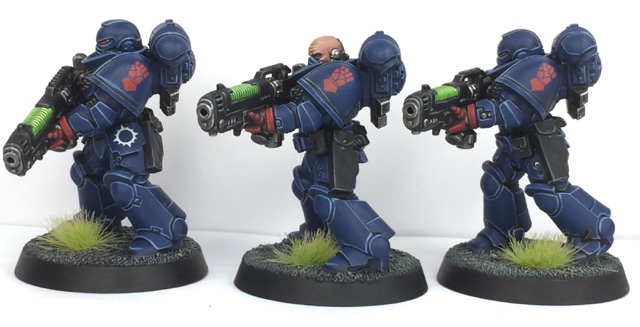 I have to say as an Oldhammer gamer I really, really love the aesthetic of the new Primaris Astartes, firstly their increased size finally means that the models match their fictional descriptions; secondly the models have a very clean, militaristic look to them. They are devoid of the skulls, scrolls and other assorted iconography that clutters a lot of contemporary Space Marine models, this returns them to the look of the original RTB-01 boxset from 1987. 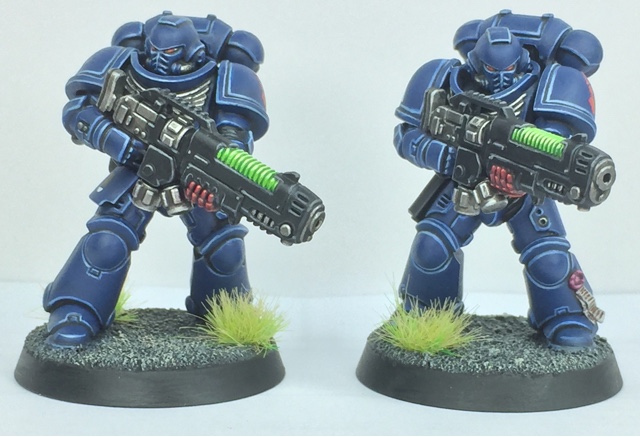 I am pleased with the bright green that I used for the plasma coils as I think it offsets the blue armour of the Crimson Fists without being too over-powering. I did consider red plasma coils at one point but on reflection I thought that this would be a little too 'Chaos-y'. 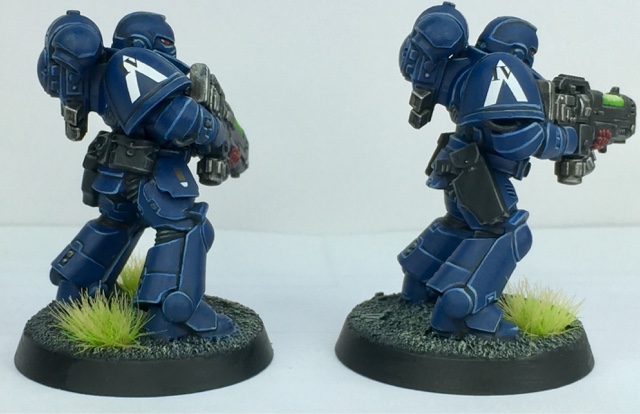 Along with my aforementioned Devastators these Primaris marines will be bolstering my newly formed ninth company, hence why they are proudly displaying numerals marking them out as the fourth squad of the Heavy Support Company. 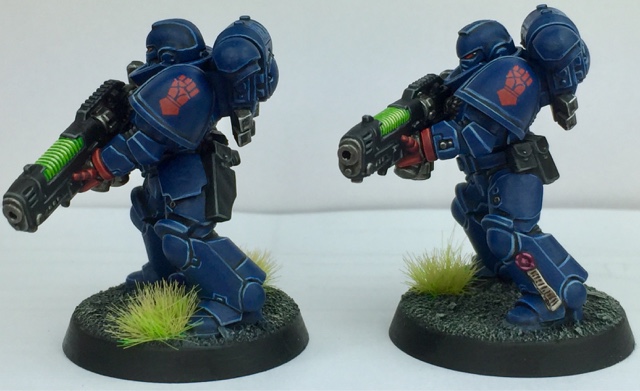 Next up I think I'm going to start work on a squad of Primaris Intercessors, again these will be the snap fit models from Dark Imperium.

Posted by LegioCustodes at 08:23