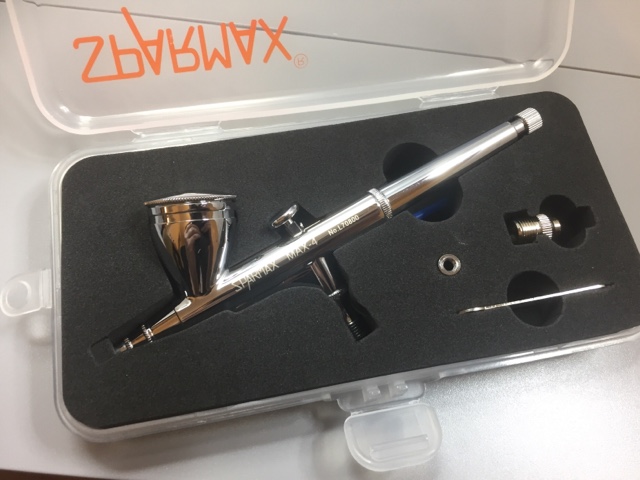 I settled on the Sparmax MAX 4 as it has a marginally wider nozzle for base coating compared to the MAX 3 and MAX 35 models! On opening the protective hard case it arrived in it was immediately clear by the build and finish that this tool is a precision instrument made to very high-standards... In fact it felt more like a complicated medical tool as opposed to something designed for spraying toy soldiers with!

I have to say the airbrush just looks bloody gorgeous!

The model itself is a gravity fed, dual-action airbrush which general consensus indicates is the best type for miniature painting. 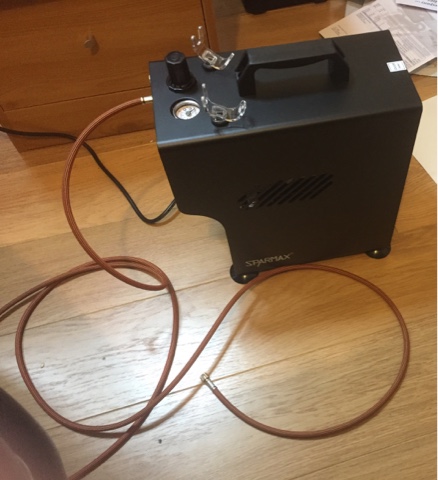 The compressor that my partner bought me is also a high-end product, and from what I have read it seems that a decent compressor is actually more important than the airbrush itself as a smooth, consistent air supply is needed to deliver a professional finish. In order to maintain continuity I went for a Sparmax 510 with integral tank, and once again this product oozes quality with its professional matte black finish and robust construction. 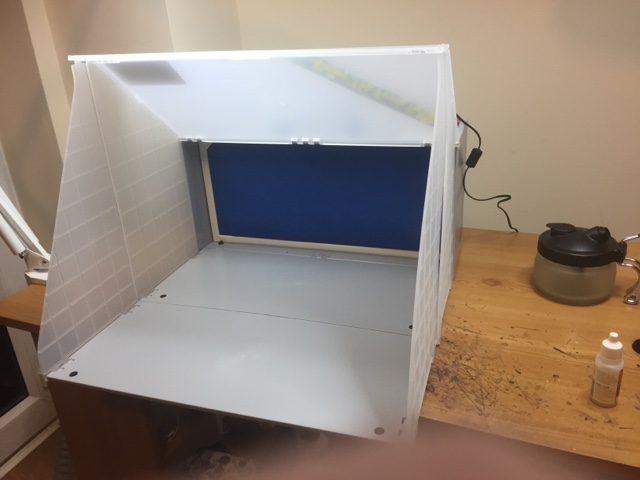 I also bought myself a basic airbrush spraying booth from eBay to give my somewhere to spray my toys without destroying my house. This comes with its own extractor fan which is vital for sucking those insidious paint particles out of the air. 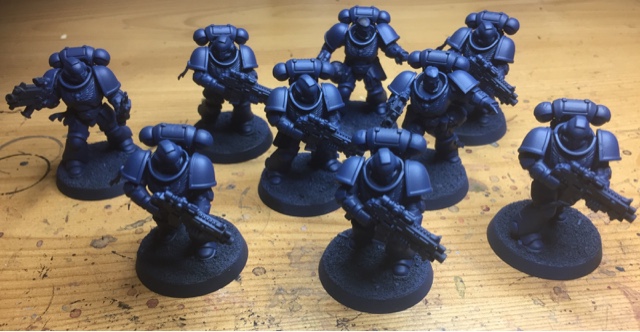 I trialled the whole set up this weekend, utilising the two intercessor squads from the Dark Imperium boxset as my test models. I used the airbrush to apply both the initial black undercoat (Citadel Air Abbadon Black) and the first basecoat (Citadel Air Kantor Blue) and I have to say I was massively impressed... This is a real game changer for me. Usually basecoating my Primaris Marines by hand requires multiple layers to get a deep rich blue and thus can take up to an hour and a half per figure... Whereas I managed to knock out the entire formation above in exactly an hour...and the finish was lovely and smooth. The longest activity was actually cleaning the airbrush itself when I had finished.

It is clear that this airbrush is a fantastic piece of kit, and although it took me a little while to get used to I can see this is going to be a vital tool in my painting repertoire!

So for Christmas I have asked Santa for a big box of Citadel and Forgeworld airbrush paints!

Posted by LegioCustodes at 11:22