As most readers of this blog will be aware I have been lucky enough to be contracted by Osprey Wargames to pen a set of medieval skirmish rules which are due for release in early 2018. Some particularly astute people have already correctly identified that this is actually the game Outremer: Faith and Blood that has just gone on pre-order on Amazon... 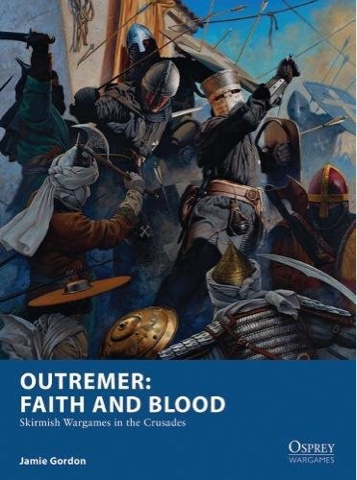 Whilst I can't reveal too much at the moment what I can confirm is that it is true skirmish level game (4-14 models per side) set during the Crusader period. If you like small scale actions where the might and prowess of individual warriors can turn the tide of battle and every one of your fighters is a character in their own right then this will be the game for you. I will of course be trickling out more information as the release date looms closer.

Anyway, right now I am painting up models for my own games of Outremer: Faith and Blood which I am playing frequently with my gaming group as I gradually refine the rules. I am currently building up a new warband of fighters from the Military Orders of the Knights Templar and the Knights Hospitaller. 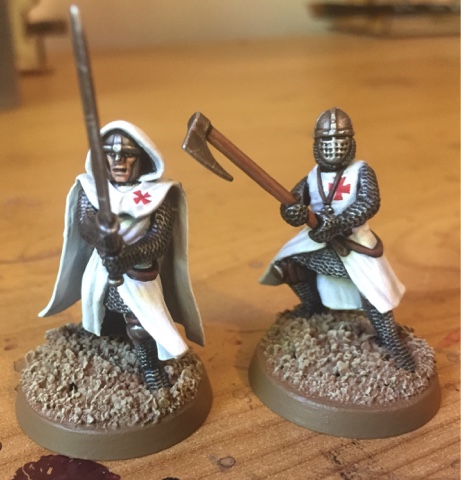 These two fighters are Templar Knights clad in their trademark white mantles; both fighters are from the Fireforge Templar Infantry box set which is a very versatile set with multiple construction and equipment options for each model. 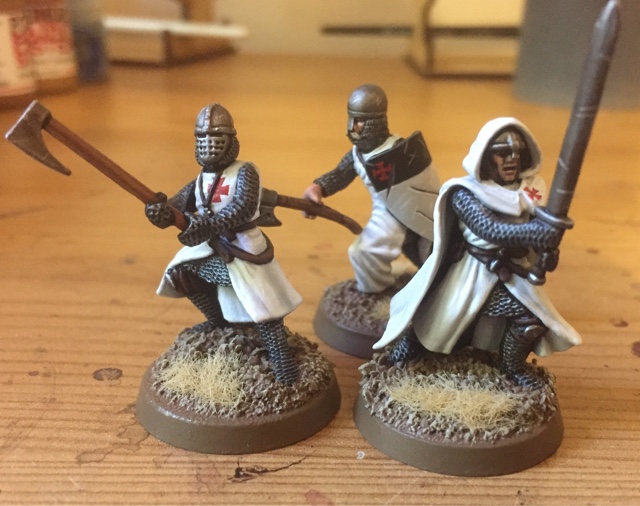 Here they are joined by another brother knight that I painted previously; this time the model is made by Essex Miniatures. 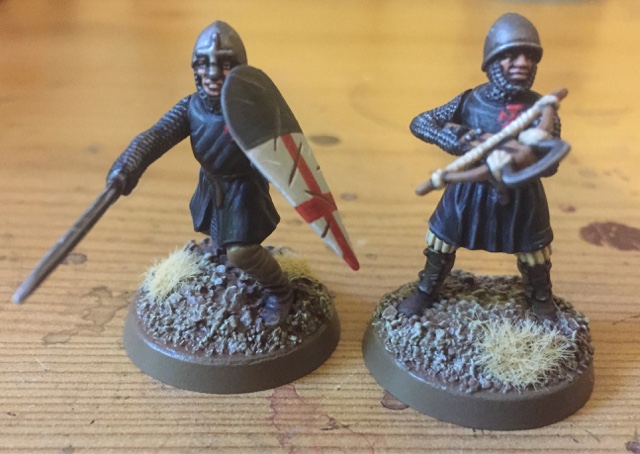 Whilst the Brother-Knights in their distinctive white mantles are the common image most people associate with the Templars there were also a great number of Sergeant-Brothers in the order. These doughty men (who were not sired by knightly families) frequently fought bravely and died alongside their more noble brethren. These commoners were differentiated from the noble Knights by their black tabards, though they were still entitled to wear the ubiquitous splayed Red Cross of the Order upon their left breast. 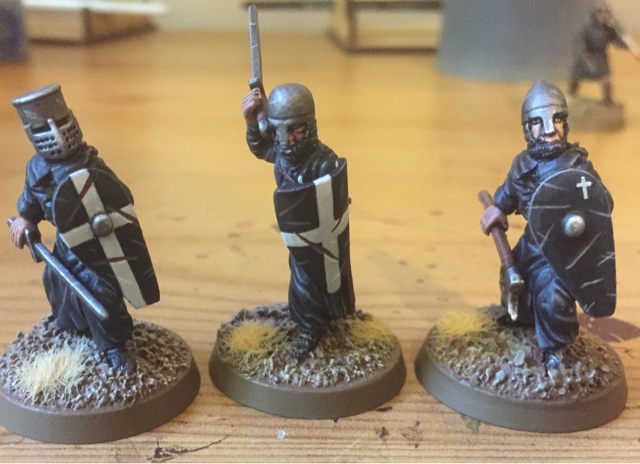 Next up we have three Knight Brothers of the Hospital of St. John in Jerusalem (aka Knight Hospitallers). These warriors were rivals to the Knights Templar and were marked out by the black monastic robes thar they wore over their armour which was much harder to move and fight in compared to the lighter tabards of the Templars. These models are all from Essex Miniatures though the chap on the left has had a head swap in order to add a bit of variation to the warband.

You'll notice that my Hospitallers look a lot like the warriors that are featured on the front cover of the book... 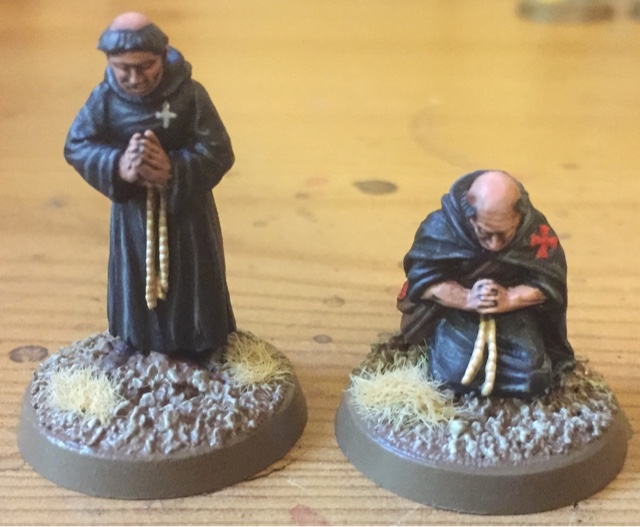 As the Military Orders were religious institutions in their own right they had their own priests who administered to the spiritual needs of the brothers. These guys are two really characterful sculpts from Perry Miniatures and they were great fun to paint. 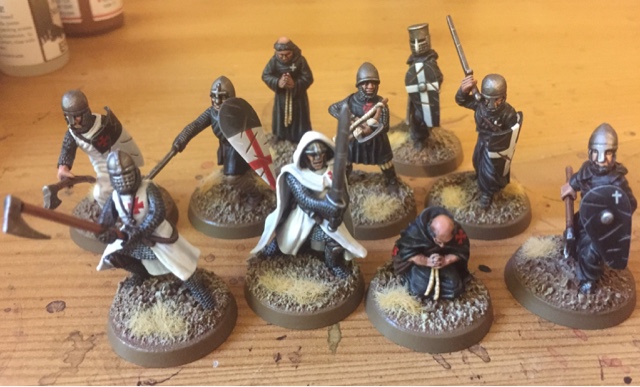 Here is a group shot of all my Military Order warriors painted so far; I'm really pleased with this growing warband and I have to say they do make refreshing change from my usual sci-fi projects. I will be painting a load more models for this period in the next few months as they will be appearing in the final book.

Next up I'll be doing some Saracen Fighters I think!

Posted by LegioCustodes at 13:03