2017 is shaping up to be a fairly productive year on the miniature production front for me; mind you I find most years start like this ... then gradually my turn out starts to ebb as time grinds on!

This year however I am determined not to let this happen and so my goal is to keep the momentum up. 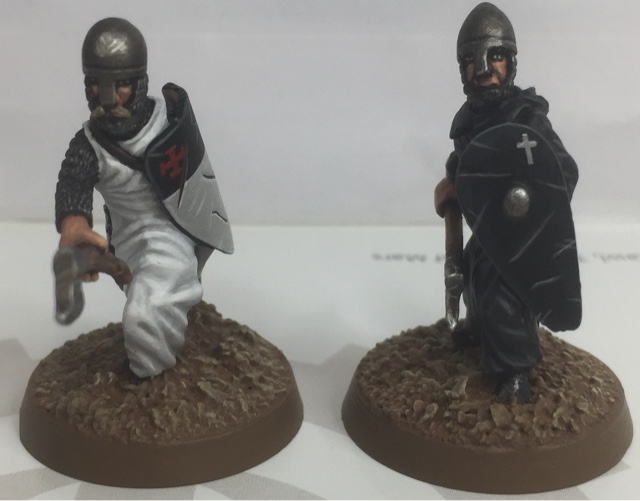 Since I was a teenager I have literally been obsessed by the Military Orders of monastic knights that arose in the Holy Land during the Crusades! These heroic figures fascinate me and have done so for two decades! The idea of warrior monks is just so cool I'm sure you'll agree. 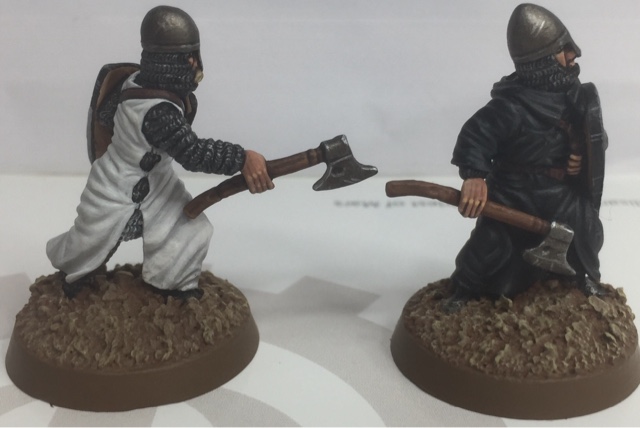 What initially drew my attention to these obscure institutions was probably the fact that two key factions from my beloved Warhammer 40,000 universe are clearly based on them. The Dark Angels Space Marines with their monastic ways (and robes) and penchant for secrets are clearly heavily inspired by the Knights Templar whilst the Black Templars Space Marines with their martial pride and Germanic names are obviously influenced by the Teutonic Knights. 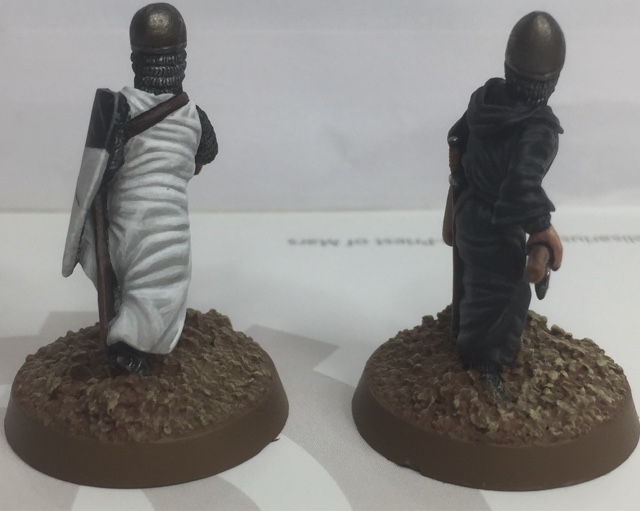 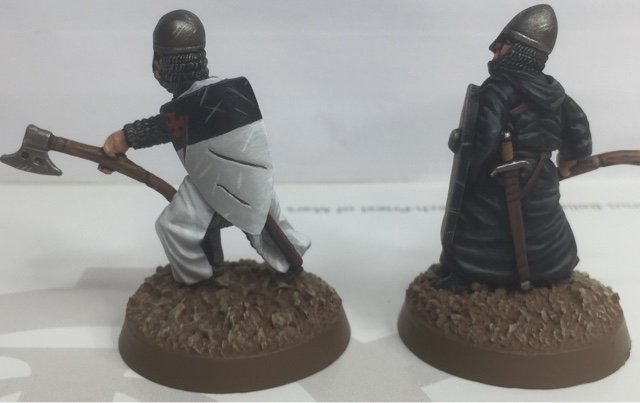 For the majority of their time in the Holy Land the Knights of the Hospital did indeed wear black (this later turned to red), but they actually wore full monastic style robes over their maille armour. The Templars however wore white mantles (of a similar cut to secular Knights attire) instead, which was far more practical. The Templars wore a red saltire (splayed cross) on their left breast whilst the Hospitallers wore a white cross instead. 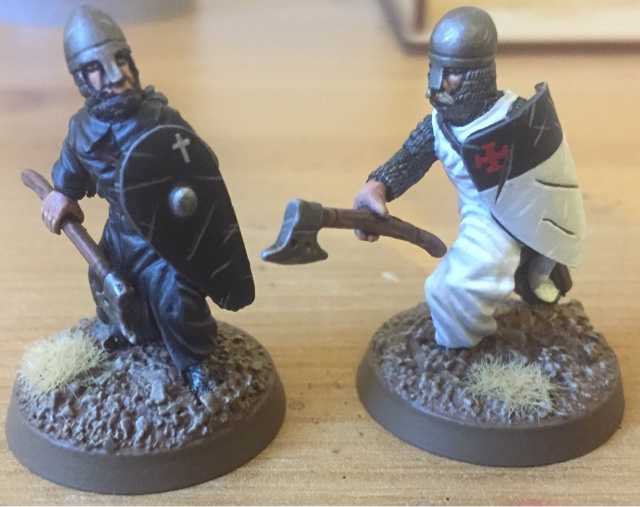 These brother Knights were a joy to paint and I really relished the opportunity to tackle that massive hobby challenge of painting large areas of white cloth. I was a bit apprehensive about this as painting white can always be a bit if a challenge (especially over a black undercoat), but I found using multiple thin layers of Foundry's excellent paints worked perfectly and delivered the desired results.

Overall I am very happy with the way these guys turned out, and although they started out as one offs they might end up bring the start of a larger army of Military Order Knights...we shall see!

Posted by LegioCustodes at 16:34