Well now I'm settled into my new home the time has come to set up some new games boards for battling in the far future.

Usually I play the majority of my games on a 6x4 table or smaller so it was this size of gaming board that I needed. Now as most of you gamers know most modern kitchen tables are annoyingly not the correct size for war games. It seems that for some crazy reason furniture manufacturers insist on designing tables for families to eat meals on rather than for grown men to push vast armies of toy soldiers around...madness.

Hence the need for the creation of sufficient game boards to extend this meagre table into something approaching a decent surface area for gaming on. 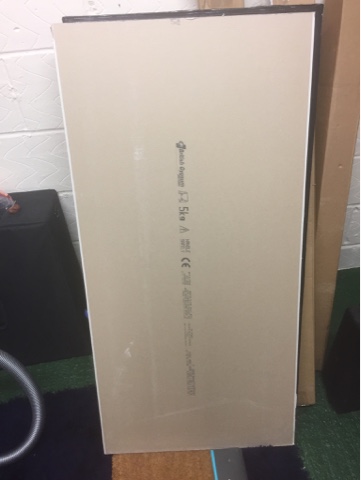 I considered purchasing a Realm of Battle board from Citadel or even a custom board from Forge World but then I realised that I probably couldn't justify two mortgages in one year... So I decided to go for the cheapest option I could instead... In this case three pieces of 4x2 plasterboard, which when laid together make a perfect 6x4 gaming area.

Now I know many people may suggest that plasterboard lacks the durability for such a task, and that its brittle nature means it is prone to damage however this problem is easily overcome by utilising a resource that has kept the British Army functioning for the last century... 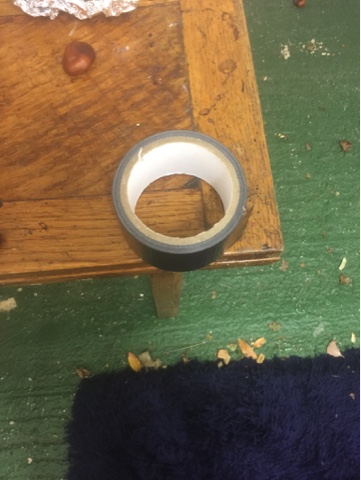 That's correct... black adhesive duct tape (or as soldiers refer to it Black Nasty) is perfect for the job! This stuff has held most of my kit together both on exercise and in Afghanistan for the last fifteen years and I can't praise it enough! I would literally be lost without it.

So I liberally applied it to the outer edges of the plaster board thereby creating a cushioned buffer for those fragile edges.... 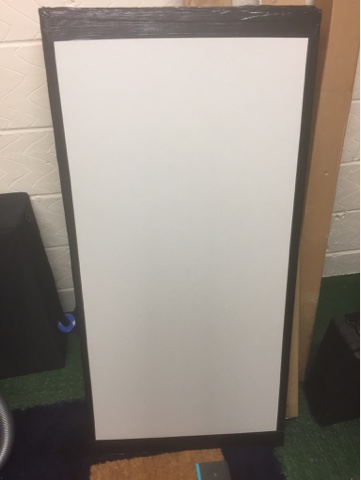 ...and voila, here we have it...a completed games board!

It may not look like much, but with a bespoke gaming mat or piece of green felt added it will be perfectly serviceable! Now I just need to sort out a game to play on it!
Posted by LegioCustodes at 15:03