Despite the sabbatical from the hobby mentioned in my last post I have still been using the odd spare moment here and there to progress my genestealer cult for the up-and-coming campaign that I am planning for my dedicated girlfriend and I.

Currently I am smashing out hordes of fresh brood brothers who are destined to act as cannon fodder on the battlefield in order to allow the more precious hybrids and purestrains to close with the enemy during games.

As per my earlier post I am continuing to use the original 1995 Orlock models to act as my brood brothers within the ranks of the growing cult, I am utilising a specific palette in order to tie these base humans to the hybrids that I have already painted.

The joy of these wonderful models is that they are sufficiently generic to allow them to fit a variety of roles in games, they can proxy as brood brothers, chaos cultists, low-tech guardsman or even some gangers in a game of Necromunda 😉. In fact the for those of you who are lucky enough to be attending BOYL 15 at Foundry later in the year you will be able to see them in action as a bloodthirsty group of raiders in my 'Fallout vs Rogue Trader' game. 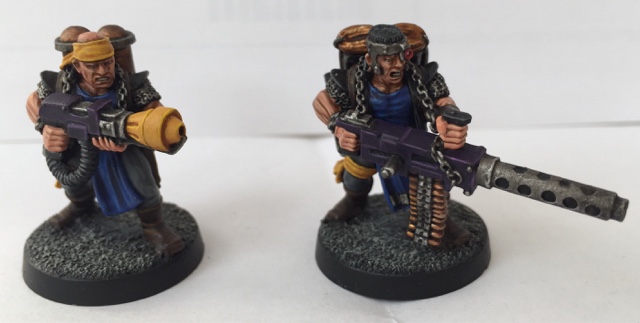 Having already churned out a load of basic foot troops earlier in the year I decided that the force would probably benefit from the addition of a bit more potent firepower in the form of two heavies wielding a flamer and heavy stubber respectively.

I am a firm believer that the children of the world are our future, so I've given a few of them some guns and recruited them into my gang as juves...who says kids today are couch potatoes! These blood thirsty little bastards will be able to support the purestrains during the assault phase! 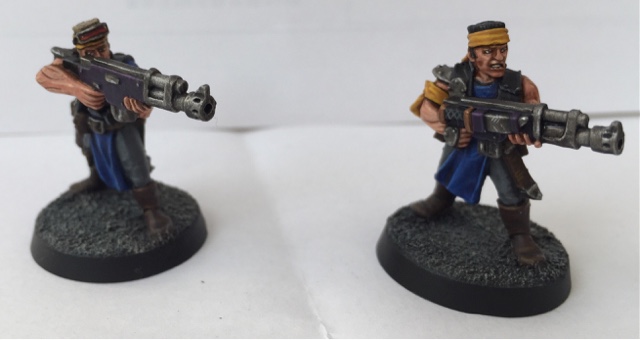 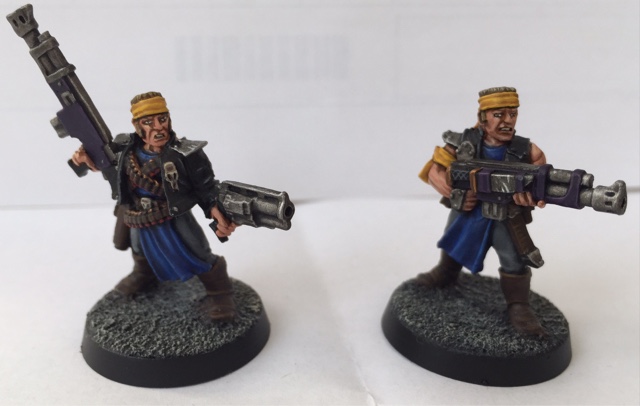 The ubiquitous autogun is one of my favourite weapons from the 40k universe (it's basically a pimped up M-16) and so I have produced another four brood brothers/gangers carrying this stalwart weapon system. I now have six models armed with autoguns, so I will need to look at augmenting these with a few lasgunners in the very near future! 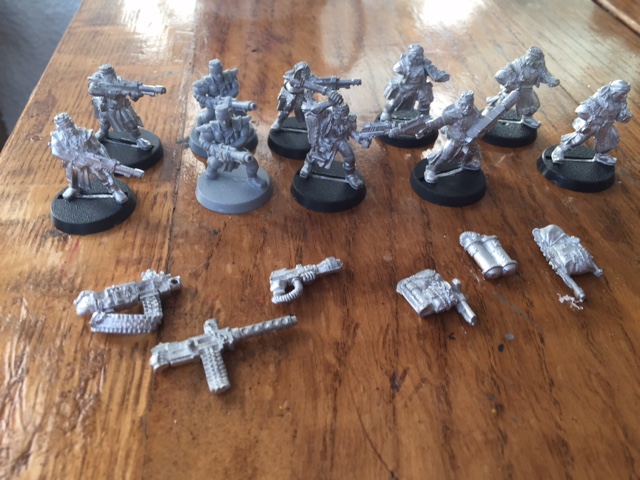 Well, that brings me to 20 gangers now ready for the battlefield, so what next??

....more gangers obviously, I want a sufficient horde of this low-grade scum to flood the battlefield and so I have prepped another ten models ready for the paint station.

I am really, really enjoying painting these beautiful old models, the sculpts are so rich and characterful and there is something much more satisfying about the feeling of a metal miniature in your hands. The huge areas of flesh and robes are far removed from my usual comfort zone of space marine power armour, but I think it is this break from my routine that may be making it such a pleasure!

Once this next set of brood brothers are done I might look at giving the cult a little heavier support....

Posted by LegioCustodes at 12:21