This weekend I was lucky enough to attend Broadside, a Wargames Show based in Sittingbourne, Kent. As ever I was accompanied by my beautiful and very dedicated girlfriend! She has moved her support and interest in gaming up a notch and has decided to build, paint and game with her own army and having settled upon a Space Wolves force we were able to use this event to source some Fenris based bargains in order to start her off.

The venue itself was a leisure club in Sittingbourne and it was just the right size to cater for the event which consisted of a proportionate mix of stalls, participation games and interest areas. From the moment we arrived the organisers and participants were universally welcoming, friendly and generally great guys and I was quickly reminded what a great hobby this is and what nice people take part in it. 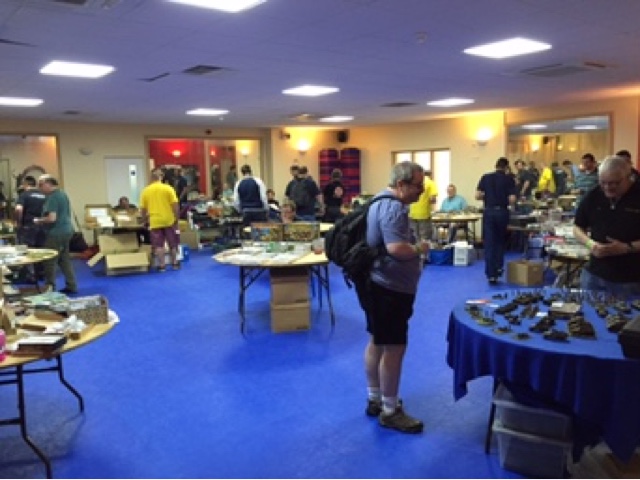 The first area we encountered was the 'Bring and Buy/ Flea Market, where attendees could flog and trade their collections in a neutral enviroment. Some people were quite realistic or indeed generous in their prices whilst a couple of individuals seemed to have been smoking crack in relation to their prices...particularly around artefacts that were to be considered oldhammer in nature! I just laughed and wandered off...then returned to laugh two hours later when they had failed to sell anything! 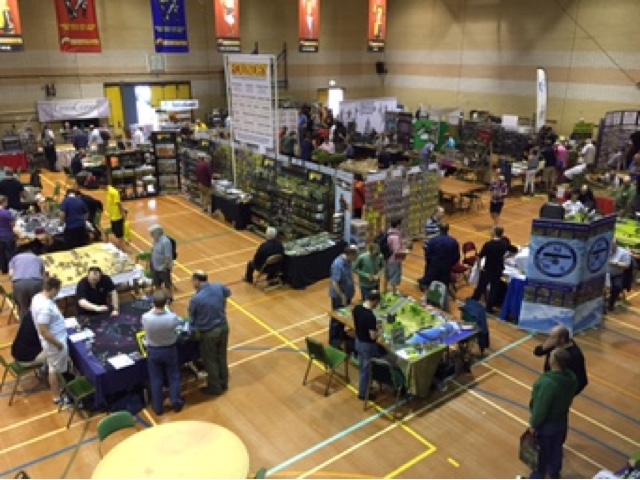 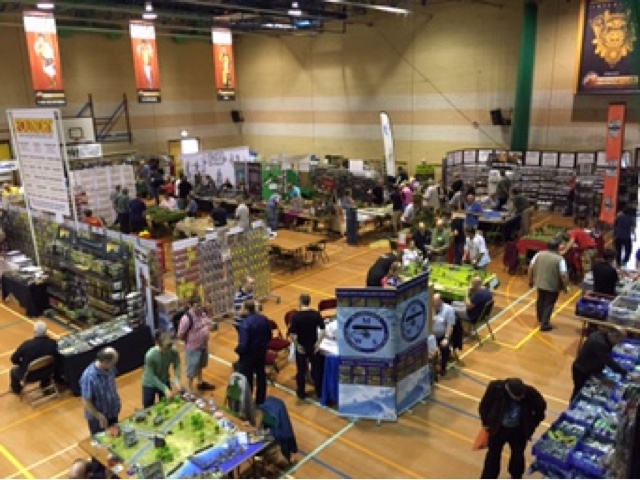 Then we moved on to the main event which was located in the primary sports hall and was literally bursting with hobby goodness! All the usual stores were peddling their wares, including Warlord and Foundry along with many smaller suppliers. Everything you could want was on sale from paints, miniatures (old and new), rules, scenery and pretty much anything else that you can think of. Needless to say my wallet was raped hard as I just couldn't control myself, especially in acquiring scenery for the Fallout game that I am running at BOYL. I won't mention how much money changed hands, suffice to say it was more than I planned.

Warlord were selling their new Terminator Genisys battle game (based on the up and coming movie) and it looked awesome. Sadly at this point I had run out of funds and couldn't purchase it...but I really wanted it! Needless to say it was a very pleasant surprise when my wonderful girlfriend told me she had bought me a copy!   True love!

Another product of interest was a set of vinyl/linoleum battle mats made by Tiny Wars! They look great, are easy to store and are very versatile! Top stuff, and they come in a variety of different formats from deep space, oceans and deserts through to ruined cities and artic tundra. The 6' x 4' version may seem a little pricey at £65 but when you compare it to GWs realm of battle board it is much more cost effective.

The emerging prevalence of laser cut card/wood terrain continued and almost every stall was selling some form of this scenery... Obviously I left with a good selection clenched in my eager hands!

There were also a number of games clubs present and I even found one based in my home town that I had never heard about....so email addresses were swapped and hopefully I'll be able to add some new opponents to my wargaming circle! 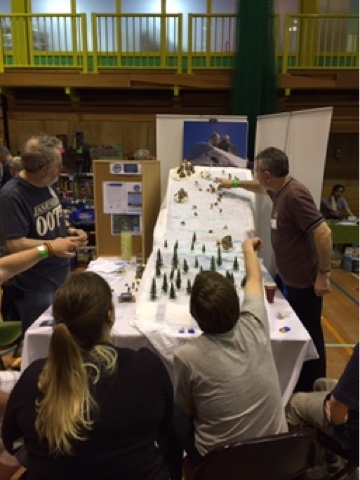 There were a load of interesting games taking place around the venue, and this James Bond skiing one piqued my interest as it had 007 hurdling down the Alps pursued by the KGB's finest! Very cinematic! 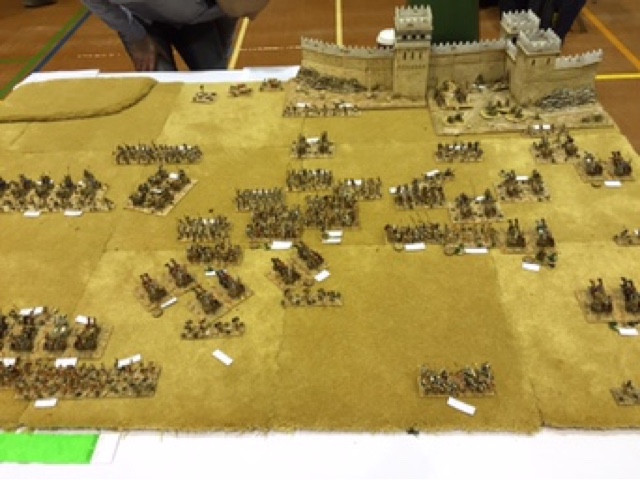 This impressive Ancients table also drew much attention on the day as did the colonial game below... 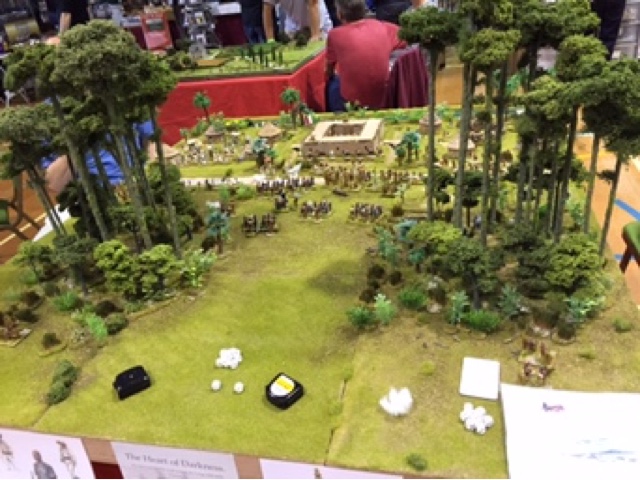 Overall this was a fantastic day out and both my partner and I had a top time and got the chance to meet some really lovely people! I would thoroughly encourage those who can to attend next year (I've already started saving for it) as it's a good laugh, also if the hobby is to survive then it's key that these local events continue to be supported by us, the gaming community. After all the internet is all well and good but nothing really beats meeting like-minded people in person and getting a feel for your toys before you part with your hard earned cash!

Posted by LegioCustodes at 16:45