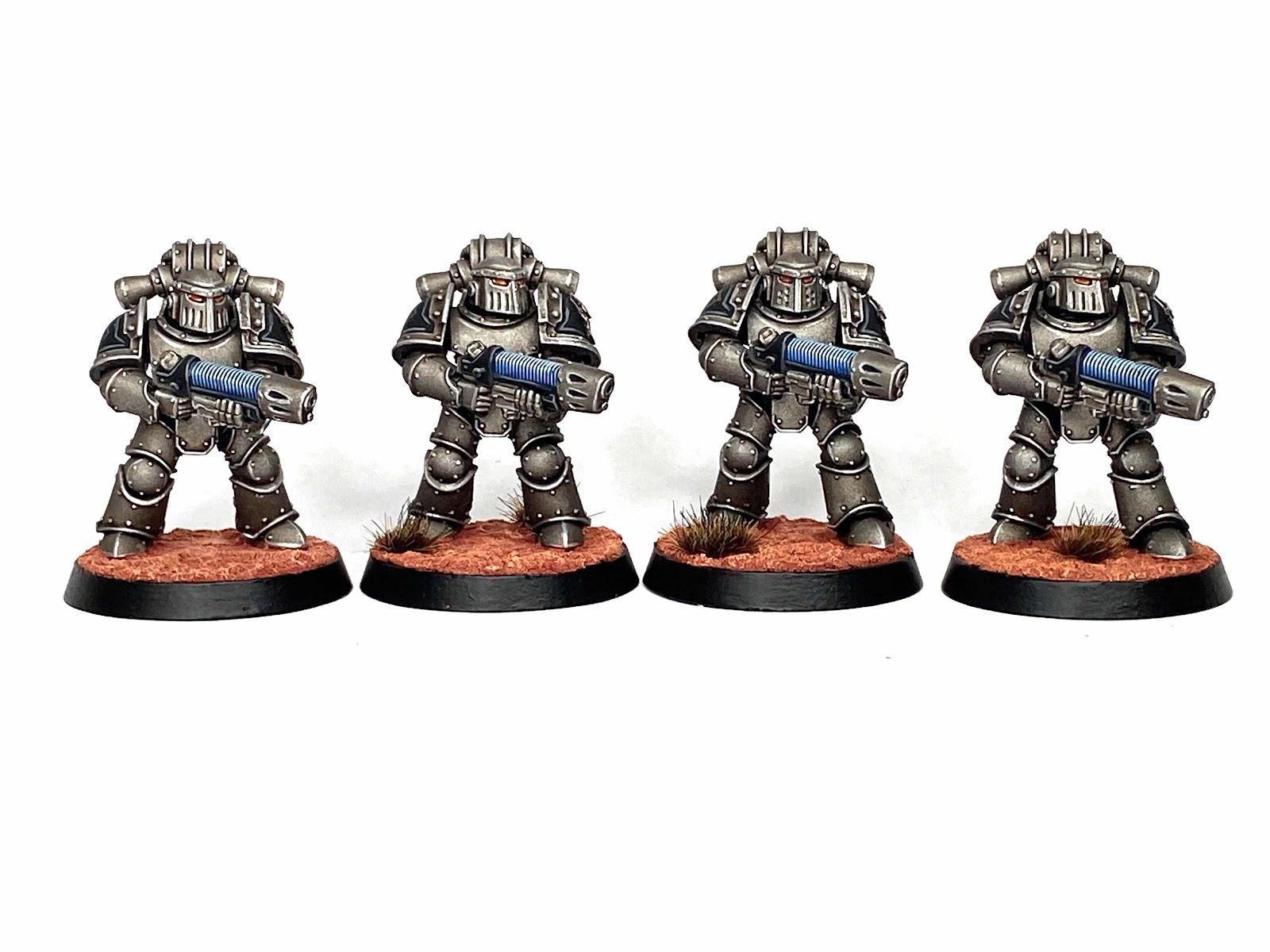 That’s another four potent plasma guns that will be utilised for both immolating enemy heavy infantry and reducing enemy armoured columns to bubbling slag. 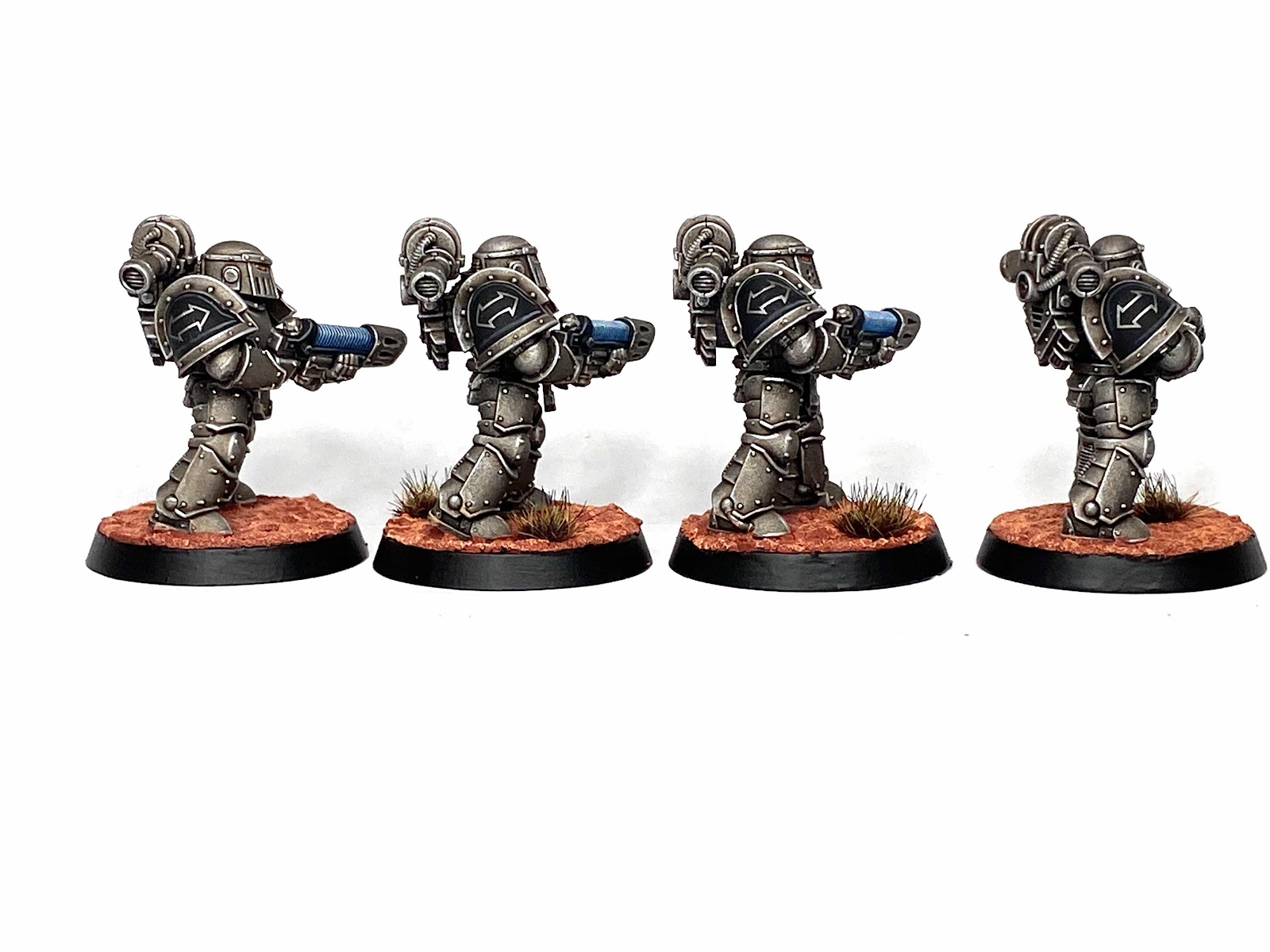 I have really enjoyed painting up these fellas over the past few weeks and I think that the recipe I use for their metallic power armour suits these heavy suits of Mark III battle-plate; especially when offset by the orange/red of their bases. 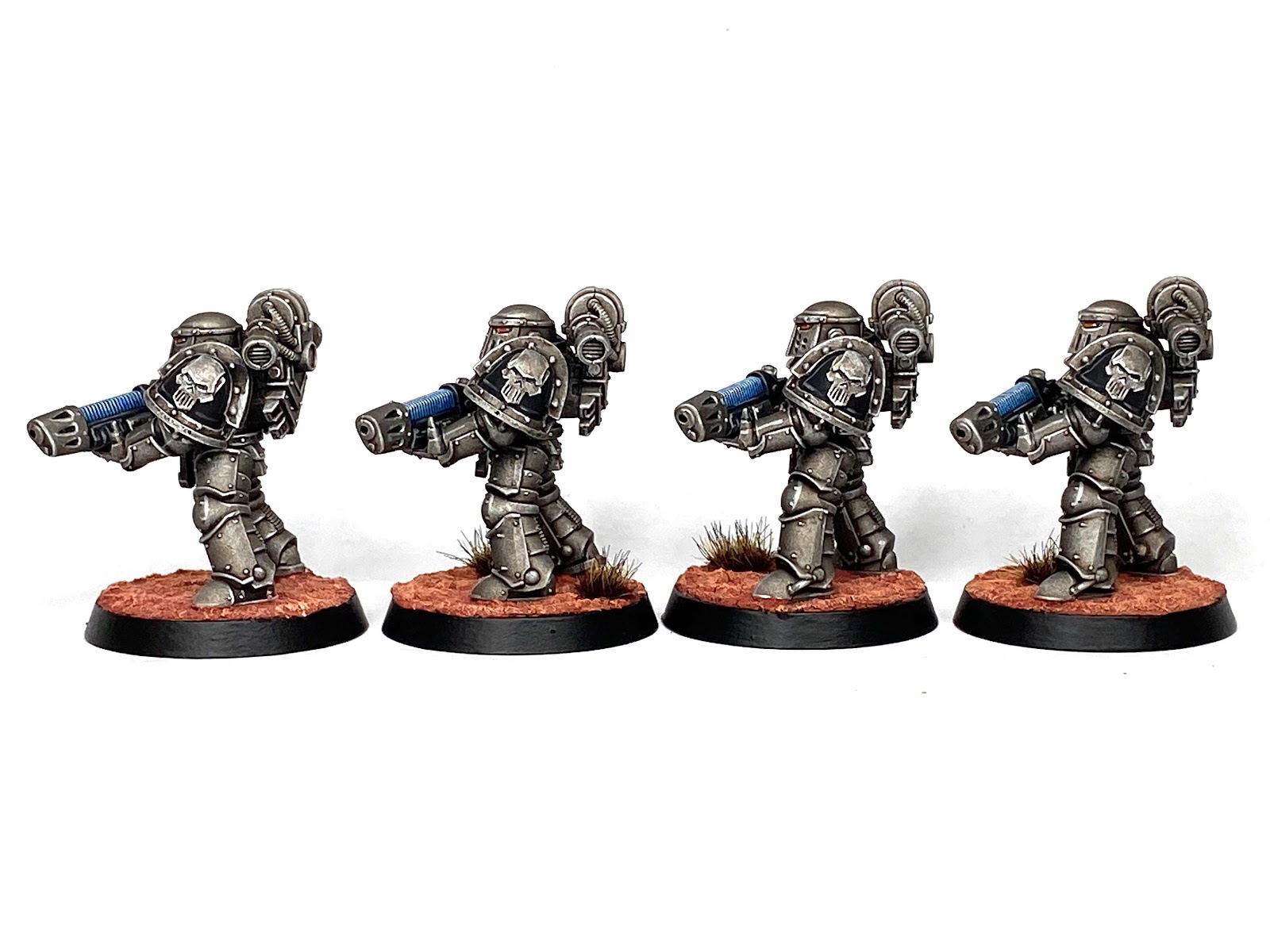 Next up I think I’ll be doing some more work on my Primaris Flesh Tearers for my regular 40K army... in fact I’ll probably focus on completing some more stealth troops in Phobos Armour.
Posted by LegioCustodes at 14:01