Well with the Incursor squad recently completed for my Flesh Tearers force I thought I would continue the theme and do some more sneaky Primaris marines in the form of an Infiltrator squad! 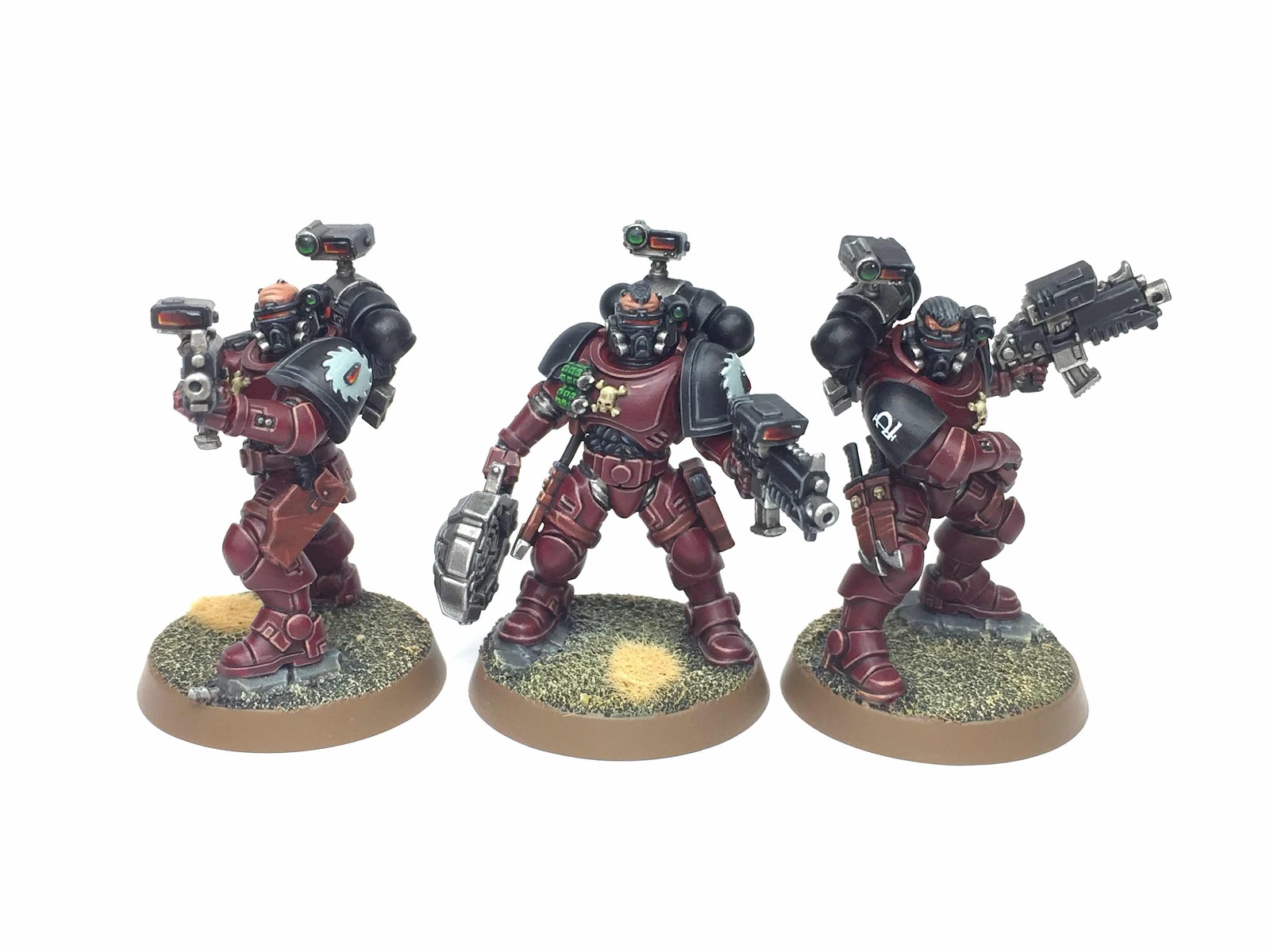 These models are actually a variant build from the same box set as the Incursors and as such they are also clad in the same Phobos pattern MK X Armour that has been designed for covert operations and stealth work. 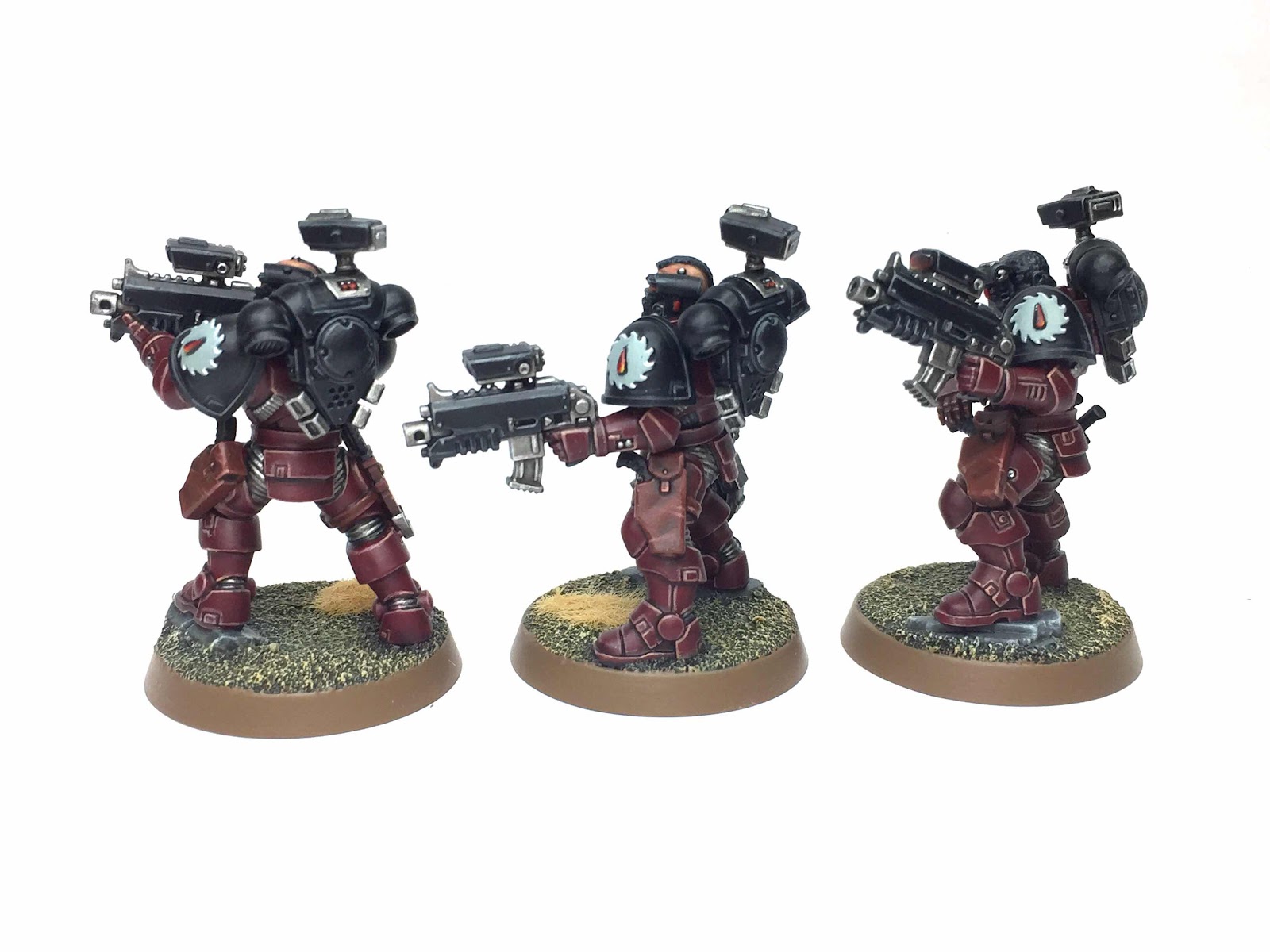 Like all the Primaris range these guys are beautiful sculpts and a real joy to paint. I really like the clean lines and realistic look of the models. 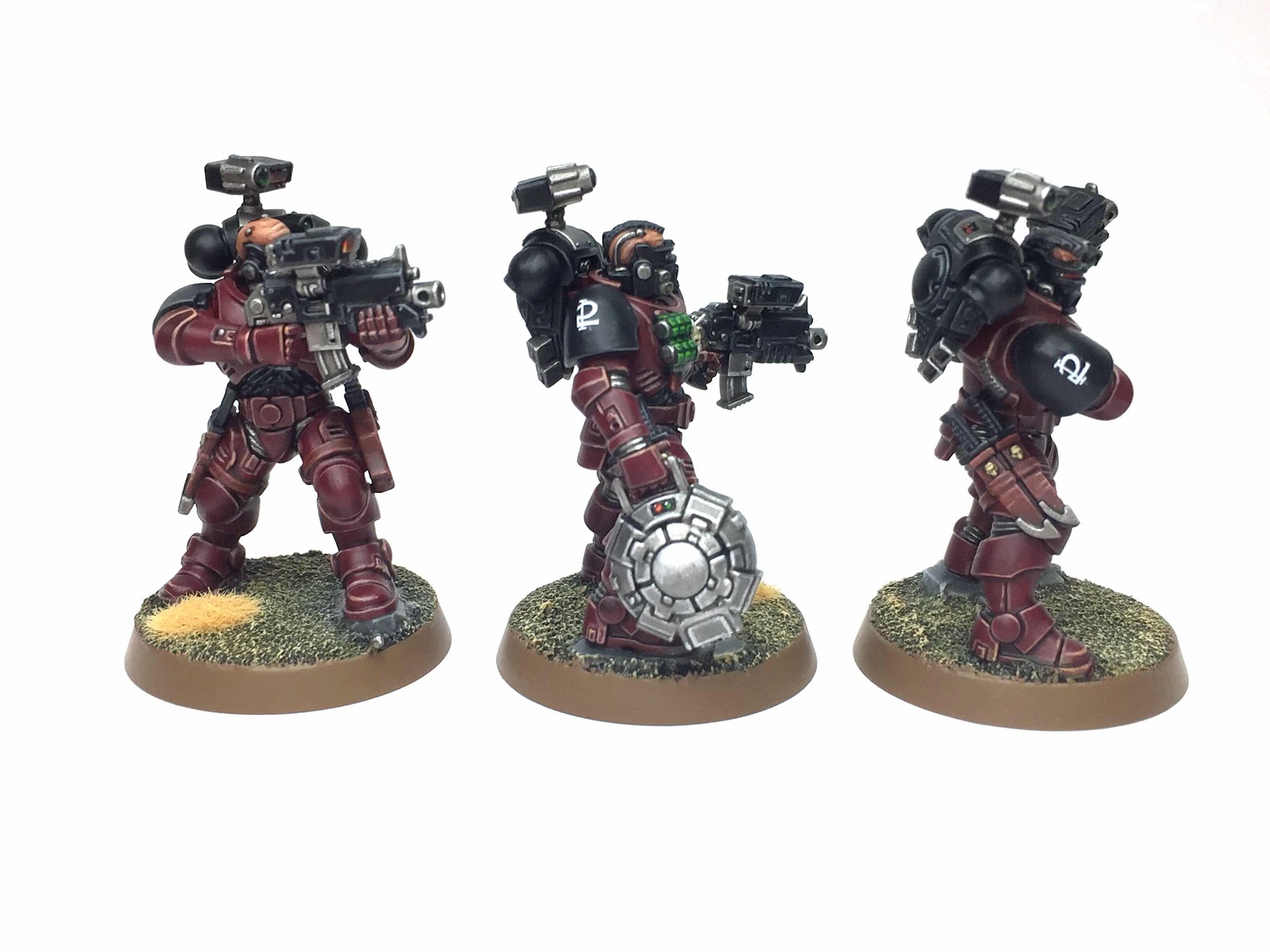 Having completed three of the five man squad my next task will be to finish off the remaining two models including the sergeant.
I’ll probably give them a head swap to make them look a little more like the descendants of Sanguinius that they are!!
Stay tuned for updates.....

Posted by LegioCustodes at 15:03