I enjoyed making my Flesh Tearers Smash Captain so much last week that I decided to make another one!! That’s right... I have made a second smash captain!! 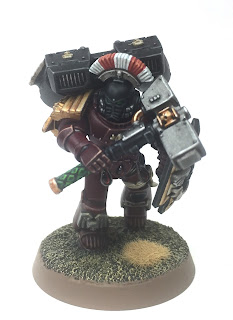 Once again I decided to arm him with a mighty Thunder Hammer and Storm Shield in order to deliver excessive damage on all his targets and then be able to weather the inevitable retaliatory strikes. 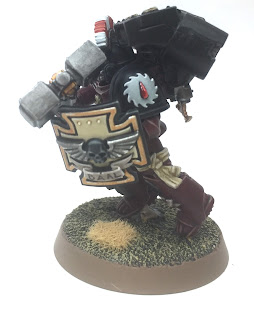 In a bid to keep this might warrior consistent with the rest of my force I have utilised a variety of components from multiple Space Marine kits in order to represent archaic Adeptus Astartes Battle Plate. 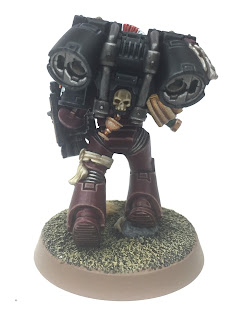 I gave him a set of MKVI legs from the Vanguard Veteran kit, an ornate MKIV chest plate from a Blood Angels kit and a MKIV Sergeant’s helmet from the Maximus Armour Tactical Squad. He was finished off with a Death Company jump pack to get him into melee as rapidly as possible. 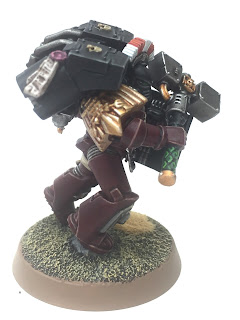 Once again I massively enjoyed assembling and painting this chap! I’m really looking forward to partnering him up with my Captain from last week and despatching them as a whirlwind of destruction across the battlefield!! Enemies of the Emperor beware!

Posted by LegioCustodes at 15:02