As most readers of this blog will be aware whilst I frequently play games of all sizes I have to admit that it is in small scale Skirmish gaming that my true passion lays!

Therefore when GW announced the return of Kill Team last year I was very excited by this prospect as warband sized battles of 40k have been my thing since the good old days of Rogue Trader. 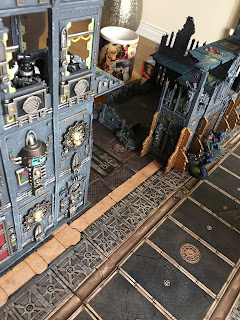 In a bid to make the most of this opportunity for some small scale skirmishes in my favourite setting I decided to get all my urban scenery out and give it a revamp.

So whereas previously it was just sprayed a basic grey and drybrushed I now took the time to paint, wash and highlight every individual detail across all of the models! 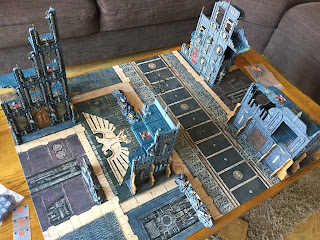 This tools some time to do and was labour intensive but was well with it. With all of my scenery re-painted and ready to go it was time to get some toy soldiers on the table and do Battle in the name of the Imperium. 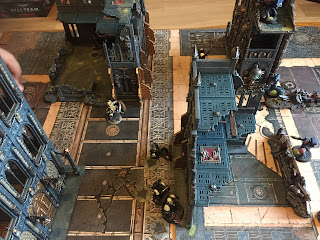 I managed to convince one of my usual opponents to take some time out and come over to my place for a battle. 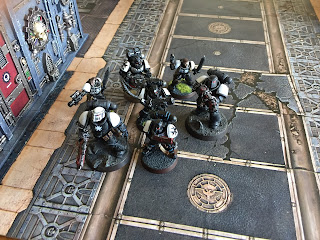 Upon my request he assembled and deployed a Kill Team of Elite Black Templar’s Space Marines from his vast collection of post-human super warriors... 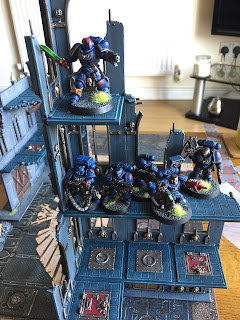 ... whilst in opposition I recruited and deployed a force of Crimson Fists Space Marines. 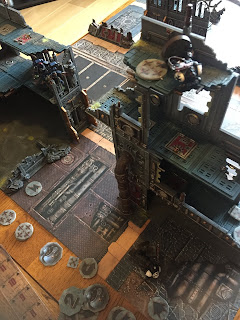 We both constructed our Kill Teams from a good mix of Normal Marines, Primaris Marines And Scouts which gave us a nice bit of variety. 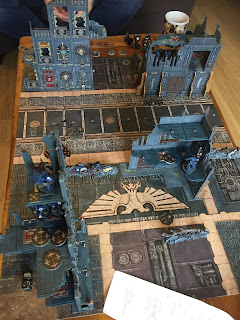 We played through a series of battles over the course of the day and tried our hands at the majority of missions from the main rulebook. 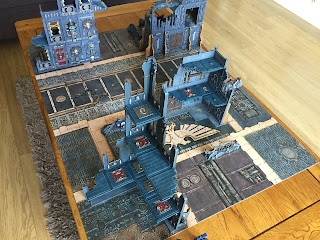 The games from the book  are all remarkably fun and also very quick to play which suits me. Once you get the hang of the rules it is possible to play through the basic missions in under an hour. 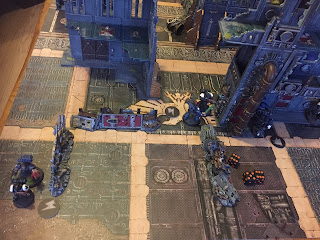 Given the intuitive way I which the rules and model activation are designed there is always something to do and players remain engaged throughout which is nice. This is much more fun than spending reams of time waiting for your opponent to finish their turn while you stare out of the window! 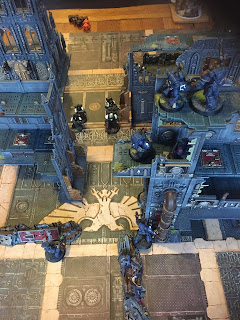 Good tactics pay dividends in this game and players are rewarded for planning every element of their positioning, movement and target selection. Though as with all games it also pays to have a bit of luck on your side! 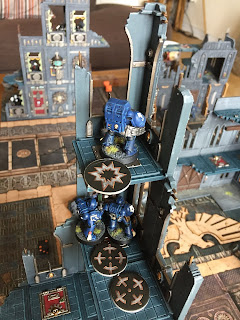 I’m pleased to say this incarnation of Kill Team is the best yet and has just the right combination of speed, depth and simplicity to make it a really enjoyable game. 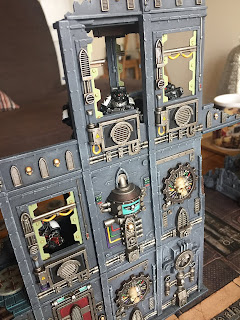 Overall we had a great afternoon of gaming and both really enjoyed ourselves.

There is something exceptionally satisfying about playing a great game over some good looking terrain! We have already booked another afternoon of Kill Team in the near future!
Posted by LegioCustodes at 13:17