So to keep with last week’s Oldhammer theme I decided to crack on with another miniature that had been sitting on my work bench since this time last year!

Those of you who follow this blog regularly may remember that last year I was working on a project to paint one each of the 1996 Assassin models (Vindicare, Callidus, Eversor & Culexus) alongside their new plastic equivalents. Well I only managed to get the two Callidus and two Vindicare models done before my hobby interest wandered off! However the rest of the models are sitting primed and ready to go. 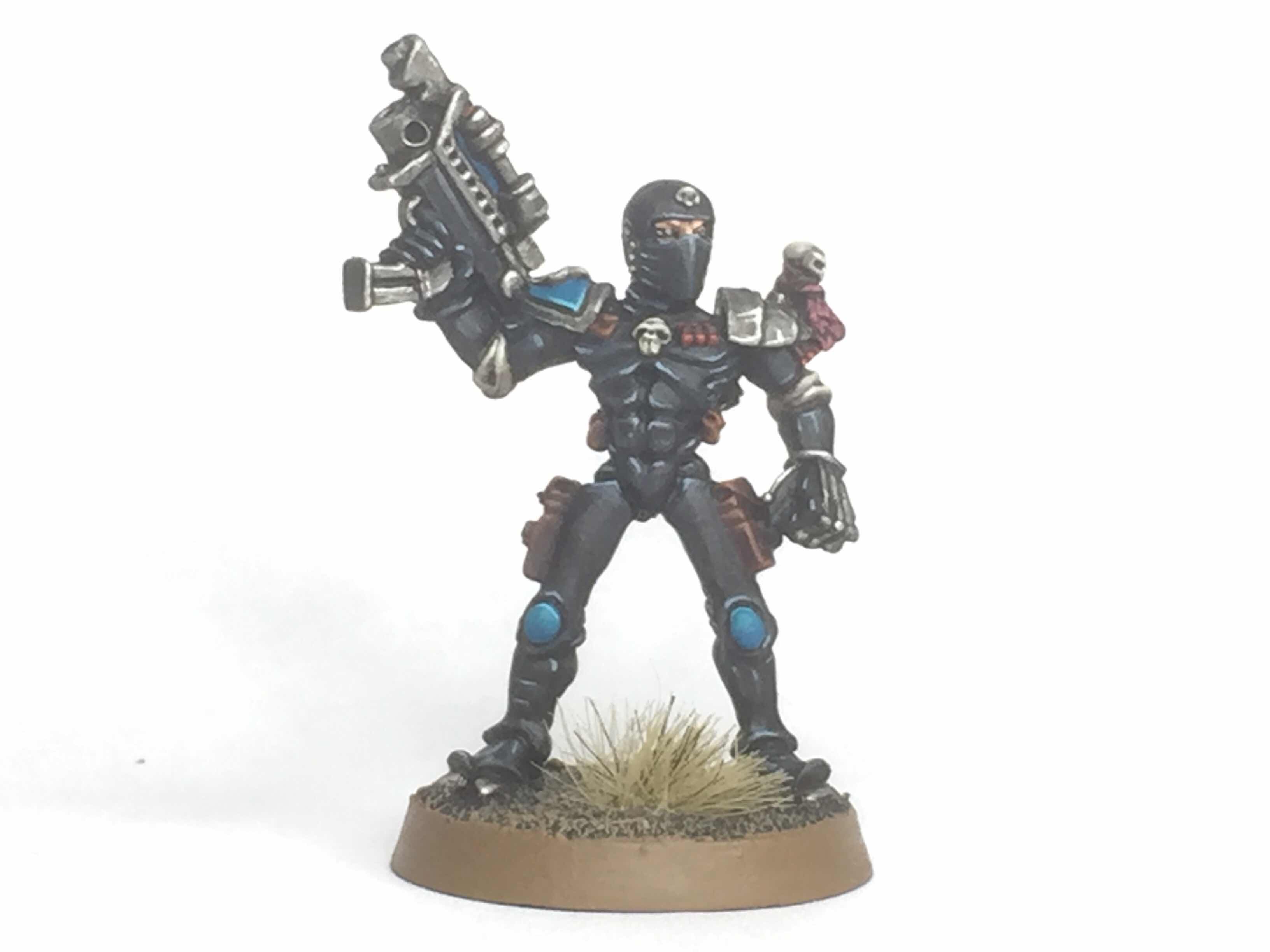 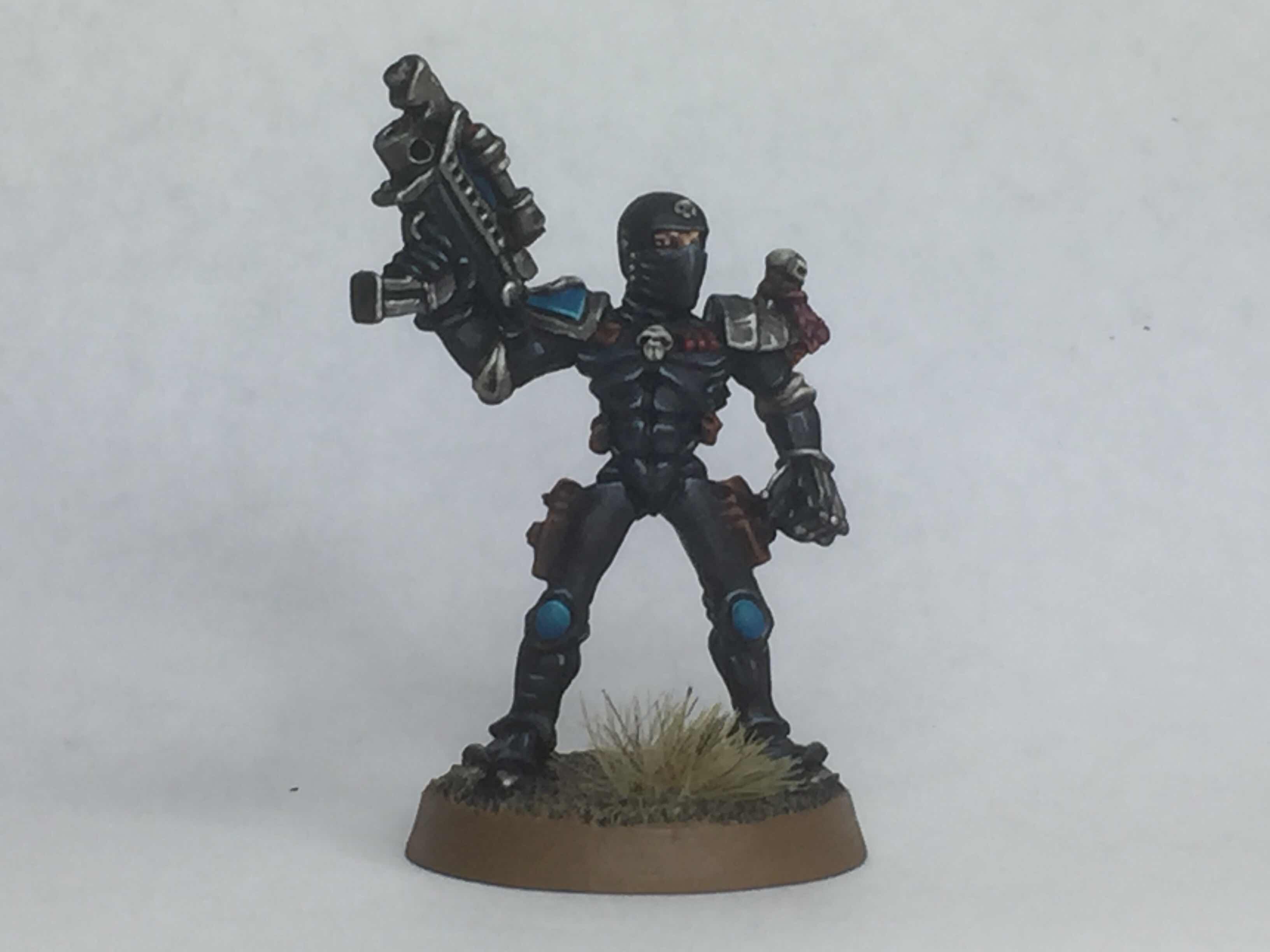 Thus as I was looking for something new to paint my eyes returned to these models and I ended up picking the grand-daddy of all assassins... the 1989 Citadel Imperial Assassin!! 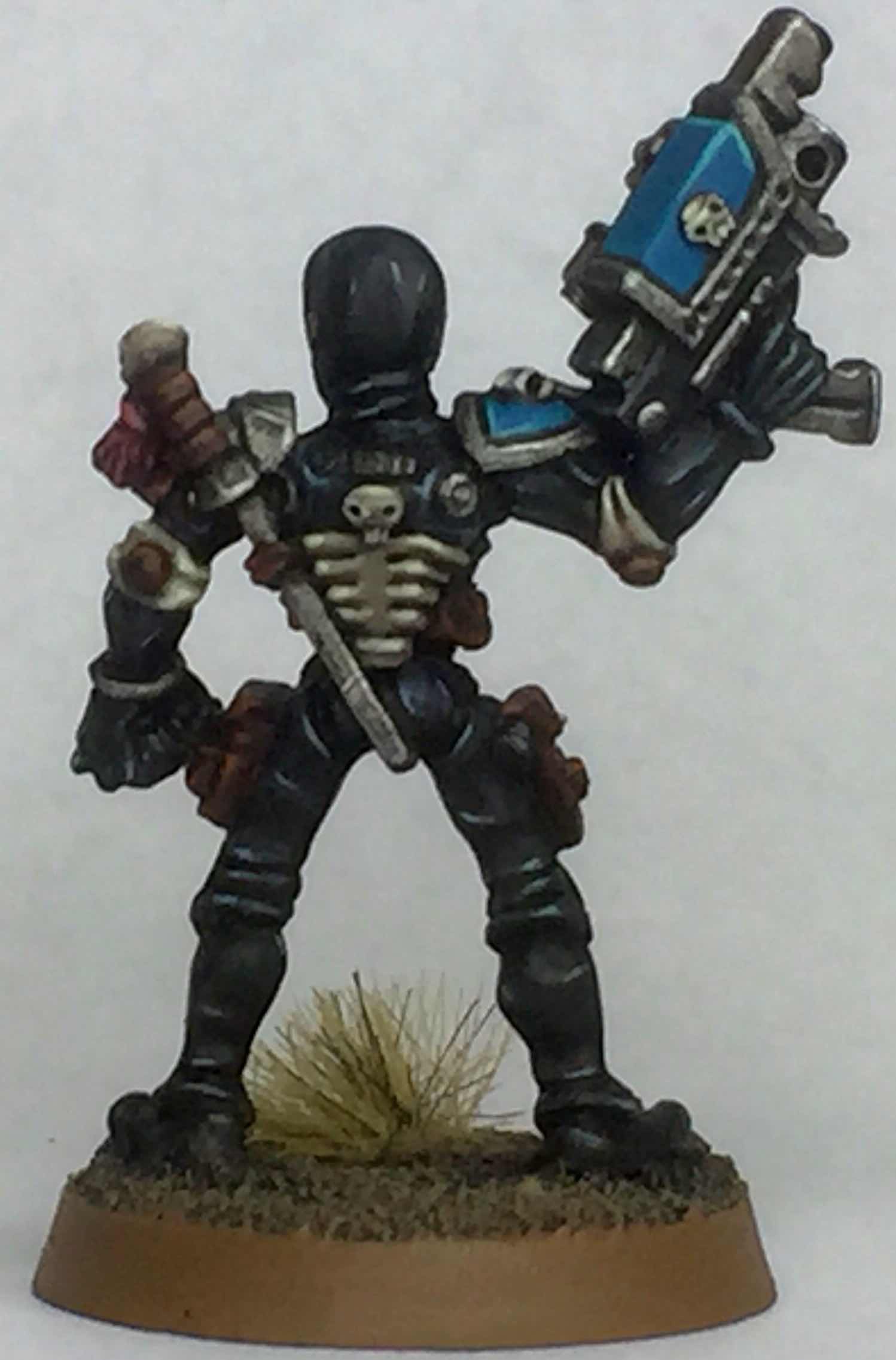 This model was the original Assassin sculpt and he was released roughly midway through Rogue Trader. It is a really characterful miniature but the sculpting is a little crude so some creative brush work is needed to get the best from it (especially on the bone areas). 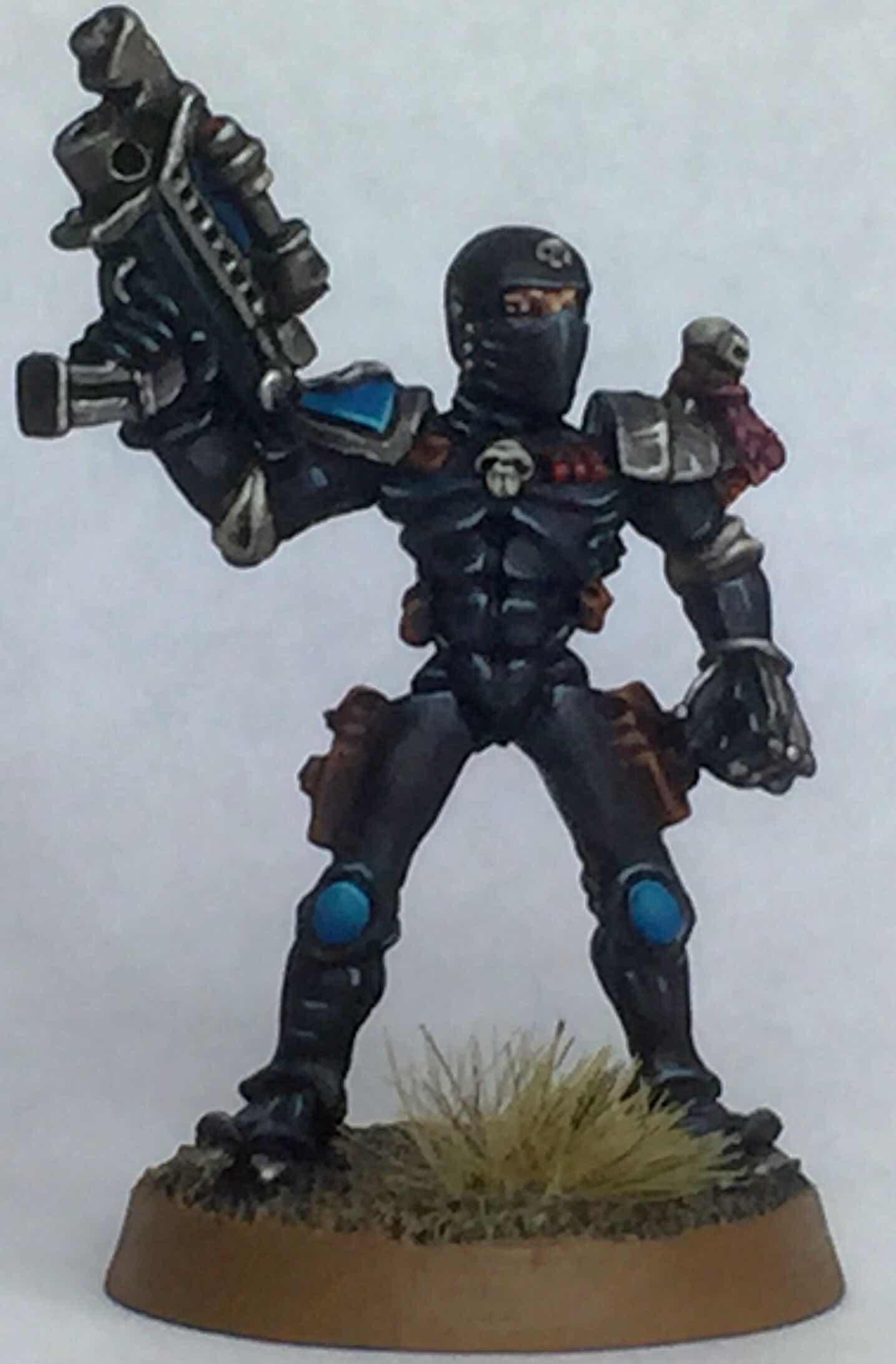 On reflection this is probably my favourite Assassin model as the warrior looks like a bad-ass ninja as opposed to (yet another) genetically modified killing machine. Given his weapon loadout I’ll probably field him as an Eversor.

Paint/colour-wise I stuck to the same scheme that I used on all the other Assassins; though I did introduce as new turquoise spot colour to break up the black.

I’ll be using this fella in my up and coming Rogue Trader campaign!

I hope you like him!!
Posted by LegioCustodes at 01:24