After I finished off last week’s Primaris Marines I decided it was high-time for something a bit more Oldhammer!

This I’ve spent the last week or so painting up some old school 1994 Catachans from the second edition of Warhammer 40,000. 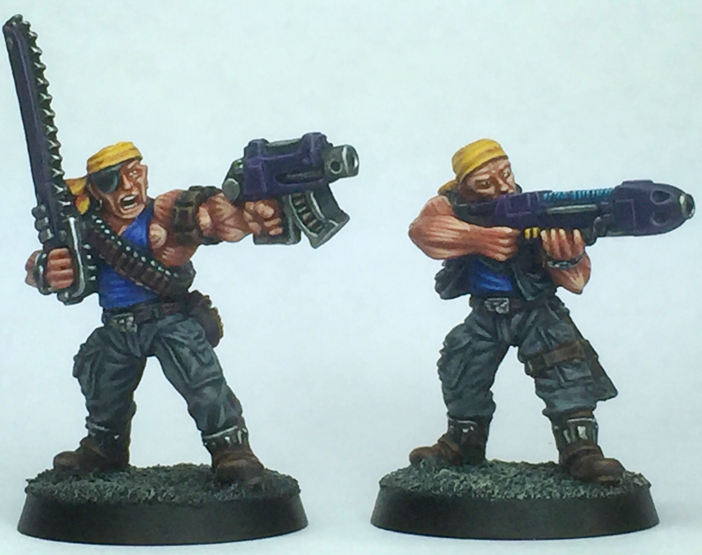 These really are lovely sculpts that are absolutely full of character and strong visual imagery. In fact it is fair to say that each one of them successfully conveys the appearance of the bastard love child of John Rambo and Arnold Schwarzenegger’s character from Commando (Matrix). 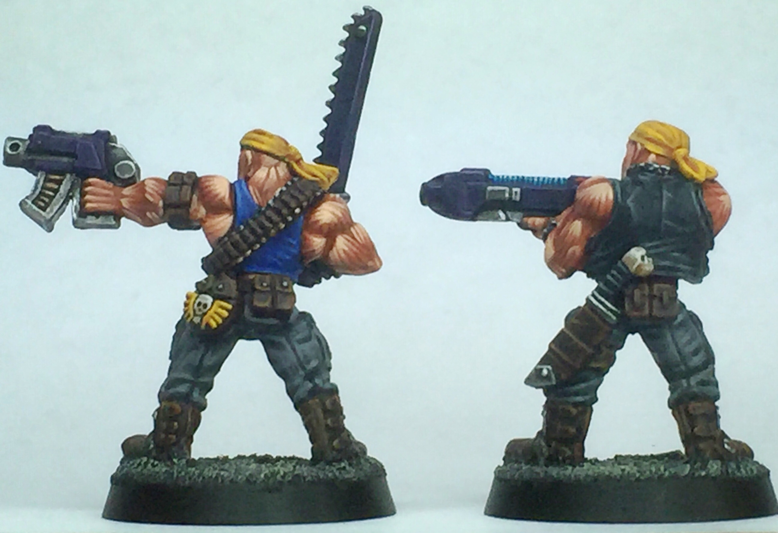 I have a strong love for metal models as they are so much weightier and more substantial compared to the plastic and resin figures that fill today’s miniature market place.

I went for a plasma gun for the squad’s special weapon as I have started to really enjoy painting the plasma coils on these distinctive guns.

A real bonus for me is that due to their distinctive attire (specifically the headbands and t-shirts) these models actually fit nicely alongside the Orlock Necromunda range from the same period.

As such these warriors have been painted specifically to fit in with the Orlocks who already make up the Brood Brother element of my growing Genestealer Cult.

This is a massive boon as it greatly increases the models and weapons options that are now available for my cultists.

Additionally I will now be able to switch between these forces from representing cultists, Guardsman and ad hoc militia in my games.

I’ve only painted up five models initially in order to get used to these sculpts. My flesh painting method is very time intensive (lots of layers to show muscle striations; no washes) but I think that it achieves a distinctive effect that really pops the muscular physique of these warriors.

I think I’ll look at doing some Heavy Weapons next, I just have to check and see what’s in my bitz box!
Posted by LegioCustodes at 15:30