So I have decided to get some more models done for my soon to be published rulebook Outremer: Faith and Blood this week. As it is a campaign skirmish game set during the crusades it makes sense to have multiple versions of each character in order to represent different weapon or equipment load-outs during the progression of the campaign. 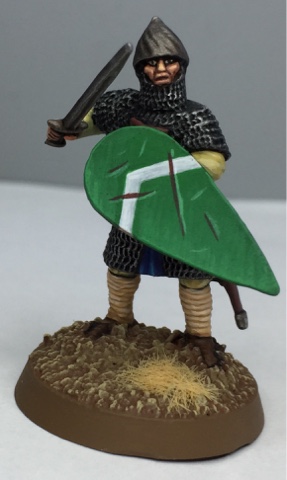 Above is the Warlord for one of my factions; and he leads a group of grizzled Western Crusaders as they forge their tale in the Holy Land. Some of you may remember that I painted this guy roughly this time last year; well I am pleased to say his career as a Crusading Knight has been on the up-and-up in the intervening 12 months and so he has been able to splash out on an upgrade.... 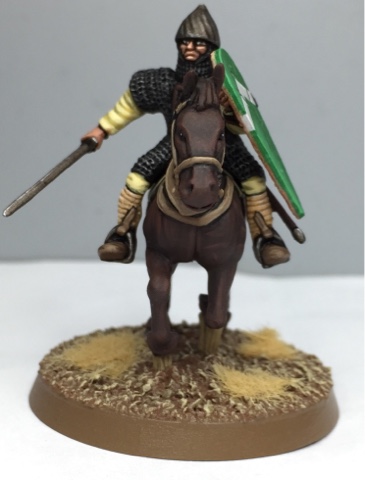 That's right... like any good Knight he has gone and got himself a horse!!

In the game horses are expensive but powerful commodities that really add a degree of potency to their rider's capabilities, and as such it is a perfect choice for upgrading your warlord with. 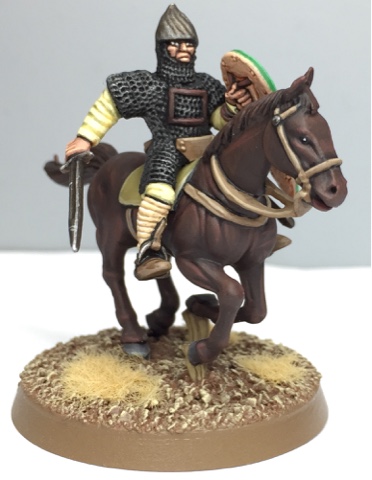 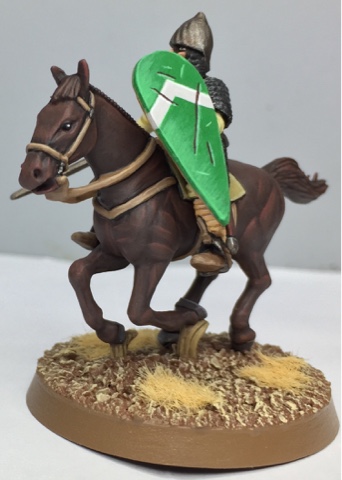 I know not everyone likes plastic cavalry but I really rate these models, their versatility allows me to capture some really dynamic set ups, and also it makes it easier for me to match the infantry and mounted versions of each fighter. 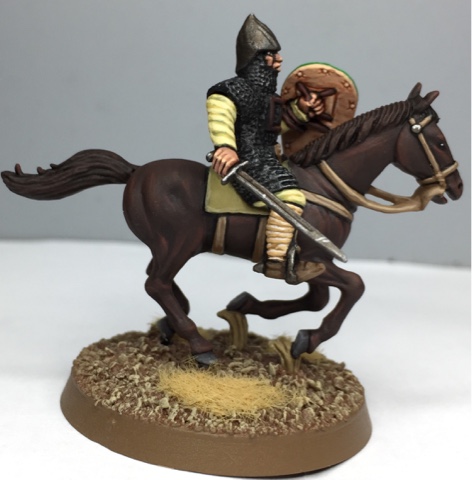 The models were painted using almost entirely Foundry Paints and I am really happy with the overall effect, if you look closely you can even see that I've matched the shield damage on both the infantry and mounted versions!

Next up I'll probably be doing a few more cavalry! Stay tuned!