As almost everyone who is reading this post is probably aware already GW have released yet another edition of Warhamer 40,000 in the last week. Now as an Oldhammer-er this wouldn't usually excite me, but having read much of the information released in the run up to its release I have been very optimistic about this new version of the game. It seems to be re-introducing many of the cooler elements from Rogue Trader and second edition whilst also retaining a degree of streamlining to ensure games move at a good pace. 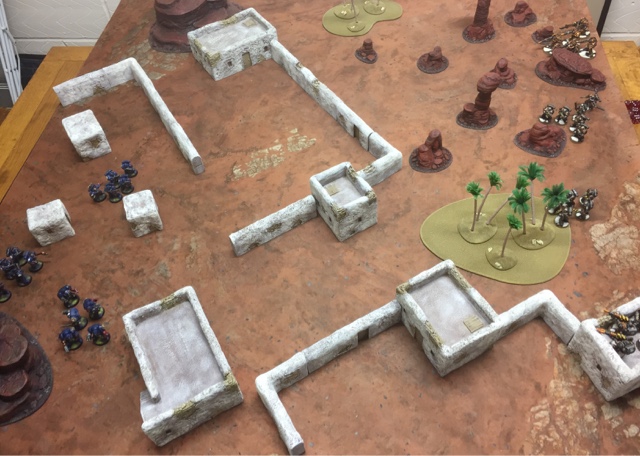 Having bought my copy of the game last week I was keen to get some models on the battlefield in order to see how it played! So I cracked out my cool new desert terrain to represent a small village on a frontier feudal world and got my very accommodating girlfriend to play a small skirmish with me in order to test the rules. 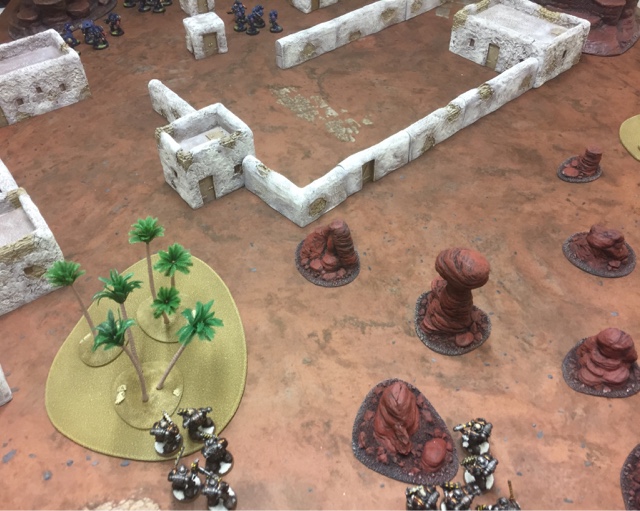 In a classic match up the noble sons of Rogal Dorn in the form of my Crimson Fists faced off against the stoic silver-armoured warriors of Perturabo's Iron Warriors. Both forces consisted of a commander, three five man squads of power armoured astartes and five brothers in tactical dreadnought armour. For this scenario the Crimson Fists would be defending the settlement against the onslaught of the IVth Legion's warriors. 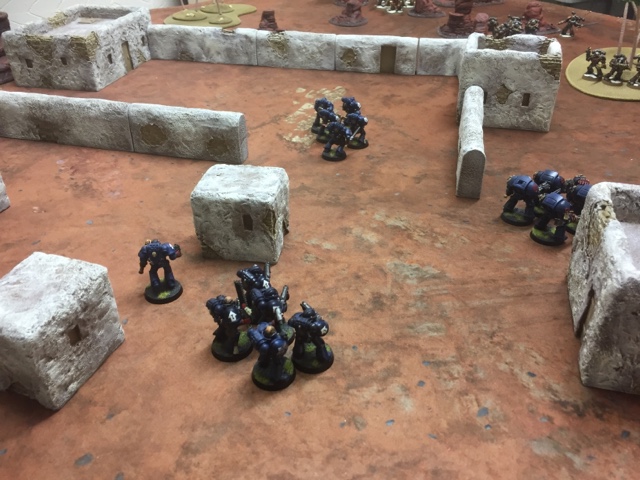 The first couple of turns of the game saw the opposing forces manoeuvring to establish clear lines of fire and position themselves for assaults later in the game. Movement isn't hugely different from previous editions of the game though I am pleased to say the designers have reintroduced variable movement distances for different units... Which let's be honest makes sense, a lightly armoured space marine scout would clearly move further than a warrior in a heavy set of Terminator armour. 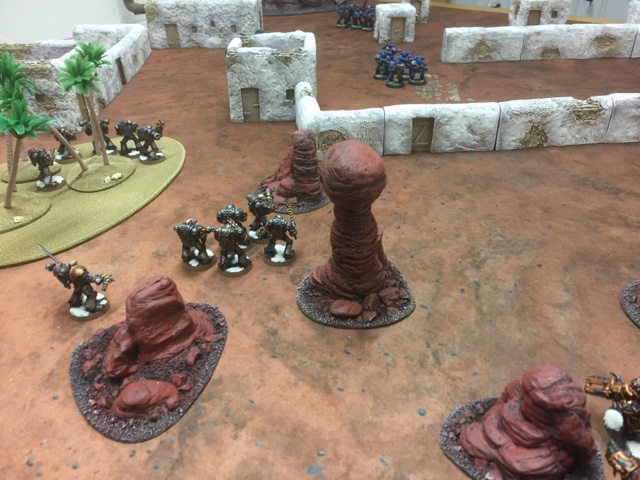 Commanders (such as the Iron Warrior Warsmith above with the power sword and the bolt pistol) can no longer join squads, however it makes sense to keep them close to your troops as they can still pass bonuses onto nearby warriors. It seems the days of powerful, purposeful characters from second edition have finally returned to the tabletop! 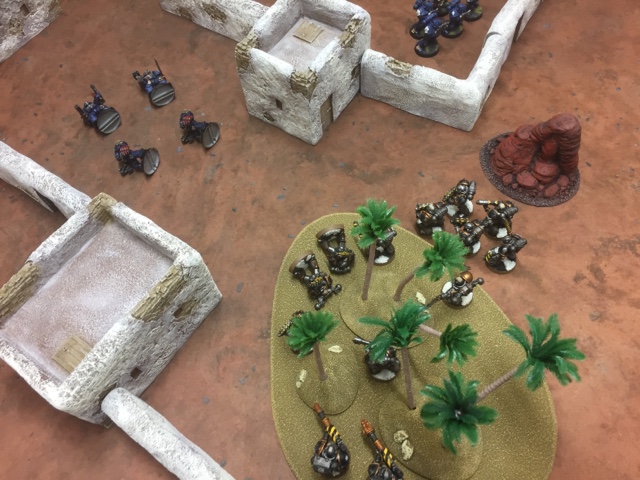 Shooting has been massively overhauled and is now a lot slicker and far more intuitive than it was in the last five editions of the game. For those of you who played second edition the shooting is not a million miles removed from that version. When the shooting does start it is wholly devastating and even Terminator squads can find themselves whittled down in relatively short order once sufficient firepower is brought to bear on them. 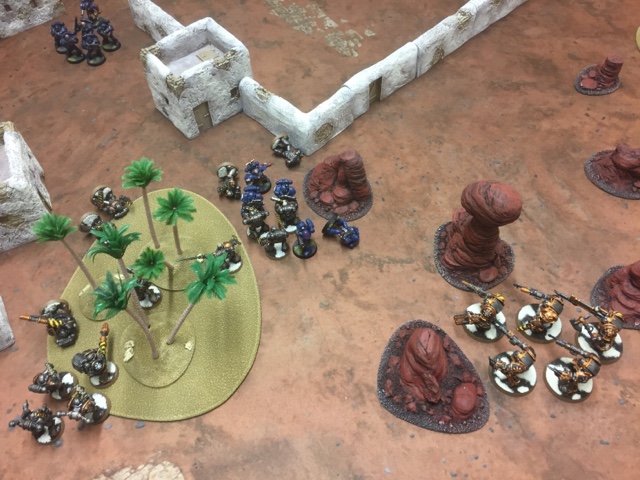 Close combat is also equally brutal and the casualties in melee can mount up rapidly. Close combat is quite different from the last version of the game and you will need to read the rules a couple of times in order to grasp the modifications, but in my humble opinion it's a lot better. 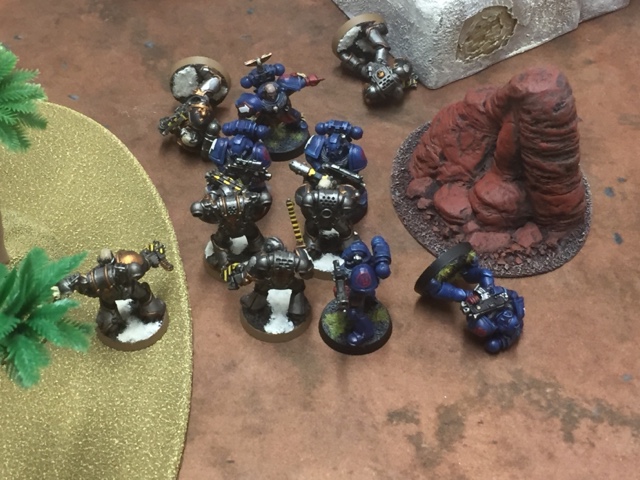 In this version of melee combat the charging side always gets to attack first (as opposed to in initiative order as previously), this means there is now a real benefit in thinking tactically and seeking to position your troops where they can take the most advantage from unleashing a devastating charge. 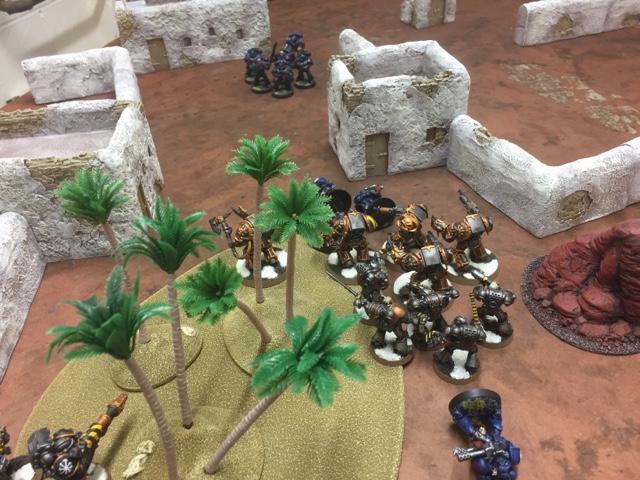 Morale has also been completely overhauled and is now fairly brutal... basically failed morale tests now mean that your units take further casualties, this is potentially devastating for weaker armies, but it does speed up the whole game. 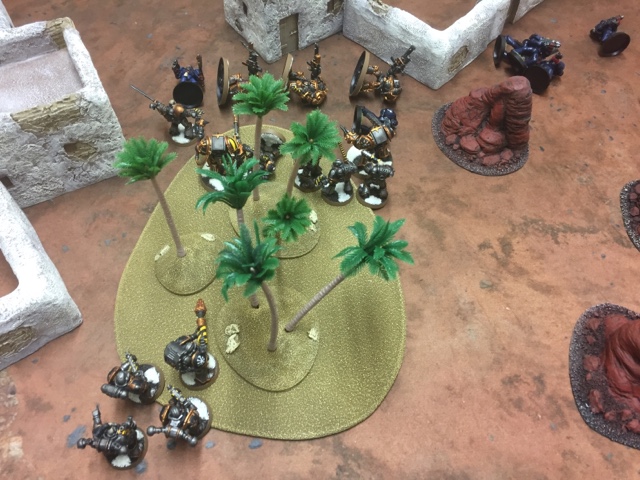 Overall I have to say that this new version of the game is great; it seems to take the best bits from all previous versions of 40k and rolls them into one! For Oldhammer-ers key parts of this new format will seem very familiar! The game is now really fast moving and extremely brutal, just how I like it!

The game has changed somewhat and so players will need to read the rules a couple of times in order to grasp the changes and there maybe a bit of referring to the rules for your first couple of games; however after a bit of practice it should become very intuitive.

I really think I am going to like eighth edition, it seems like it will cater for any sort of games ranging from small scale skirmishes all the way up to large scale battles! I'm really looking forward to having a few more games in the near future!

Posted by LegioCustodes at 14:06