Well this week I have been focussing on finishing off a Saracen/Islamic warband for my up-and-coming Osprey book Outremer: Faith and Blood. This is the first time I have painted an Eastern themed force and I have really enjoyed it.

The models have been sourced from a variety of suppliers as I was looking for a nice mixture of fighters in my warband. Whilst I understand there was no real degree of uniformity in this era I have stuck to a purple and orange scheme in order to tie the force together on the tabletop and also for photographic purposes. 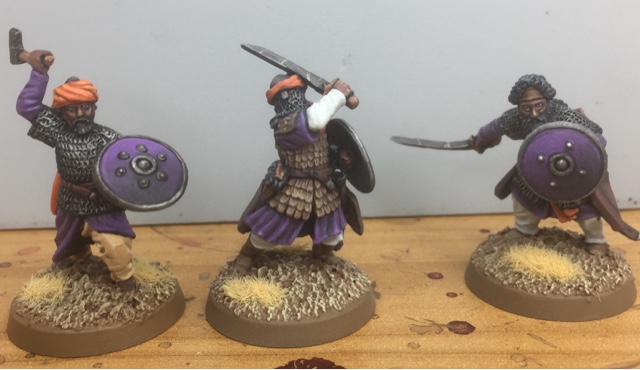 The first three models above are my most heavily armoured warriors, two are clad in maille and another one is wearing leather armour. One of these fighters will be used to represent my general and the other two will be his closest retainers. 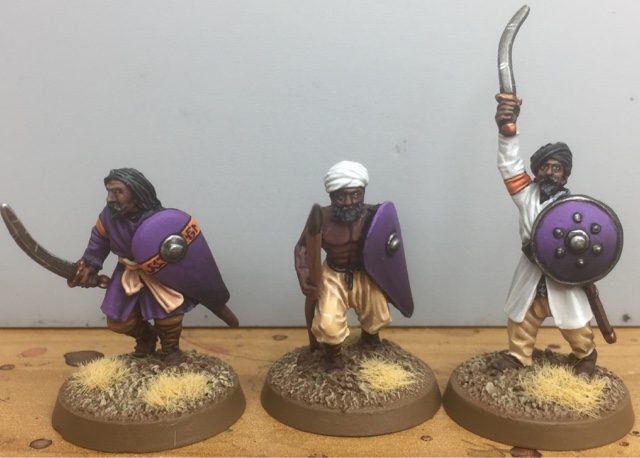 The next three models are unarmoured warriors equipped with shields and hand weapons. I'm not going to lie...painting the Islamic script on the left hand shield was an emotional experience that was achieved with a very small brush. I really enjoyed these models as I have begun to take real pleasure in painting robes/cloth. 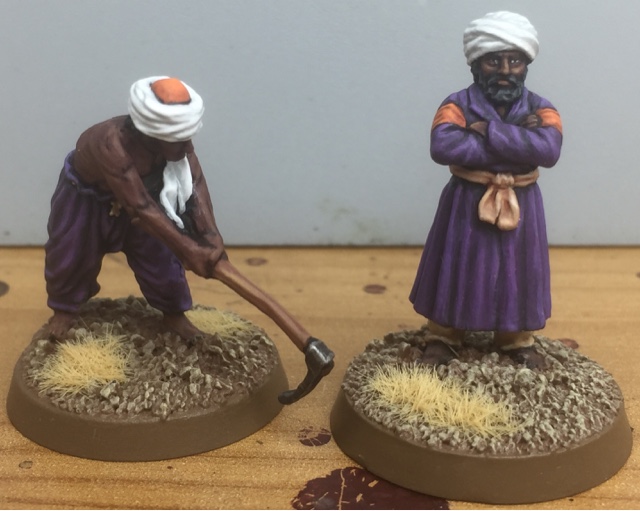 Warbands in Outremer: Faith and Blood can also be accompanied by poor quality cannon fodder and here they take the form of these two civilians. One is clearly a peasant toiling in the fields for his feudal masters whilst the other can be used to reflect a more wealthy merchant or maybe a wise Imam. 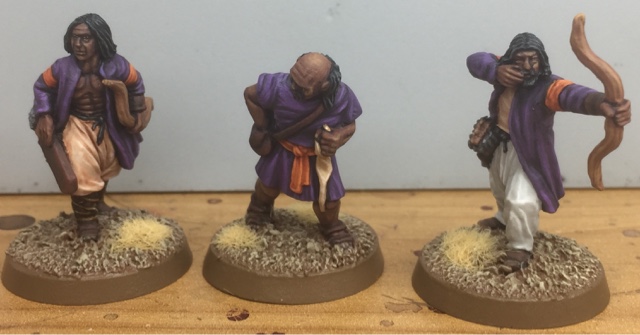 This warband needs some long range firepower and that is facilitated by these three fighters, two are equipped with compound bows and one is carrying a relatively basic sling. 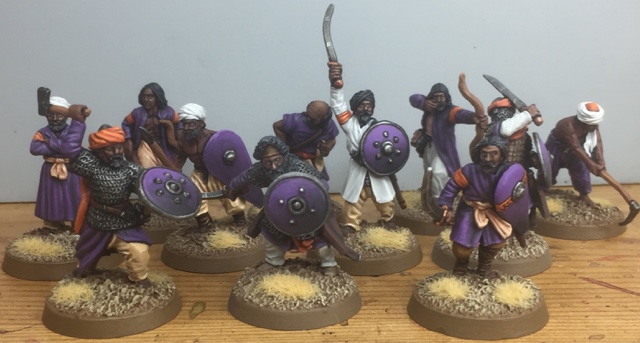 So here's a group shot of the full warband together standing ready to drive back the Frankish barbarians from the Holy Land.

Overall I think they've come out rather well and the models complement each other nicely despite being sourced from multiple suppliers. I'm looking forward to getting these guys on the battlefield and rolling some dice! 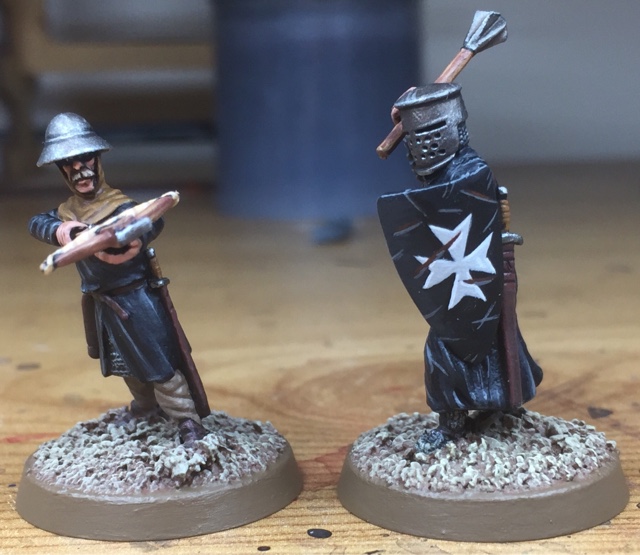 Finally I have also managed to churn out another two Hospitallers to reinforce my Military Order warband in the form of a Brother-Sergeant armed with a crossbow and a Brother-Knight with a mace and shield.

Next up I'll be working on some Crusaders and Pilgrims.