Well I must start this post by apologising for my long term hiatus from this blog! I haven't posted for over a month as I have been deployed on a large overseas exercise with the army.  This has severely impacted on my hobby time and by default my blogging activities which is annoying as I have a number of projects on the go at the moment which I really want to finish.

Anyway I have arrived back in country now and am steadily trying to regain my hobby motivation which has ebbed a bit since my departure!! Luckily my wonderful girlfriend has been on hand to help with this and so today she was happy to engage me in a game of Second Edition 40k.

We didn't have much time available to play and so I set up a small table and a couple of light skirmish forces which is the scale of battle that both RT and 2nd Ed are best at. The two forces were drawn from my Crimson Fists and their eternal enemies, the Iron Warriors of the deamon-primarch Perturabo. 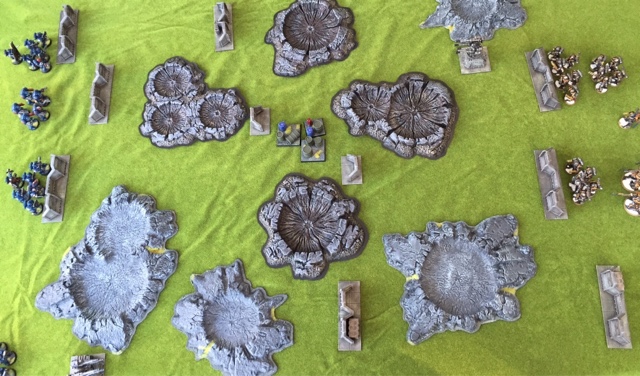 The objective was for each player to try and take control of the geneseed stockpile represented by the assortment of barrels located in the centre of the ruined Imperial trench network. 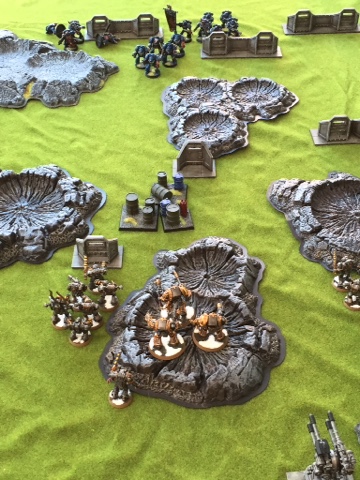 As both sides had managed to reach the objective the final outcome was in the balance and so we relied upon VPs from the casualties inflicted to determine the winner. A quick tally revealed that my girlfriend had secured victory as her noble Astartes had butchered significantly more enemy troops than my own renegades had been able to.
Overall this was a really enjoyable game that was just what I need to reignite my hobby passion...during and after the battle I found myself thinking of ways to bolster my modest Iron Warriors force. A good game always acts as something of a hobby muse for me, and this was further accentuated by the news from GW today that they will be releasing a plastic Horus Heresy miniatures game on 7th November.....Amazing!
Many thanks to Mrs Legiocustodes for taking part in the game with me!!

Posted by LegioCustodes at 12:48