Having completed my Enclave Power Armoured Troops last week I quickly decided that they needed some officers to lead them into the Wasteland. For those who have played Fallout 3 you will be aware that officers in the Enclave strangely forgo the considerable protection provided by the advanced power armour that their troops wear, and instead march to war clad only in baseball caps and military fatigues!

Unfortunately Brother-Vinni doesn't currently make any sculpts for the Enclave's glorious leaders and so I have been forced to scour the internet for comparable models to adapt to my needs. Luckily after an extensive search I found some suitable 28mm substitutes from Copplestone Castings.


These figures are ideal for my FALLOUT needs and fit the Enclave officer role very nicely. The major difference between these guys and the in-game image is that they are wearing additional combat armour. This isn't an issue for me as it seems plausible that at least some Enclave officers would be sensible enough to don some form of personal protection and also gives me a larger canvas to paint the Enclave 'E' on. 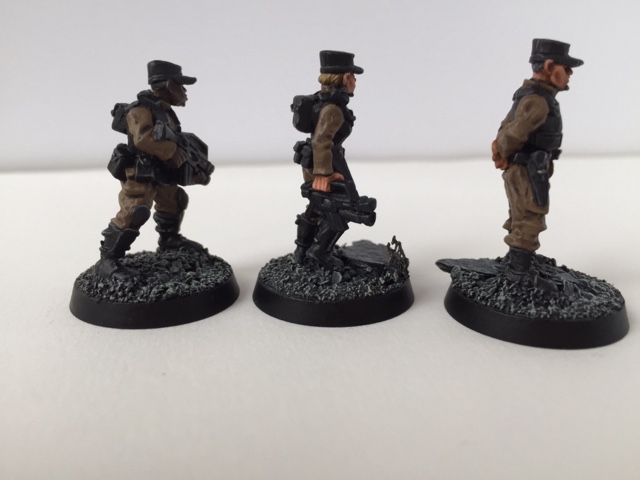 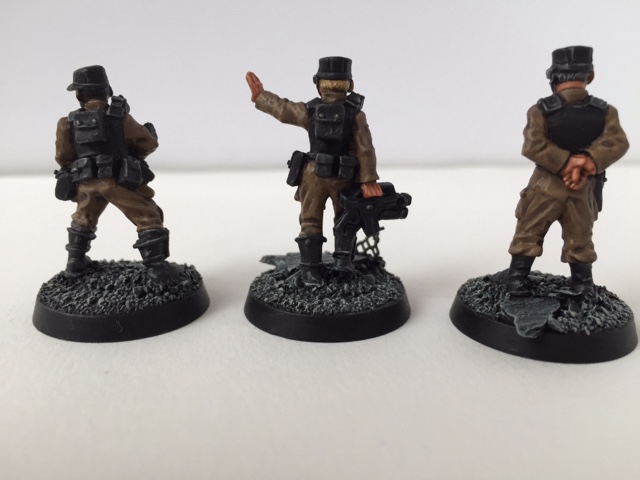 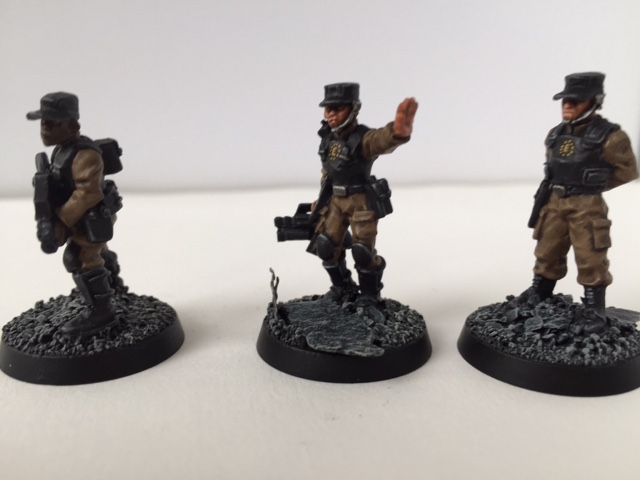 I am really satisfied with these three models, especially the hand painted symbols on their chest armour. I am hoping that they will be effective combatants and commanders on the battlefield.

I think for my next project I will try and produce some Brotherhood of Steel Knights and Initiates clad in Combat Armour Mk II to accompany my existing BoS Paladins in T45d Power Armour. As ever I will keep you updated as the project develops.

Posted by LegioCustodes at 09:24