Again my hobby time has been severely reduced over the last few weeks so output has not been huge... On the plus side this time I have been preoccupied by a rather wonderful holiday as opposed to work.

Anyway I have made some progress on my 80s Imperial Armour.... Three of the old model Rhinos are nearing completion in their Salamanders paint scheme... 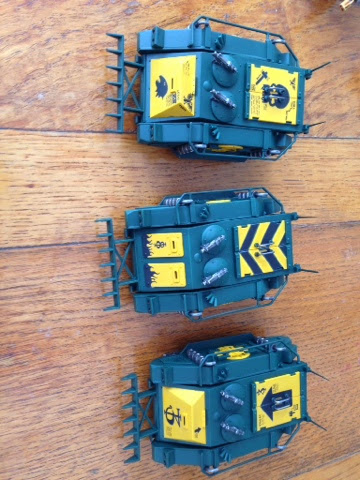 Here they are together...as you can see I've gone for some classic yellow and black on the green Basecoat. For those of you who've seen my titans you'll see that the chevrons have made another appearance.... 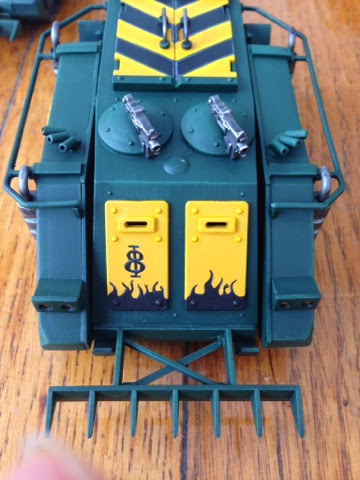 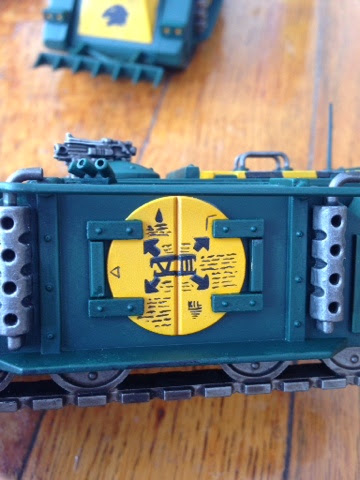 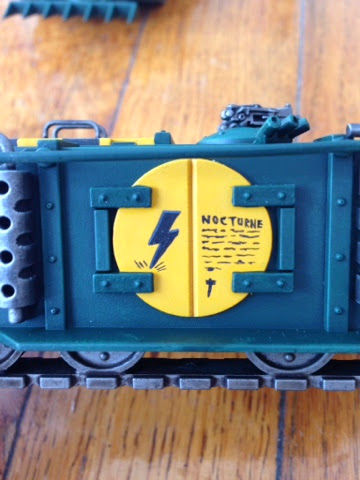 Eighth squad (assault squad) are the lucky formation whose APC has benefitted from the aforementioned chevrons on the roof of their war machine. Some typical flames and the numeral eight adorn the front of the tank whilst assorted script covers a number of the armoured panels. There is an assault squad lightning symbol and a hammer on one door whilst the other has a very 'Rogue Trader' KIL symbol with standard assault markings. There is also a blood drop symbolising that the unit has fought alongside the Blood Angels Chapter/Legion (depending on whether my scenario is set in 30k or 40k). 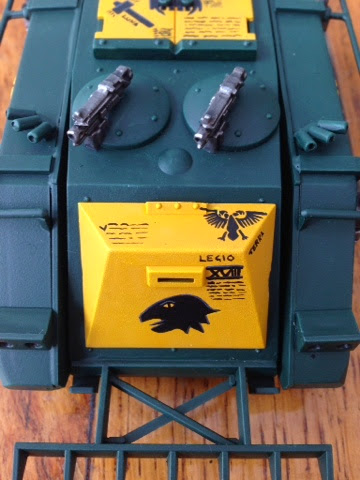 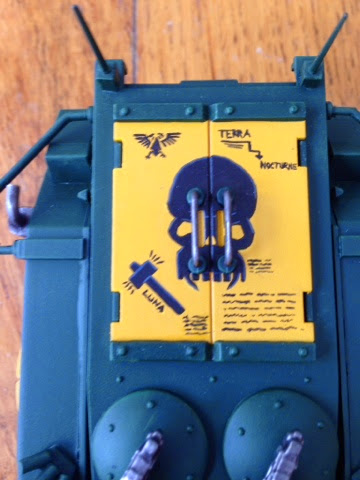 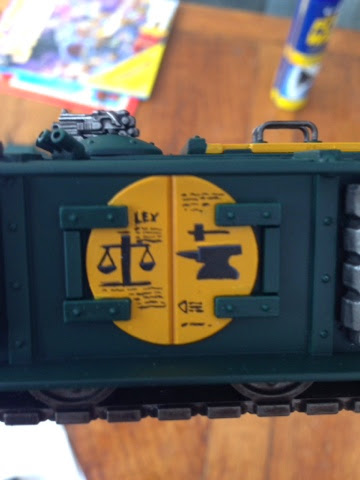 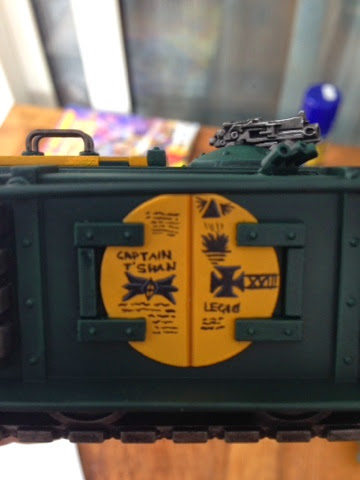 Captain T'Shan's command squad get the above rhino to carry them to war!! The front of the vehicle has a Salamander symbol with a free hand imperial eagle on it, along with the Legio Numerics. The roof and doors carry a variety of personalised command insignia telling the story of T'Shans history and legacy. You will spot their are badges marking him out as a Terminator Veteran as well as RT era Captains rank symbology. 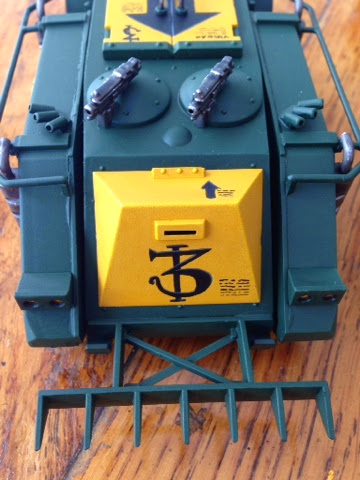 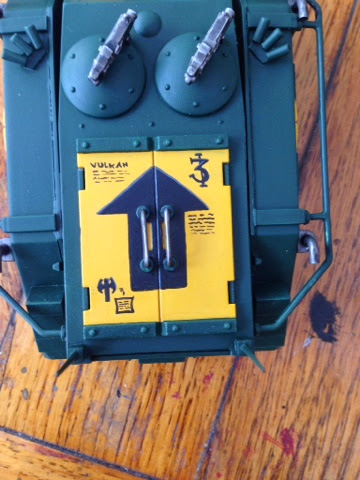 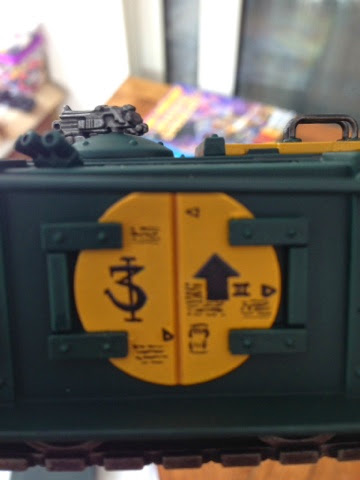 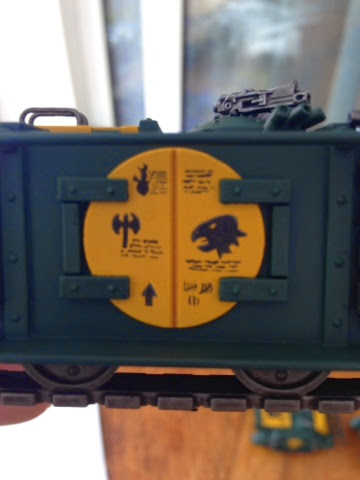 Third Squad's Rhino has the arrow markings signalling their specialisation as a tactical squad as well as other assorted honourifics. Additionally there appear to be World Eater markings on one of the doors.... But does it demonstrate the Chapter's foe...or the Legion's allies??

Well that's it so far for the tanks so far. I've tried to stick to the traditional RT styles with free hand symbols...not a transfer in sight. Very time consuming, but also really very rewarding!! I also really like the way the yellow panels have come out!!

Let me know what you think!!