Like most people who read this blog I am something of a hobby butterfly... starting projects at a whim, getting overly enthusiastic about my latest army and buying far too much plastic...before promptly painting only ten models and then getting bored and moving onto something else.

It happens to all of us I suppose... in fact on reflection it seems that my Crimson Fists are the one story of success where I have built a viable force and steadily been adding the them since 2002... Jesus has it really been that long. 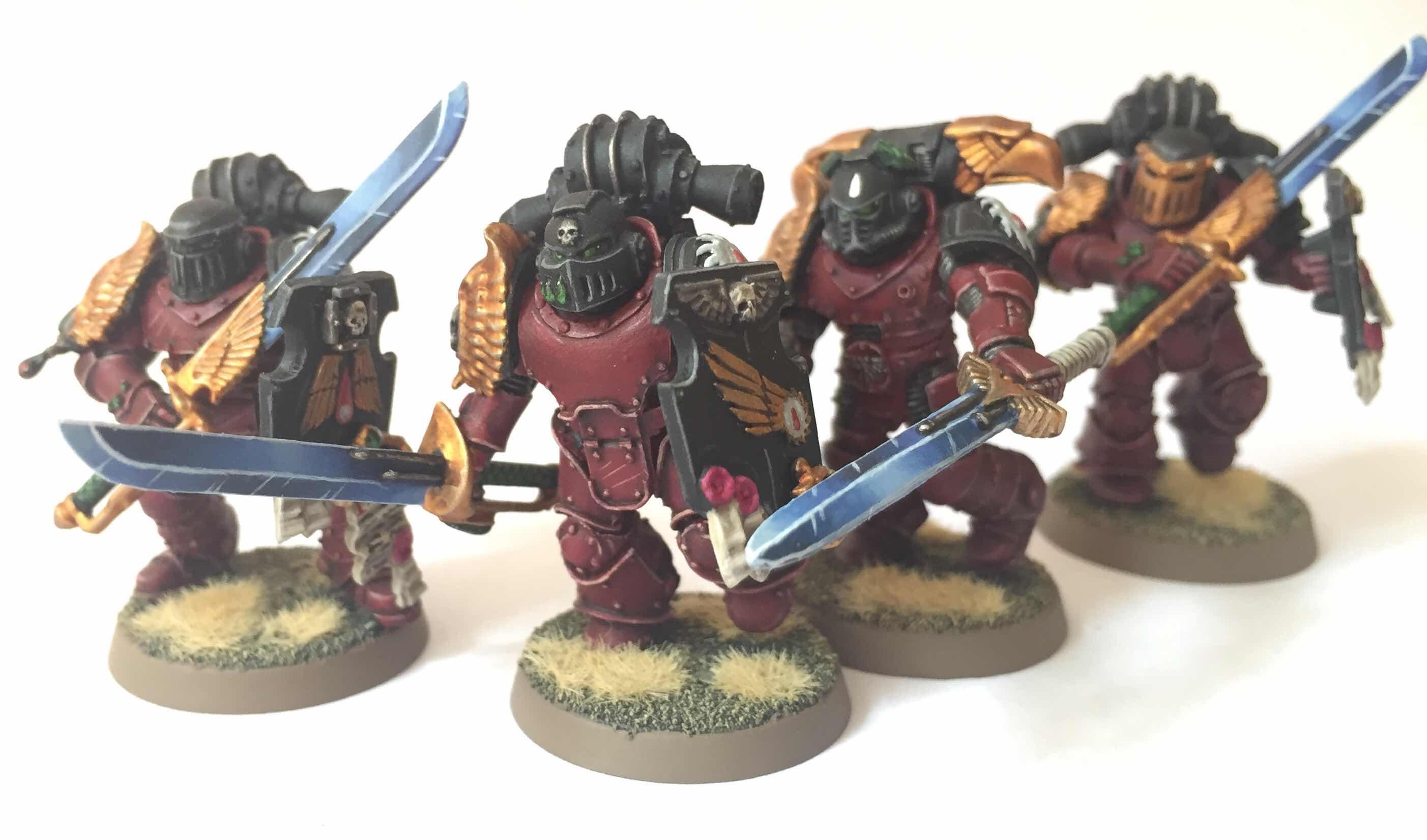 One of my many abandoned projects is my force of Flesh Tearers Space Marines that I started back in 2011 then boxed away for the last seven years. I initially began work on this project after being injured at work and having some time on my hands as a result. About that time there was an article in white dwarf about this specific chapter along with a quick and easy paint scheme. I followed this paint guide and did about five squads before losing interest.

Anyway I uncovered these models this week and although the paintjob is nearly a decade old and not up to my current standards it is perfectly serviceable. With that in mind I decided to give it a bit of a touch up.

Predominantly I have gone over the bare metal blades on the power weapons with something a bit more exciting. I think these blades now look a little more interesting and set off the dark crimson armour nicely. 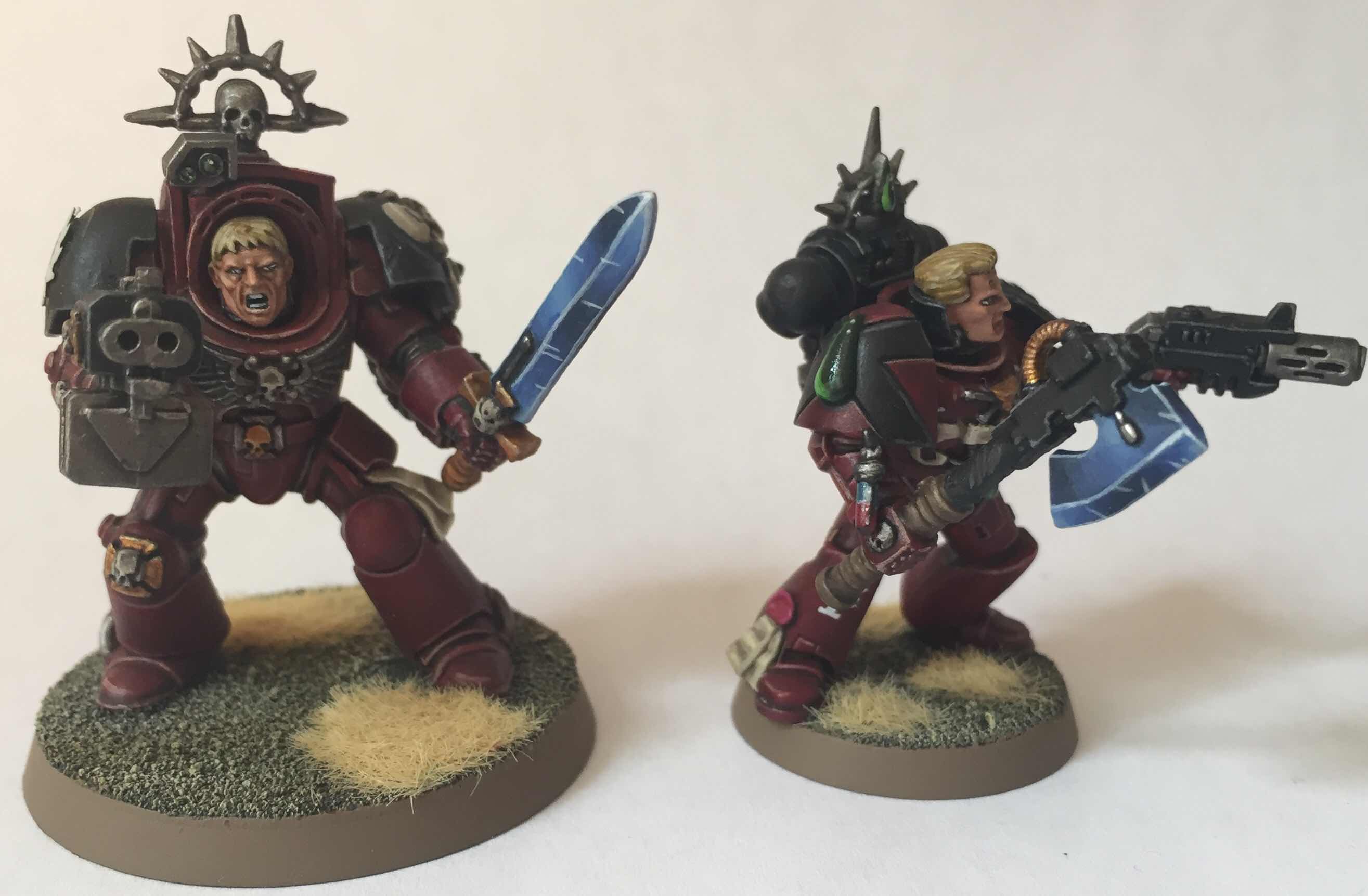 I went through the entire force identifying models with power weapons such as my company command squad and the above squad sergeants and then pulled them out for an upgrade.

Annoyingly when I put this force together it was during the time of 40k fifth edition (we’re now on eighth) and there were a lot more options for apothecaries (sanguinary priests) in a blood angels successor force. However these rules have since been retconned and I was left with a load of cool conversions for these models that I could no longer use. So I decided to some give these guys some heavy upgrading! 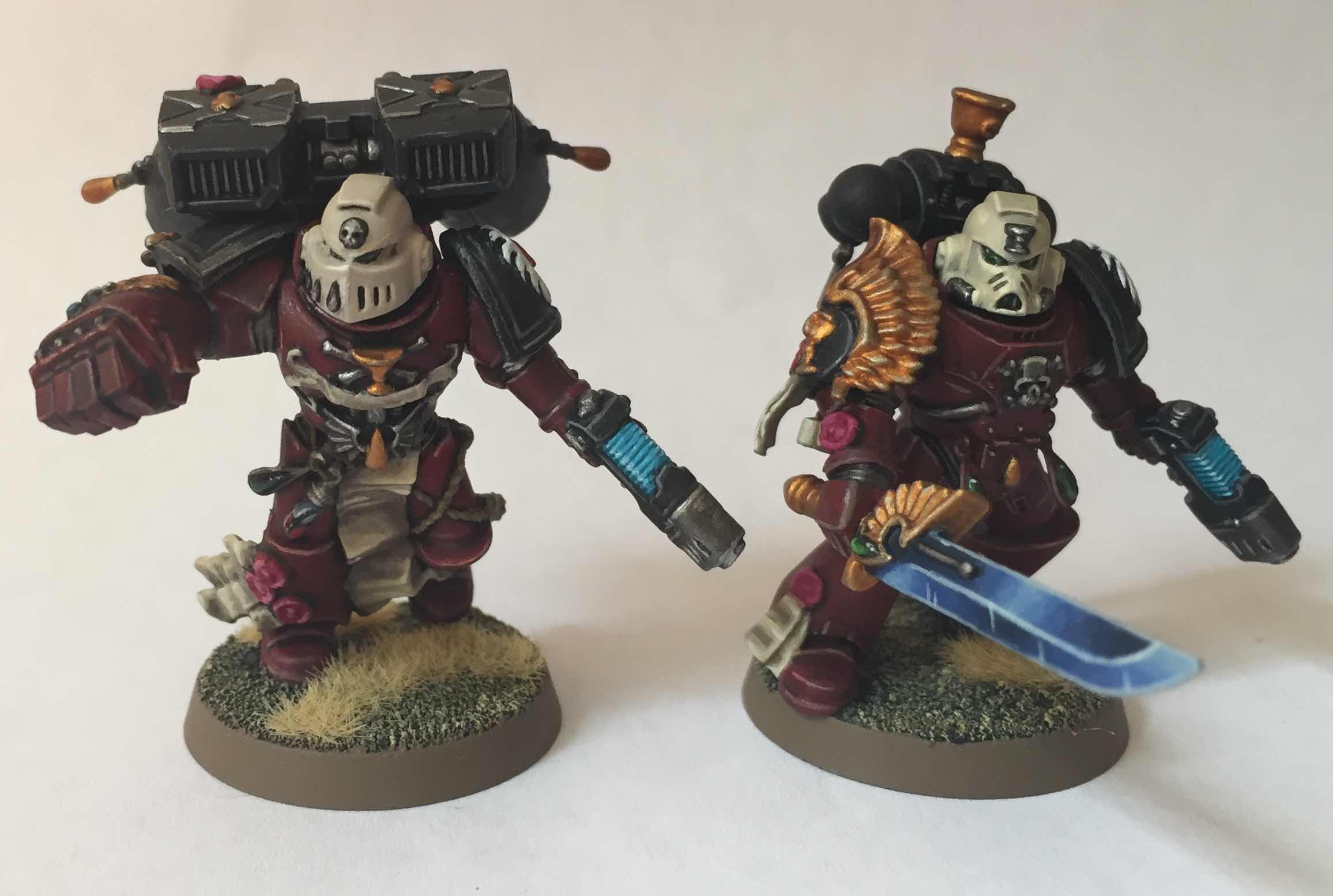 For my two Sanguinary Priests in power armour and equipped with power weapons I simply broke of their apothecary arm/reductors and added a plasma pistol arm to each of them. Now the Ivory helmets will be used to indicated that they are Lieutenants. Excellent ... two extra HQ choices should come in handy during games.

Next I had to deal with the apothecary in Terminator armour that I had made all those years ago. The rules for this model were completely gone in the new edition... 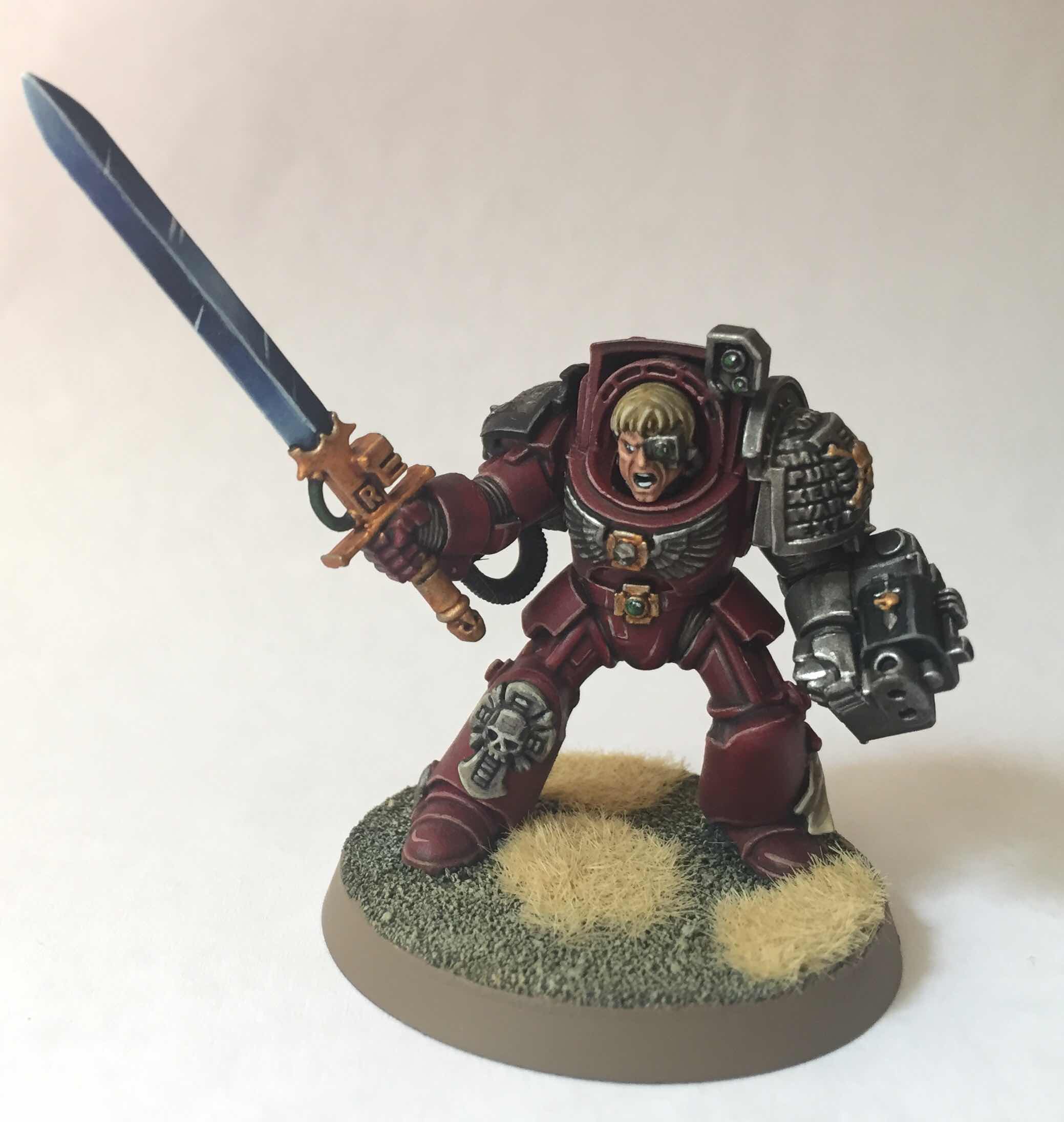 As such I decided he would now serve as the Captain of my First Company. To give him a bit of back-story I decided to give the model some Deathwatch connotations. You see warriors who fight in The Deathwatch are allowed to keep their markings and shoulder pad when they return to their parent chapter. I like the idea of having my force led by a veteran warrior who has served in this elite formation and so I have given him a new left arm marking out his status as a former Deathwatch Kill Team member. The arm itself is a Grey Knight Paladin arm with a Deathwatch shoulder pad.

Well that’s my first set of upgrades for this force; I’m sure I’ll be doing some more to it soon!

Posted by LegioCustodes at 07:52