After adding some Orlock Brood Brothers to my Genestealer Cult last week I decided to further expand this den of filthy xenos sympathisers with another model this week. 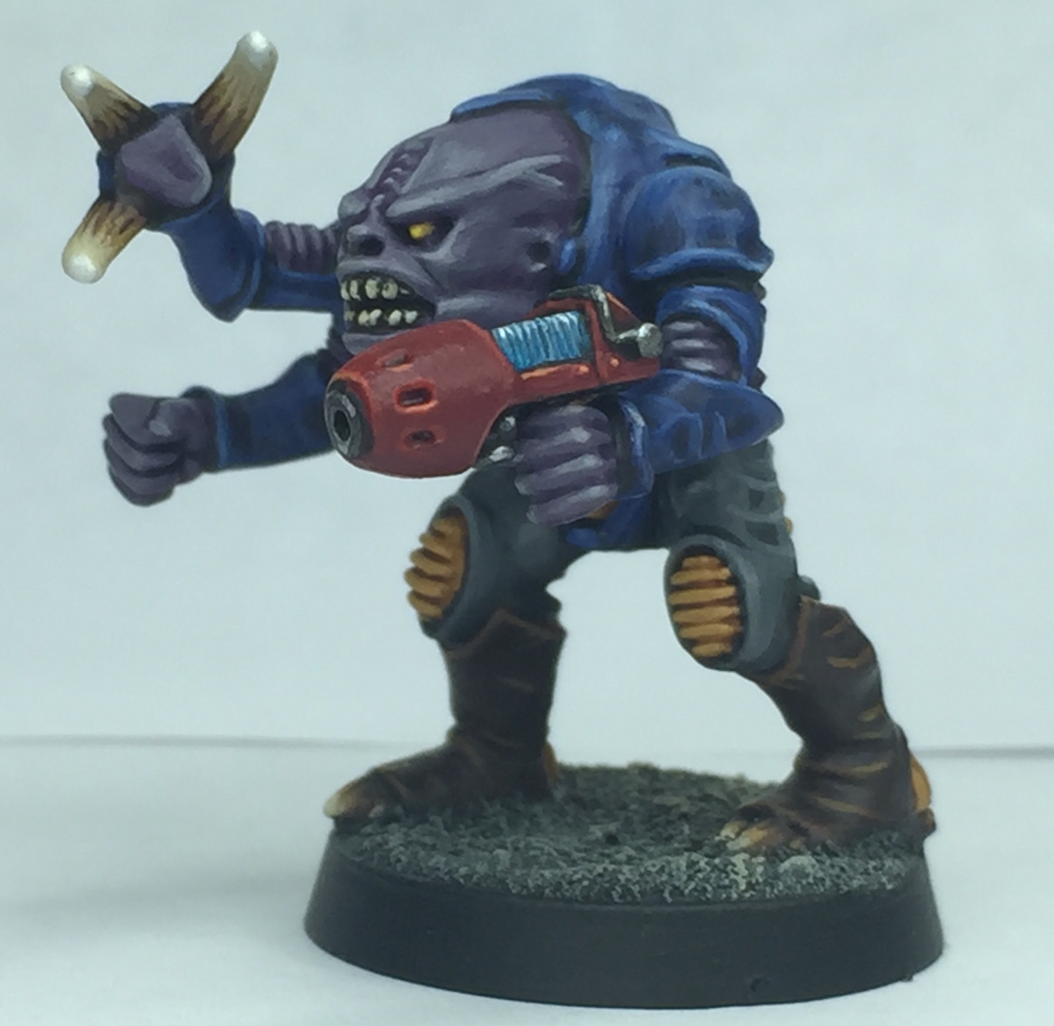 I managed to source yet another of the 1990 hybrids from the Space Hulk Expansion appropriately named ‘Genestealer’. I generally find one or two of these models each year on well known auction sites or forums and if the price is reasonable I’ll buy them to add to my Cult Force.

As I’ve said previously when I first saw these particular models back in the day I thought they were ugly sculpts; but over the past 28 years they have grown on me and I now find them quite endearing. 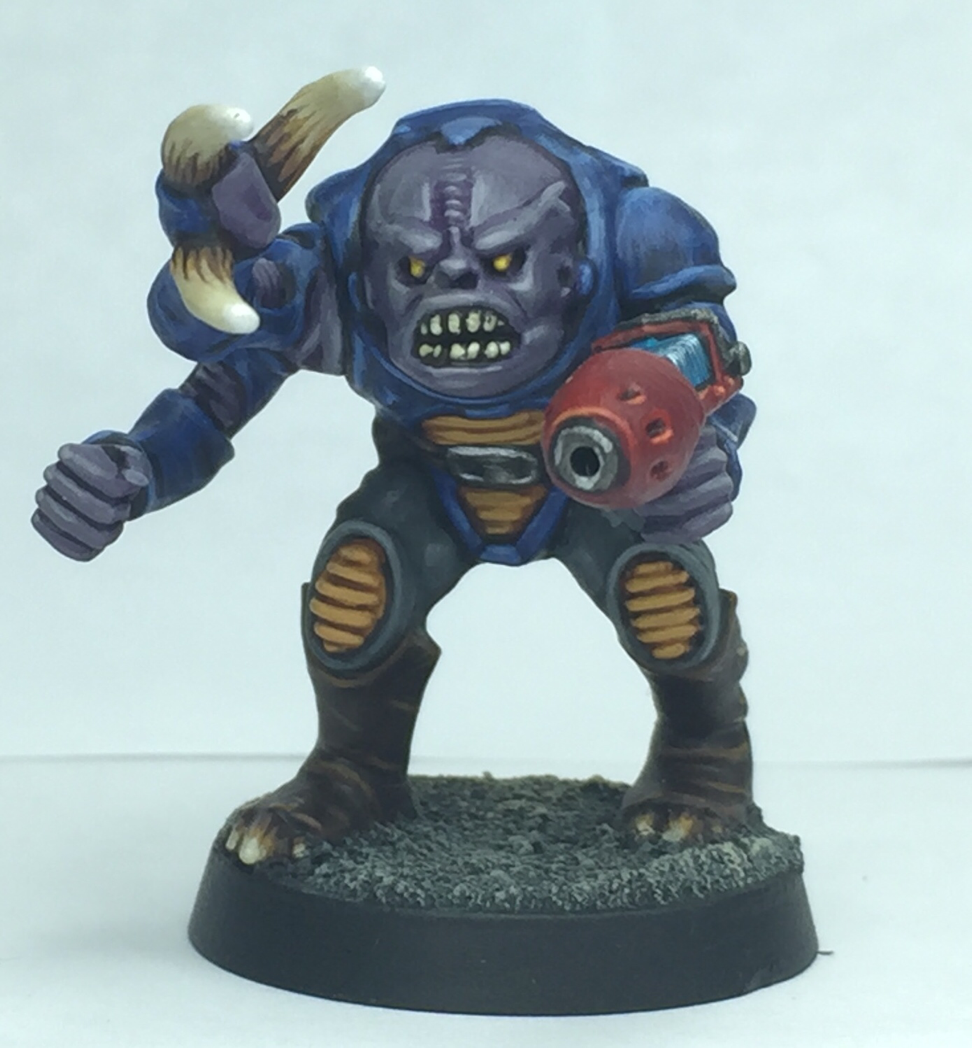 It’s true that they won’t ever have the character of the original metal hybrid sculpts that emerged during the 1989 period but with a suitable paint job they make a nice addition to my army. I have to say they do respond well to love and attention and can be made to look great.

I have given this particular fella the same paint scheme as the rest of my hybrids in order to tie him into the force. Weapon-wise I like my hybrids to be better equipped than the rabble of brood brothers that they lead so I have equipped him with a nice red plasma pistol from the 1992 Assault Marine sprue.

I’ll try and source a few more of these models this year to help further expand the force... maybe next time I’ll do one with a heavy weapon so he can lead the Heavies from last week into battle!
Posted by LegioCustodes at 12:54