I've just got back from Bring Out Yoùr Lead (BOYL) 2017 and what a great time it was! After having missed the event last year I was determined to make it in 2017 and I'm very pleased that I did! The event was better attended than ever before and there was a huge mass of gamers assembled at the Foundry playing a vast plethora of games ranging from Space Fleet through to Mordheim.

It was great to see some old faces and I quickly got re-acquainted with various stalwarts of the Oldhammer scene including Curtis who was running the Helsreach Table, Geoff, JB (Asslesman), James Holloway and Steve (Thantsants)! Everyone was in high spirits and it was good to catch up, sadly one character was notable by his absence and I was saddened to find Chico wasn't present. 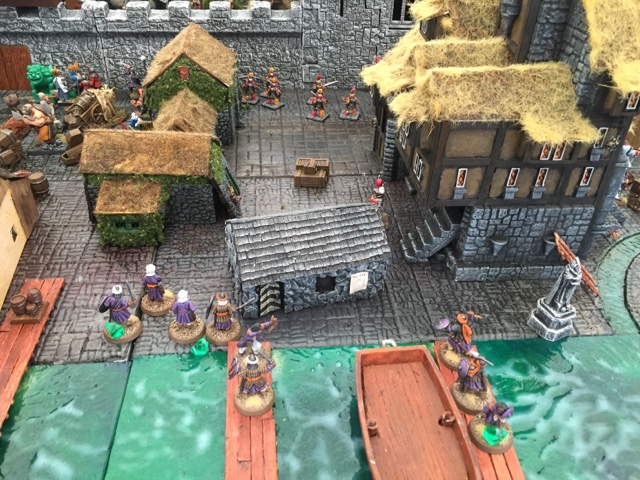 I tried to take part in as much gaming as I could and I quickly deployed my bespoke Araby smugglers on the absolutely amazing Heldenhofen Table that was being GM'd by Geoff. 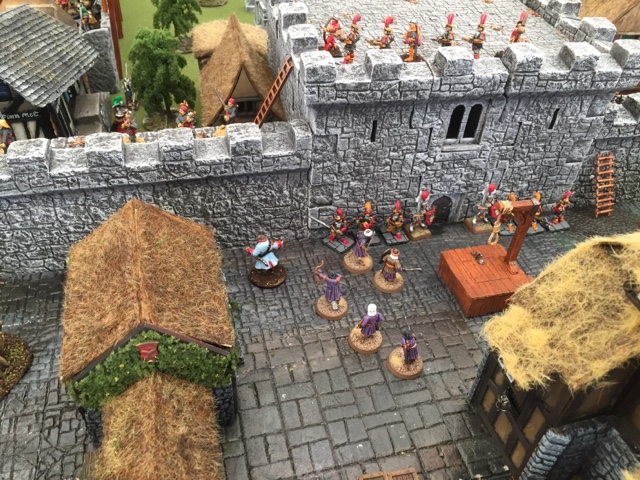 The mission on this table was for the various smuggler parties to get their contraband through the docks, past the city wall and into the market without drawing the attention of the omnipresent City Watch. 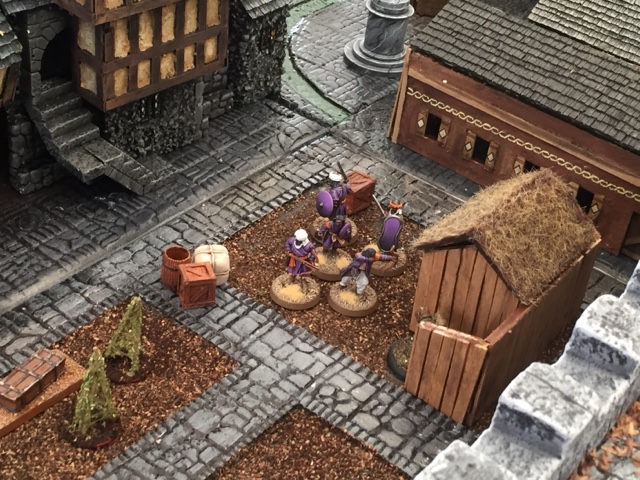 This wasn't as simple as it sounds and warbands had to content with ambushes from other gangs, oriental assassins, skaven infestations and assorted other obstacles! Overall this was a great game on some truly exquisite scenery and it was privilege to take part... 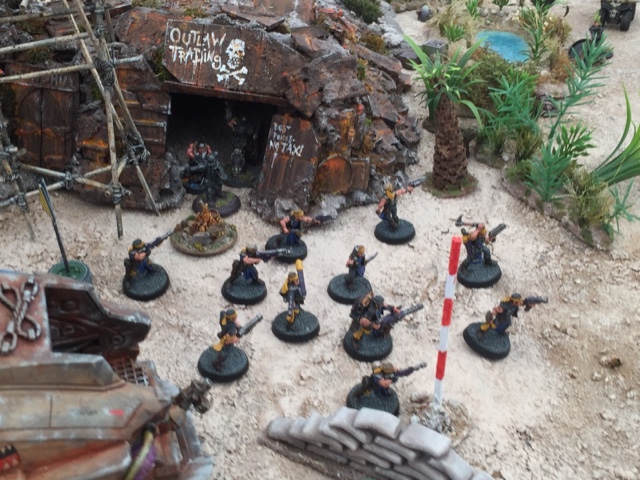 On the subject of exquisite terrain, Curtis and the team had done a sterling job on the Helsreach Table, so my next move was to take my Orlock models over here and take part as an outlaw gang. They had a great time running around shooting stuff up and generally being troublesome miscreants. 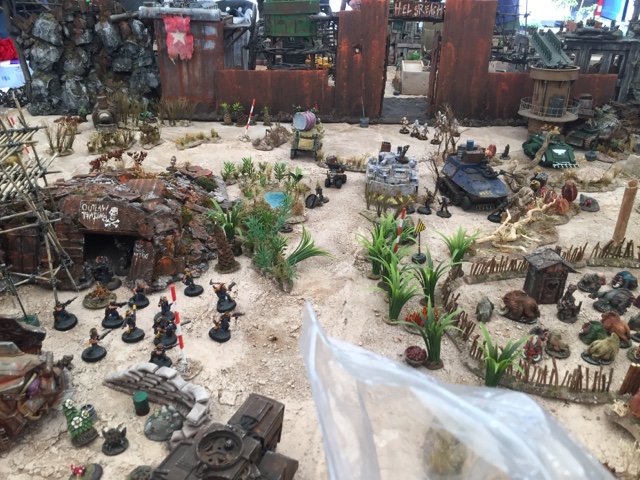 Again the board was beautiful and absolutely huuuuge!! 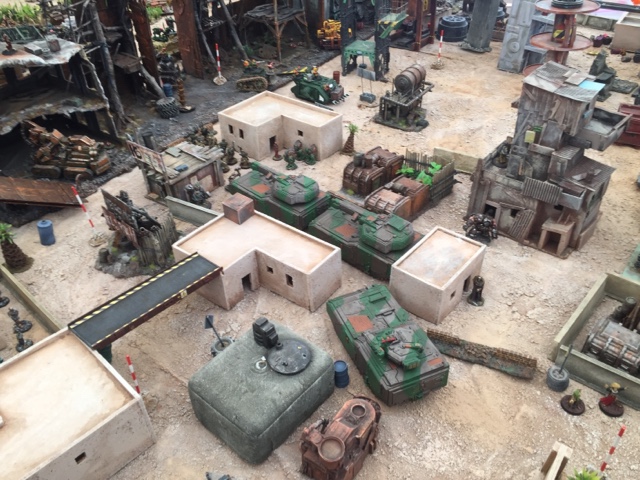 In fact it was so big that my gang never actually made it through the city gates however not to worry... 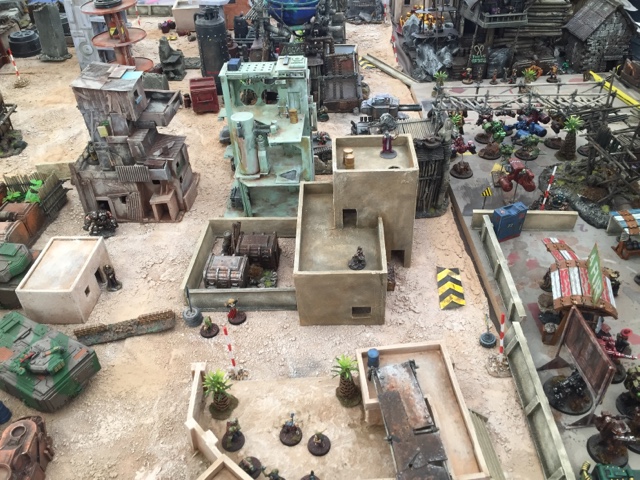 ...My mates had brought some mercenary troops and these two warbands set about tearing up things inside the city proper, so nobody was left in peace!! Absolutely fantastic stuff!!

One of the joys of going to Foundry is seeing the wonderful models in the Ansell's private collection and I can literally spend hours just staring at these beauties which are the very same miniatures that appeared in the White Dwarf magazines and other GW publications of the late 1980s - early 1990s.

This year in particular my attention was drawn to these rather fantastic looking Eldar models! 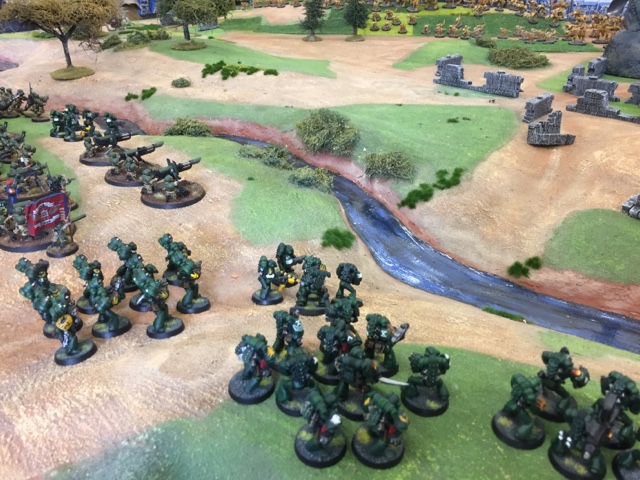 Finally I had a fairly sizeable game of second edition 40k with my mates against Thantsants and his huge force of lovely Tyranids!! 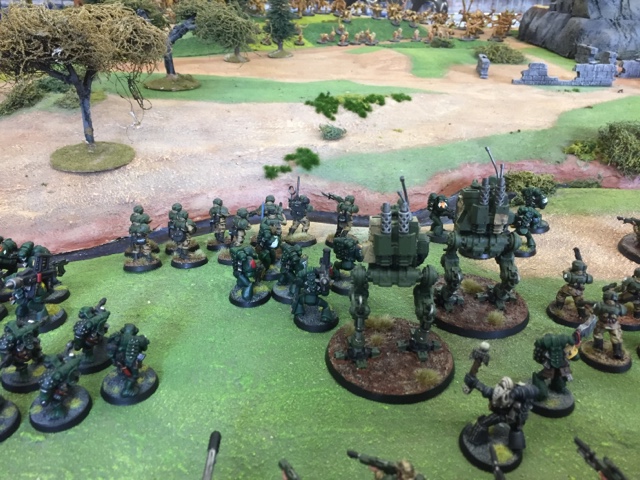 To take on this chitinous horde I fielded my Rogue Trader Salamanders while my mates fielded their Imperial Guard! 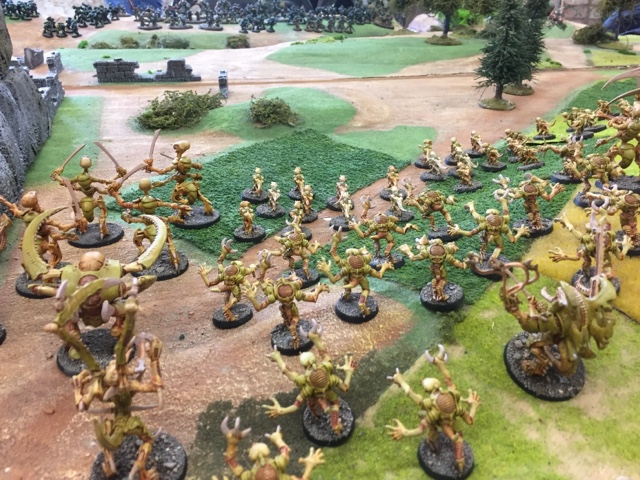 We agreed that Steve's Tyranids would be an unstoppable wave of teeth and claws and so all smaller gribblies that were wiped out could be fed back on to the table in multiple waves. 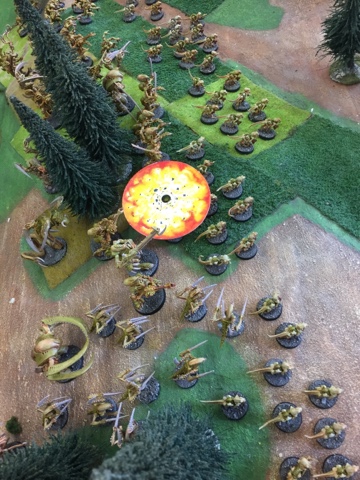 This was a really fun game and although the Imperial firepower took a heavy toll on the xenos early on once the distance was closed the martial prowess of the filthy aliens began to show and they cut through the humans like a hot knife through butter... 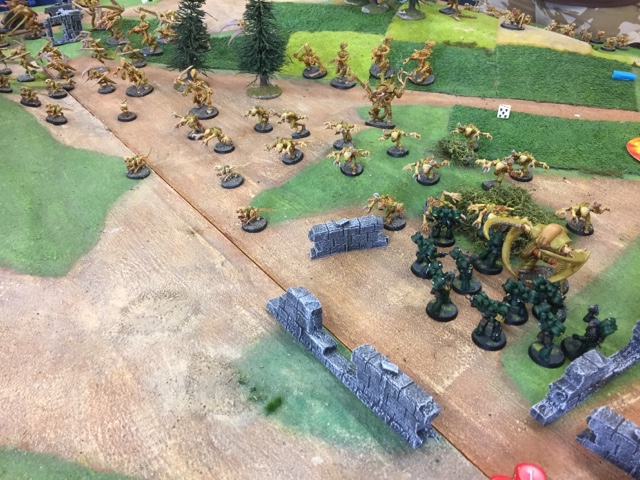 This was a really great game and I thoroughly enjoyed taking a trip back in time 24 years to the first version of 40k that I really played in any considerable quantity. 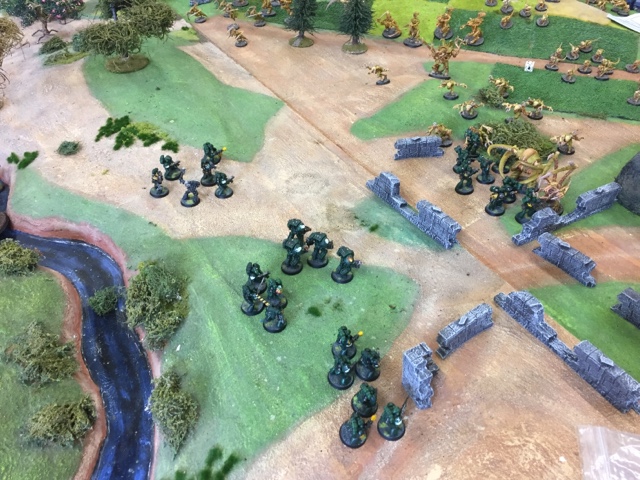 Steve's Tyranids were beautifully painted (especially the old 1987 hunter-killers that later became termagants) and they were a joy to fight against! In fact they were so gorgeous they have inspired me to get some of my unpainted 'nids out of storage and show them some love. I was even more impressed when Steve told me he had knocked them out in a few days to get them ready for BOYL! 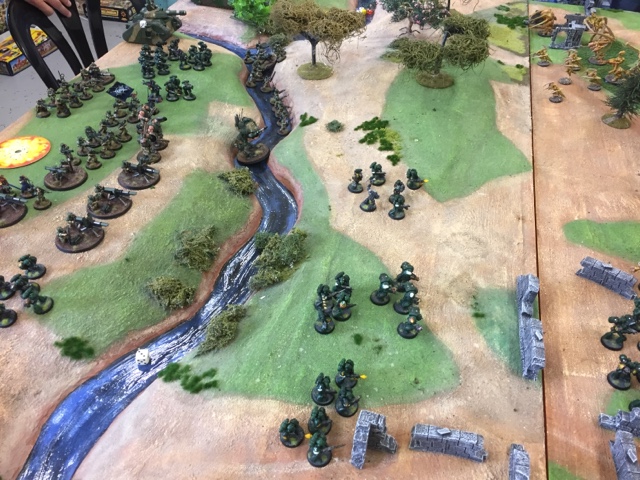 Whilst it was great fun to play second edition again I have to admit that the sheer size of the battle really highlighted the flaws in the system. 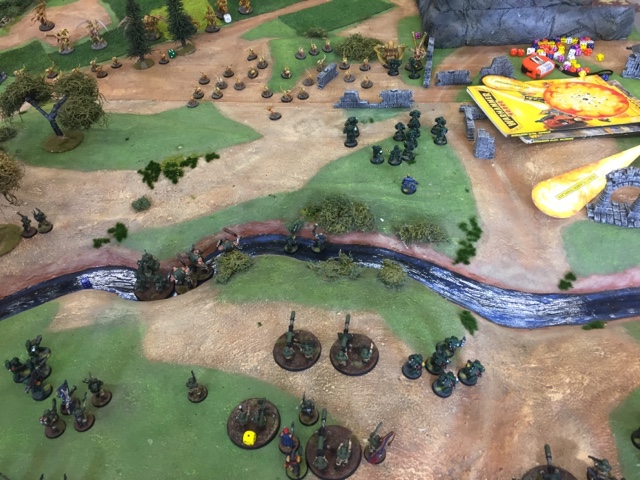 Whilst it is suitable for small skirmishes and squad level encounters second edition is comparatively clunky when larger numbers of models are present on the table. This is particularly evident in the close assault system where players require a degree in applied mathematics in order to work out who has hit who and what the effect was! After the first round of close combat my eyes began to bleed!!

Nonetheless it was still amazing fun and I think we all had a great time... Except my terminators; they got eaten!

Once again BOYL was a fantastic event and I had a great time (and spent loads on models); I really need to express my thanks to the Ansell's for hosting the event and all the members of the community who made this happen.

I already have nascent plans for 2018's event!!

Posted by LegioCustodes at 11:17