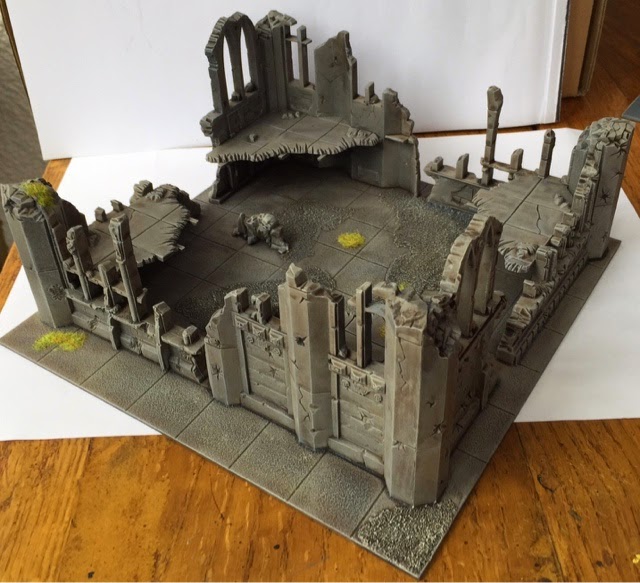 This piece came out really well in my opinion and I was so pleased with it that I wanted to get some more terrain that fitted in with the same theme. Now don't get me wrong, the new GW scenery is okay and I have a fair few pieces of it in my terrain box...but in truth they are a real bitch to put together and I personally feel that they deviate from the dark gothic image of the nineties that I am trying to emulate in this campaign setting.

With this in mind I dug out a box of Pegasus Ruins that I bought about seven years ago and hadn't gotten around to using (like so many models in my man-cave). On looking at them I could see they would fit perfectly next to the earlier Gothic ruins and so I set about assembling them. Compared to GWs kits they are a tad crude but they go together quickly and easily and still look great.

You get two sizable ruins in each box, and I stuck these on half a modular movement tray each to tie them in with the other piece. 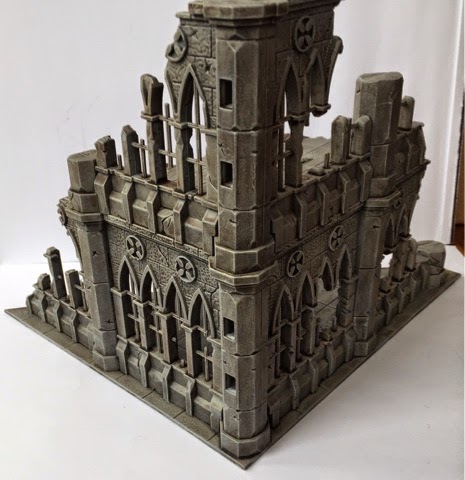 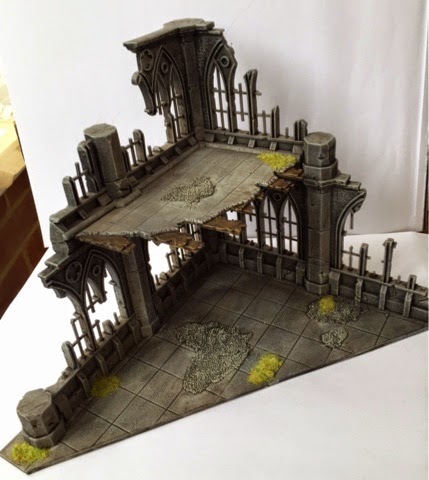 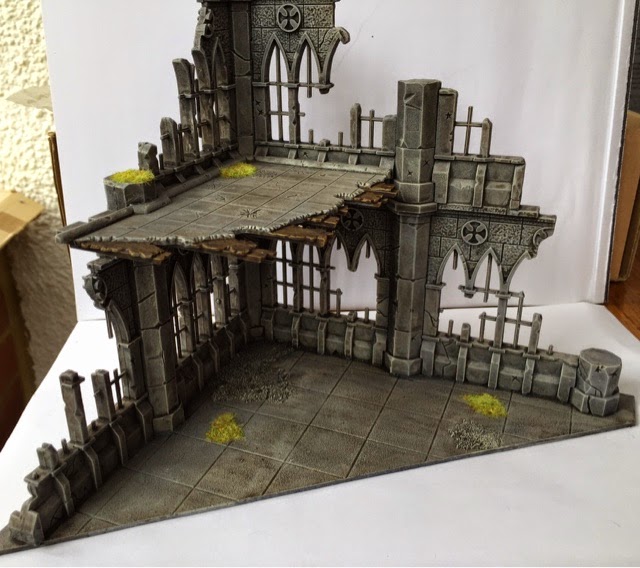 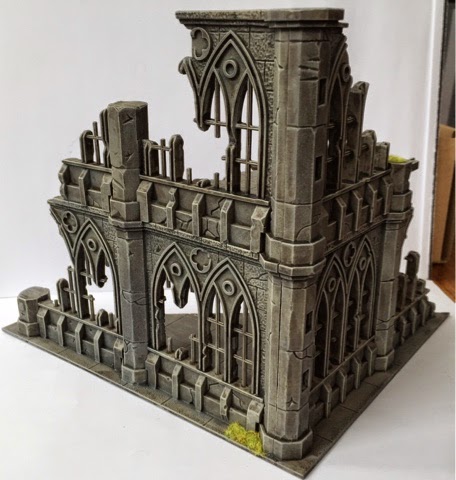 Painting was fairly simple, I sprayed the models with a black undercoat followed by a grey base. Once this was dry I gave the buildings a liberal wash in Devlan Mud. This was followed by a heavy drybrush of codex grey and a subsequent light drybrush of bleached bone. Once this was done I again waited for the paint to dry before super gluing on some green flock to simulate moss and make the terrain pop. The wood was painted in the same way as the rest of the model before being given two heavy washes of Devlan Mud.

Overall I am very happy with the way these buildings turned out, I was able to knock them up relatively quickly and I reckon they'll add a real sense of atmosphere to my campaign setting. I am considering getting a few more of these Pegasus buildings as they are a joy both to put together and paint...and are also considerably cheaper than current GW terrain (no surprises there then!)

Let me know what you think!

Posted by LegioCustodes at 12:30