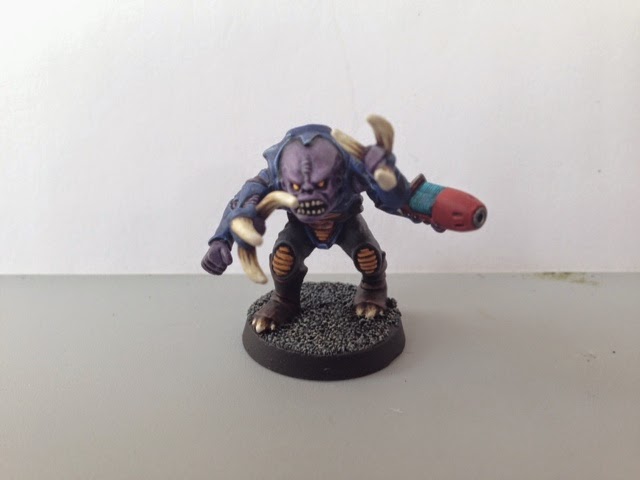 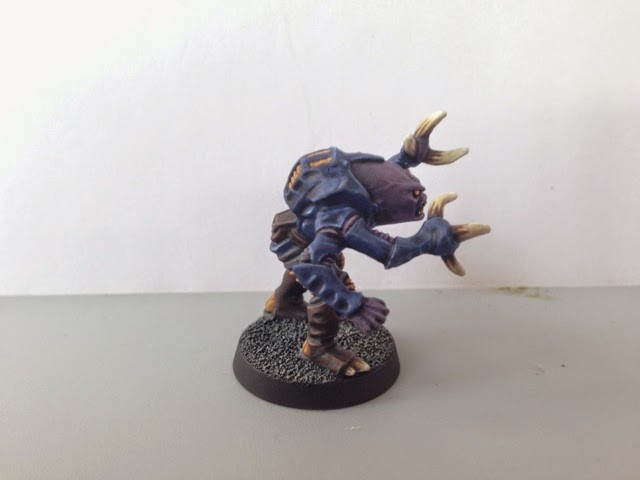 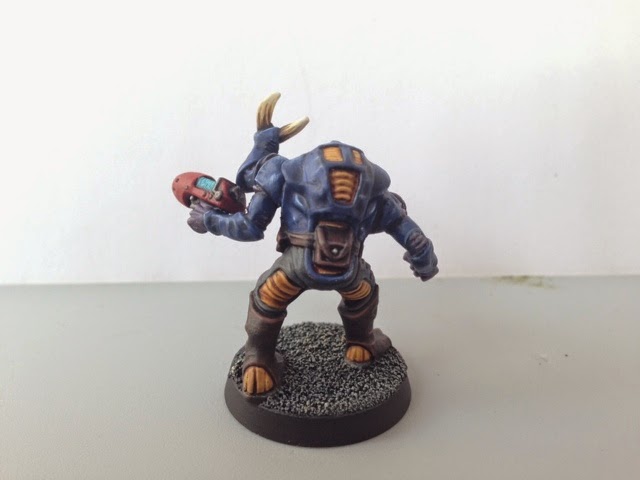 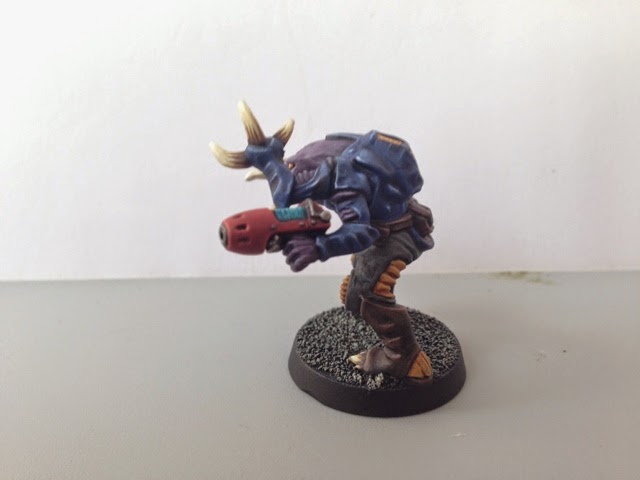 The first one (above) is close to a purestrain 'stealer with four arms very much in the manner of its parent species. I have equipped this beast with a plasma pistol from the 1992 Space Marine assault weapons sprue, this has been painted a deep red as a bit of a nod to Games Workshop's 'Red Period' of the early 1990's. 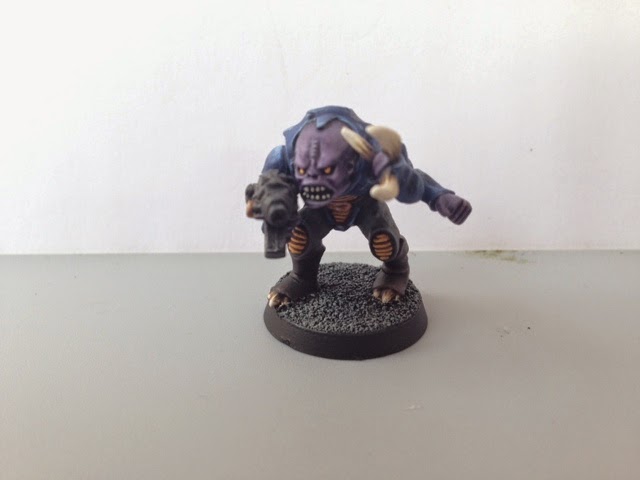 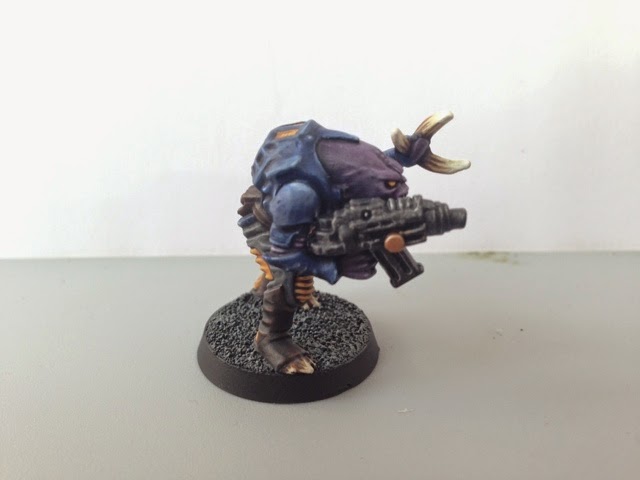 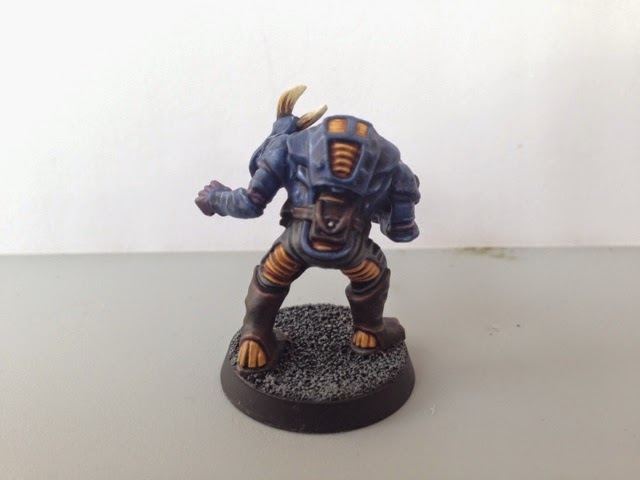 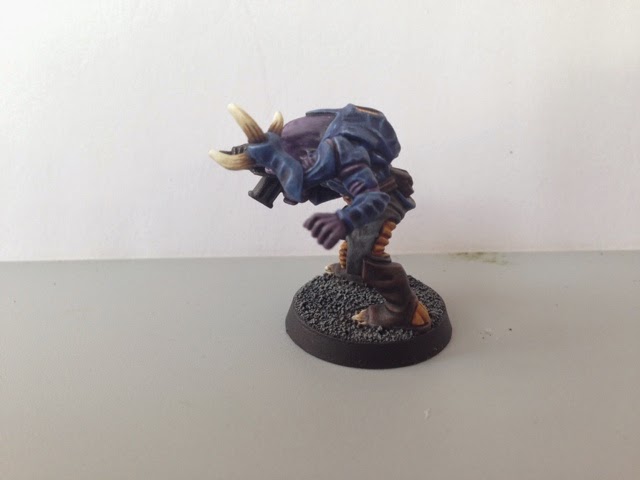 The second hybrid is marginally more human with only three arms and he has been equipped with a primitive looking boltgun from the 1980's Ork sprue.

Both models have been painted to tie in closely with my existing hybrids... Incorporating blue and yellow armour and grey trousers. However as these are supposed to be early generation hybrids I have made their flesh a much darker purple in order to link them closer to purestrain Genestealer genetics.

Truth be told I am not a big fan of these sculpts as I feel they are not really on a par with other models from that period, however now that I have painted them I actually find myself warming to their basic charm and they do fit nicely with the rest of the cult.

Next up I am going to continue to try and expand the cult's forces with a few more hybrids and potentially a couple of squads of brood brothers. I shall update you with how the force progresses!