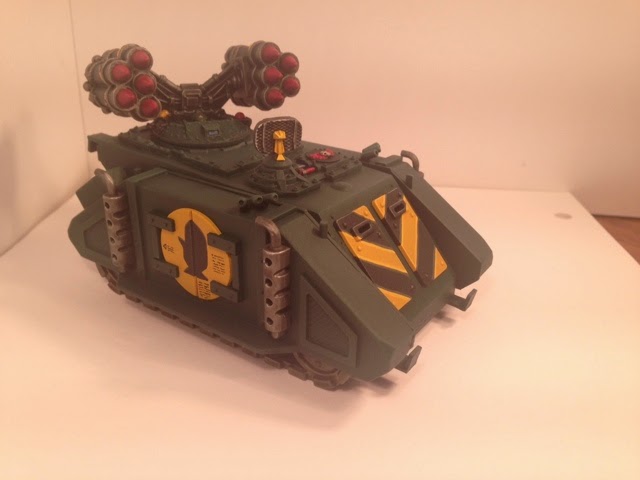 I love this classic variant on the original Rhino chassis and it will fit in nicely with my Predators and Land Raider and I have tried to paint it to fit in with this original theme. 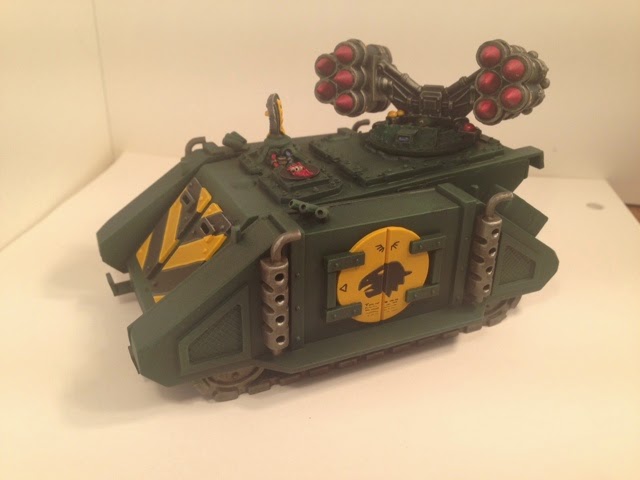 As you may have read in my last post I'm actually quite impressed with the new seventh edition rule set and so I have now been considering re-structuring my old school Salamanders army to play games of the compatible Horus Heresy rule set. The rules are pretty similar but the structure of Space Marine Legion Armies is substantially different to Codex Chapters. In light of this this Whirlwind will be re-designated as a Scorpios! 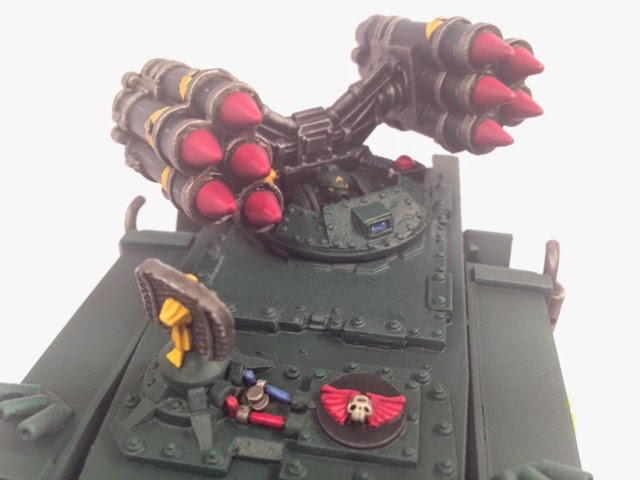 The Scorpios is far more powerful than the standard Whirlwind, upping it to Strength 8 and AP3. Meaning that finally my Astartes have some artillery that can really eliminate power armoured troops! 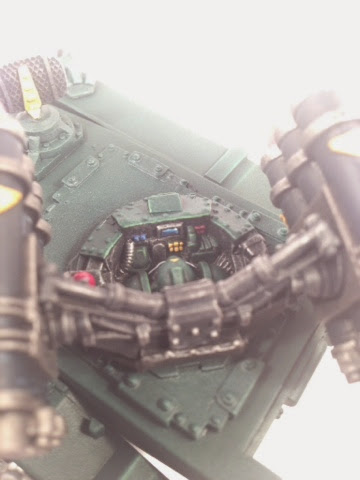 Overall I am happy with this new tank....next I need to churn outside some more infantry in order to meet the squad requirements for a 30k legion force... I best break out the RTB01 beakies for a paint job!

Posted by LegioCustodes at 03:06