These are the latest models off my workbench... Which makes them the first models I have managed to complete in 2016; hooray!! The models in question are five Orlocks from GW's Classic Necromunda range c.1995 (as opposed to the subsequent 2003 redesign of the models). 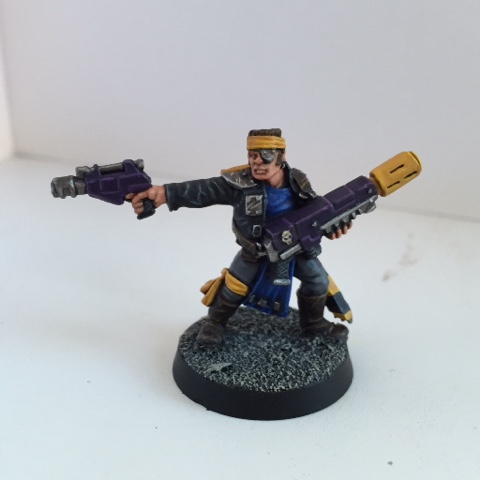 These miniatures will be used in a variety of guises for my assorted campaigns and games of 40k, they can easily be deployed as militia; gangers; Imperial Army Auxilia and more relevantly .... Genestealer cultists. Of course I'll obviously be playing a few games of Necromunda with them too!!

For those of you who have been following this blog recently you will be aware that I am running an ongoing Rogue Trader campaign for my stoic girlfriend ... and her foe in this endeavour is an insidious Genestealer cult that has established itself on the Imperial world of Logan's Bluff! As such these five models will initially find themselves reinforcing a previous batch of Orlock models as Genestealer Brood Brothers. 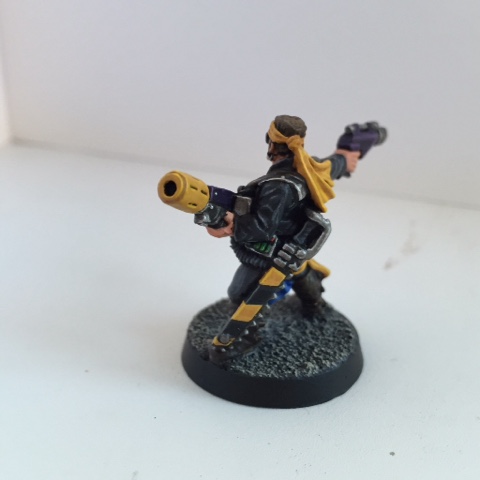 The first model is one of my favourites; a classic Orlock gang leader equipped with a meltagun; laspistol and chainsword... Quite a selection of weapons for one man to carry. I decided to give his chainsword some old school hazard stripes which is reminiscent of what the studio was turning out back in the mid-nineties. 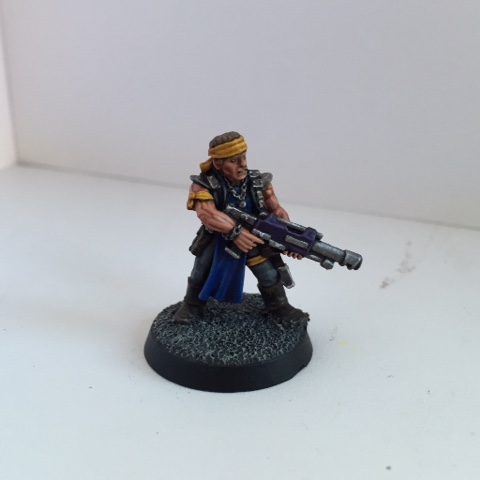 I already have a number of these old Orlocks painted up with shotguns and autoguns so this time around I thought I would bulk out the force with a few lasgunners for a bit of variety. Strangely I've found that in Rogue Trader games the stalwart lasgun is actually far inferior to the autogun. 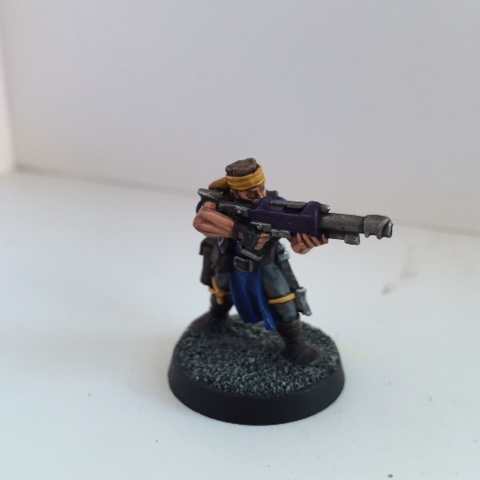 All of the models were painted in the same colour scheme to tie them in with each other and also my 'stealer hybrid models. Additionally when deployed as Imperial Army/Guard troops it will provide them a degree of uniformity on the tabletop. 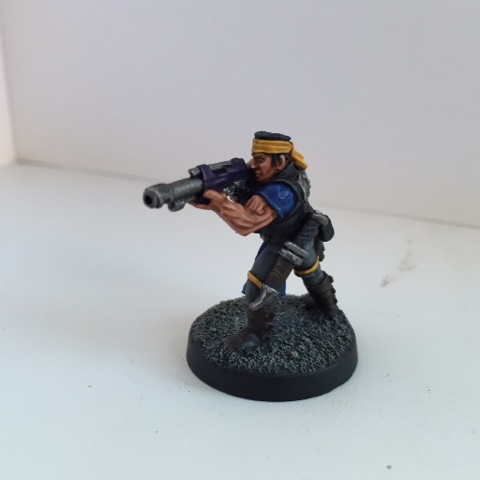 I have tried to capture a crisp, clean painting style that seems almost comic-book like which is in itself similar to that produced by the 'eavy Metal Team during the 'Red Period', though I have tempered this somewhat by avoiding the use of too much red on the models. In fact in this batch the colour red only appears on one model...see if you can spot it. 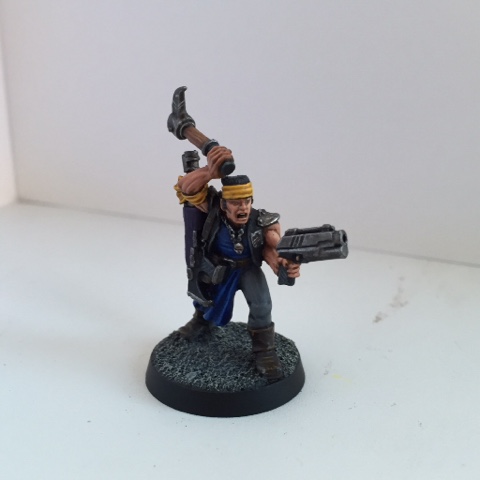 I really love this guy; the mix of high-tech laser weaponry combined with a basic pick axe really appeals to me. It perfectly conjures that ad-hoc militia image that I am going for.

I used Foundry's excellent Spearshaft triad for the wood striations on the pick axe handle. 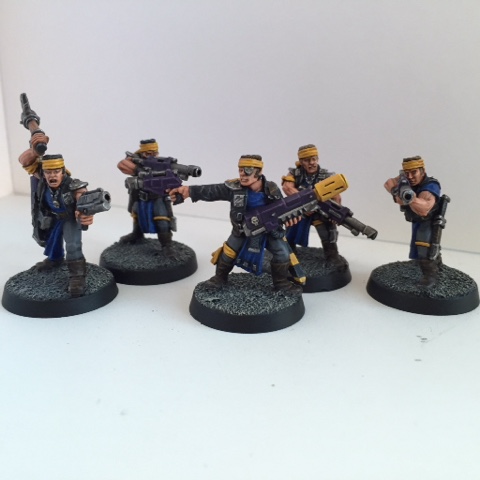 These guys have turned out really well and I am happy with the overall look. The lasguns round out my troops standard issue weapons nicely while the melta gun will provide some much needed anti-tank fire-power when facing Space Marines on the battlefield!

Whilst the yellow, blue and purple colour scheme can be quite time-consuming to paint I really like the final effect. I think I will try and add a few more heavy weapons troopers to this growing outfit next!!
Posted by LegioCustodes at 06:45