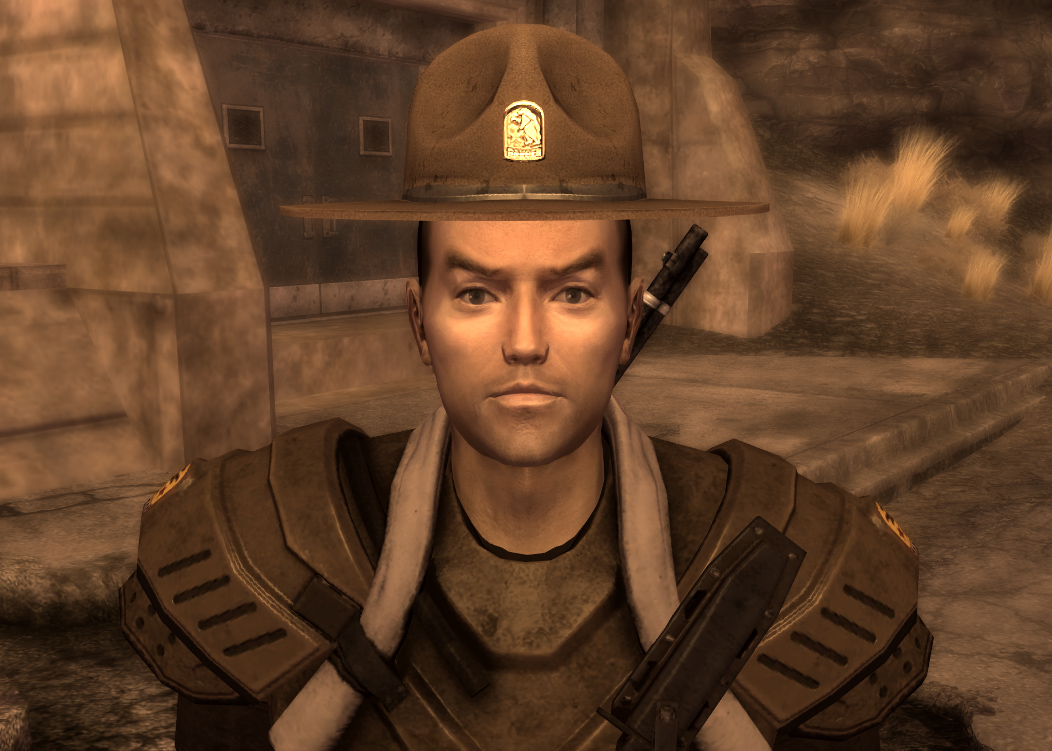 The iconic feature of the patrol rangers in the game is their unique 'smokey the bear' hat coupled with their light combat armour. I searched the internet for ages trying to source models that fitted this aesthetic and needless to say there wasn't a great deal out there as it quite a niche design concept. 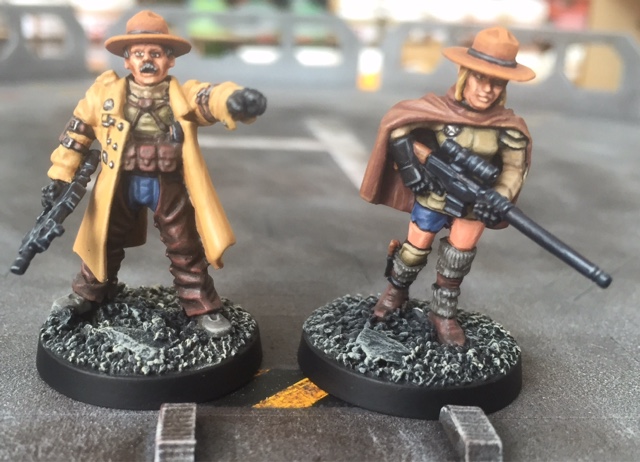 After my large Fallout vs Rogue Trader Battle (Battle Report) at 2015's Oldhammer day I considered 'borrowing' fellow blogger James Holloway of Gonzo Gaming's (James' Blog) idea of using Warzone Capitol minis for the role... but sadly they were slightly too large to sit comfortably alongside my other rangers. 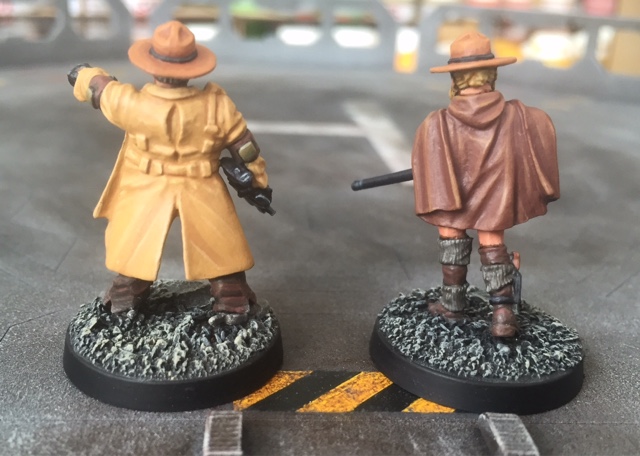 Eventually thanks to the sound advice from guys on the post-apocalyptic forums I located these excellent minis from World's End Publishing, and I have to say they fit the bill perfectly.

The models are actually designed to fit into WEP's own post-apocalyptic game called 'This is Not a Test' which is a great little system. However let's be honest...they're clearly heavily inspired by the NCR's elite troops...which can only be a good thing for my needs.

The miniatures themselves are great and each of them has a lot of character especially in their faces! I instantly fell in love with these models and ordered a huge batch of them (they are called Peacekeepers by the way) to give me sufficient options to vary their load outs, etc.

I painted them using Foundry's paints as I find their triad system works particularly well for colour schemes that require more muted tones...there are a lot of different shades of brown on these guys.

I am really happy with the results that I have achieved and I think these guys will fit in nicely alongside their brother Rangers....I wonder how they will fare against my recently expanded Brotherhood of Steel Army!
Posted by LegioCustodes at 08:25