So... I really liked the two Necron Destroyers that I did a few weeks back and thus I decided to reinforce them with some more floating robotic killers. 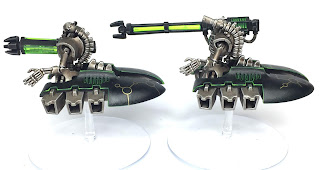 This time around I made the choice to do one standard Destroyer and one Heavy Destroyer for an even more powerful weapons upgrade.

I think I’ll predominantly be using these guys to conduct mobile tank hunting operations coupled with the ability to seize objectives thanks to their relatively high movement value. 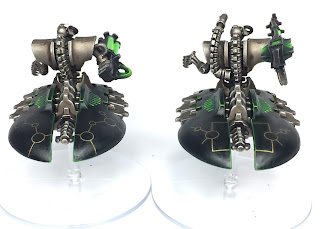 Once again I have to say that these models were an absolute joy to both assemble and paint and I really had a great time working on them. 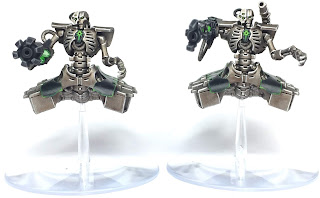 I think I’ll probably paint a few more of these next in order to push the squad up to it’s maximum size.

Posted by LegioCustodes at 14:32