My mission to recreate the old ‘Battle at Sanctuary 101’ from 1997’s White Dwarf continues apace and this week I have finished yet another Cryptek to Command my Necron aggressors in this scenario. 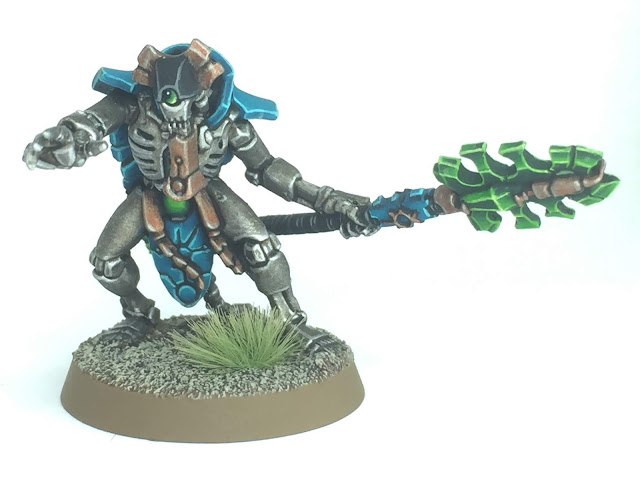 Due to limitations of the range of models available I have had to use be same Necron Cryptek model I have painted previously but I have given him a different ‘hand’ option to distinguish between the two characters. Again he was made from the nightmare that is ‘Finecast’... rubbish resin! 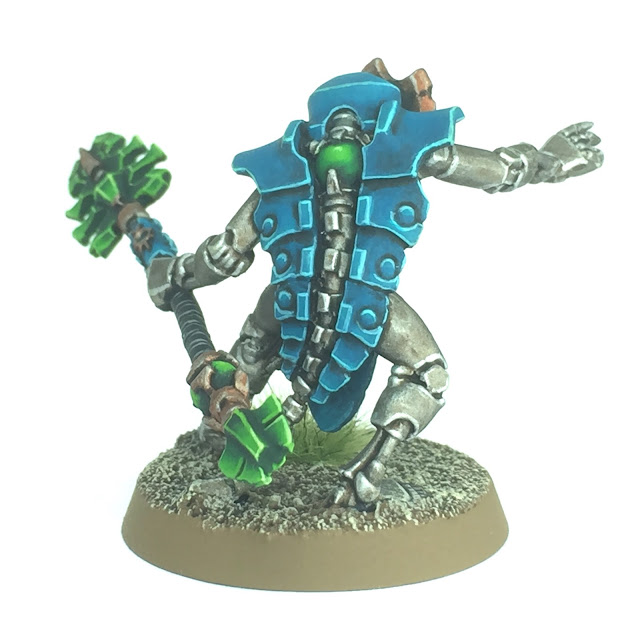 I’m really pleased with both how the turquoise armour and green powered blades have come out on this model. I took a lot of time blending these colours but it was worth it in the end. 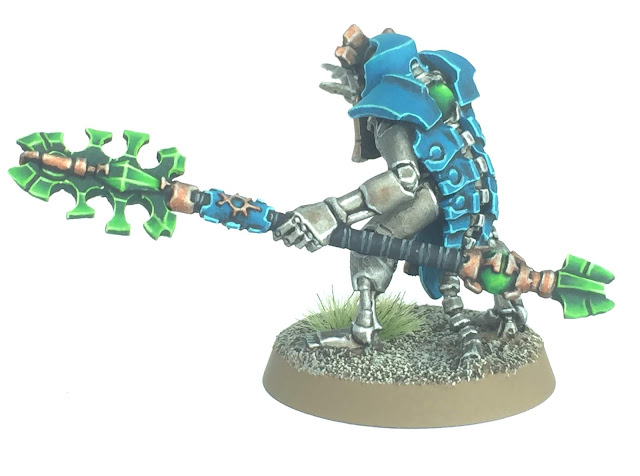 Next up I’ll try to do a Character for the Battle Sisters I think... stay tuned!!
Posted by LegioCustodes at 15:03