This week I’ve been mainly preparing and basecoating a big batch of models for subsequent painting later on.

I have recently set myself a little hobby goal for 40k... I’m going to try and make a fully viable army of Primaris Space Marines for my pre-existing Crimson Fists force using predominantly the clip-together/easy-build models. 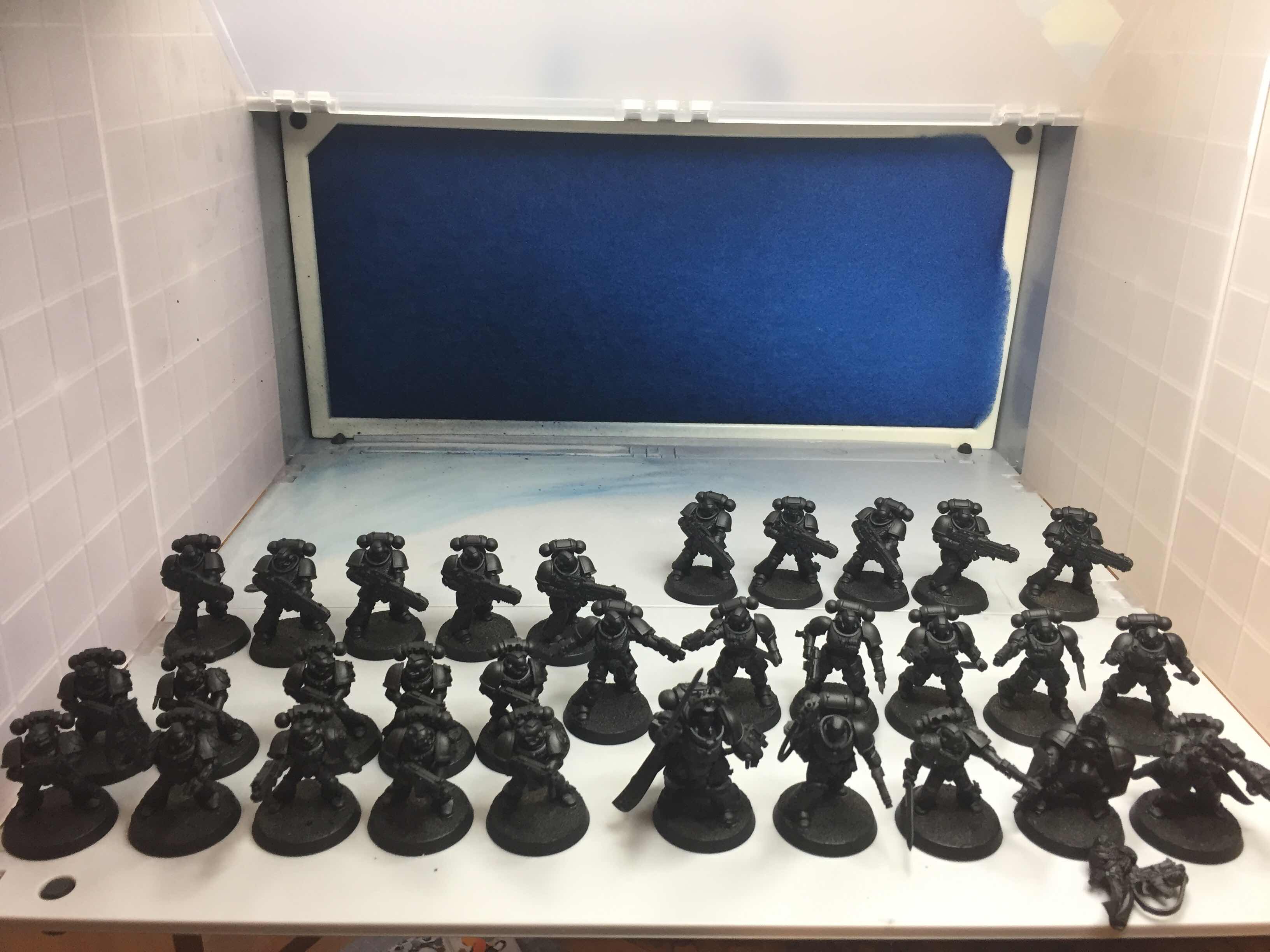 You have probably already seen the start that I have previously made on this project with the ten Intercessors and five Hellblasters I’ve painted.

Next up I have prepared a Primaris Captain; two Primaris Lieutenants; ten more Hellblasters and five Reivers. I have also assembled ten old style marines (for my Devastator squads), an old style Captain (from the Assault on Black Reach box that is now unbelievably 10 years old) and 2 old style Lieutenants. 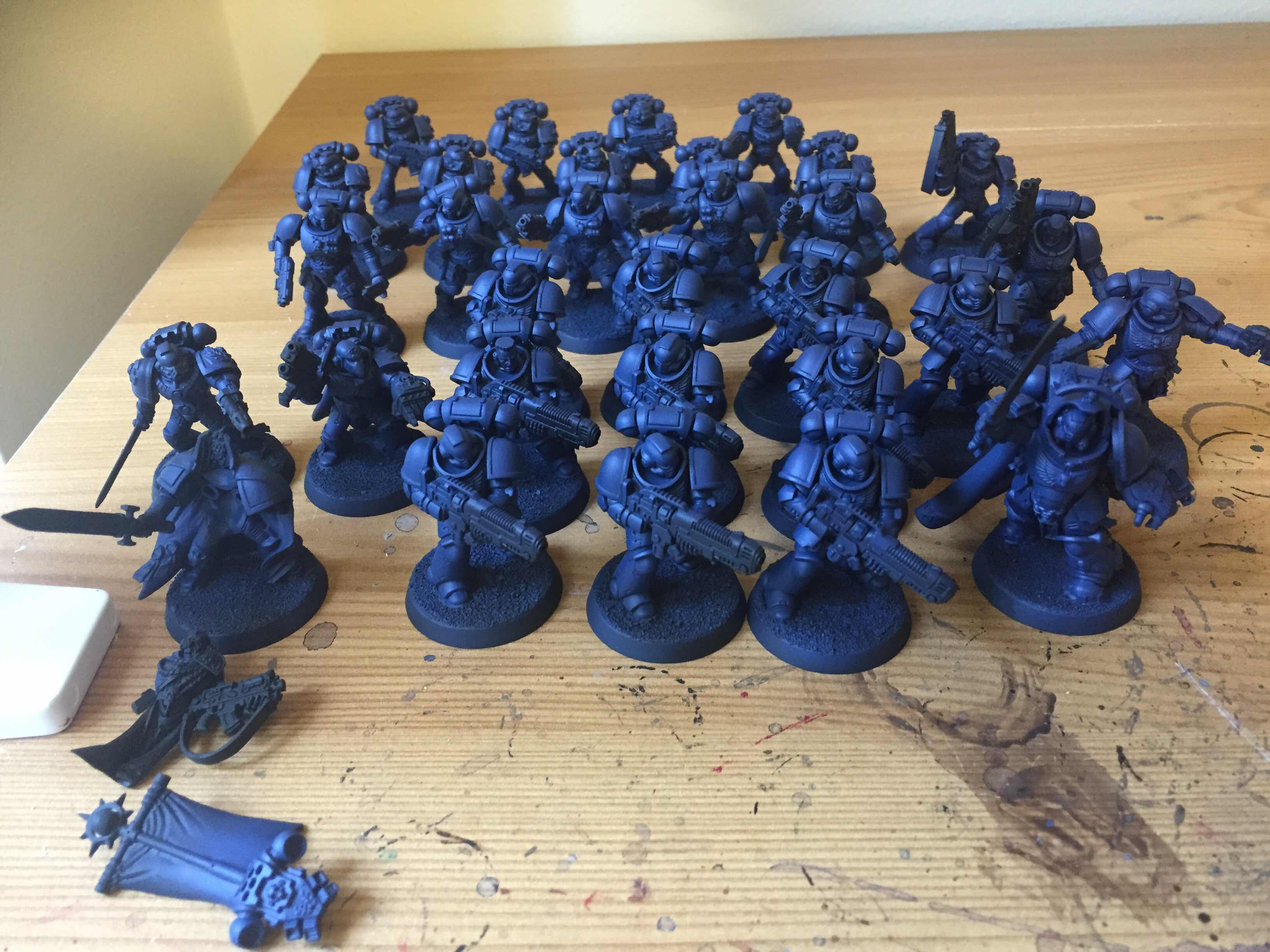 The joy of having an airbrush is that once I had assembled these models I was able to undercoat and then basecoat the whole damned lot in a couple of hours. Something that would have taken me a lot longer by more traditional methods.

Now that I’ve got these miniatures all at the basecoated stage I think I will initially focus on painting up the Primaris Captain first!!

I shall update you with how I’m getting on in the next post!
Posted by LegioCustodes at 17:11